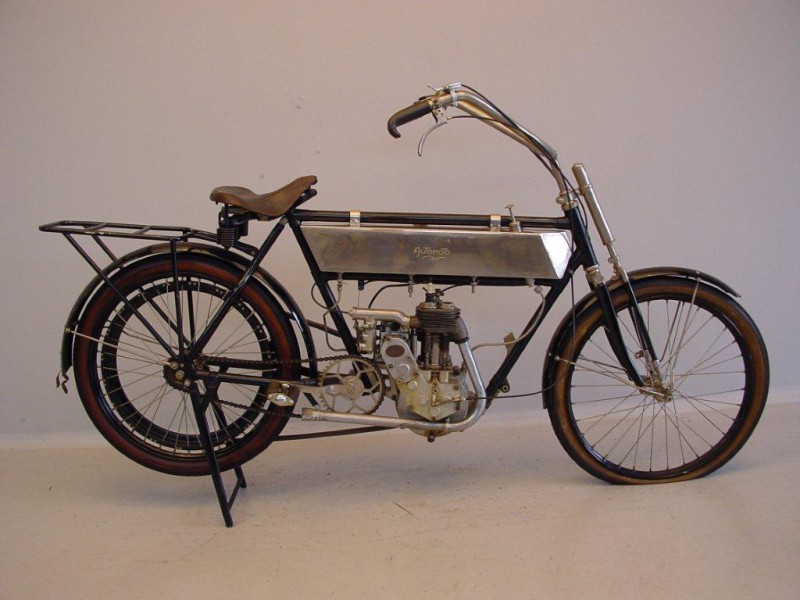 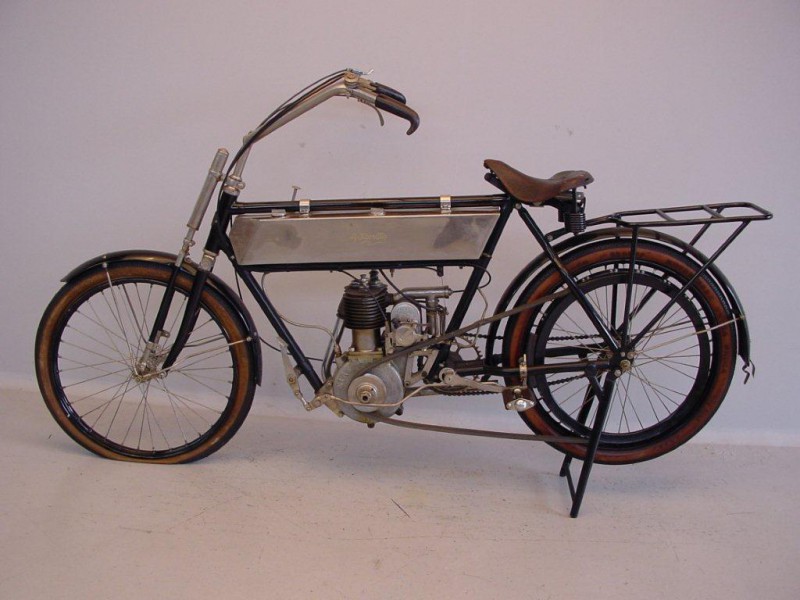 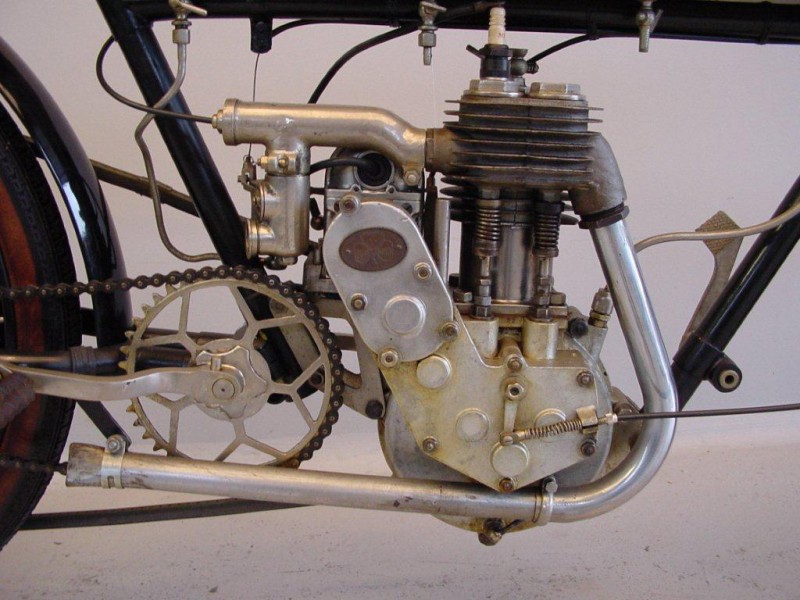 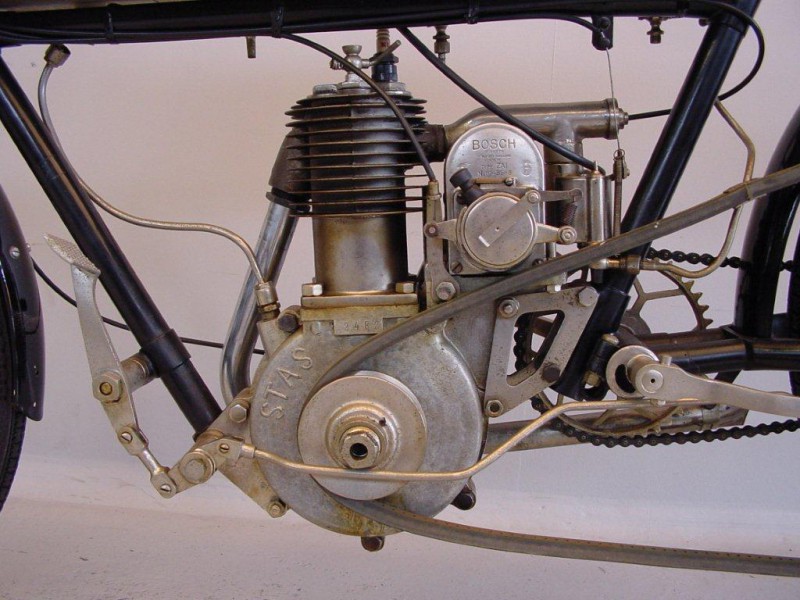 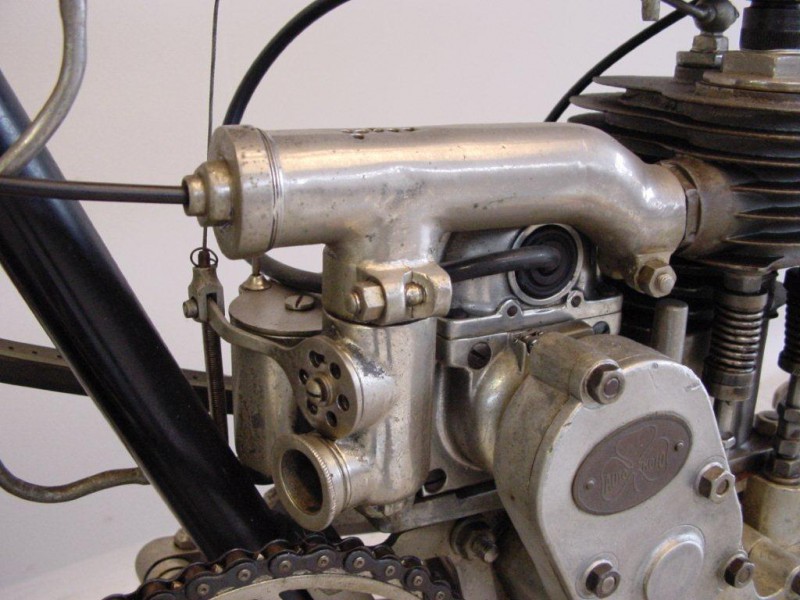 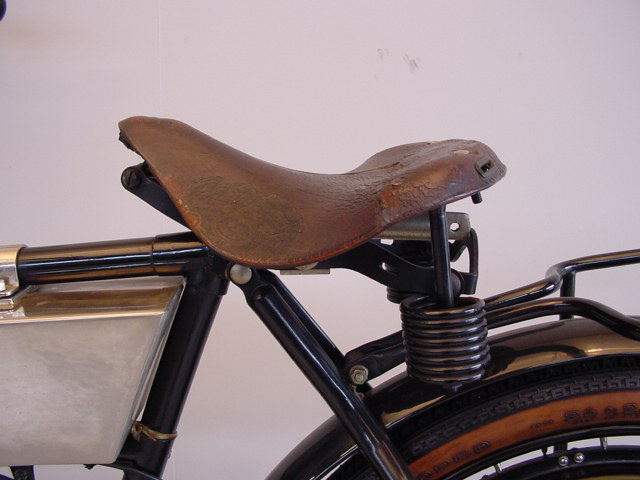 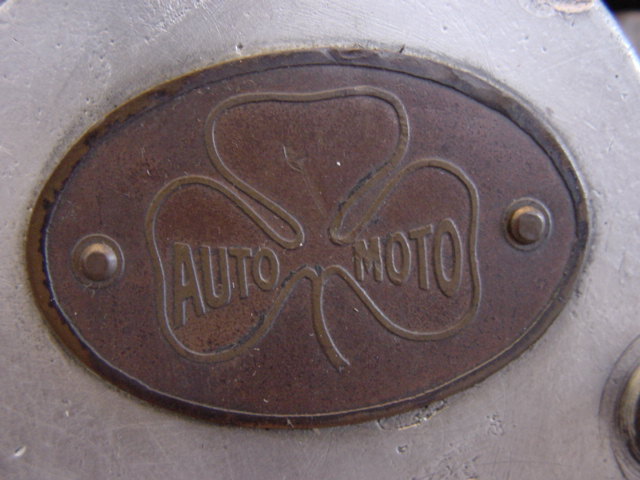 Automoto was one of the pioneer French makes: bicycle production  started in 1895 in  St. Etienne, and the first motorcycles and tricycles came on he market in 1899.
Initially own brand engines  and Moser engines were employed , in later years Automotos were powered by engines made by  Zurcher, Chaise, JAP and Villiers to name a few.
This charming, well finished veteran  is equipped with a Swiss Moser engine, as witnessed by the cast –in letters in the crankcase. “STAS” stands  for the place where the Moser factory was situated: Saint Aubin, Schweitz.
Automoto machines were very sturdy and of great durability.
During the concentration of the French motorcycle industry Automoto joined the Peugeot group, which already included makes as  Magnat- Debon   and Griffon..
This  excellently restored early machine has direct belt drive and Bosch magneto.
Note the interesting front suspension.