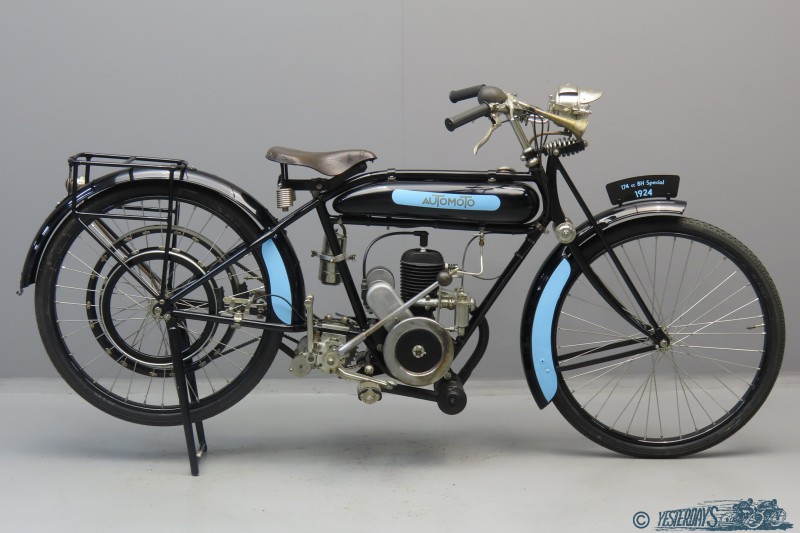 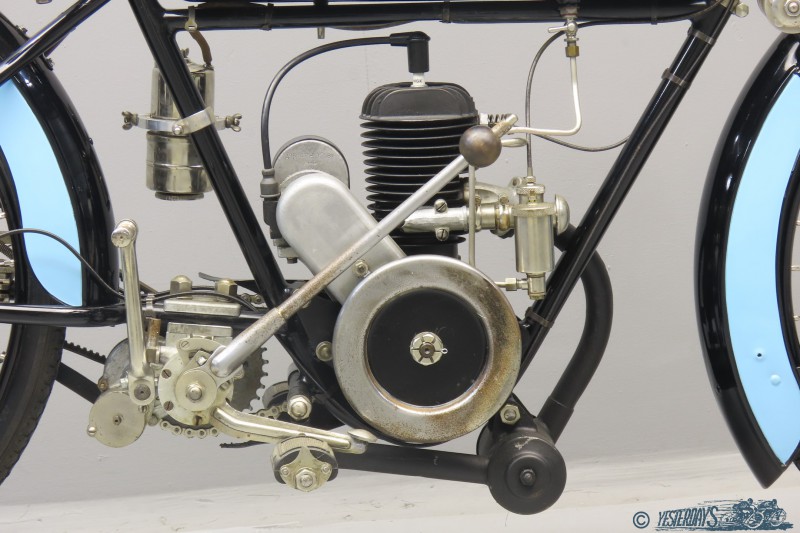 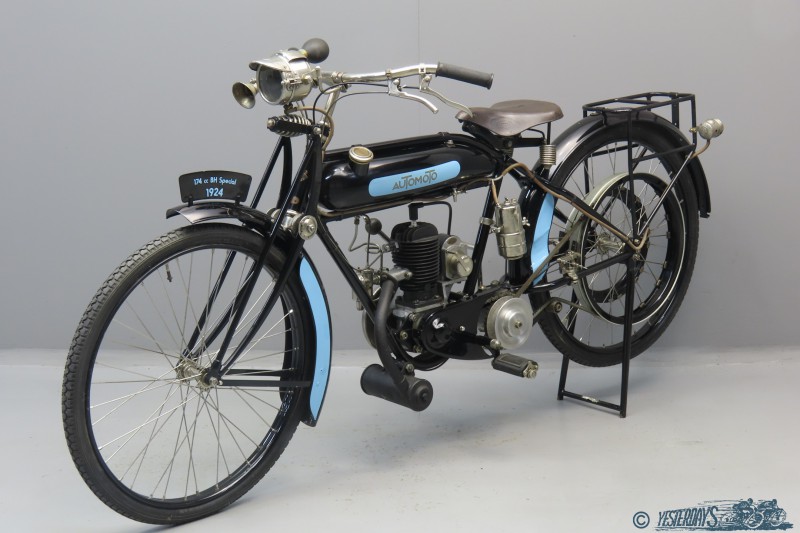 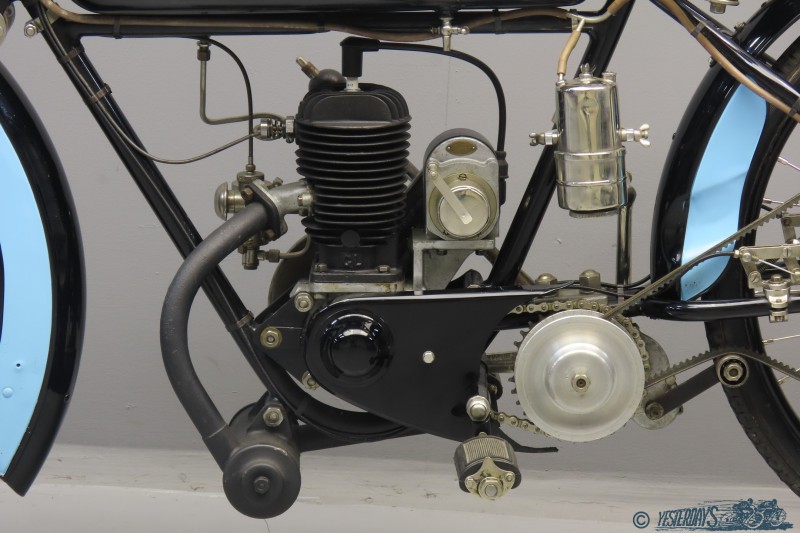 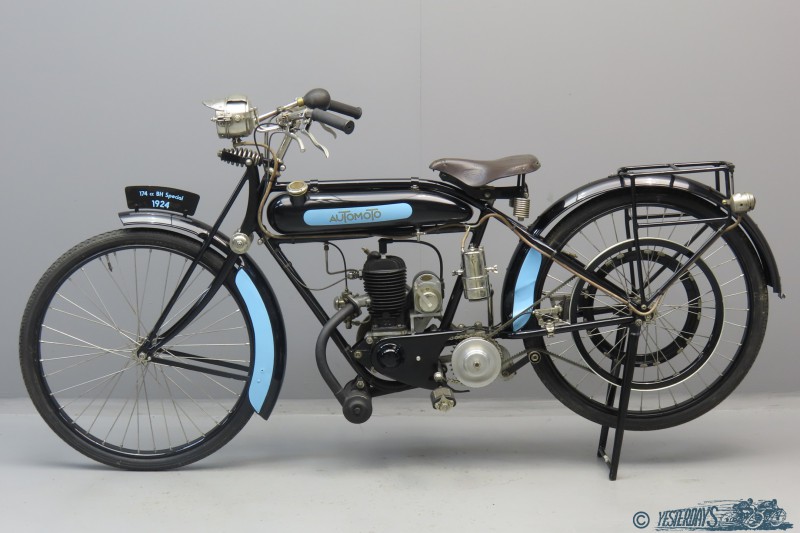 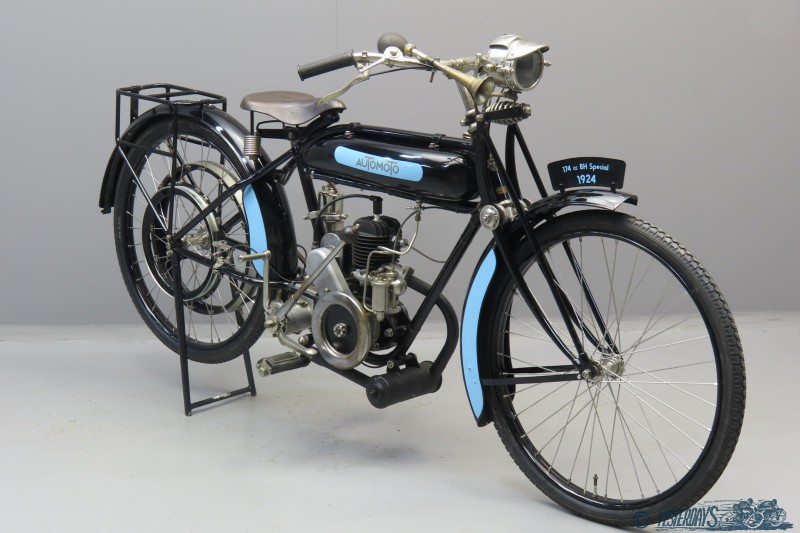 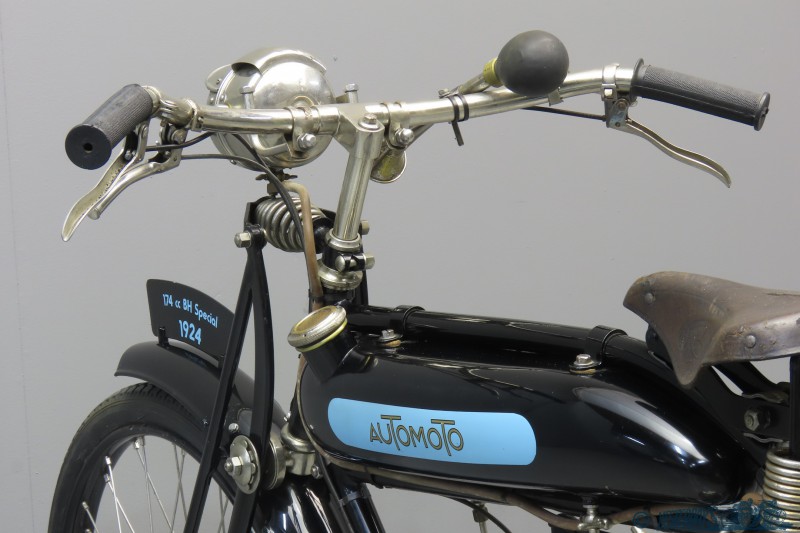 Automoto was one of the pioneer French makes: at the end of the 19th century a group of bicycle parts manufacturers in St. Etienne merged into one company that got the name Automoto. Soon production of complete cycles, motorised tricycles and automobiles was taken up, next to various other products such as washing machines, hunting weapons and sundry agricultural machinery. During the 1914-1918 war the company focussed on munitions manufacturing and by the end of 1922 motorcycle production was taken up again with a light two stroke model for which the Evans Powercycle had been the inspiration. Around 1930 the company got into financial difficulties and was taken over by Peugeot.
The light two stroke was a commercial success and from 1923 on various two stroke models would be marketed. The 175cc class became popular in France and this 1927 BH Special is an excellent example of this type of light two stroke. The little machine has chain-cum-belt drive and a variable gear system (Warians). The big lever on the right of the engine controls the width of the engine pulley; for idling the belt rides on the centre of the pulley that comprises a free running ring. A belt tensioner makes sure the belt has the correct play. There are two independent brakes on the rear wheel, both operated by levers from the handlebars. The spark is provided by a Magneto France instrument, the mixture by a Longuemare carburettor. The saddle is a French licence Brown. Accessories include a Luxor acetylene front lamp and a bulb horn. This attractively styled and coloured vintage mount has been part of a static private collection for years, so a good check-over before taking her to the road is advised.