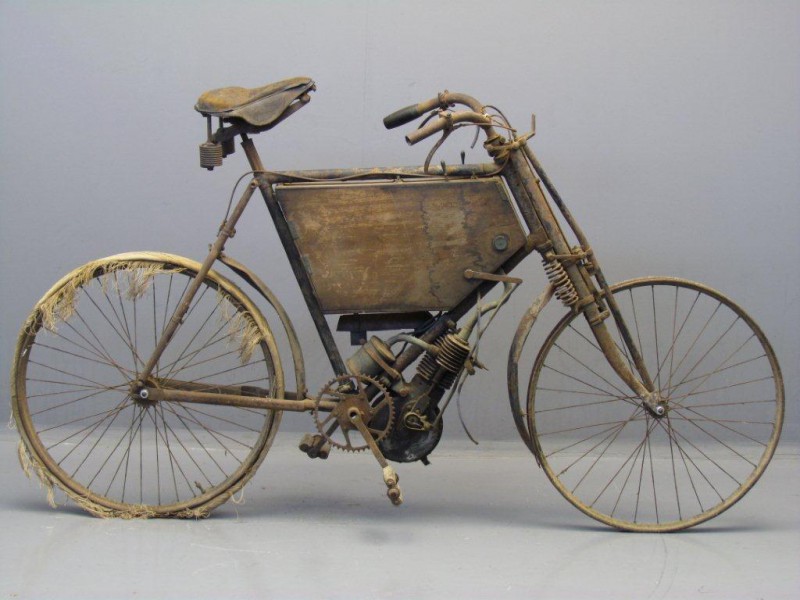 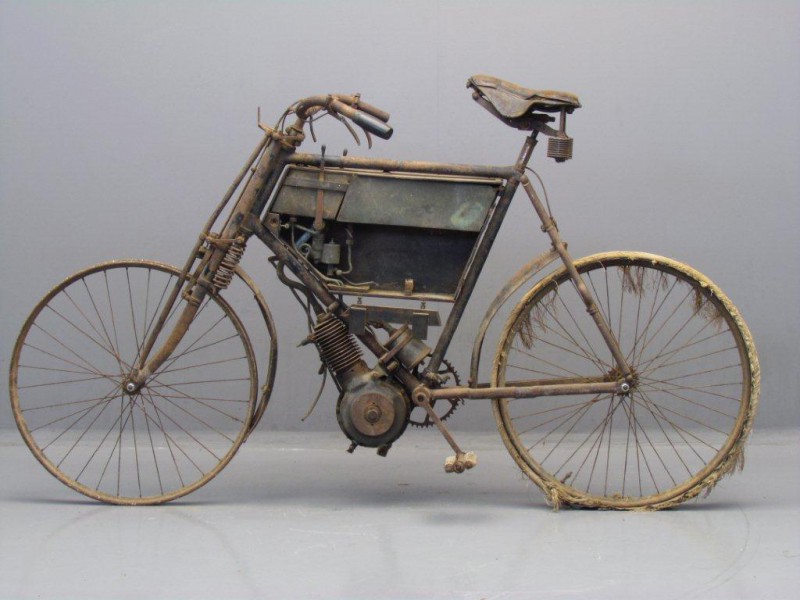 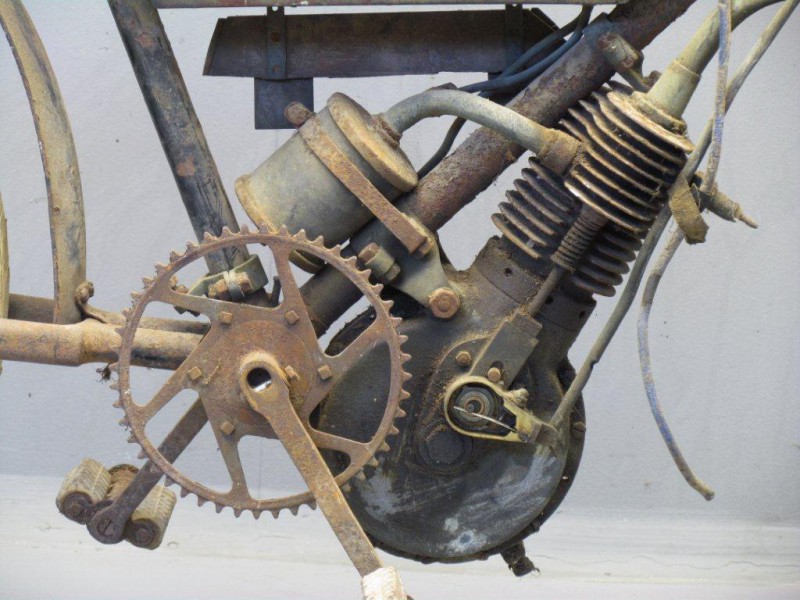 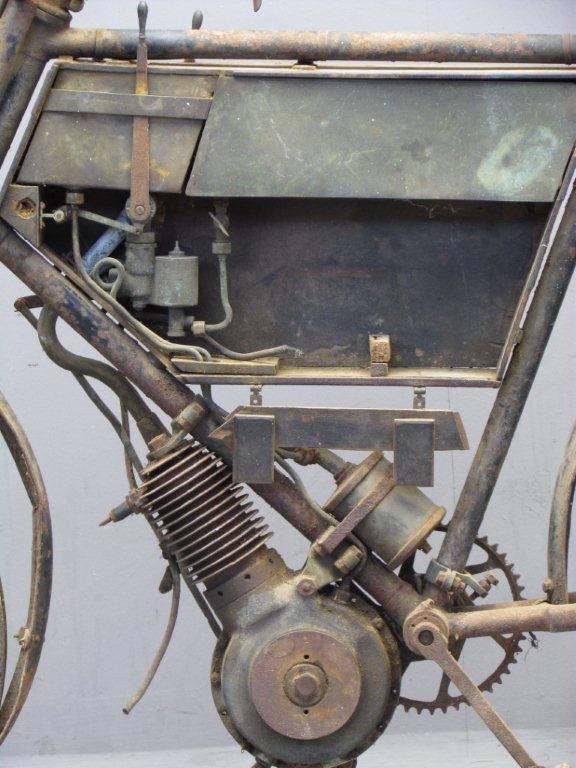 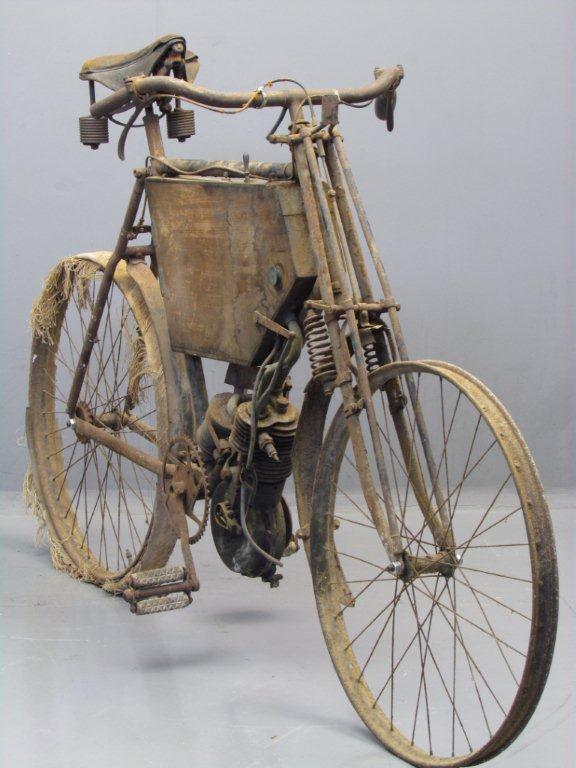 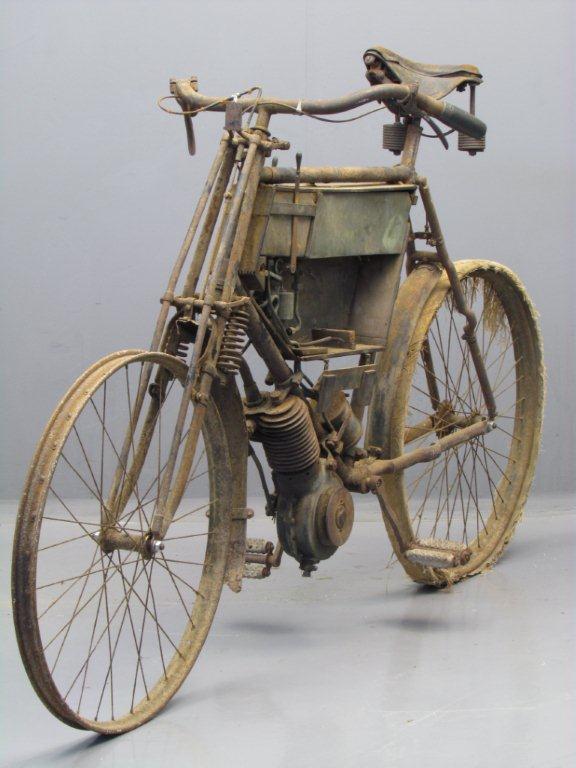 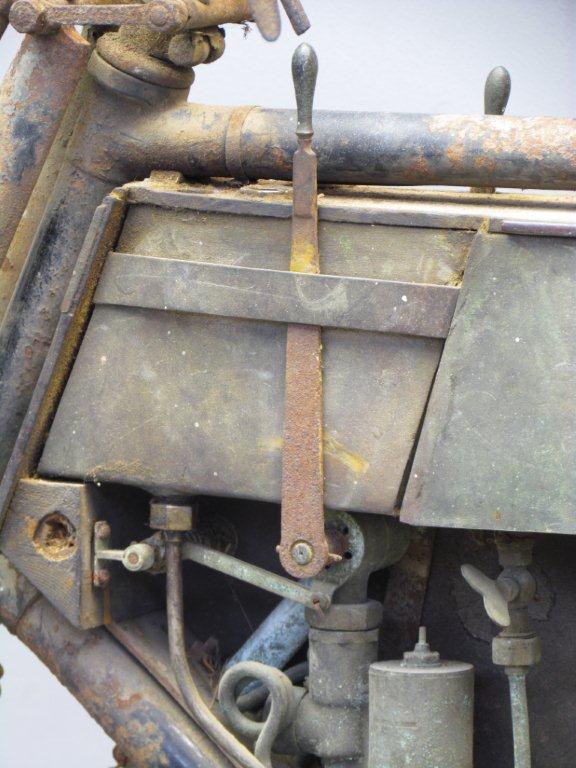 The  A.V. Motor Co.   was based in Aston Lower Grounds, Witton, Birmingham.
They were manufacturers of cycle motors and accessories.  T
he gentlemen in charge were J.G. Accles and  F.H. de Veulle, hence the  name  A.V. .
De Veulle’s  name was mentioned regularly in  early   Motor Trader magazines in relation to patents for carburettors.
The firm  presented its first machine,  built up with BSA fittings,  at the Stanley Show in London in November 1902.
Bore and stroke of the engine were  2  9/16  inch   x 3 inch.
In the 1903 catalogue the company proudly declared: “ We have overcome leaky crank case troubles, lubricating troubles and contact breaker troubles. “
An unusual feature of the engine was the way the cylinder and crankcase were held together: “ The cylinder has a projection at the lower end which fits into a recess in the upper end  of the crank case.
A large ring nut is screwed on the cylinder and firmly binds the cylinder and crank case together.”
Even more unusual was  that the petrol tank, oil tank, carburetor, tool box  and battery were  all  housed in a  highly finished wood case.
The customer could choose between  oak, walnut and  mahogany.
The carburetor was of the F.N. type.
With the machine comes an original 1903 catalogue and a 1906  copy of the entry in the Birmingham  Register of  Motor Cars  reg.   O 720, issued to a Mr.  Thomas Darley.
The original  bicycle type front forks were  replaced  by  more modern ones at  a very distant point in time and the machine was stored in a dry garage in the 1920s.
It has not been touched since, which makes it a very special machine.