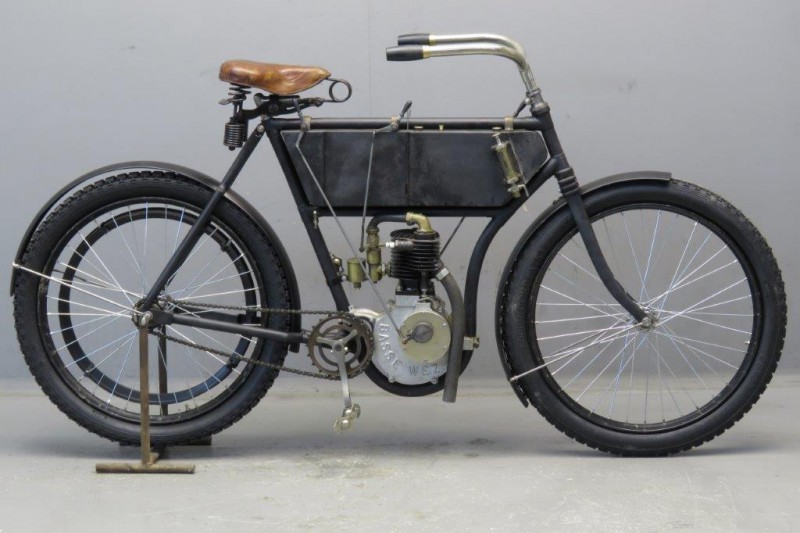 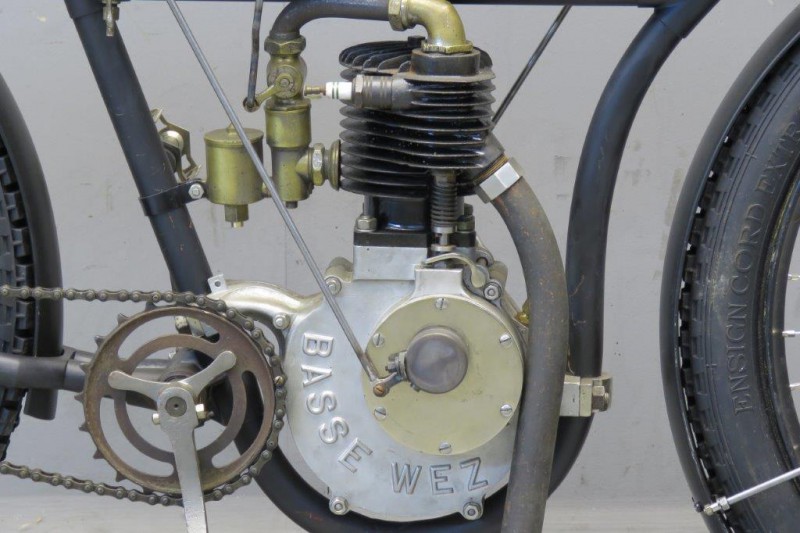 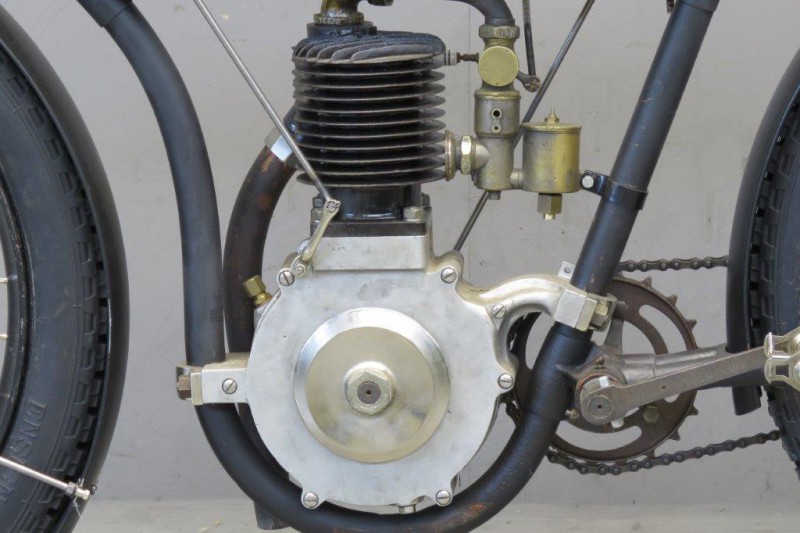 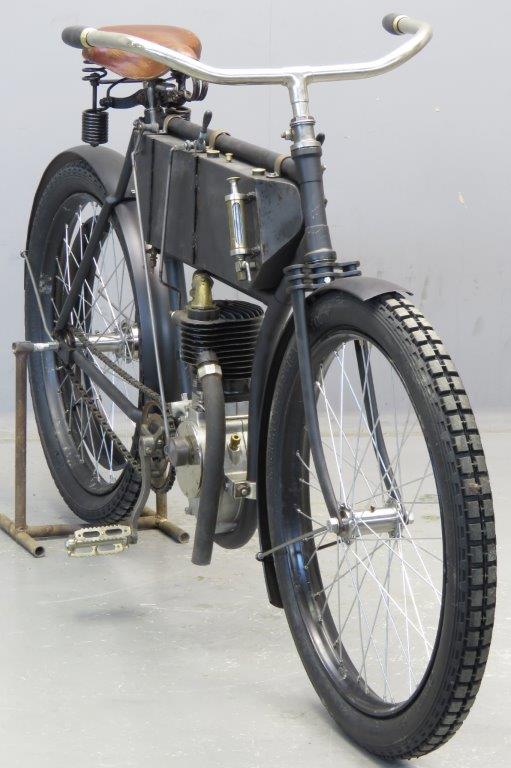 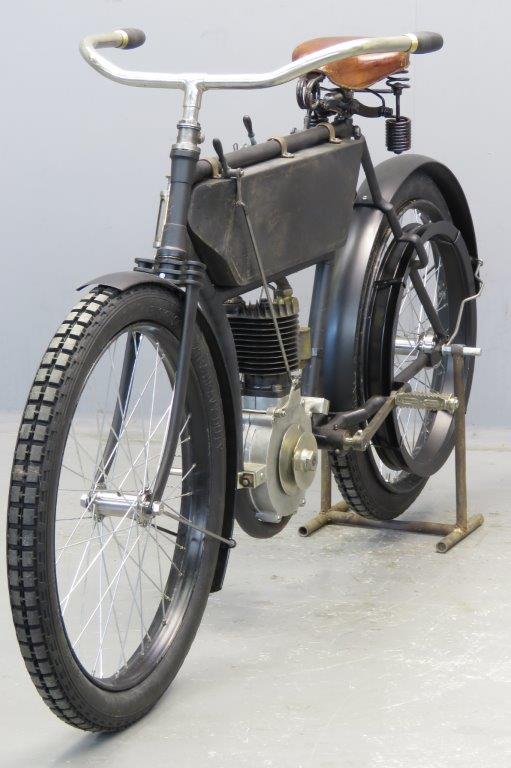 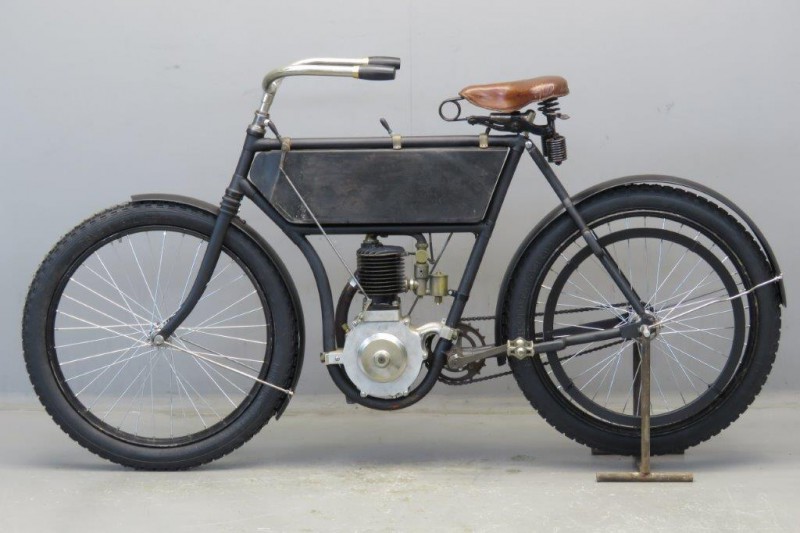 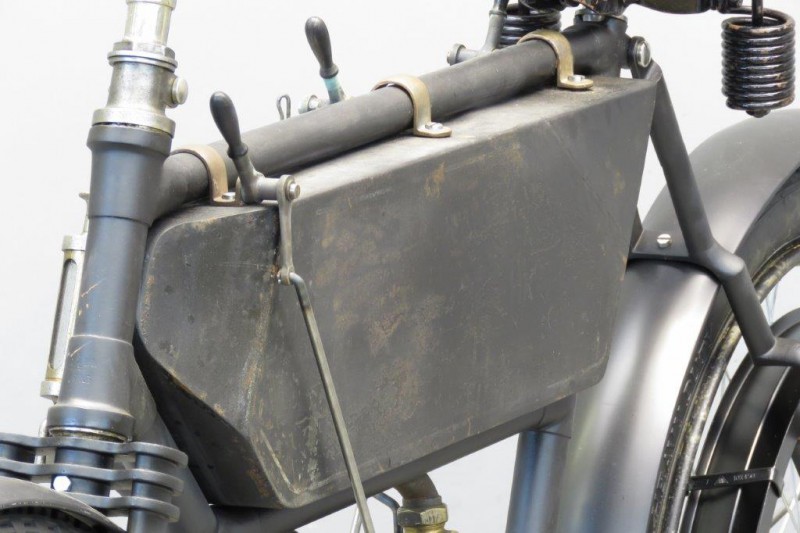 The Société Anonyme de Basse-Wez was founded in 1896 and was situated at 194, Rue de Basse-Wez in Liège.
It must have been an small company of which not much is known.
Motorcycles were produced for a short time only: the first machines were probably announced at the Brussels Show in February 1903 and production presumably lasted till 1905.
As far as we know the machine we present here is the only survivor of this veteran Belgian make. Two types of machines were presented in 1903: a 268 cc 1 ¾ HP model with bore x stroke dimensions of 67 x 76 mm and a 327 cc with a 7 mm bigger bore.
All machines were fitted with battery and coil ignition and FN carburettor.
A 1903 advert in a Dutch magazine claims that the Basse-Wez had agents in The Netherlands and the United States. In the 1903 brochure the company claimed that the engines were made in their own factories.
That might be true for the earliest engines, but  later models (like our machine) were  equipped with Kerry-type  engines.
These were made only 3 miles away in the Saroléa works.
This Basse-Wez was originally sold in Denmark and was in the possession of Peter Christiansen, a blacksmith in the village of Kirke Sonnerup.
There is some documentation with the machine that gives more insight in its history. In 1969 the machine was found in an attic by a veteran motorcycle enthusiast.
It remained untouched for many years and only recently the restoration was started.
Now only a finishing touch is needed to  get  this ultra-rare veteran up and running again.