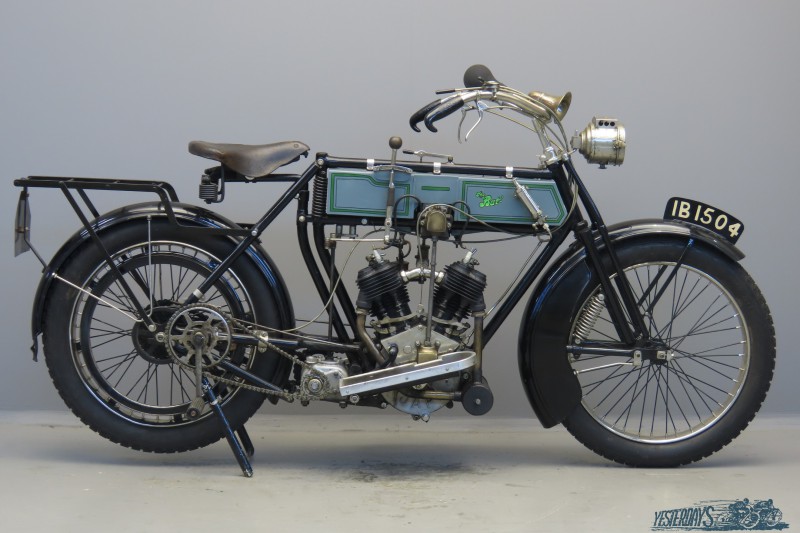 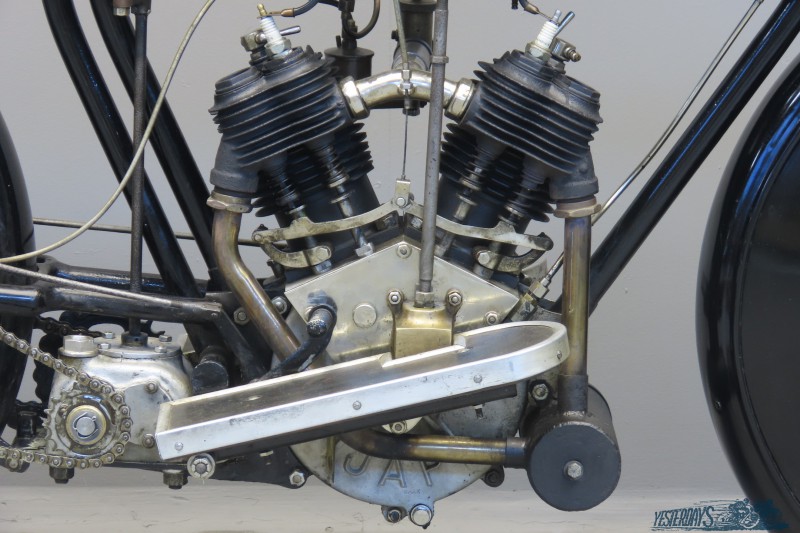 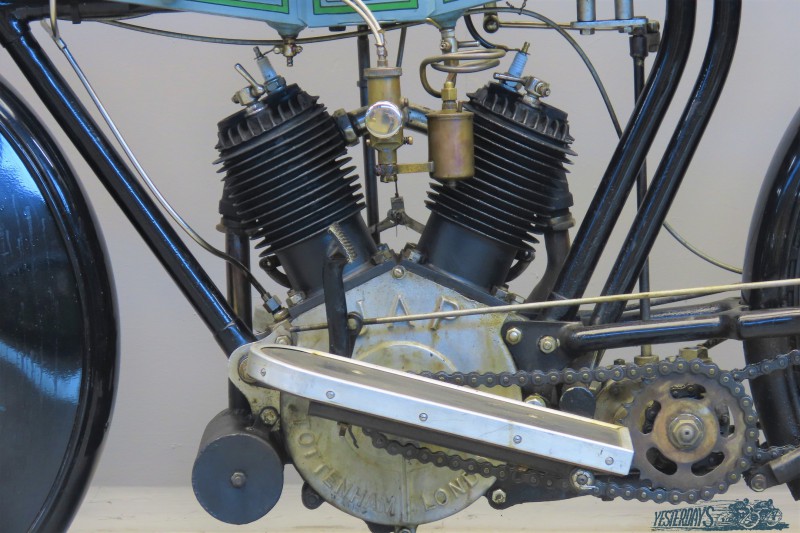 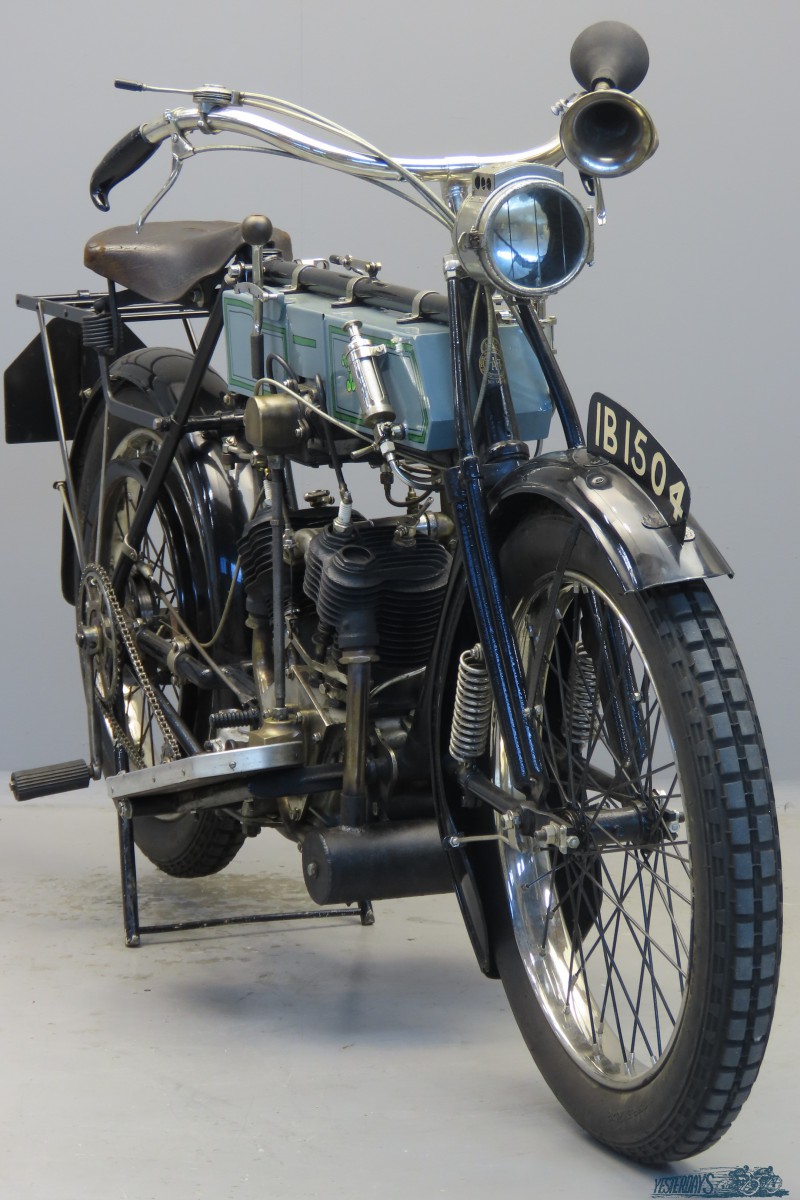 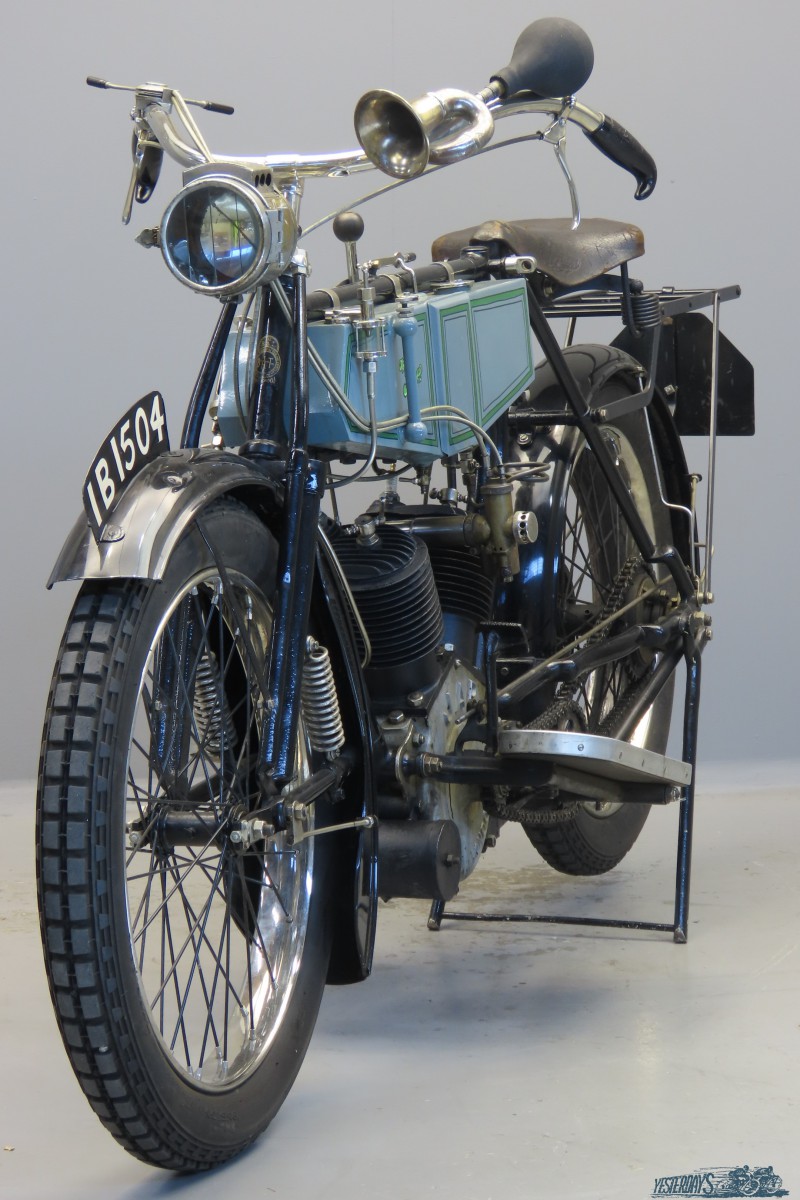 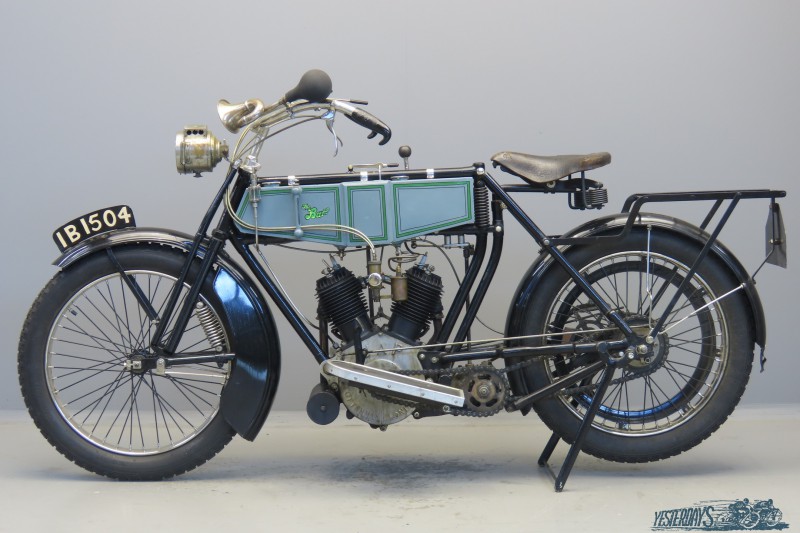 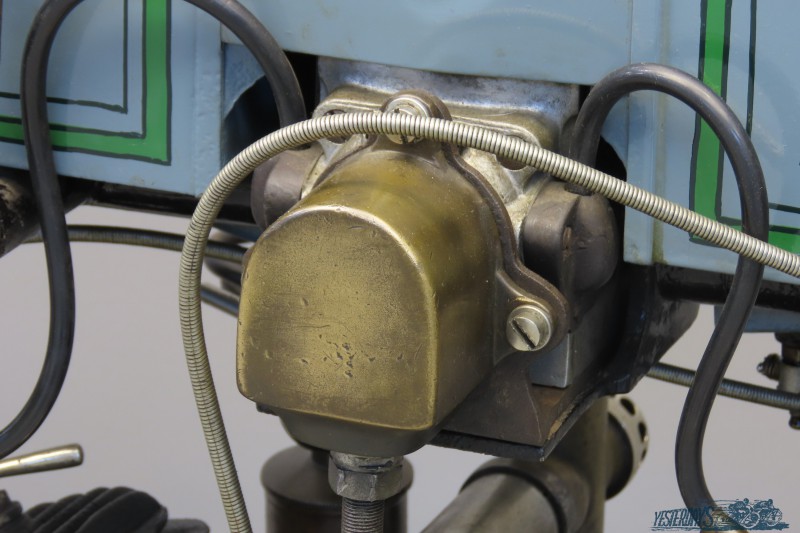 The company was started in 1902 by S.R. Batson in Kingswood Road, Penge, a district of South East London. The chosen name for the make was the first syllable of the original proprietors surname, but soon it was coupled to the slogan “Best After Tests”. The first BATs were fitted with sturdy De Dion Bouton engines which were positioned vertically in the frame. This showed foresight at a time when many manufacturers still clipped their engines to the frame tubes. By 1904 the business was sold to Theodore and Sidney Tessier, who went on to promote the make by taking part in speed contests. Until 1912 both twins and single cylinder models were produced but by 1913 solely V-twin JAP engines were employed.
For 1912 there was a choice between 770 cc and 964 cc engines. BAT was a make of distinction: they often didn’t follow general lines of construction but had their own ideas. One example is the position of the Bosch magneto, high and dry above the engine in a cradle which forms part of the frame. It is driven by bevel gears carried on either end of a vertical live shaft. An expensive solution but very effective as to the protection of the magneto. Another typical BAT feature is the comfortable riding position that is effected by the use of a sprung sub-frame suspended by the main frame that connects the saddle and the footboards.
After the Great War BAT got into difficulties; a merger with Martinsyde resulted in the BAT- Martinsyde but that didn’t save the company. More BAT information can be found in David Earnshaw’s article in “Old Bike“ issue 16.
This machine is a practical veteran: there’s a two-speed gearbox on board and a clutch in the rear wheel. Also a kick starter and all-chain drive were features most machines didn’t have in 1912. This rare well-built veteran is a good runner. She is road-registered and comes with old logbook and Pioneer Certificate; the IB registration was issued in County Armagh, Northern Ireland.