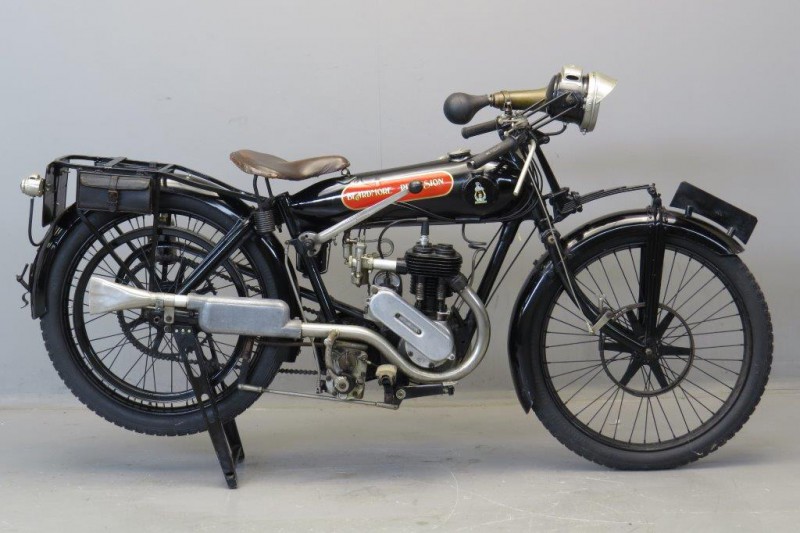 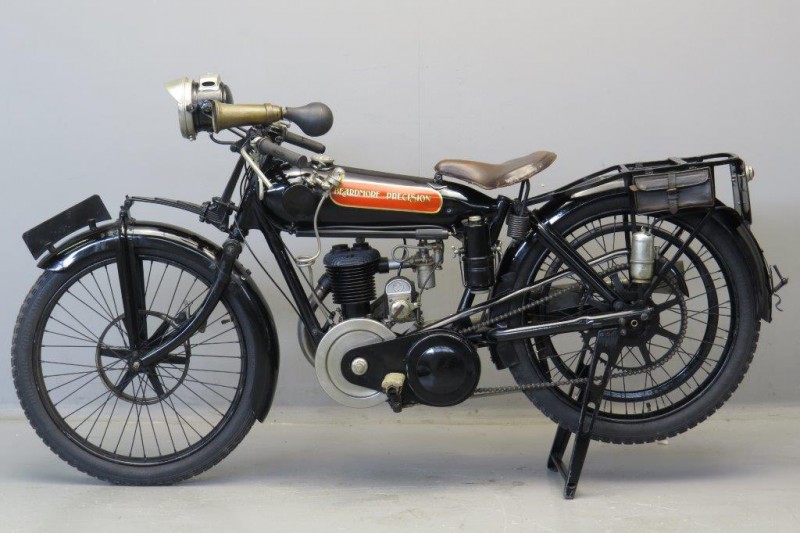 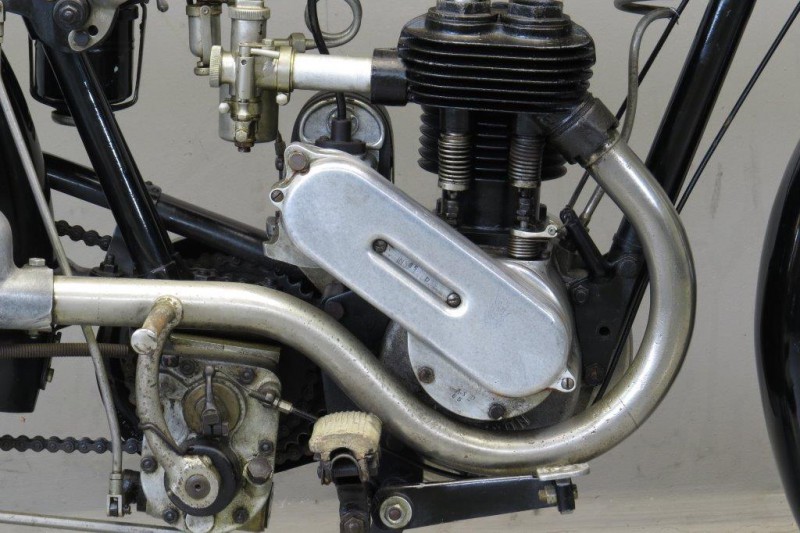 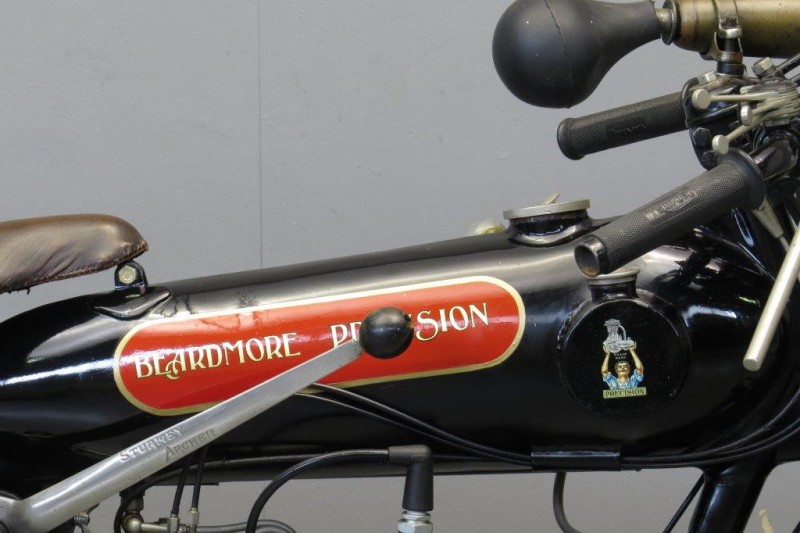 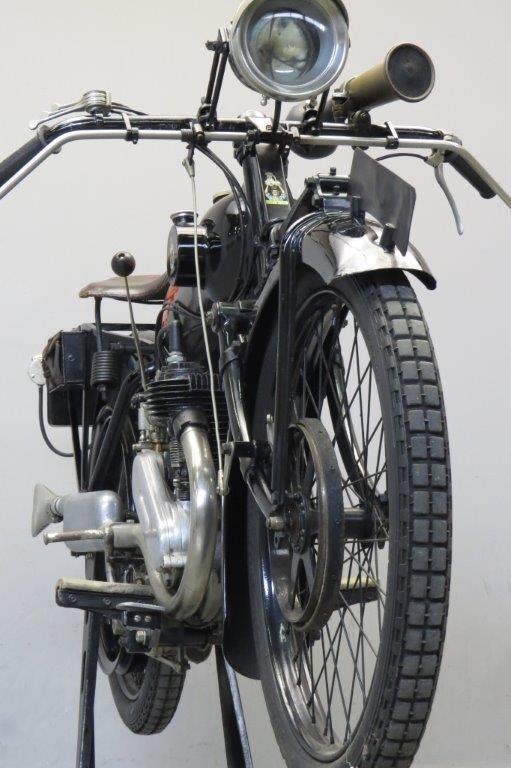 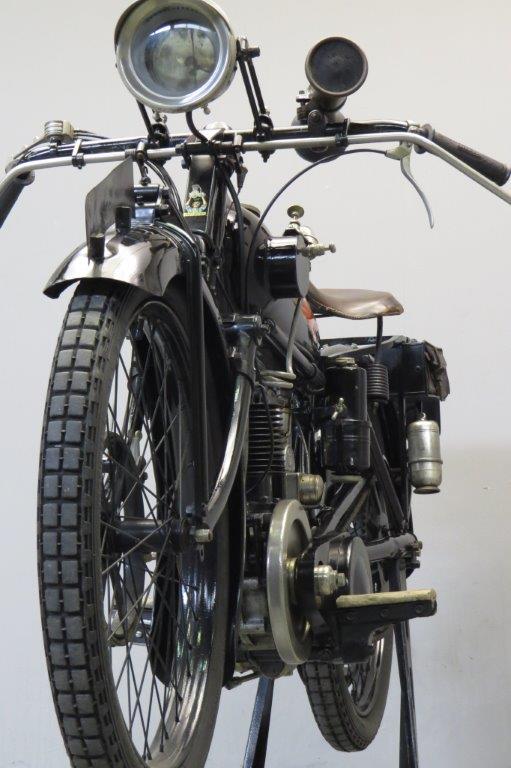 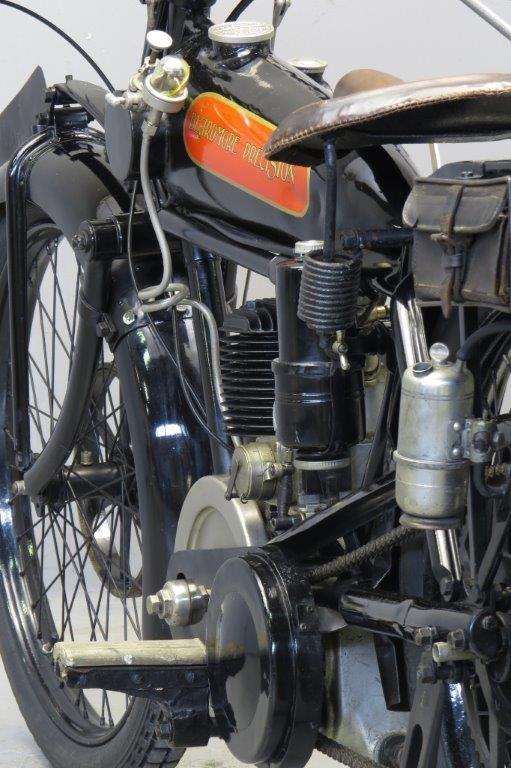 At one time Frank Baker’s Birmingham-based  Precision company  rivalled JAP as a supplier of engines to Britain’s motorcycle manufacturers.
The first Precision engine went on sale in 1910 but it was not until after the Fist World War that the firm got around to building a complete motorcycle.
It was launched as the “Beardmore Precision” because the Scottish Beardmore Engineering Group had gained control of Baker’s company. That first machine was a two stroke with leaf sprung suspension front and rear. Soon the range was expanded with side valve models, a Barr and Stroud sleeve valve model and OHV and OHC works racers.
Production models were very successful in trials events of the day, but the firm had to close down in 1924.
This rare Beardmore Precision has a number of unusual features, the most notable being the fuel tank integral with the frame construction and the leaf sprung front suspension.

This machine is equipped with a side valve Precision engine with outside flywheel. It has 3 speed Sturmey Archer gearbox, BTH magneto and Brown&Barlow carburetor.
It has Acetylene lighting and  bulb horn and is an older restoration.