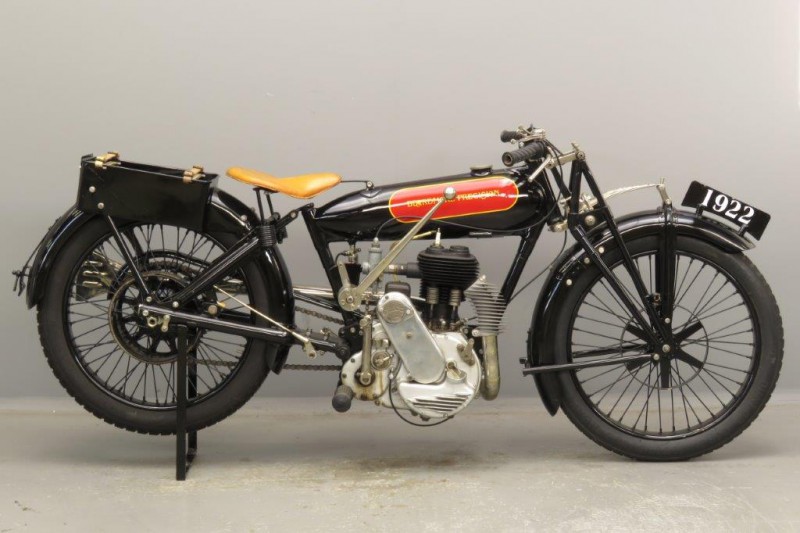 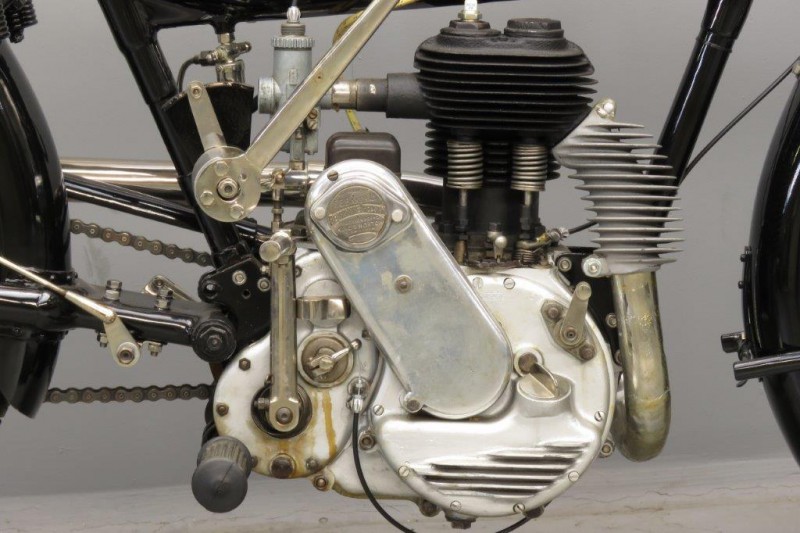 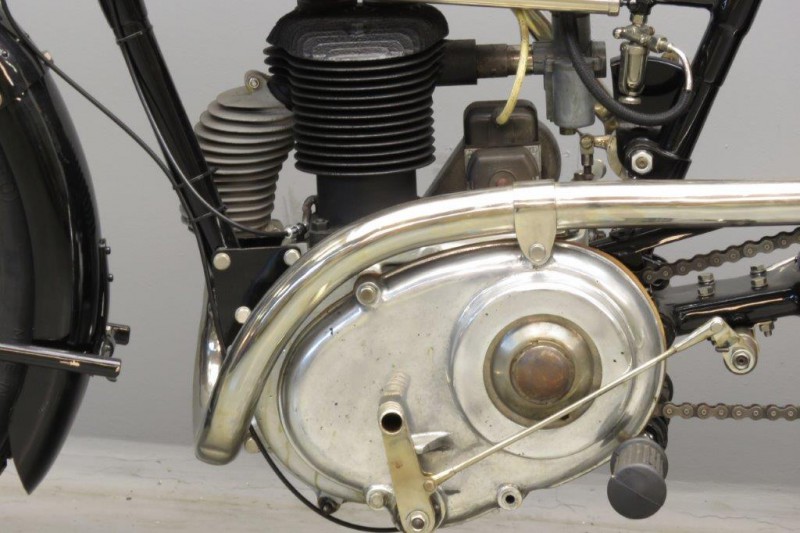 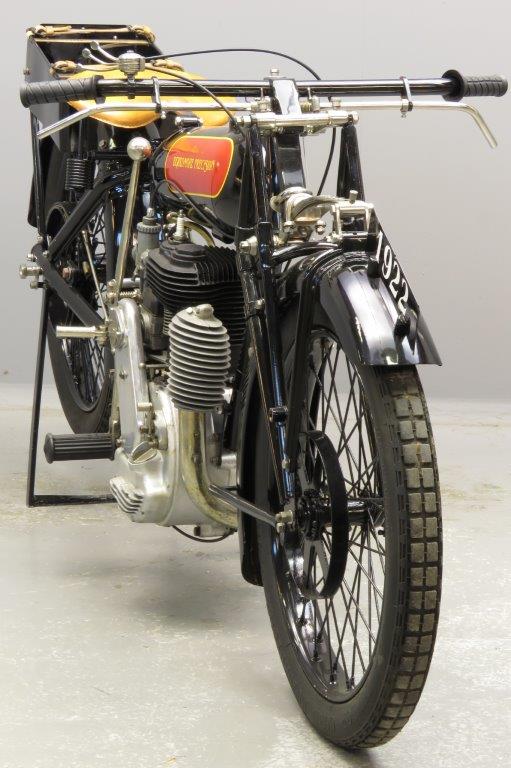 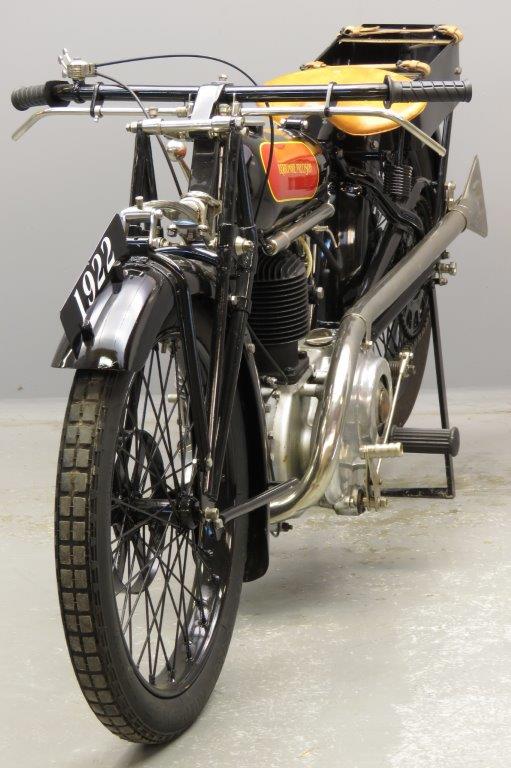 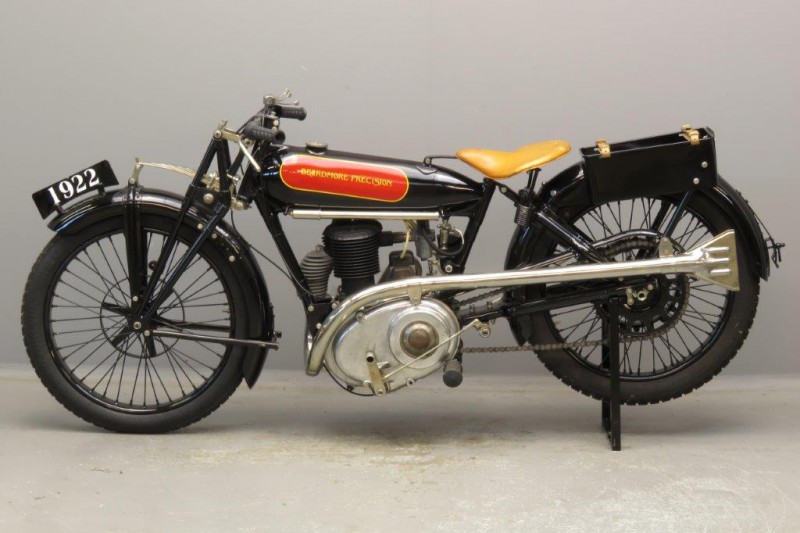 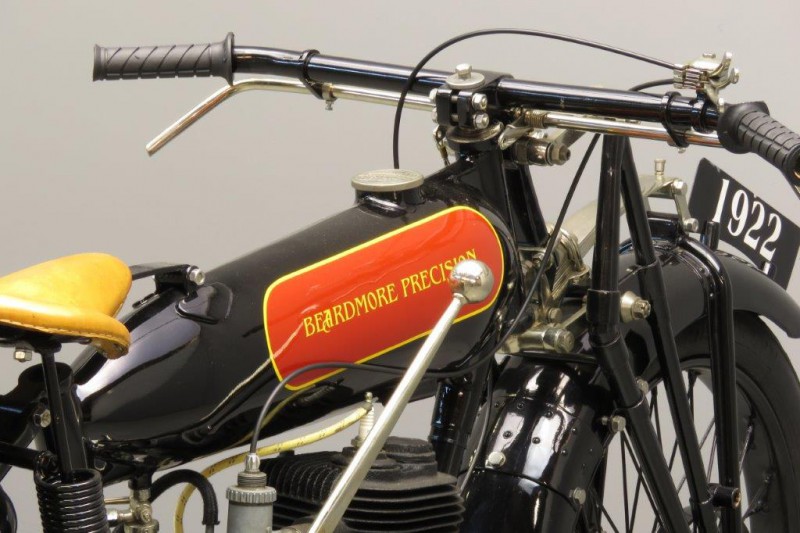 At one time Frank Baker’s Birmingham-based Precision company rivalled JAP as a supplier of engines to Britain’s motorcycle manufacturers.
The first Precision engine went on sale in 1910 but it was not until after the First World War that the firm got around to building a complete motorcycle.
It was launched as the “Beardmore Precision” because the Scottish Beardmore Engineering Group had gained control of Baker’s company.
That first machine was a two stroke with leaf sprung suspension front and rear.
Soon the range was expanded with side valve models, a Barr and Stroud sleeve valve model and OHV and OHC works racers.
Production models were very successful in trials events of the day, but the firm had to close down in 1924.
The Sports Model was introduced in 1923 and was equipped with Baker’s own longstroke unit construction engine with bore x stroke dimensions of 81.1 x 96 mm and Sturmey Archer gearbox internals.
It has the unusual BP construction with fuel tank integrated in the frame and leaf sprung front suspension.
The catalogue explains: “This machine is a new introduction and is designed for sporting riders who wish to engage in sports contests with a utility machine which is capable of exceeding 60 miles per hour.
The type of fork required provides the required angle and trail for high-speed duty while affording complete lateral rigidity.
The rear portion of the back mudguard with carrier toolbox and the lower part of the front mudguard can be removed.”
This rare model has been restored cosmetically but needs finishing, for example the front brake connection, the fitting of period handlebar grips and addressing some play here and there.
|The carburettor currently fitted is a somewhat younger device.