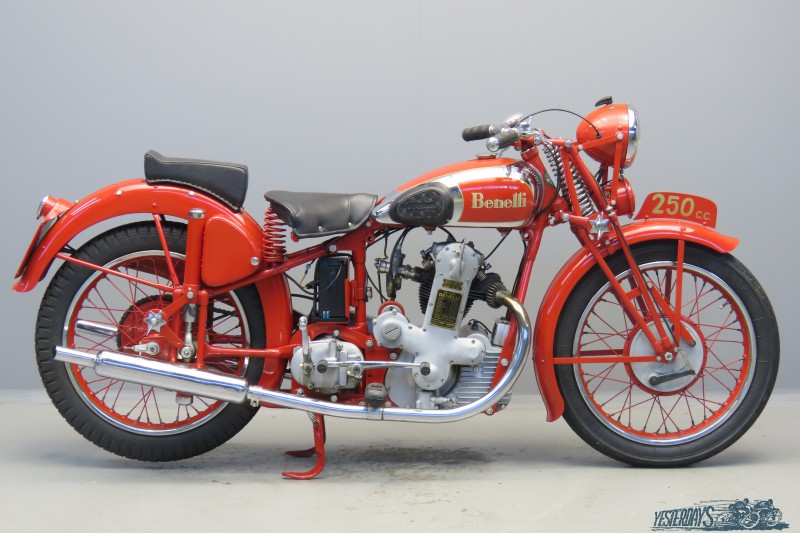 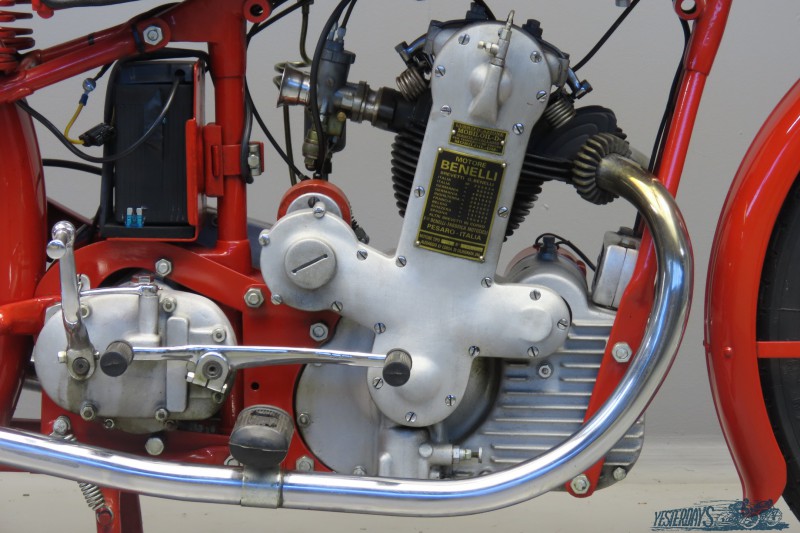 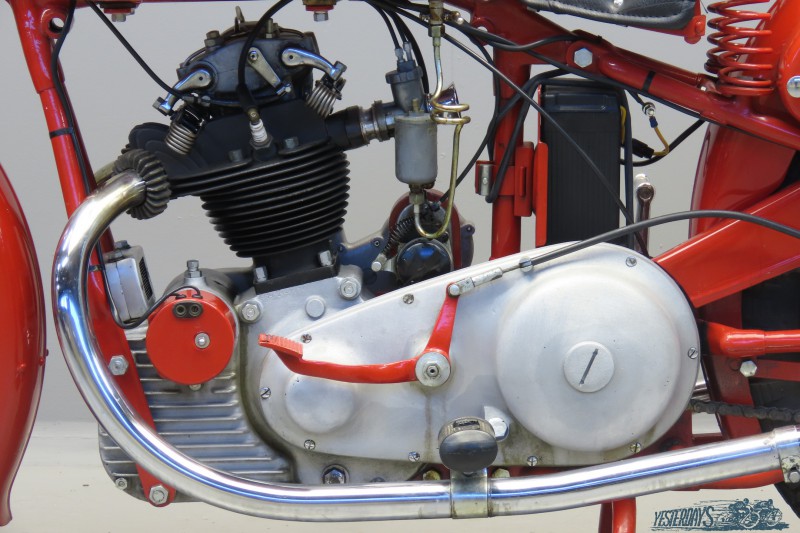 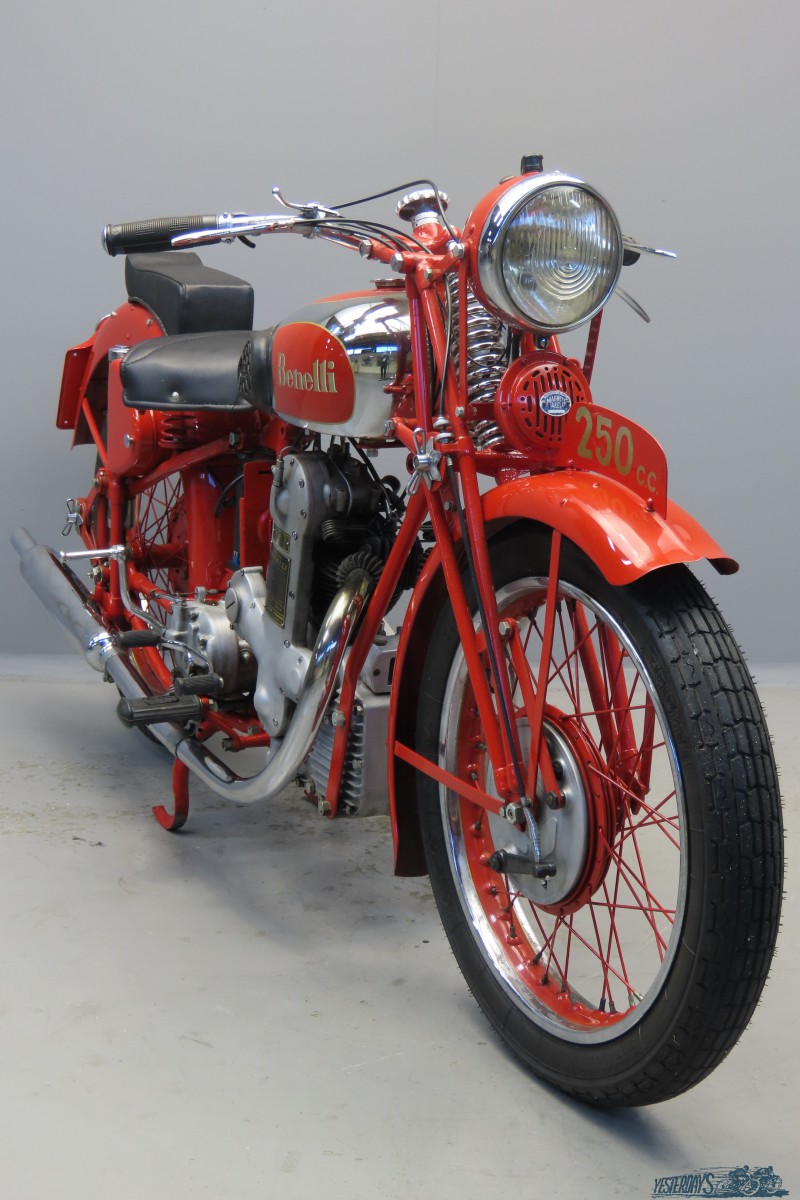 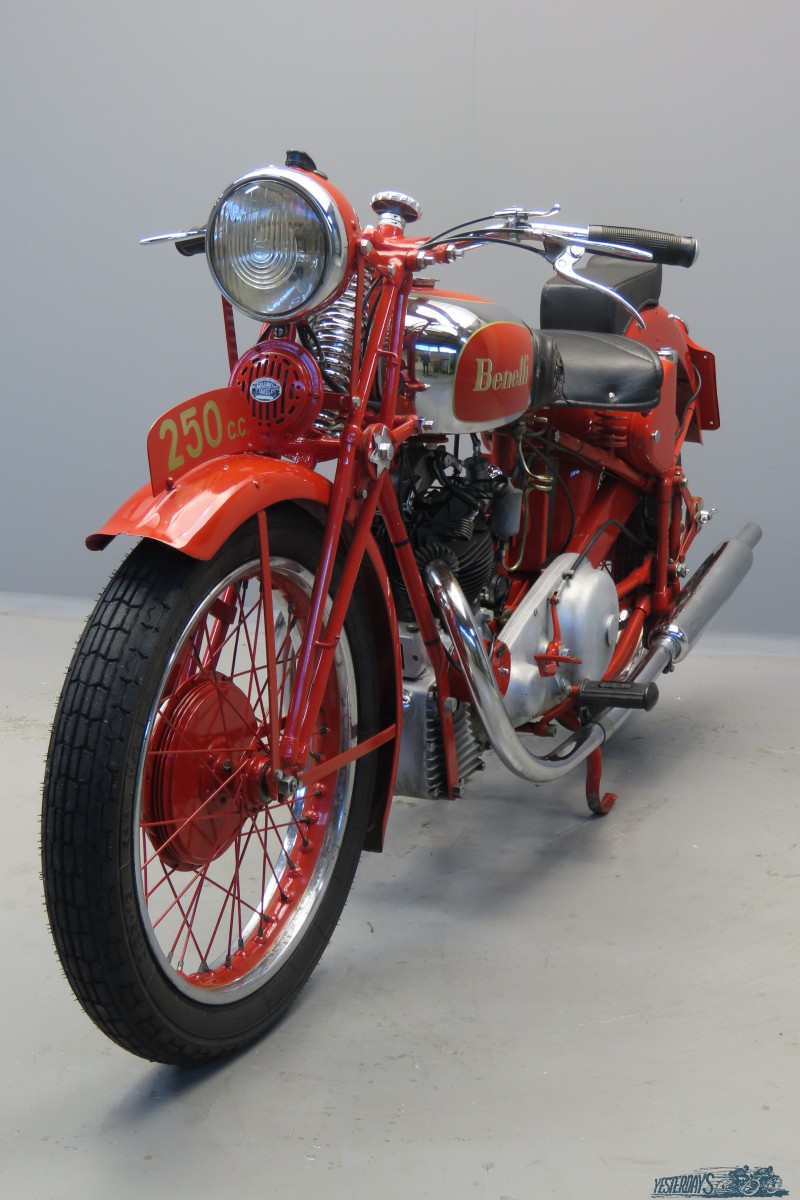 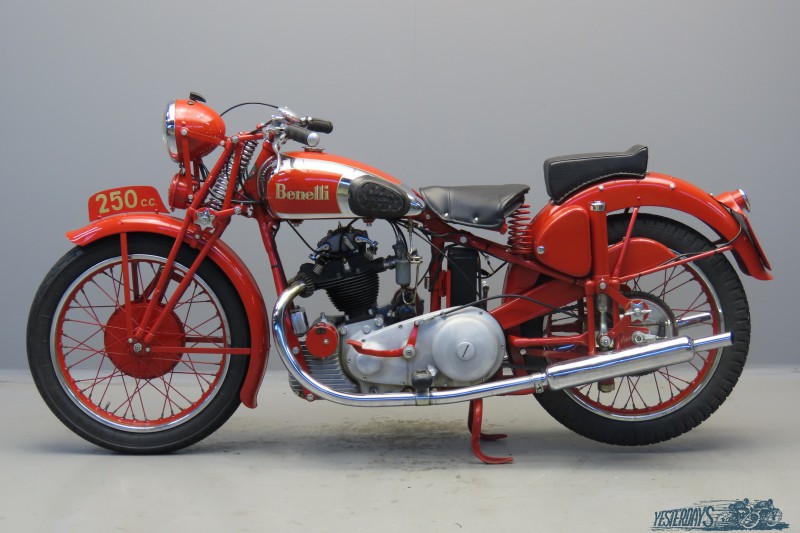 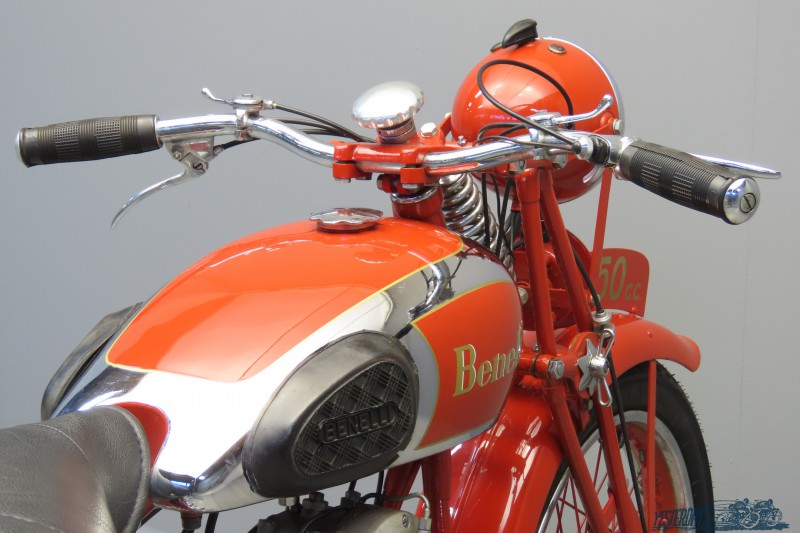 Benelli 1937 “4 T.S. Sport” 246cc OHC two-port frame & engine # 257730
The firm of Benelli was founded in the Italian village of Pesaro as a repair workshop by widow Teresa Benelli to provide a future for her six sons. Initially, the brothers worked in a small garage where they created their first motorcycle in 1919. That first model was not a success so it was further developed and brought on the market in 1921. This “Velomotore” was a light 124cc two stroke and within a few years this design was developed for motorcycle racing. The youngest of the Benelli brothers, Tonino, turned out to be one of the most talented Italian racers in the 1920s and 1930s. He made his debut in 1923 and started racing the newly-developed 172cc model towards the end of the twenties. This sophisticated outside-flywheel engine had been developed by his brother Giuseppe and had a gear-driven overhead camshaft. It is said that Giuseppe Benelli was inspired by a theoretical study of an engine by Edward Turner published in 1925 by the French magazine Moto Revue. The 172cc OHC machines were very popular in the early thirties but by 1935 they had been replaced by 246cc models. Benelli then made machines in the 250 and 500 class, all with OHC engines. Next to the motorcycles, three-wheel transport carriers were sold in good numbers.
The 246cc models were available in Turismo, Sport and Super Sport guise. The Turismo had a compression ratio of 5.1:1 and a power output of 10hp@5,500rpm. Top speed was about 90km. The Sport had been tuned to deliver 13.5 hp@6,500rpm and was good for 115 km/h.
This well-restored Turismo features a Bosch electrical system with magneto ignition, 4-speed foot change gearbox, aluminium primary drive cover, hairpin valve springs and the optional rear wheel suspension. She is an excellent runner.