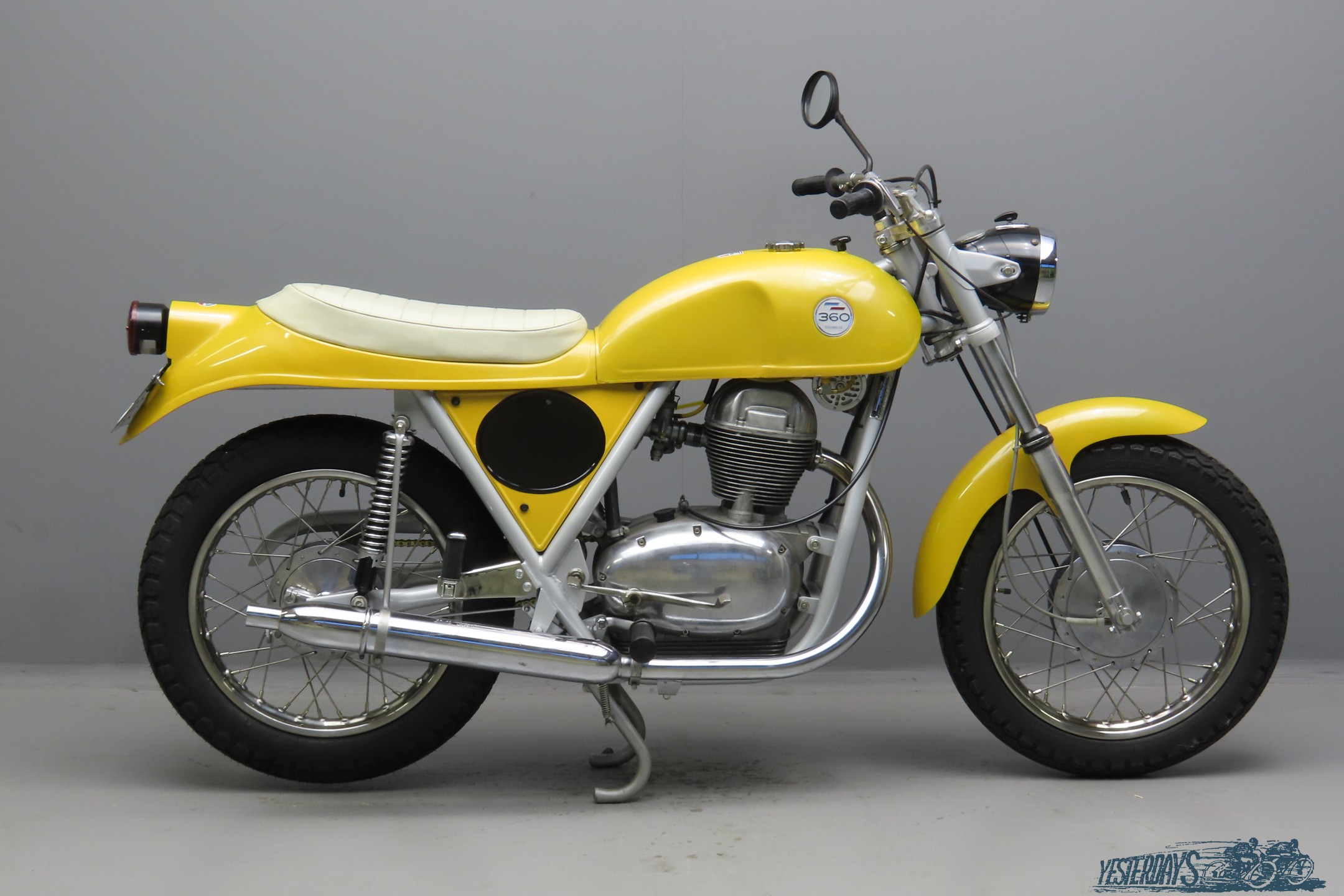 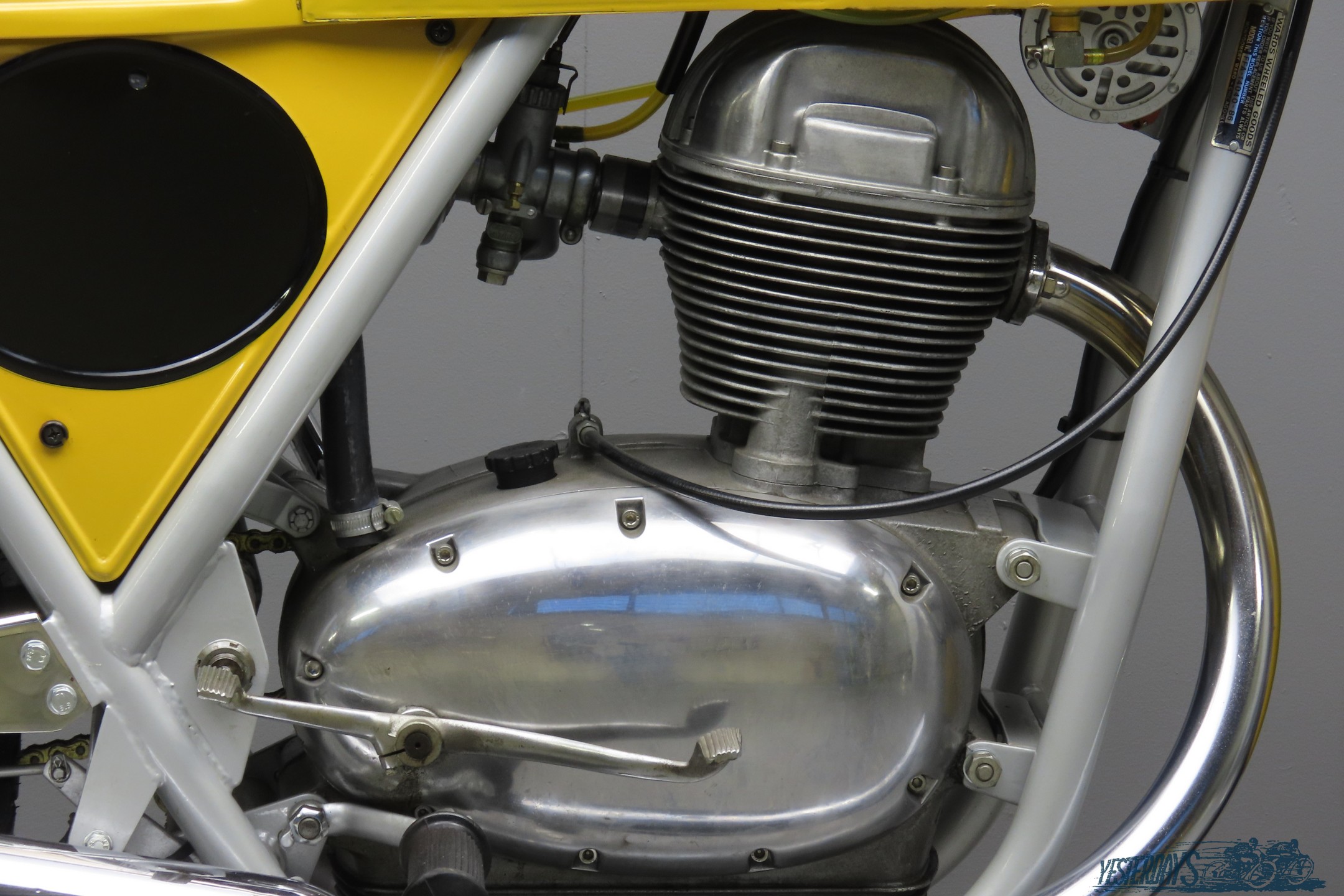 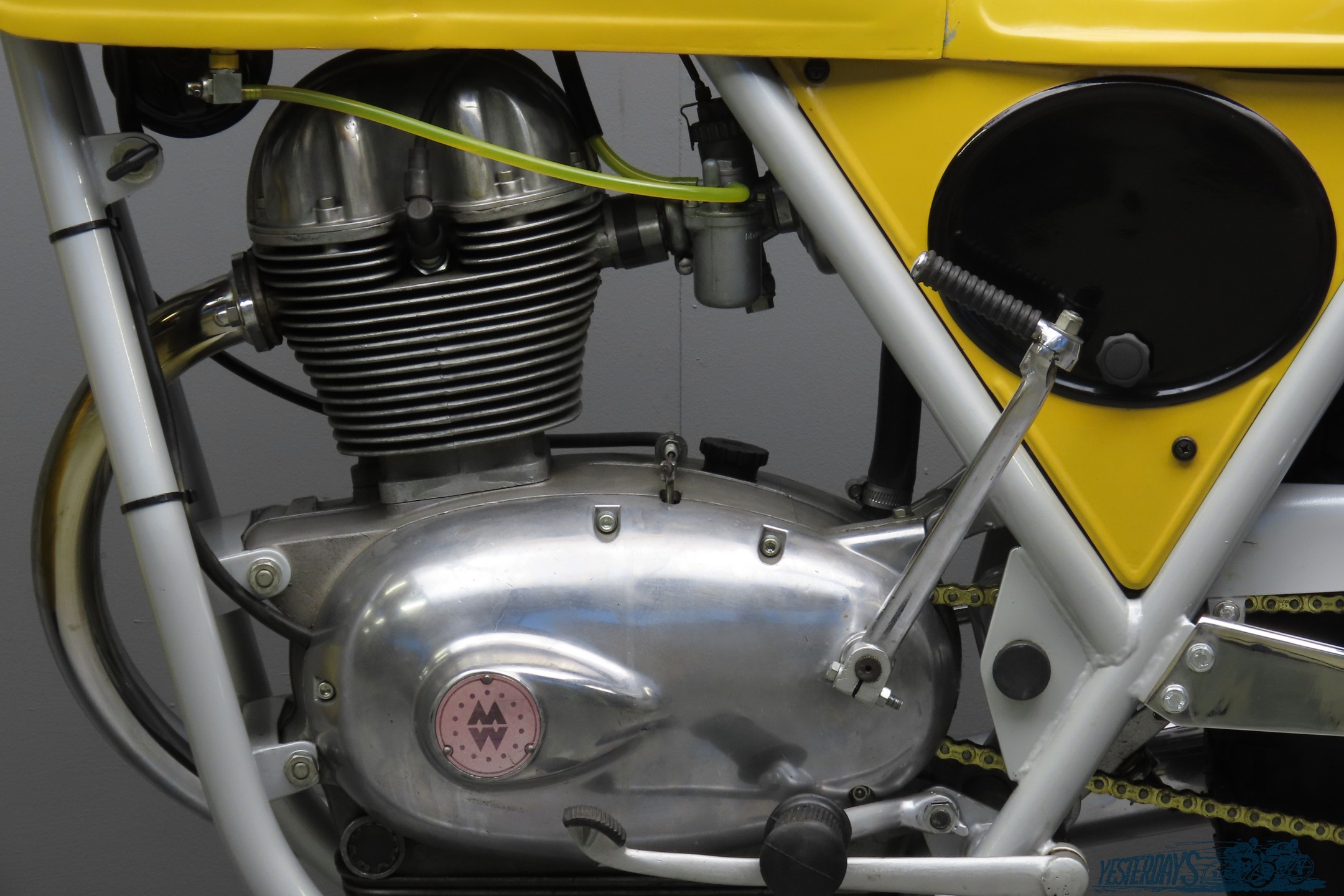 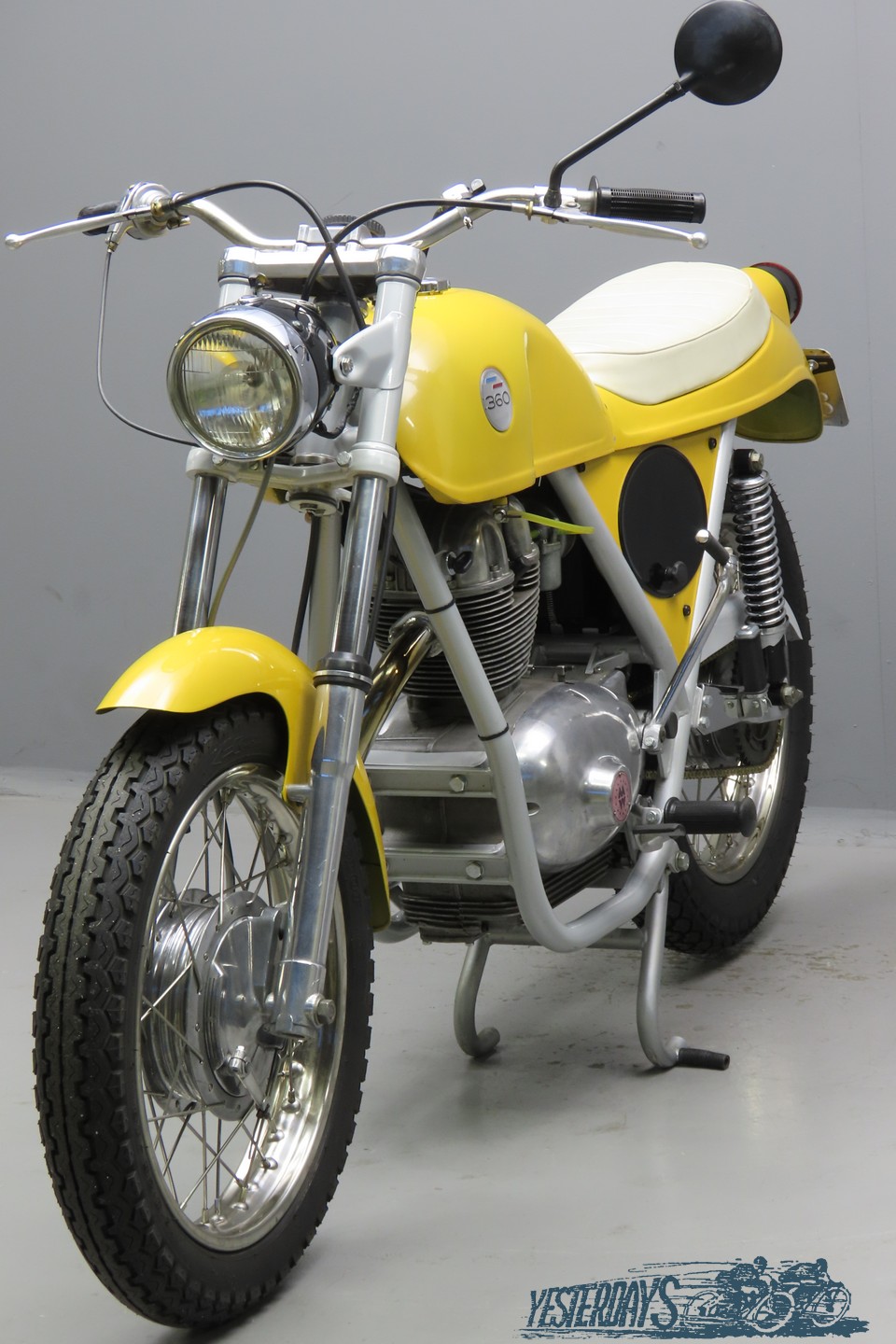 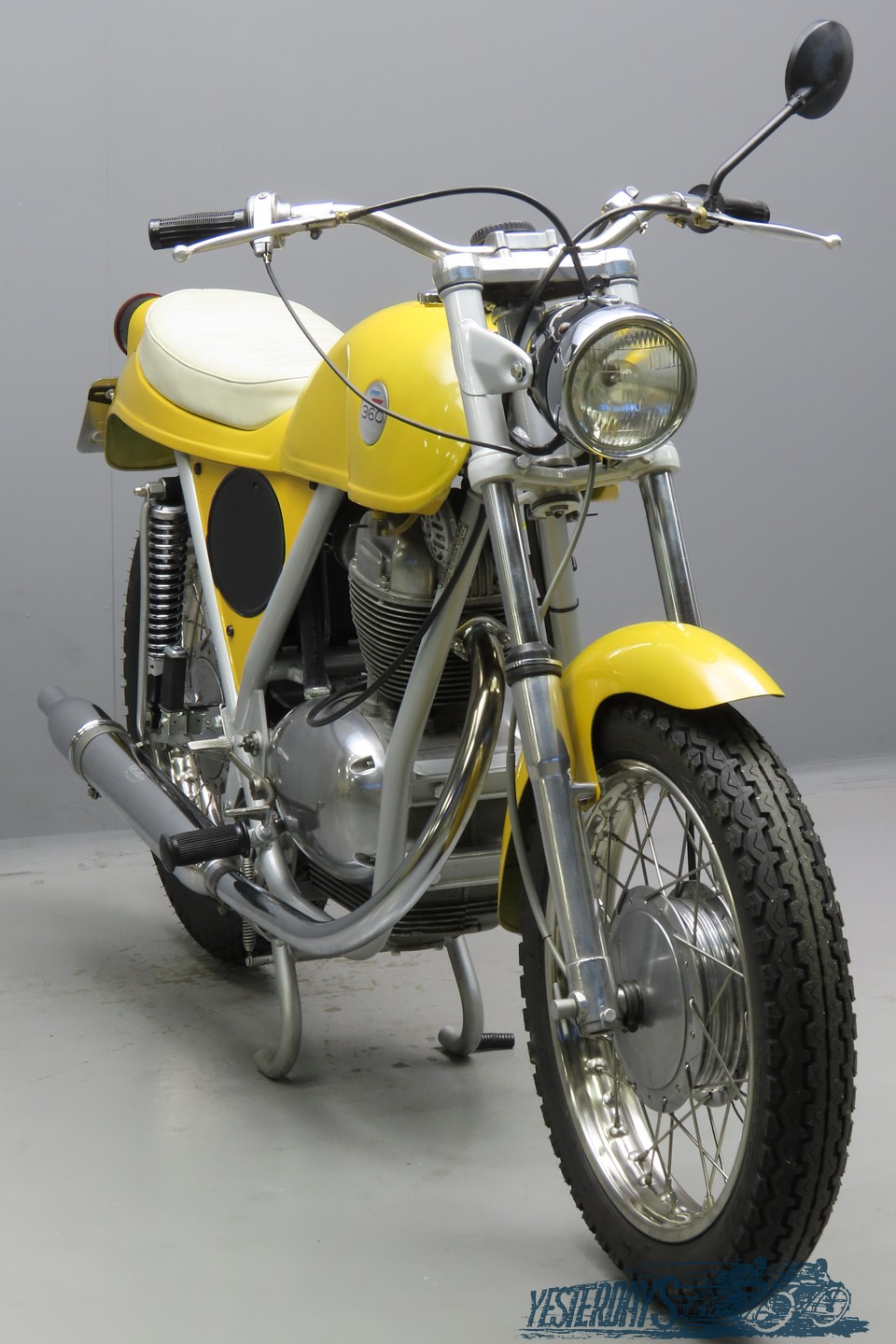 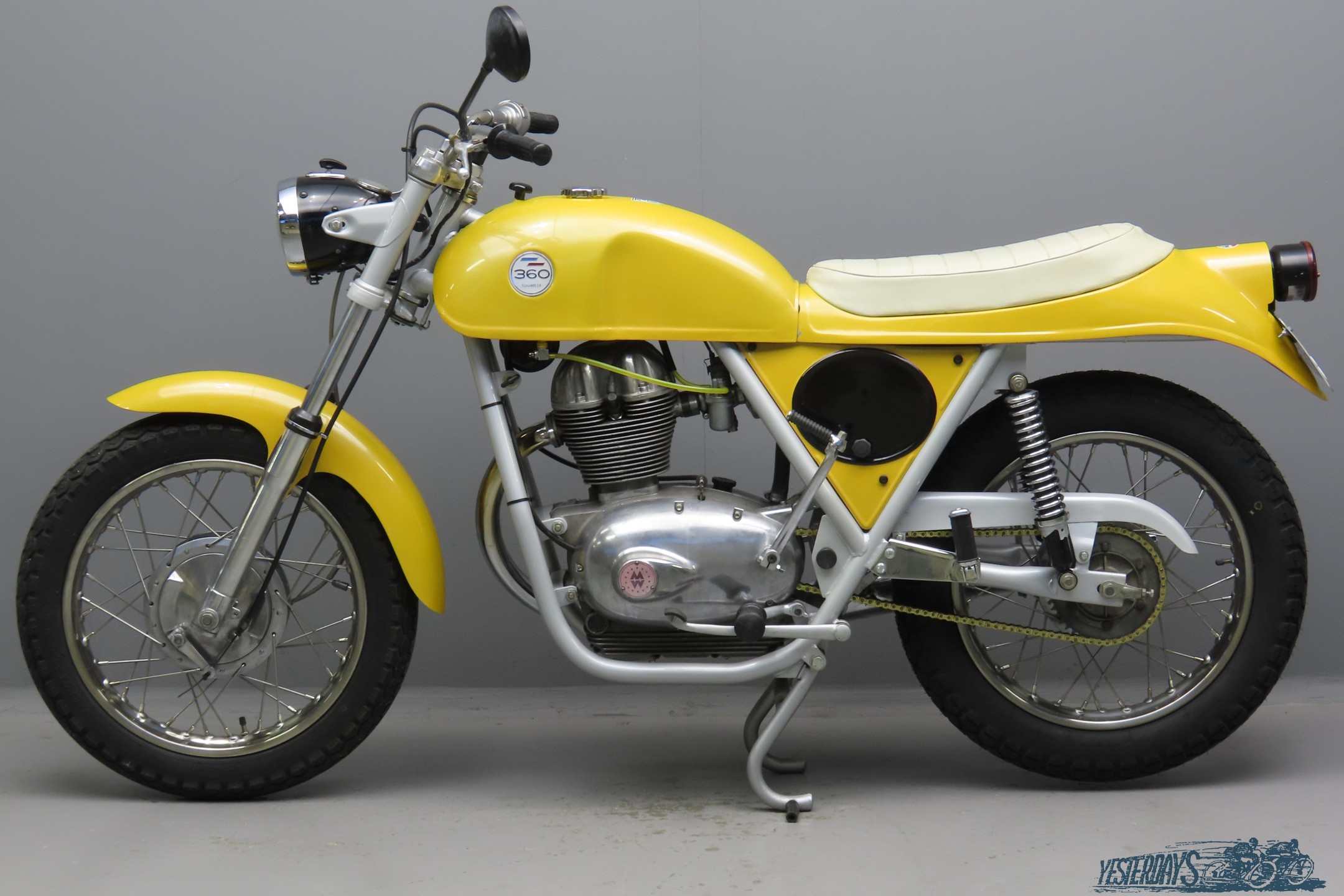 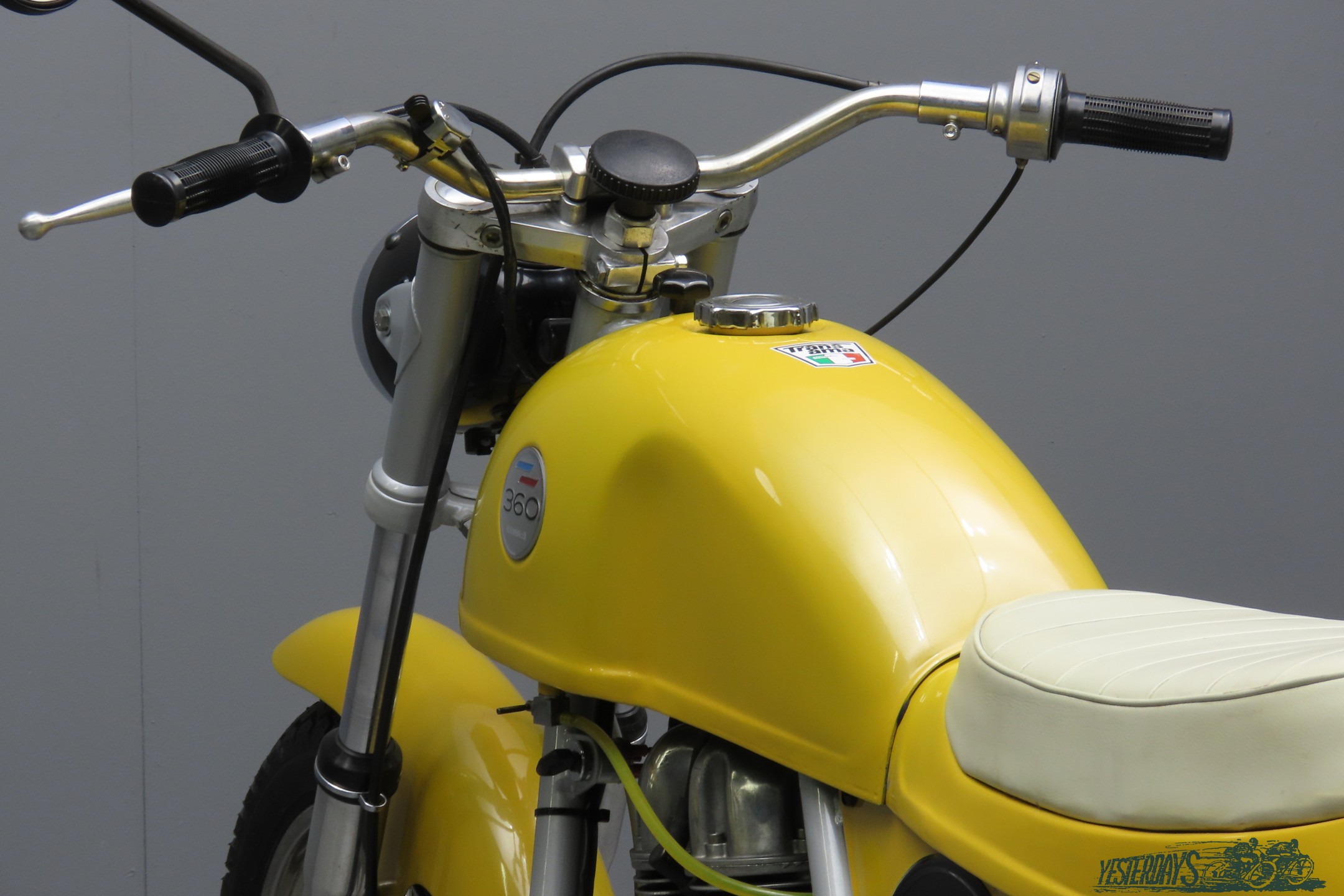 In the USA motorcycle sales were not limited to bike dealers, superstores like Sears or Montgomery Ward imported and sold motorcycles themselves.
While Sears notably imported Vespas, Montgomery sold Lambrettas and Benellis.
Benelli built the Mojave between 1967 and 1969 especially for the American market to comply with AMA regulations for endure competitions in the USA.
It appears the Mojave was made in very limited numbers.
The Mojave, often considered as a re-interpretation of Rickman dirt-bikes, features bore x stroke of 71×90 mm, a chromed exhaust, drum brakes, telescopic forks, and dual rear shocks.
Powering all of that is a 356cc engine that produces about 24 hp at 5,000 rpm.
The machine weighs 132 kg and can reach a top speed of 140 km per hour.
This rare and low-milage American scrambler has been restored and is in excellent condition.
The Mojave comes with current registration and its conspicuous yellow colour with white seat covering, splendid chrome and polished aluminium make her a real eye-catcher.