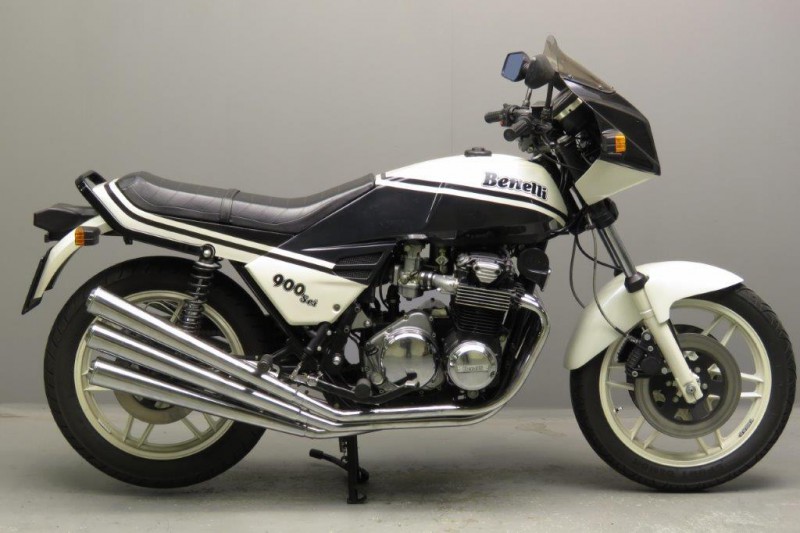 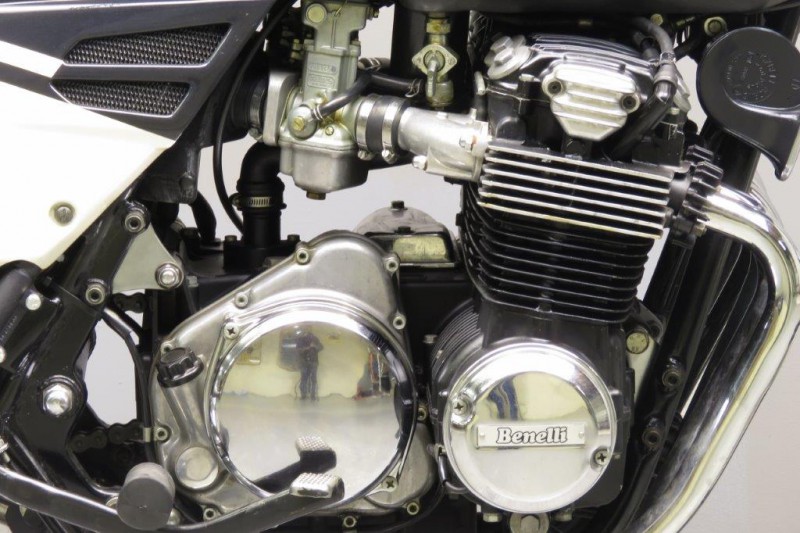 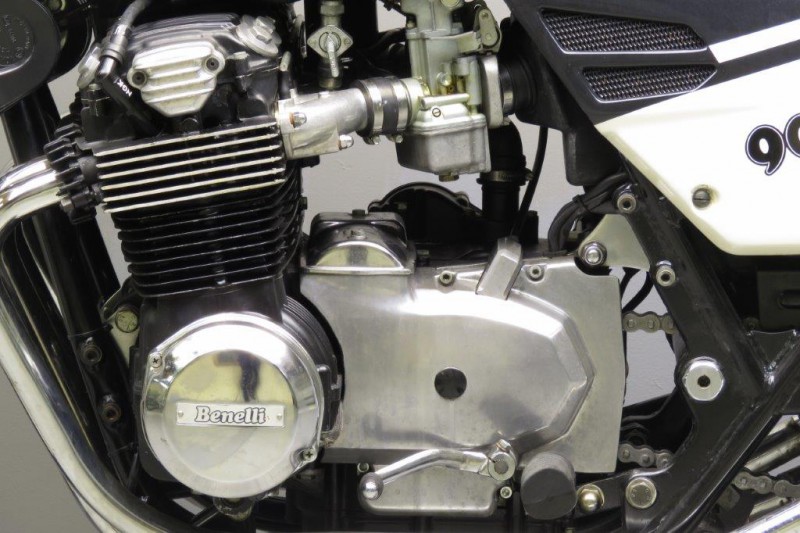 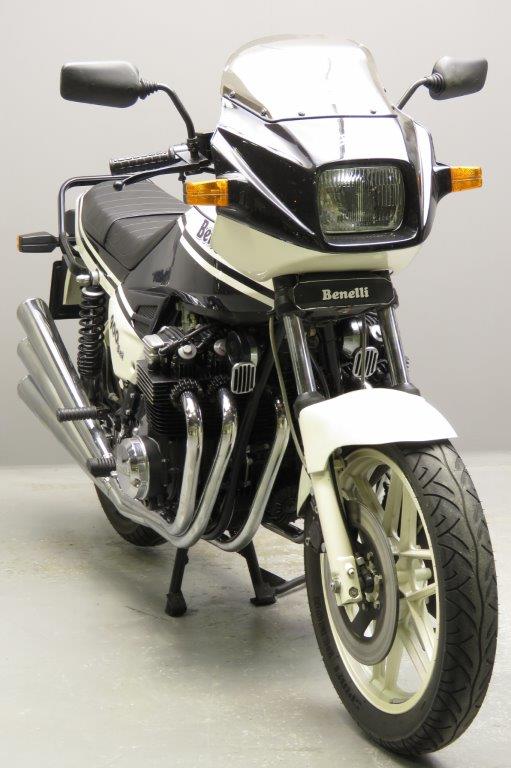 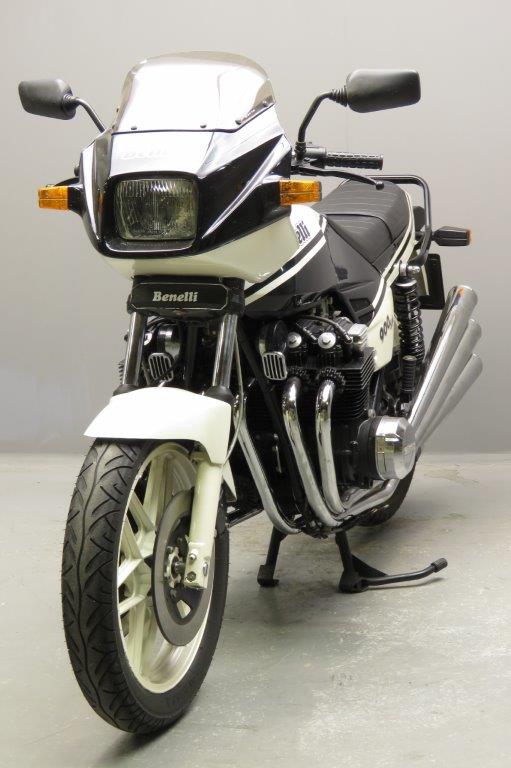 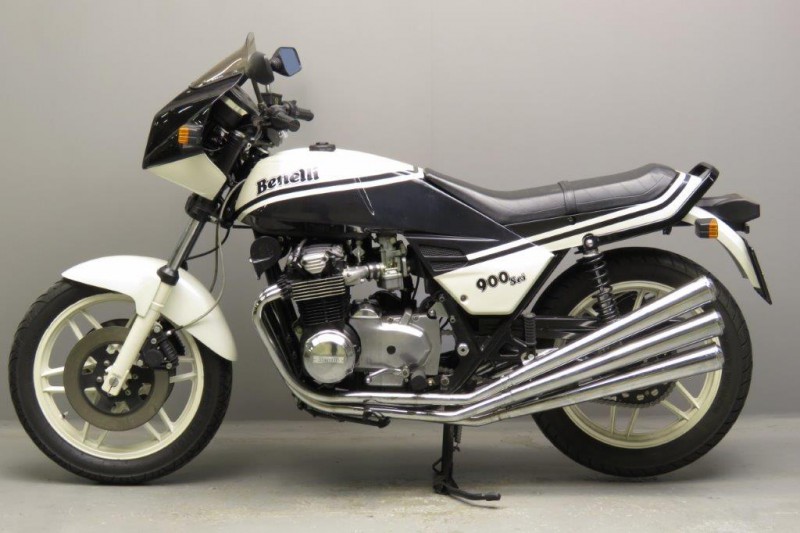 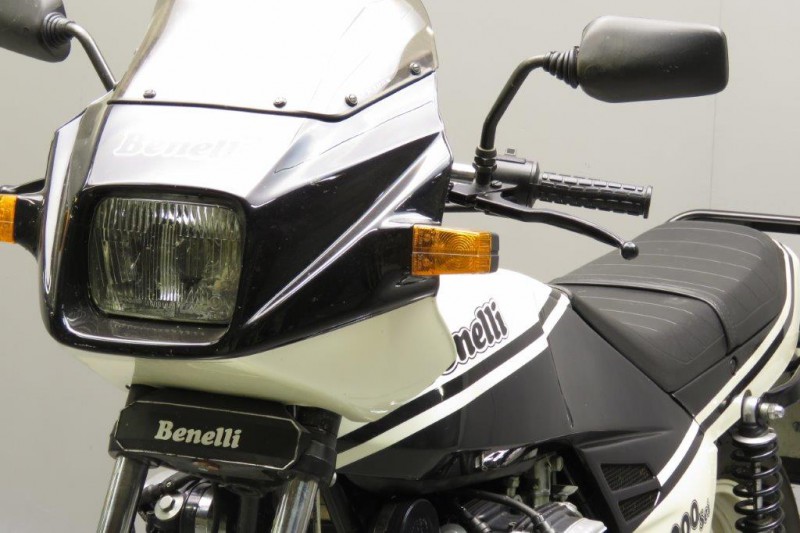 lejandro de Tomaso created in October 1959 DeTomaso Automobili that became best known for the Pantera, a mid-engine, Ford V8 powered “supercar” produced on-and-off between 1971 and 1991.
In 1971, he (DeTomaso) had quietly picked up an Italian motorcycle firm, Benelli, that was in trouble.
In 1972… Benelli picked up Moto Guzzi, which (also) had a grand old name and tradition in motorcycling plus a beautiful factory on the shores of Lake Como in the Italian Alps.
DeTomaso’s handling of Benelli and Moto Guzzi was typical.
Plunging into the management of both feet first, he managed to revamp Benelli’s image by introducing a transverse six-cylinder 750cc machine, the ‘Sei’.
The first production, street, 6-cylinder motorcycle was produced in small numbers, the big Benelli never a threat to Honda’s world domination of large sport bikes.
The 900 Sei came in 1979 but less than 2,000 were made in 10 years.
By the end of production in 1989, fewer than 2,000 examples of the 900 Sei had been built.
Motorcycle Classics, May/June 2015.

This Sei is an exceptional example of the classic 1980s Benelli superbike.
From the side, notice the engine shape mimicking the earlier Honda 500/550 four, but also enjoy the almost perfect visual balance front to rear.
While some may be disappointed that the 900 did not follow the 750 Sei with six exhaust pipes, the aesthetic of two sets of three-into-one is actually good.
However this rare 900 Sei has the more desirable and,”in our opinion” better looking six in six exhaust pipes, which we think is a good choice and gives the Benelli Sei its own distinguished look.
Perfectly running and in very good cosmetical condition, this Benelli Sei belongs to one of the most charismatic super bikes of the past.