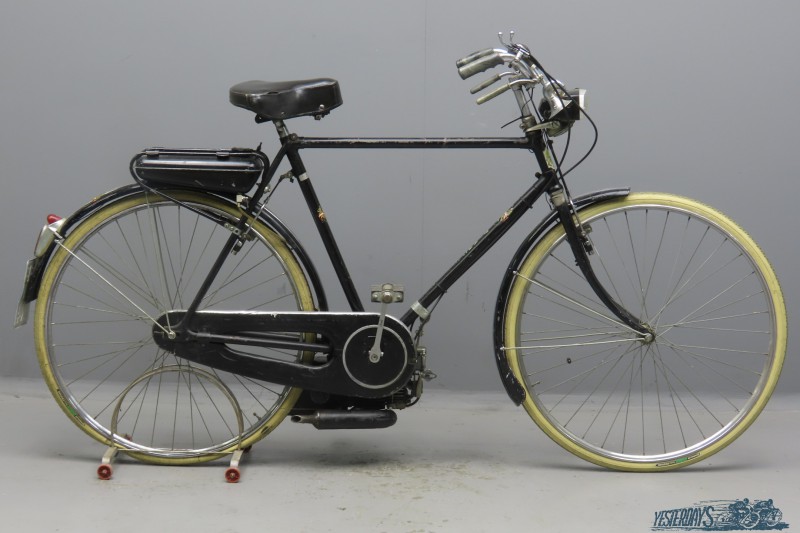 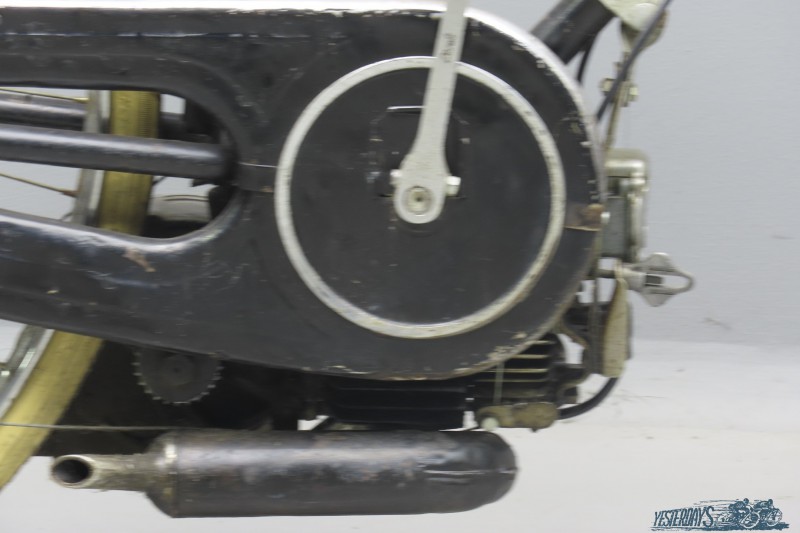 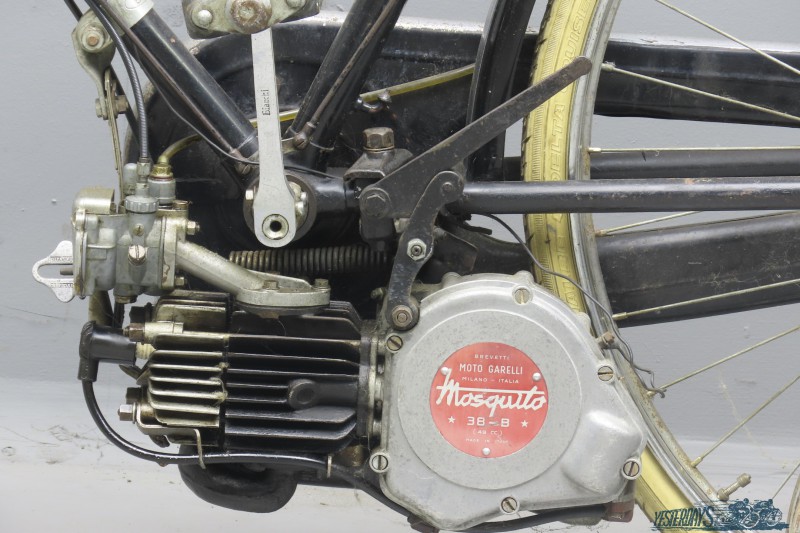 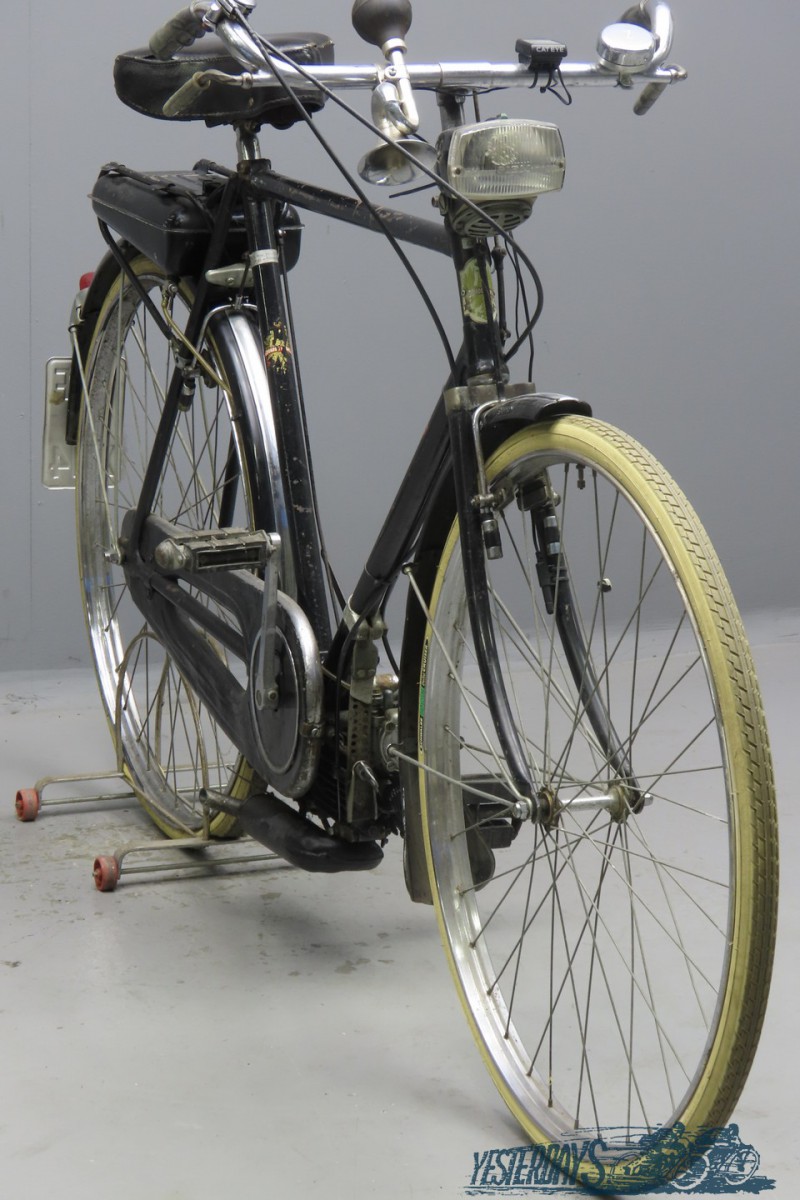 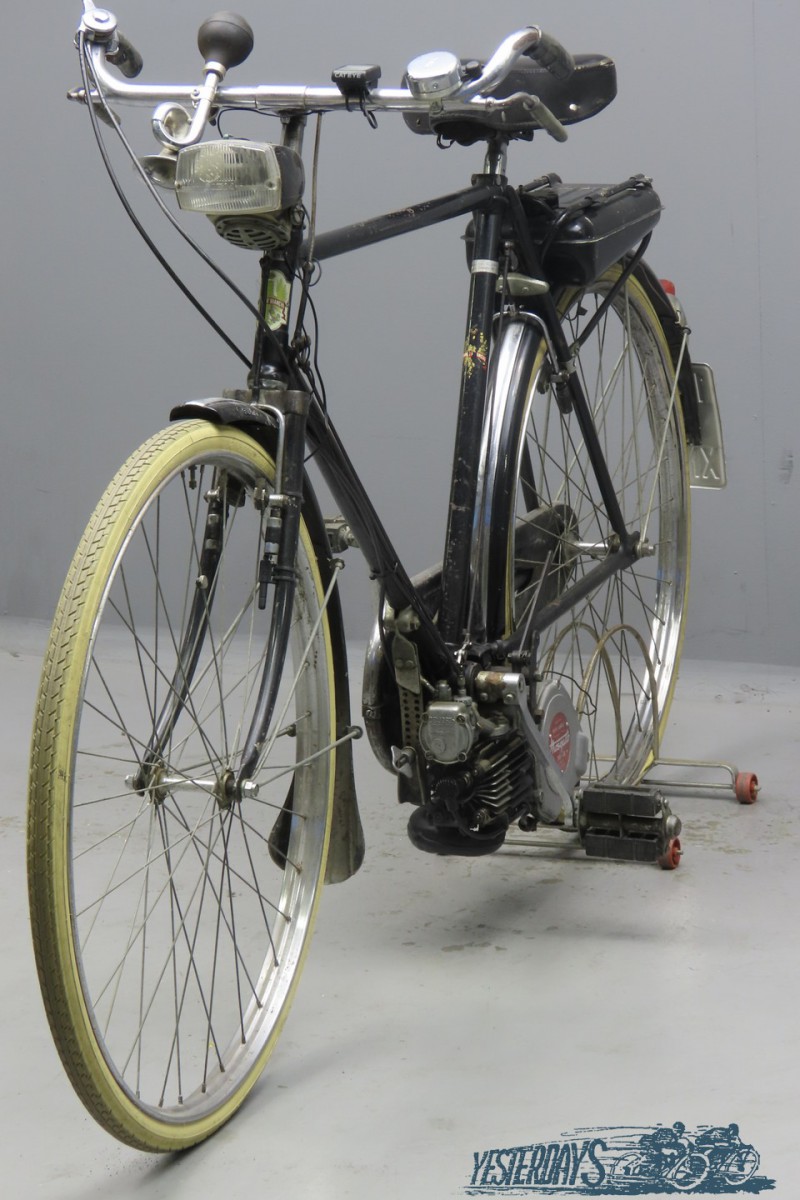 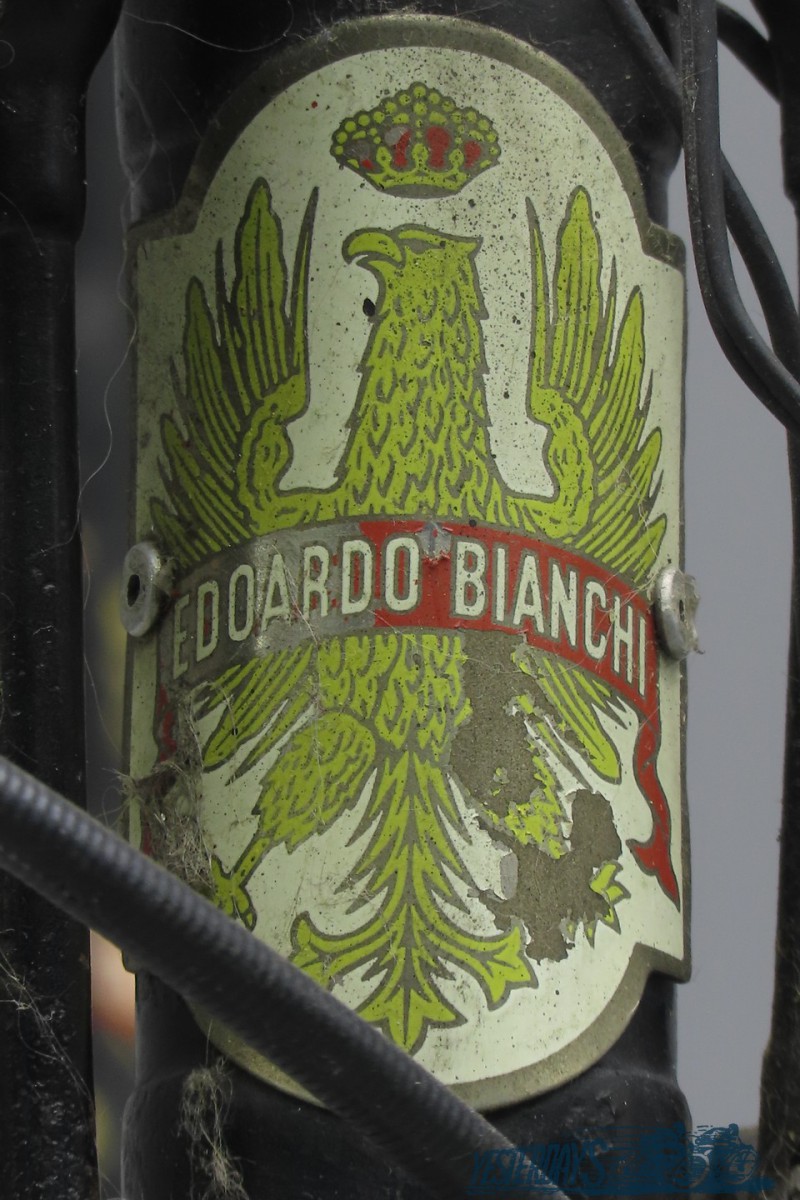 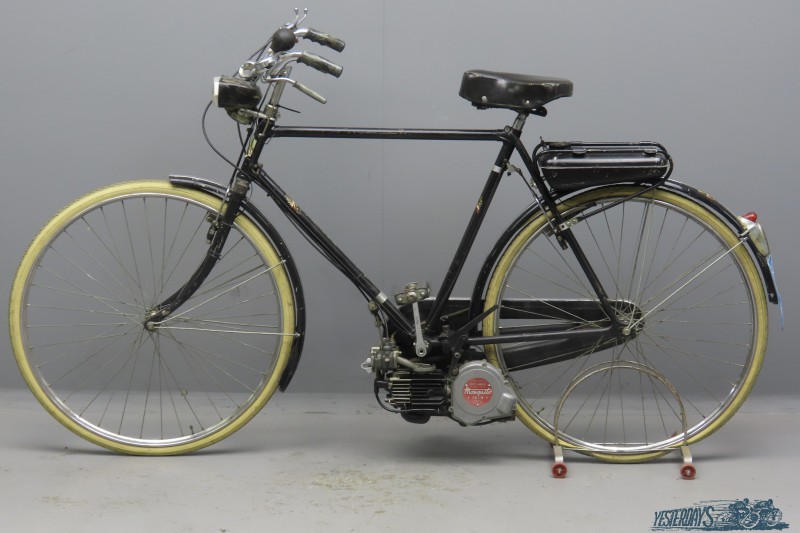 In the years after the second world war the demand for motorization was high all over Europe but as money was tight, the most practical solution for many people was to fit a small engine to their bicycle.
Many factories designed micro-engines and one of the most successful ones was the Italian firm of Garelli, that had been active in motorcycle production from 1919.
In 1946 this firm brought out the Mosquito, a cleverly designed 38cc two stroke engine that could be fitted easily to the bottom bracket of a standard bicycle.
The engine drove the rear wheel by a roller; there was no clutch and to disconnect the drive the rider could move the engine slightly forward with a small spring loaded hand lever.
The little petrol tank was placed above the rear mudguard and the speed was controlled with a handlebar-mounted lever.
The Mosquito was simple to use, very economical (100km per litre), reliable and weighed only 7 kg.
No wonder it was a huge success and within a few years it was manufactured under licence in quite a few countries.
In 1952, during a publicity run, a French licence-built Mosquito covered a distance of 40,000 km in 55 days.
Pedals and chain had been removed so the little engine had to do all the work on its own.
Apart from a little maintenance now and then the engine required no attention whatsoever.
In 1953 a 49cc version of the engine was brought out.
The original bore x stroke of 34x40mm was changed to 40x39mm and the top speed went to 40km, which, on not very smooth roads, must have been quite frightening on an unsprung bicycle.
The period Eduardo Bianchi bicycle is in good original condition and is fitted with rim brakes and comfortable “Negrini” saddle.