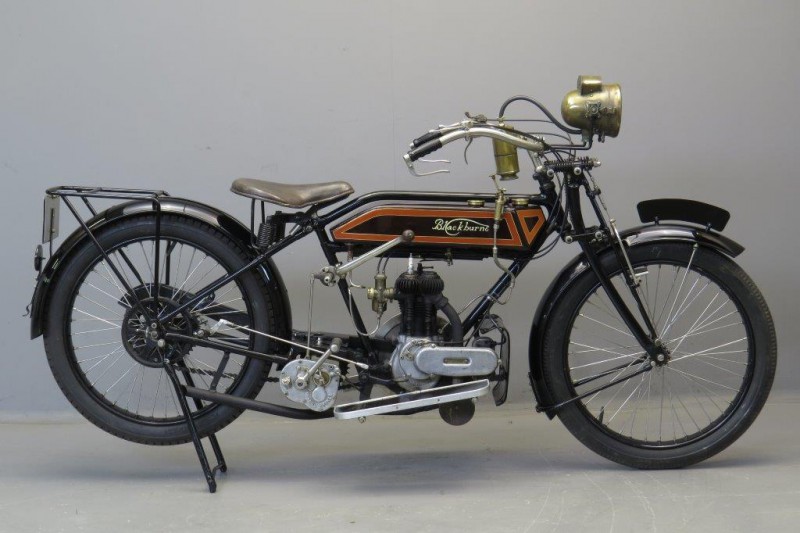 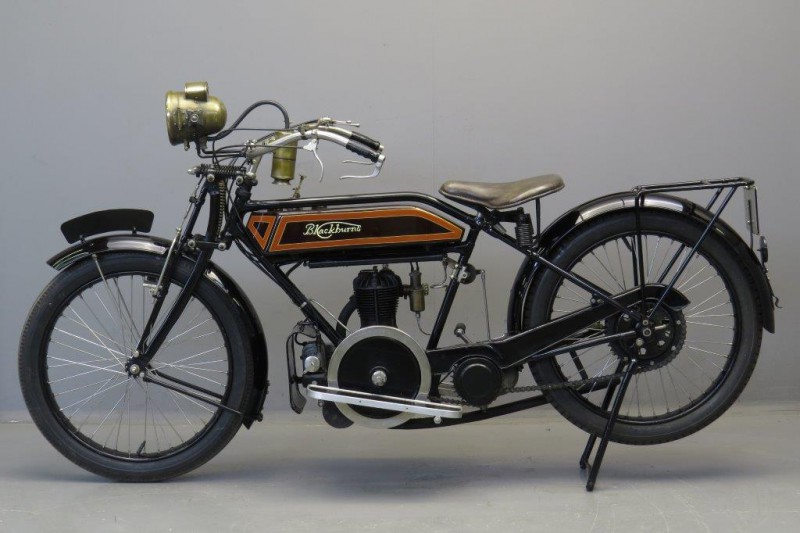 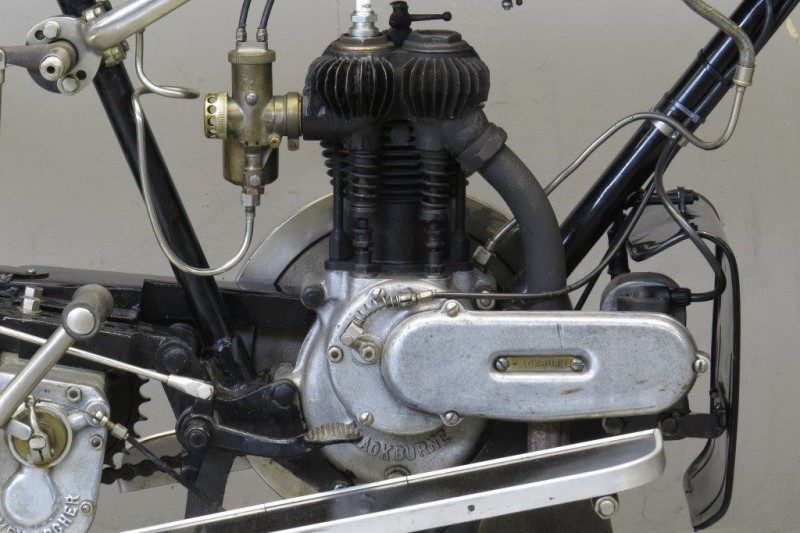 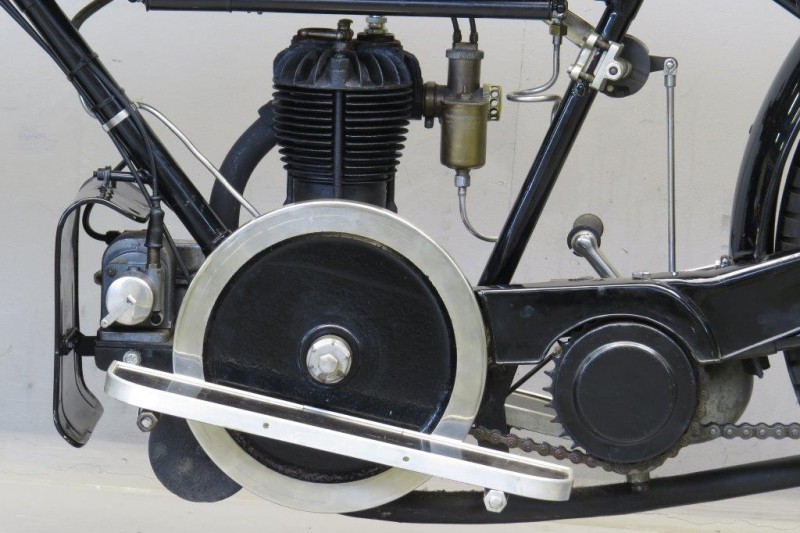 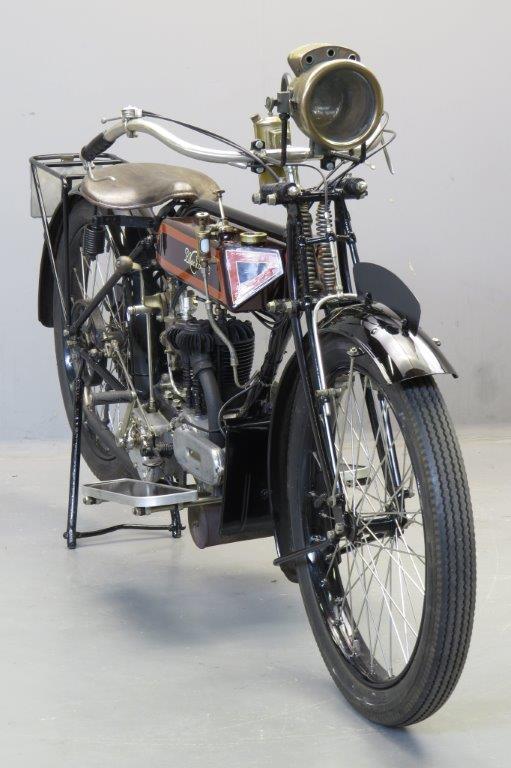 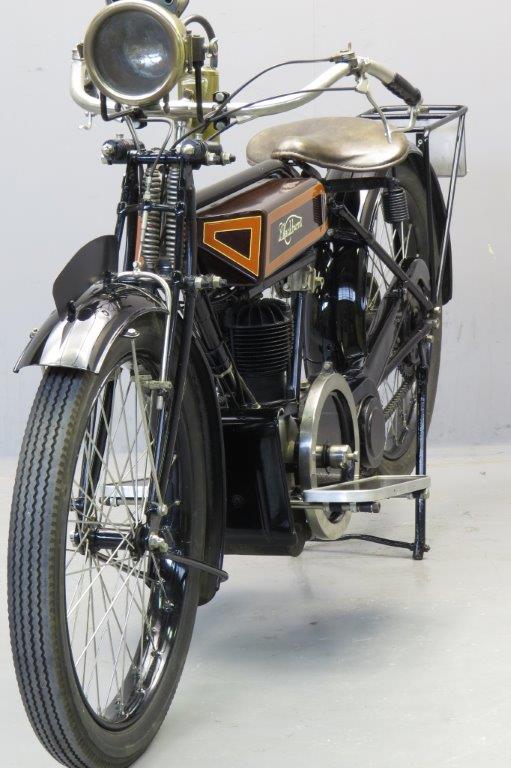 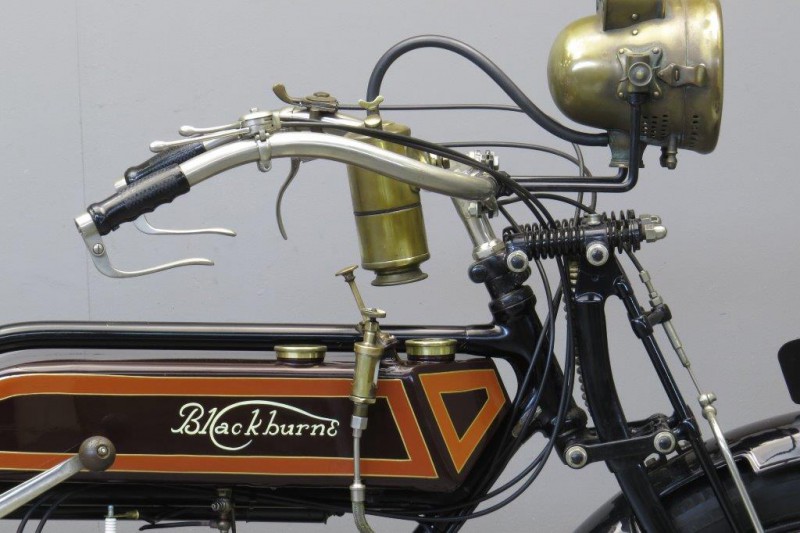 By many  vintage motorcycle enthousiasts  Blackburne is known as manufacturer of proprietary engines. Less well known is that  the company produced complete motorcycles  between 1913 and 1922, when  it was decided to concentrate upon engine manufacture.
The first Blackburne model  had a 499cc   ( 85 x 88) 3.5 HP engine with a large outside flywheel and a one-piece forged crankshaft.
This combination made it one of the smoothest running engines of the period.
Early models were single speeders or had a hub gear; from 1915 on a Sturmey Archer countershaft gear was employed.
In later years the engine rating went up to 4 HP.
A notable and practical  feature of the engine was its detachable cylinder head, which made decarbonizing an easy job.
Blackburne machine were sturdily built ( 28x 3 tire size)  and used quality parts such as Brampton Biflex forks,
Amac carburettor and Thomson-Bennett magneto.
For some years  998 cc V-twins were also produced.
This practical vintage machine is a well-fettled older restoration.