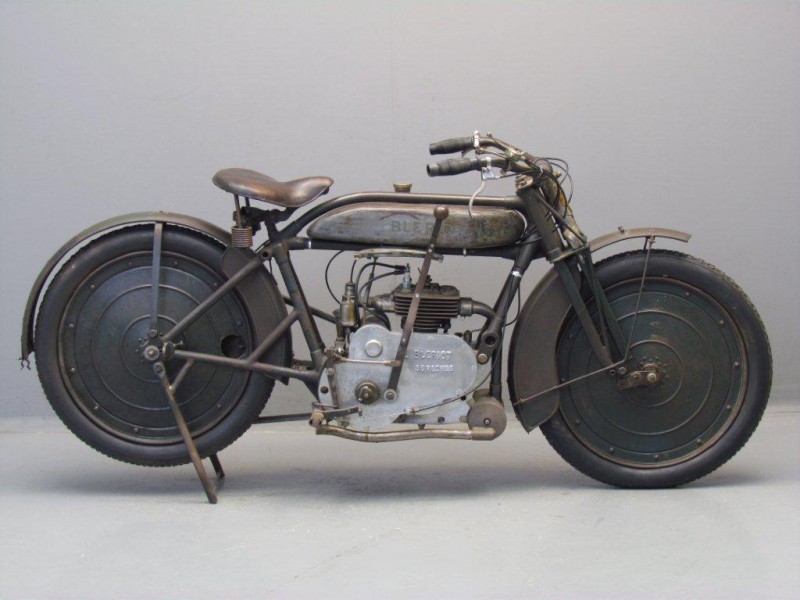 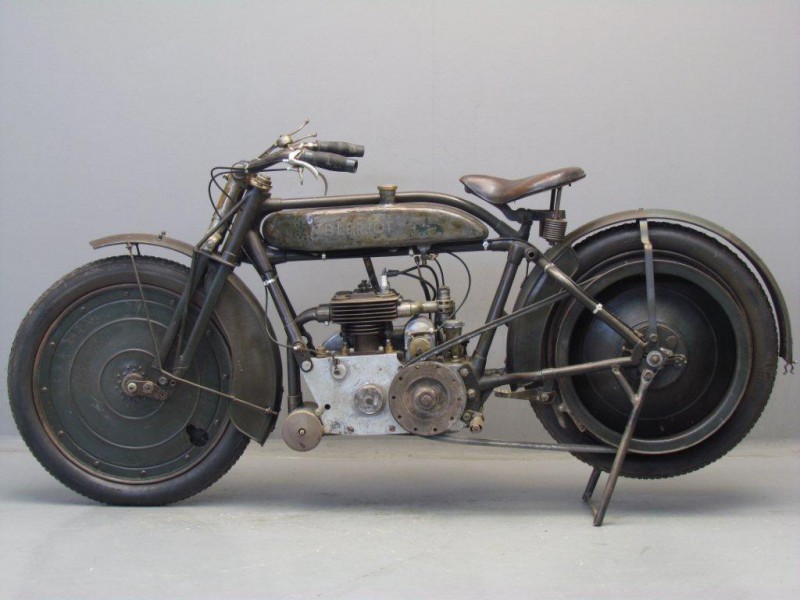 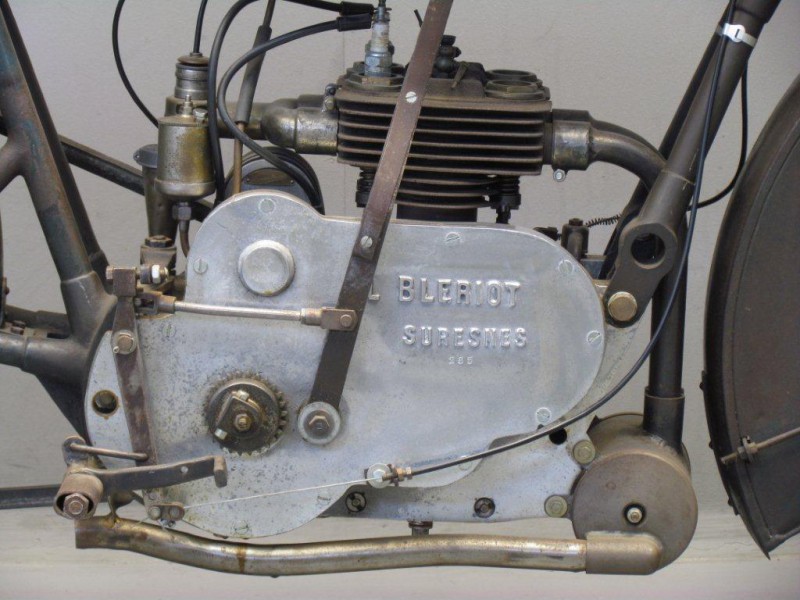 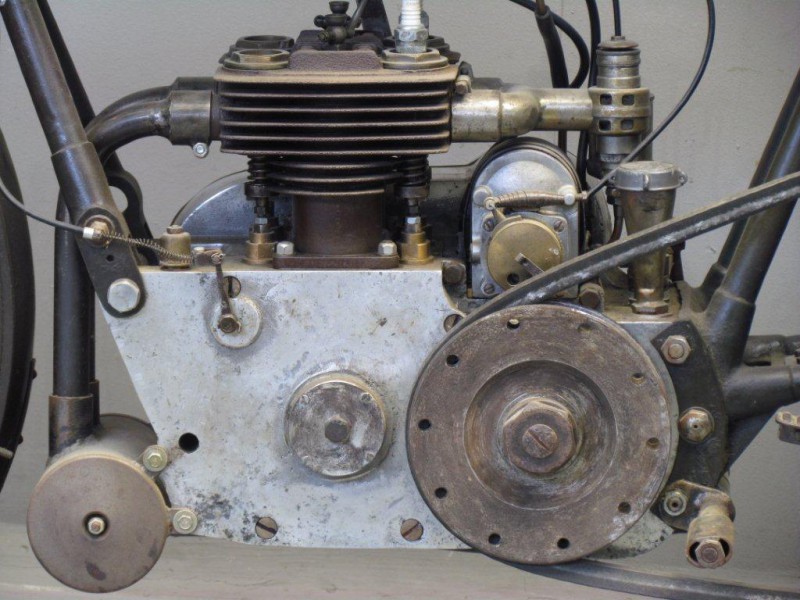 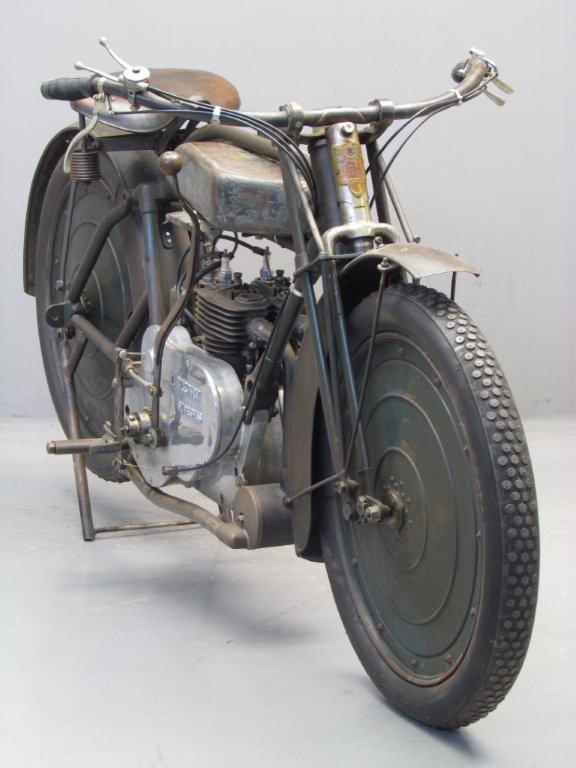 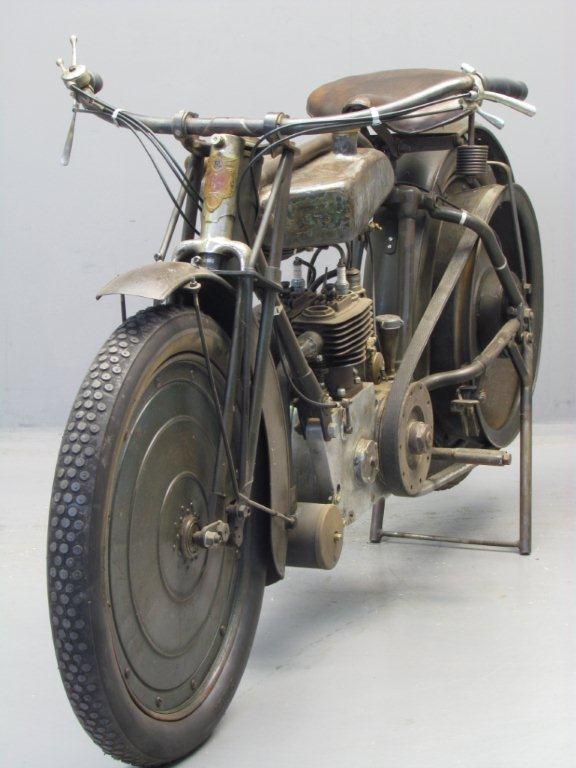 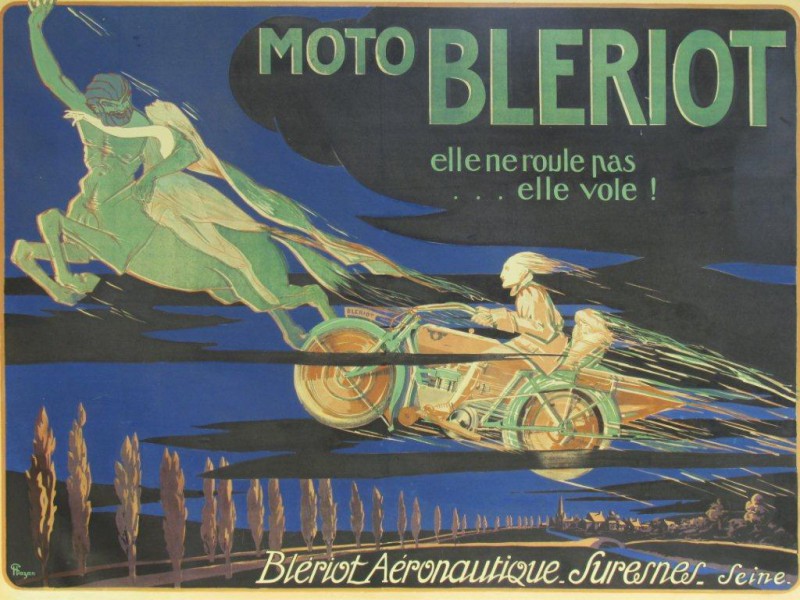 The Allied victory in 1918 results in difficult times for the aircraft industry.
During the war a large manufacturing capability has been built up, but the end of the war means the disappearance of the market for military aircraft and commercial aviation is as yet undeveloped.
Louis Blériot, too,  has to turn to new products to keep his factories  going: a contract to build fishing boats is accepted  and the production of  a range of motorcycles and  cycle cars  is taken up.
The motorcycles are manufactured at  Blériot    Aéronautique,  3, Quai Galliéni, Suresnes   (Paris) , but the cycle cars ( which have twin two stoke engines and shaft drive)  are made at a Blériot -owned factory in Addlestone in England.
The design of the rolling chassis  of the Blériot motorcycle is in line with contemporary machines: the  disc wheels  are quite in vogue in the early twenties,  though most manufacturers don’t  specify them as standard equipment.
What makes the Blériot  really special is its engine configuration. It’s a side valve  twin engine, not in the usual V- or flat twin configuration, but with  a parallel setup of the cylinders. With bore x stroke of 60×88 mm the engine displaces 497 cc.
Three versions are available: Sport, Touriste and  S.T.D. The machine has a unit engine with  splash lubrication, 3 speed gearbox with multiple disc clutch and belt transmission.
The makers claim a power output of 12HP @ 3,000 rpm and a top speed of about  75 km/hour.  Stopping power is provided by two brakes on the rear wheel, an internal expanding and contracting band.
For heavy sidecar work there is also a 750 cc  8 HP  model available with bore x stroke of  70x 96 mm.
This model is  equipped with a reverse gear. A model with rear suspension  is also available.
The company slogan is “elle ne roule pas –  elle vole”  (‘She doesn’t ride – she flies” ).
Notwithstanding this remarkable feature the output  seems to have been modest and around 1923  the production ceases.
Now, some 90 years later, around  a dozen of these charismatic  motorcycles  are known to  survive.
As far as we know the machine on offer is the only machine  which is still in original and  unrestored condition.