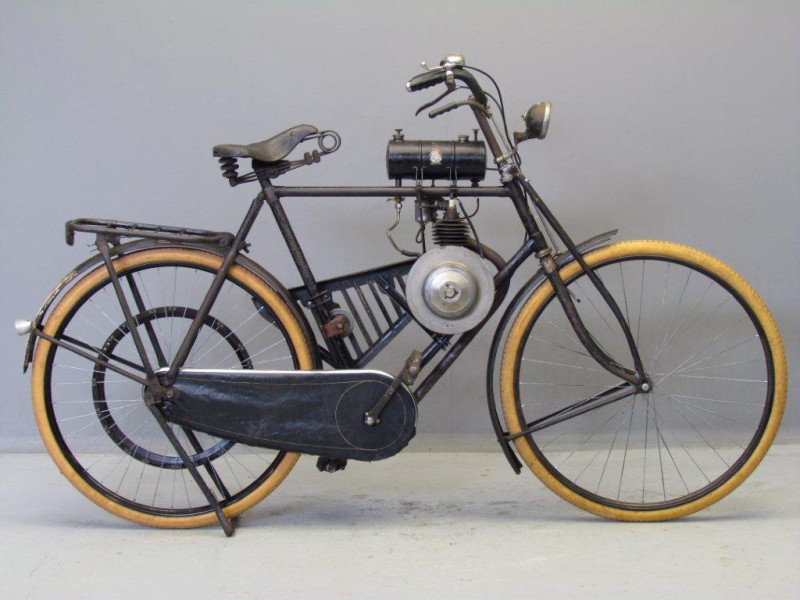 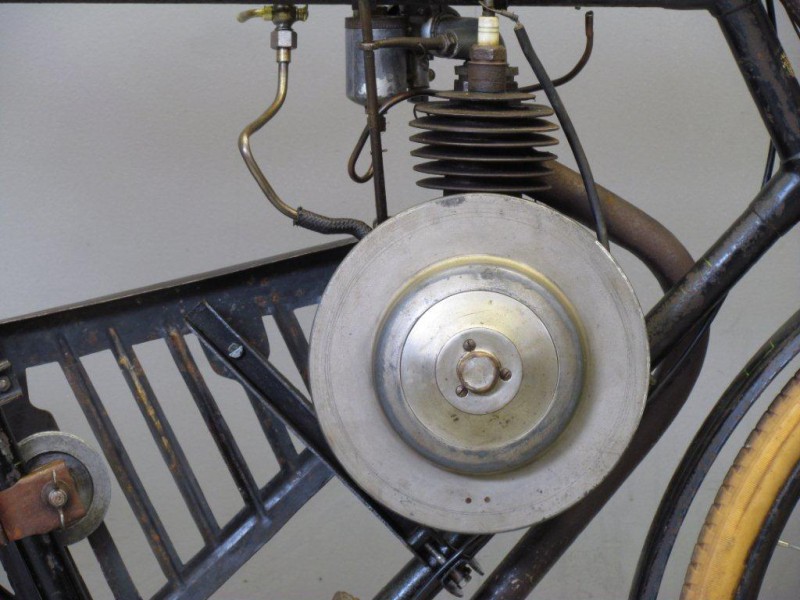 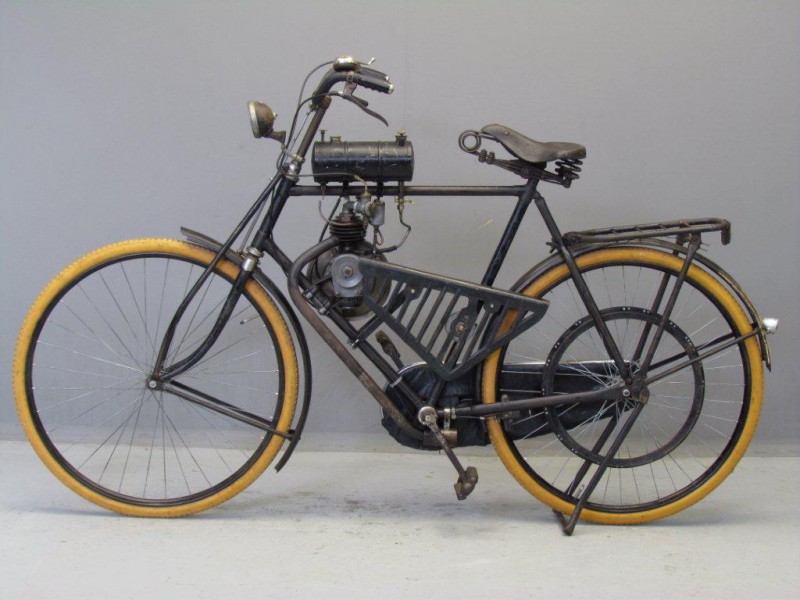 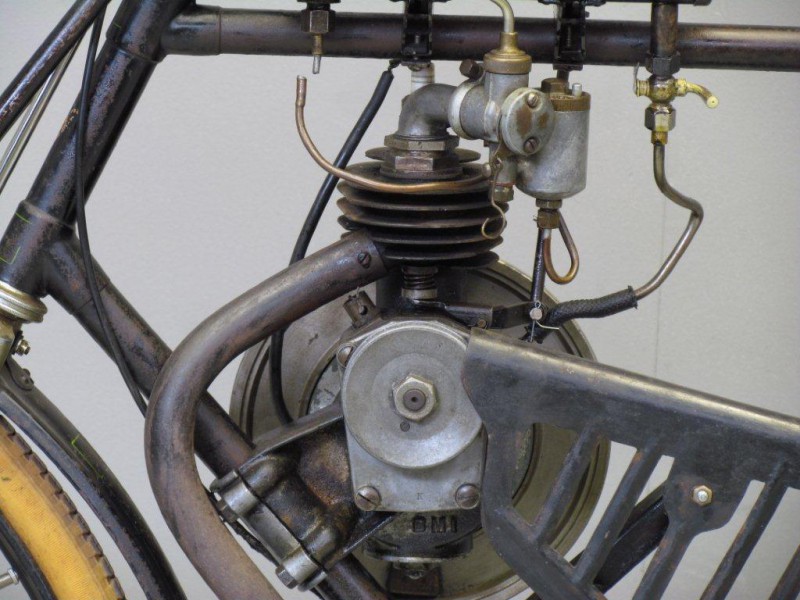 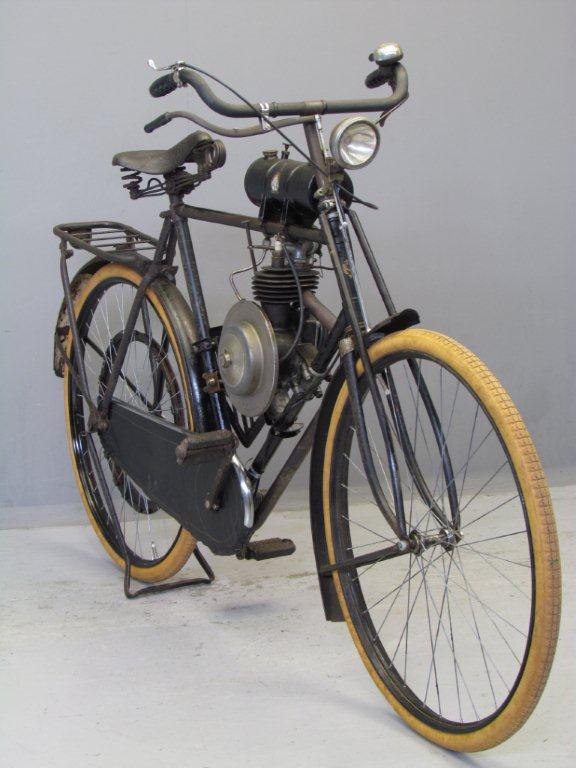 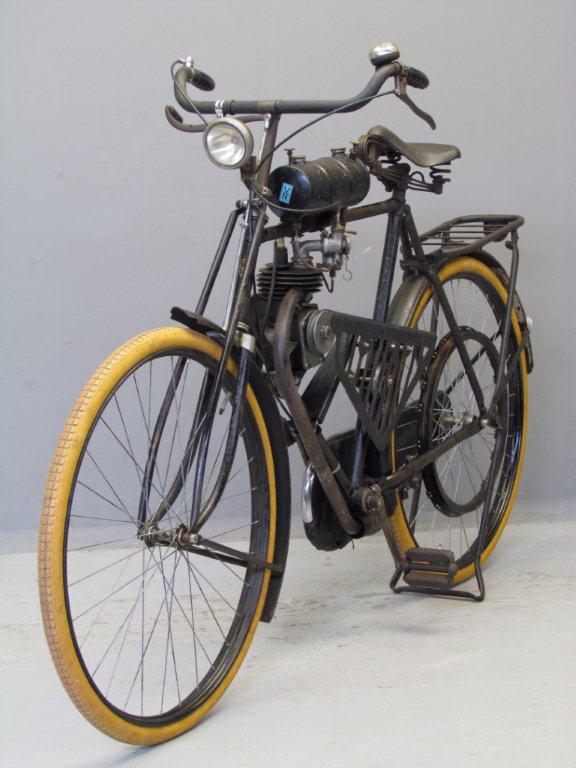 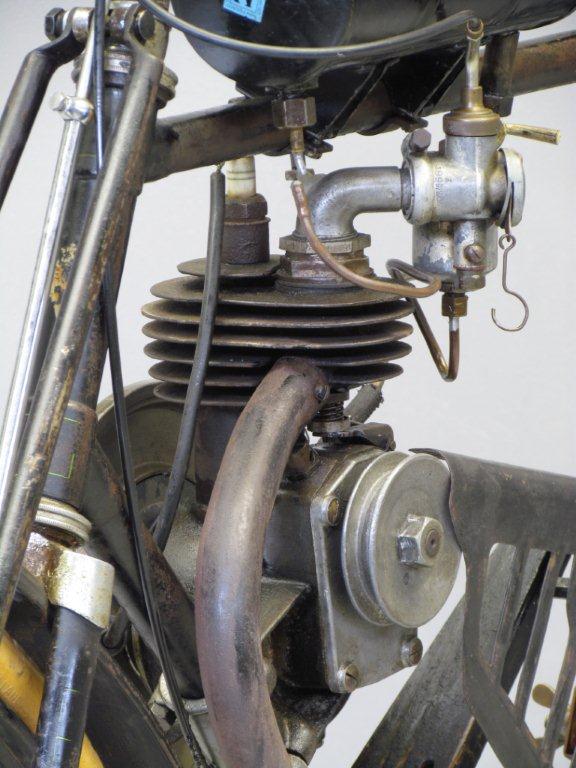 During his years at the well-known Dutch  Stork machine factory engineer Beyerman designed  an auxiliary bicycle engine.
The company  saw not much commercial success in the design so Beyerman decided to quit his job and market the little engine himself.
The 80 cc four stroke engine had bore and stroke dimensions of 45×50 mm.
It had an automatic inlet valve and a side exhaust valve. Cylinder, head and crankcase were cast  as a single unit and an outside flywheel was fitted.
A V-belt drove the rear wheel; this drive belt could be taken off in a moment to transform the BMI to a pedal-driven vehicle if necessary.
Production started in 1934 at the “Bilthovense  Metaal Industrie”, a small  company in the village of Bilthoven.
Most parts of the engine were manufactured by other Dutch companies in the Bilthoven region, the only foreign parts being the Amal carburetor and the Bosch flywheel ignition. Assembly and testing took place at the BMI  facility at  22, Rembrandtlaan  Bilthoven.
Customers could order a loose power unit or a complete motorized bicycle: the bicycles were  produced by the Sengers bicycle factory, conveniently located in the same street in Bilthoven.
Sales were not very encouraging because the very popular and more powerful DKW RT 98 cc  and its rivals were  not much more expensive  than the BMI.
The little engine proved to be useful in  various   applications, though: it was used to power rail inspection vehicles, mobile grinding wheels, small boats, washing machines, invalid carriages, tandems  and transport bicycles to name a few.
By the end of 1936 an updated model with front suspension was brought out  and in 1937 a prototype proper motorcycle  with  175cc four stroke engine was constructed which didn’t make it to the production stage.
In the course of 1937 production was stopped.
Allegedly some 3,500 units have been produced between 1934 and 1937. (source: Piet Cornet,  “ De Nederlandse  Motorhistorie”.)
This  interesting little machine is in good condition.