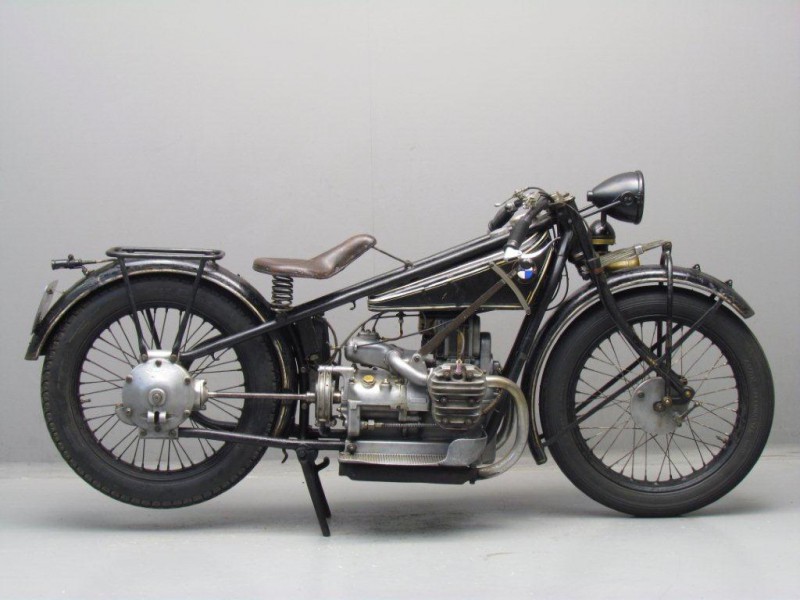 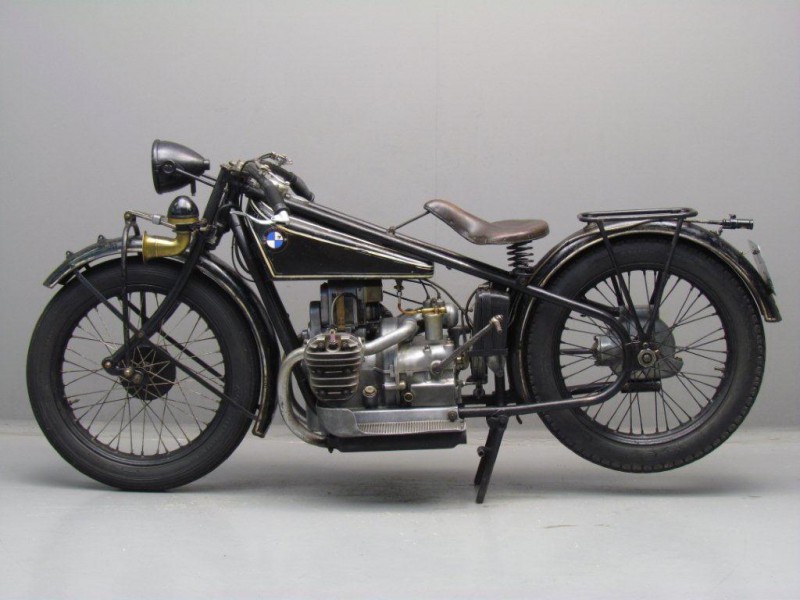 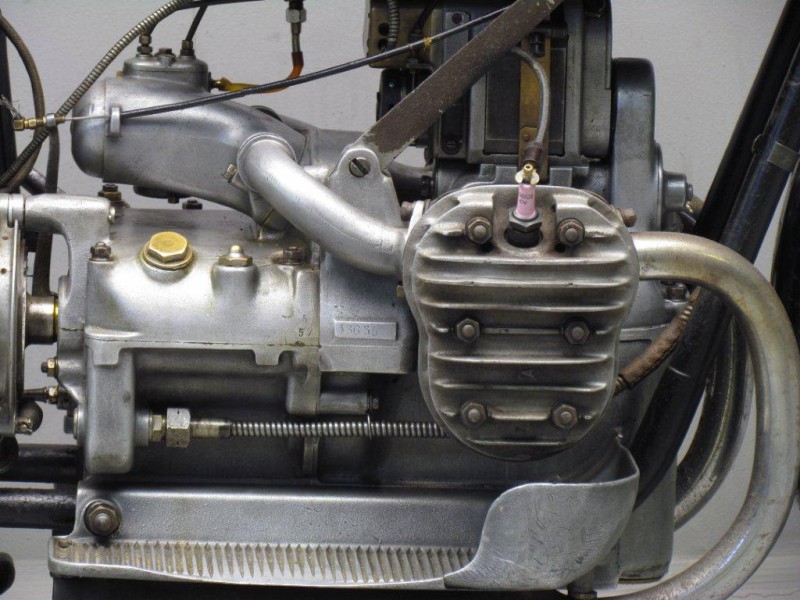 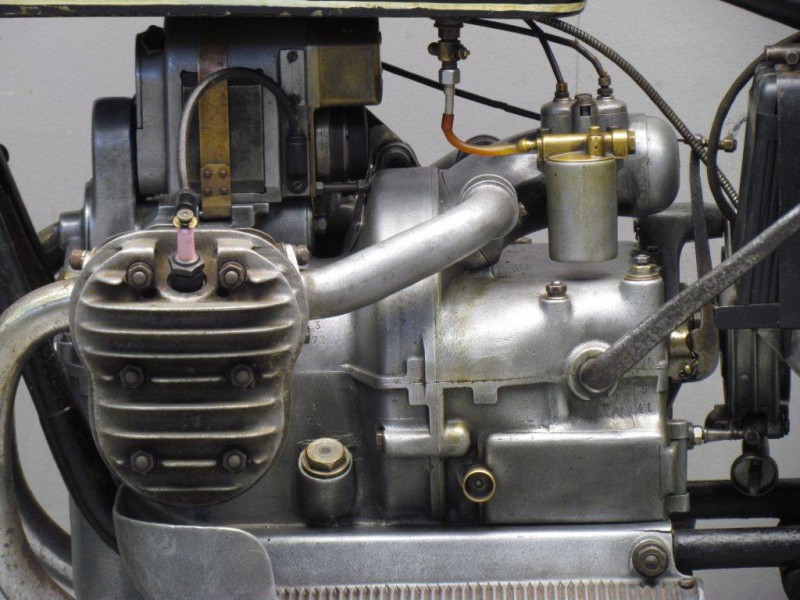 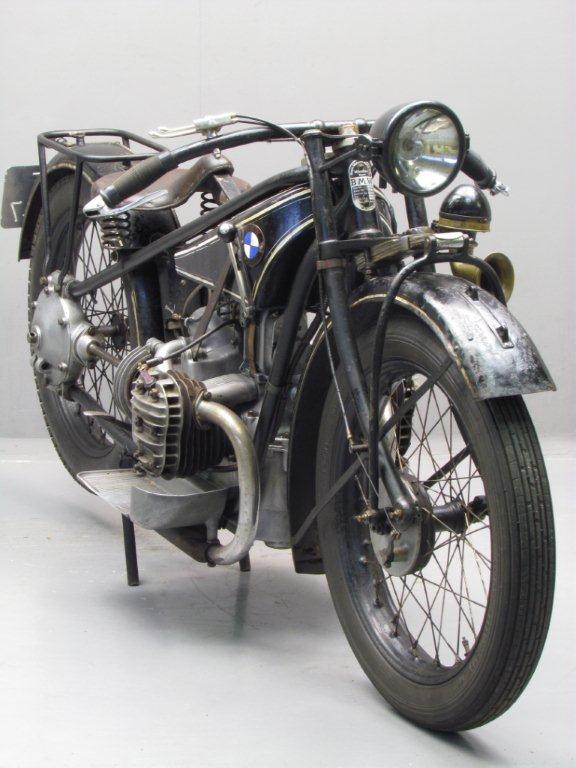 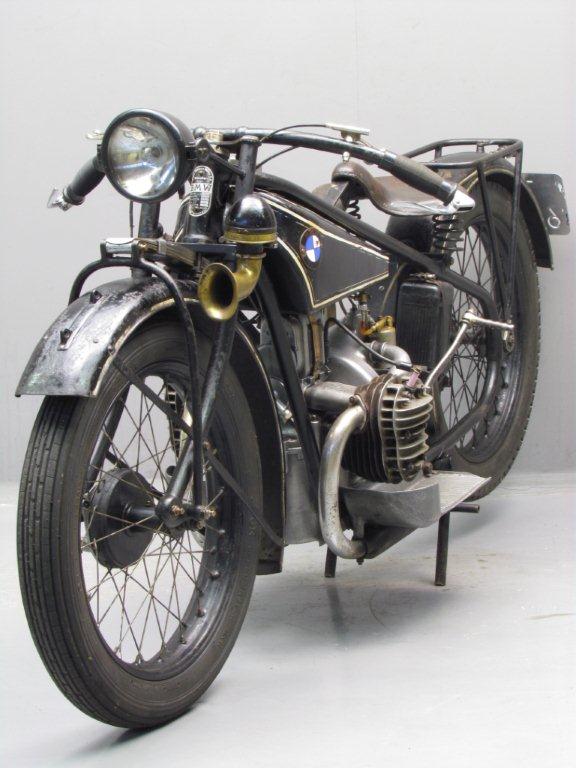 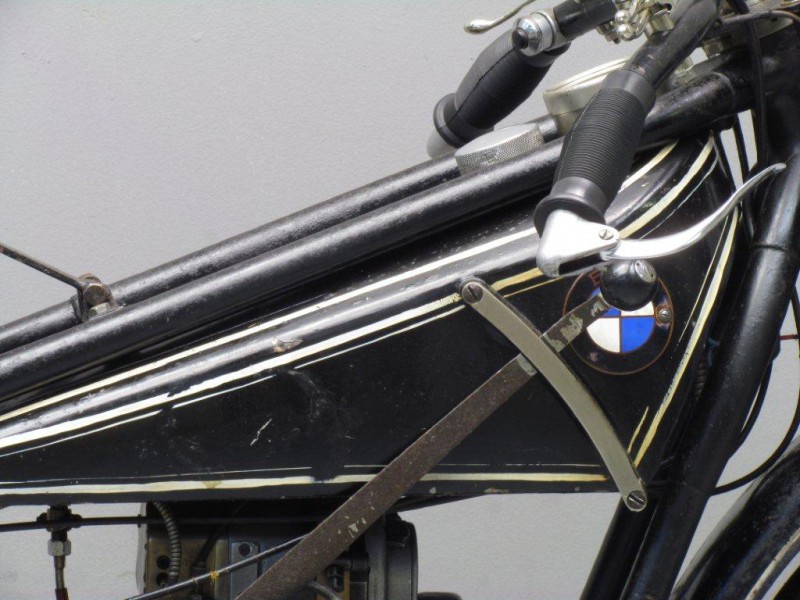 The first BMW, the 500 cc side valve R 32,  was marketed in 1923.
3100 machines were built. Two years later an OHV version was brought out, the R 37.
This machine had the smallest production run of all commercially produced models in the company’s motorcycling history: only 175 were produced.
In 1926 the R 42 saw the light: it was based on the R 32 but some modifications had made it faster and more practical: the brakes were improved and the engine got light alloy removable cylinder head.
Power was still modest at 12 HP @ 3400 RPM.
The machine was relatively light with 126 KG and the maximum speed was about 95 Km/h.
The R 42 had a production run of three years and some 6900 machines were built.
This rare flat tank BMW is in excellent  original condition and has a very pleasant patina.