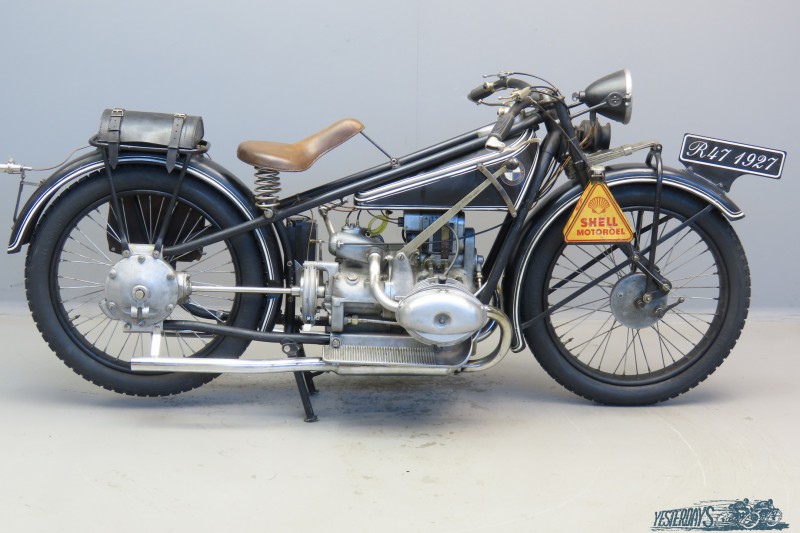 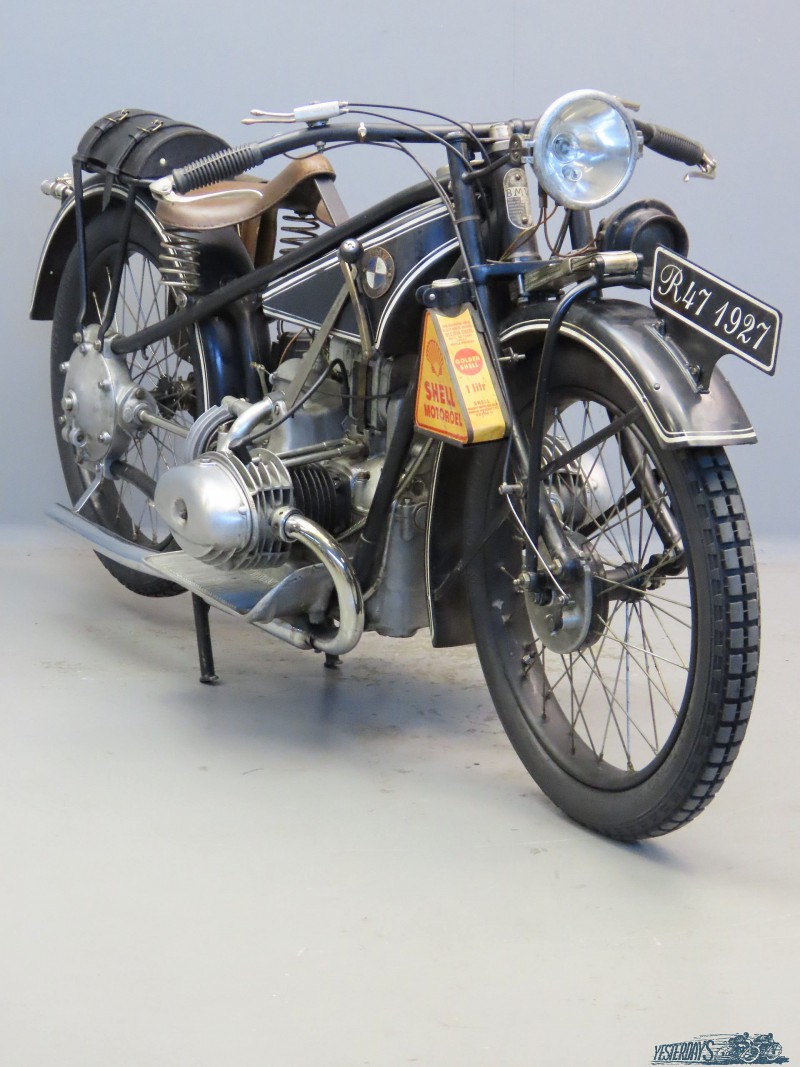 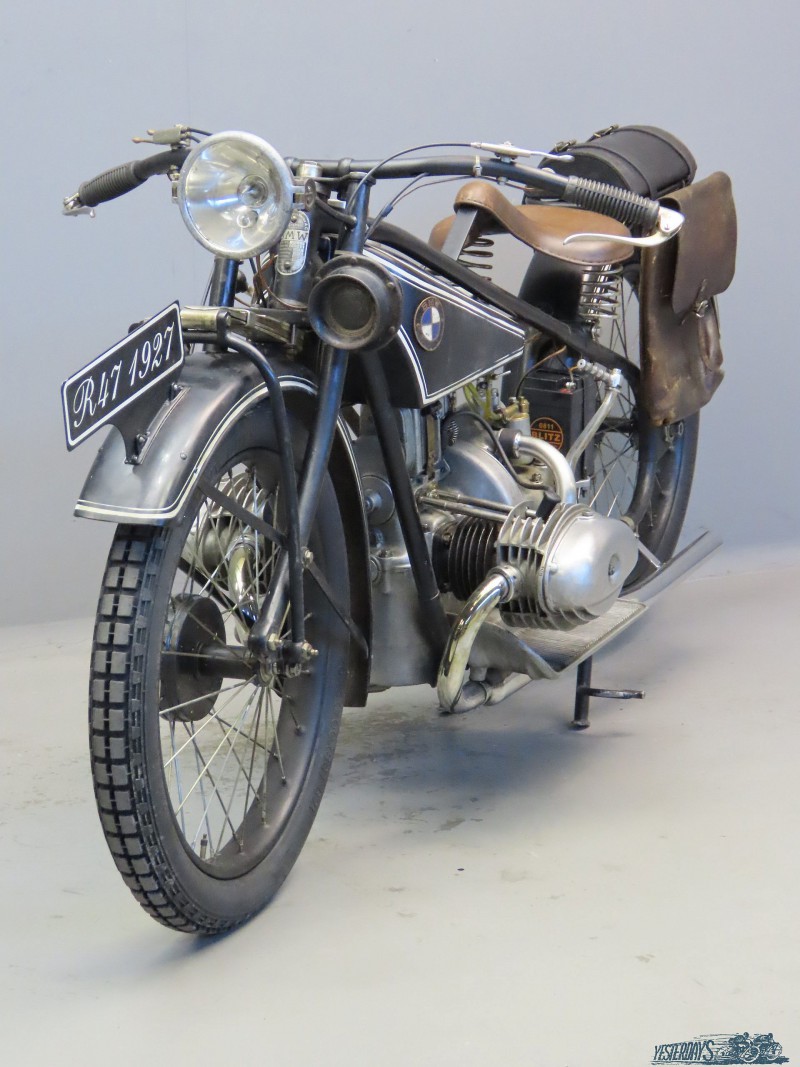 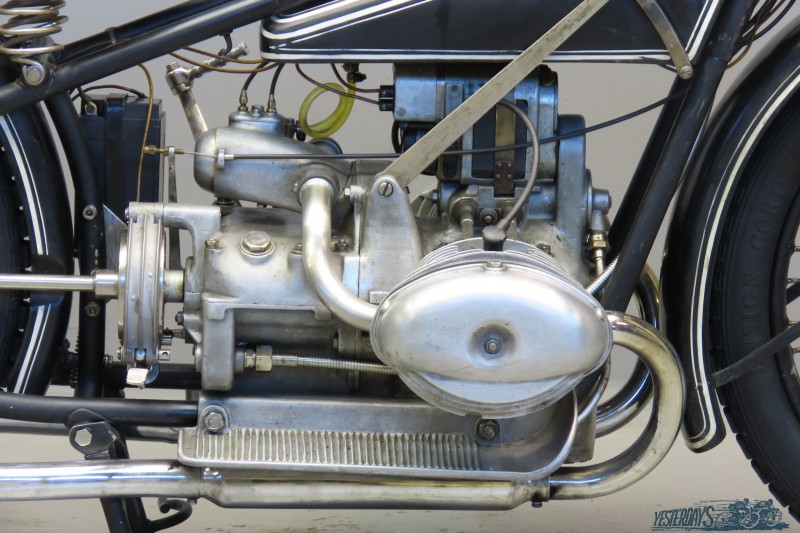 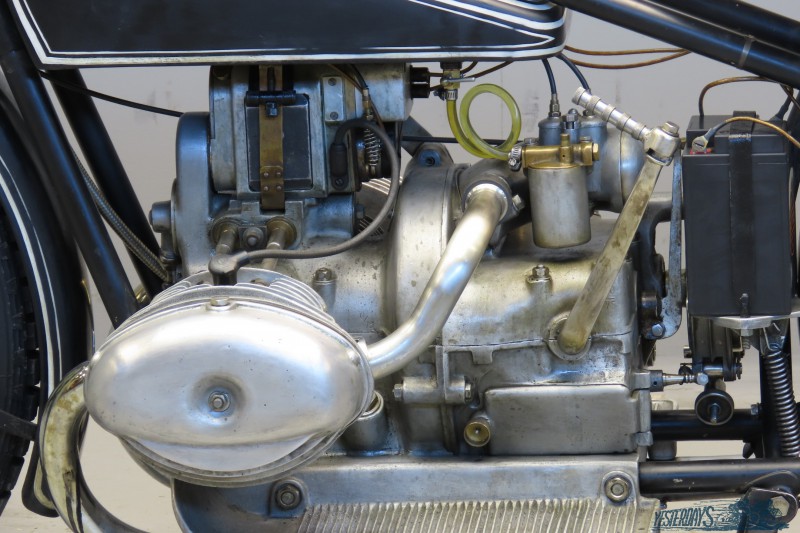 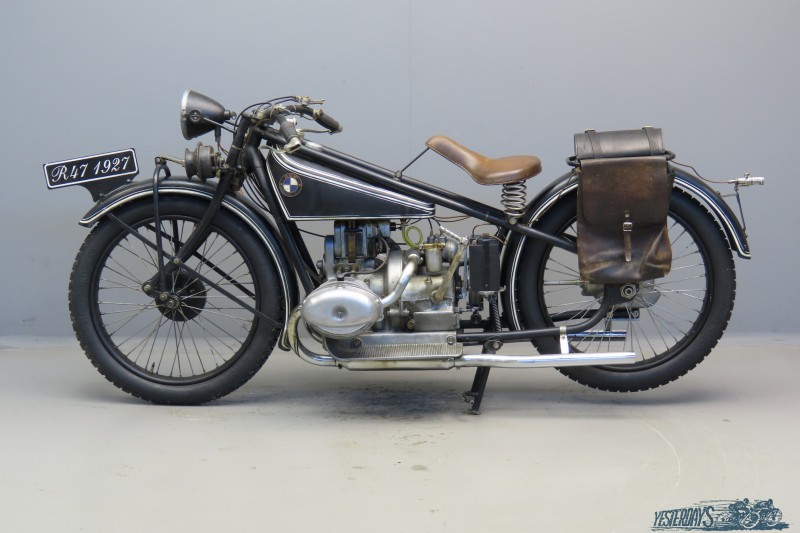 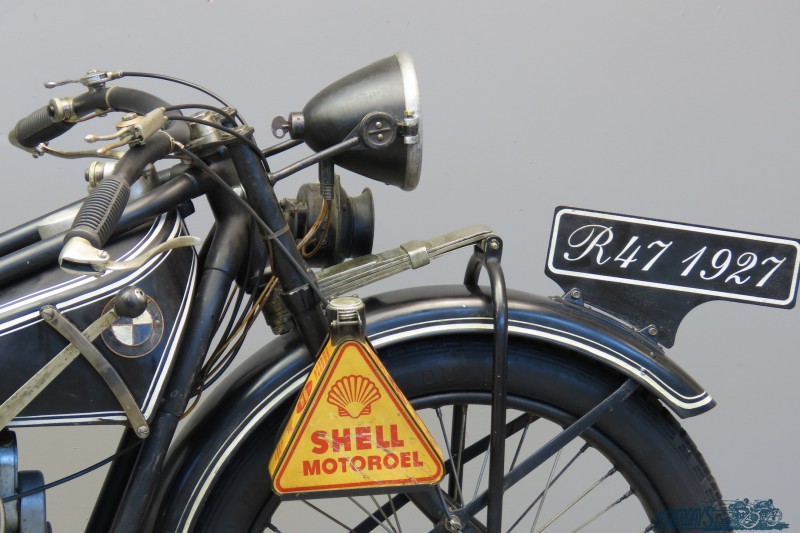 BMW 1927 R47 494 cc ohv transverse twin frame # 4293 engine # 34744
The first BMW, the 500 cc side valve tourer R32, is marketed in 1923; 3100 machines are built. Two years later an OHV sports version is brought out, the R37. This machine features the smallest production run of all commercially produced models in the company’s motorcycling history: only 175 leave the factory. The R37 is replaced by the improved R47 that is introduced alongside the sidevalve-engined R42 tourer, both models benefitting from a redesigned and more powerful engine. The engine is set further back in the duplex loop frame, which improves weight distribution and enables straight front down-tubes to be used. The braking gets its share of attention too: the old block-and-pulley type rear brake is replaced by a drum on the driveshaft gripped by external contracting bands. The front brake is a 150mm internal expanding device. Electric lighting is still regarded as an ‘extra’ and will not be standardized until 1928. A practical feature is the centre stand, used on BMW’s from 1923 on. Most other makes still had the cumbersome rear stands in the twenties, some even till far into the 1930s.
Maximum power output of the R47 is 18bhp @4000 rpm and its top speed is 110 km/h. Compression ratio is 5.8:1 and there’s two litres of oil on board. The machine weighs 130kgs and production lasts for just two years, 1,720 machines being sold. This very rare sports BMW has been carefully restored a number of years ago. She comes with Bosch full electric lighting and electric Bosch FD 6A horn. A comfortable Lepper saddle is fitted and the built-in speedometer is a Veigel instrument. In the restoration process a number of parts have been patinized which greatly adds to the vintage look of this rare sports BMW. Accessories include two leather bags and a front-fork mounted Shell oil can.