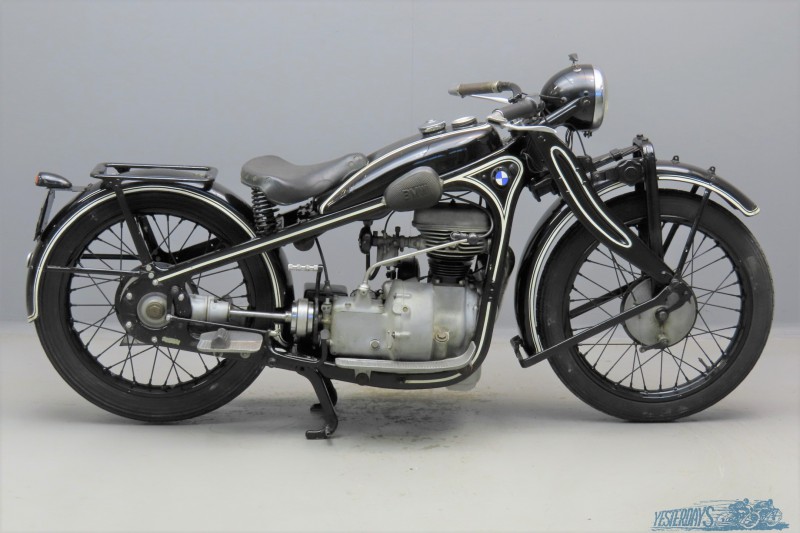 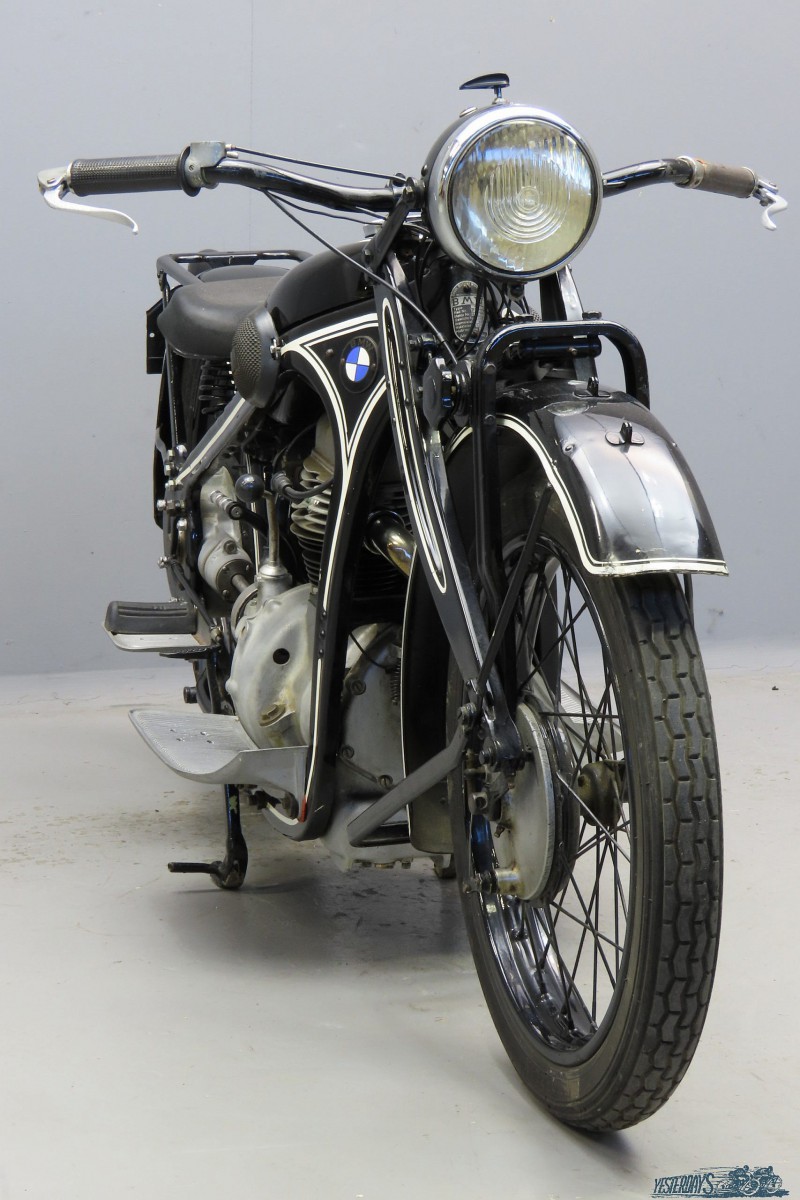 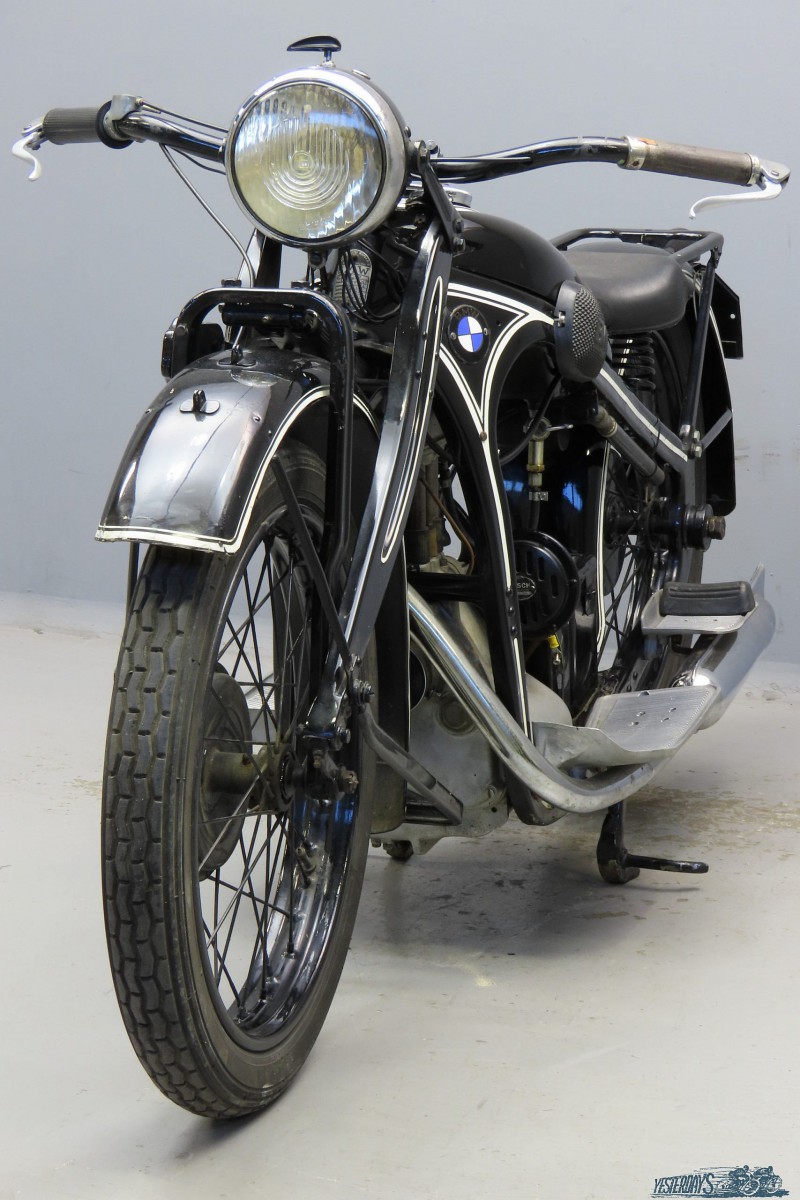 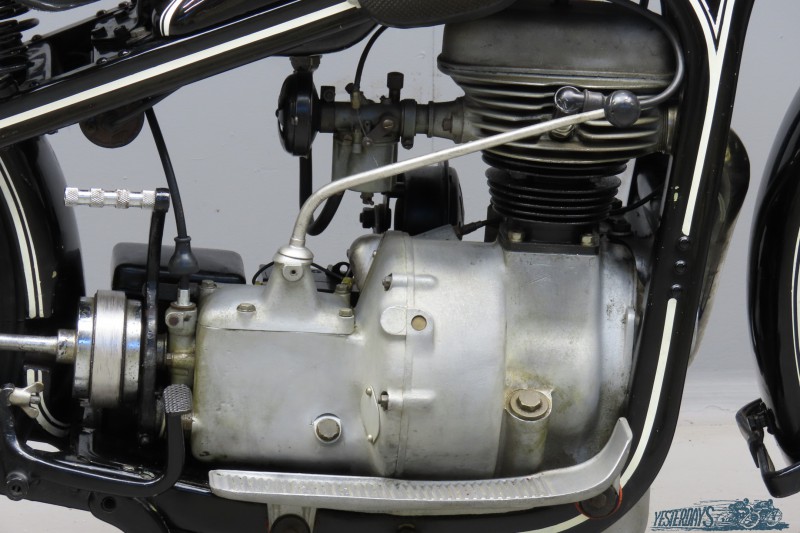 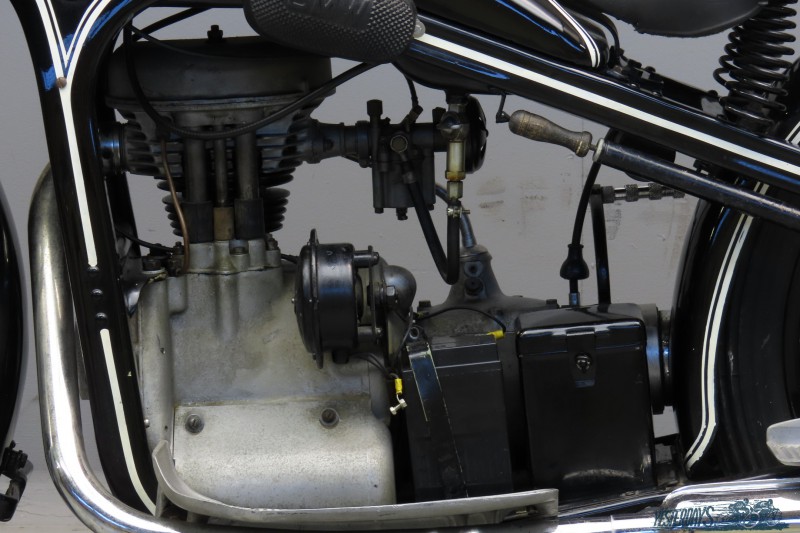 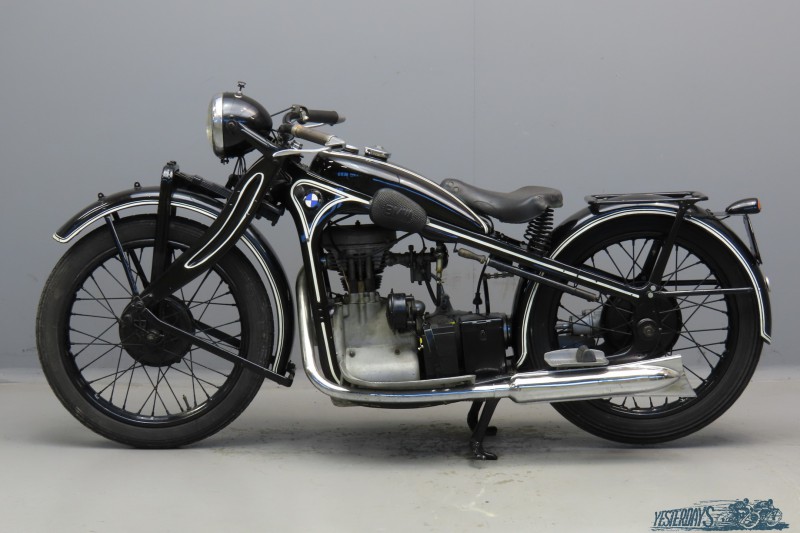 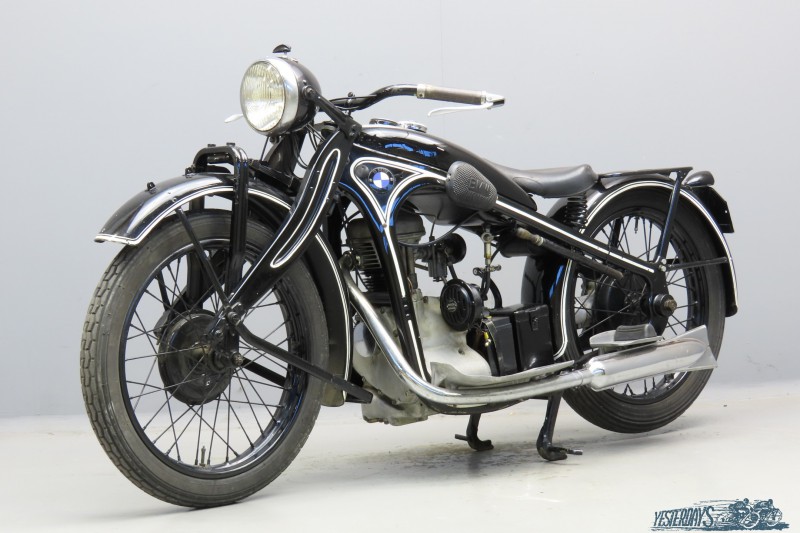 To stimulate the use of light motorcycles the German authorities decided that from April 1, 1928 it was no longer needed to have a driver’s licence or to pay road tax for machines with a capacity of less than 200cc. Many manufacturers were very quick to react to this new rule and from 1929 many models in the 200cc class were brought out. BMW was a bit slow to react since their 198cc R2 became only available in 1931. But good work takes time: The new R2 was superbly and expensively engineered to BMW’s usual exacting standards and was distinctive in both styling and design, with pressed steel frame, trailing bottom link leaf sprung suspension, low centre of gravity, overhead-valve engine and shaft drive setting it in a class apart from its many competitors. It was a commercial success too: it would become the most successful BMW in terms of numbers sold in the early thirties: by the end of production in 1936 some 15,000 had been sold. The machine was relatively light at 110kg and the little engine with bore x stroke of 63 x 64mm could deliver 6hp @3500 rpm; later the power grew to 8hp. Top speed was some 90km/h. The charming little BMW we present comes with aluminium footboards for rider and passenger, tank-top speedometer and Franke Drilastic saddle. It is an older restoration in good condition. The machine was originally sold in the The Netherlands and still displays its original Dutch registration number from the province of Groningen: till the early fifties numbers were issued to persons, not vehicles. A-13144 was issued in February 1927 to a Mr. Van der Plaats who was a teacher on a secondary school in the city of Groningen.