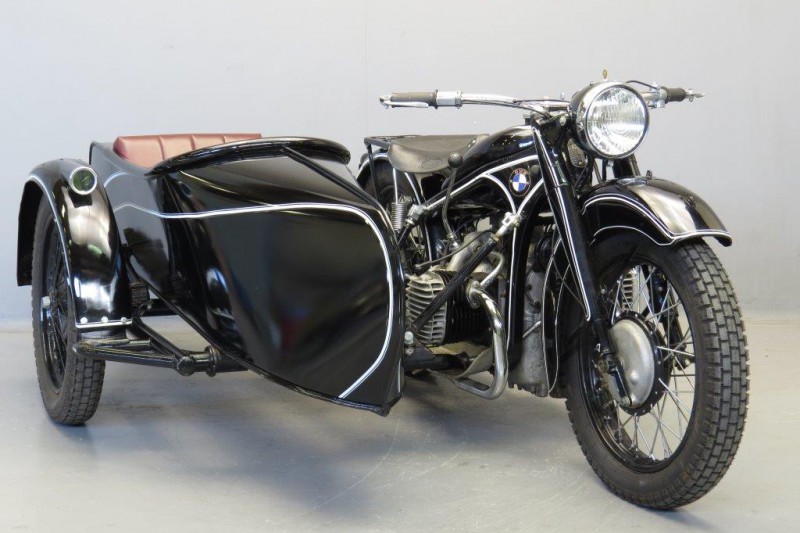 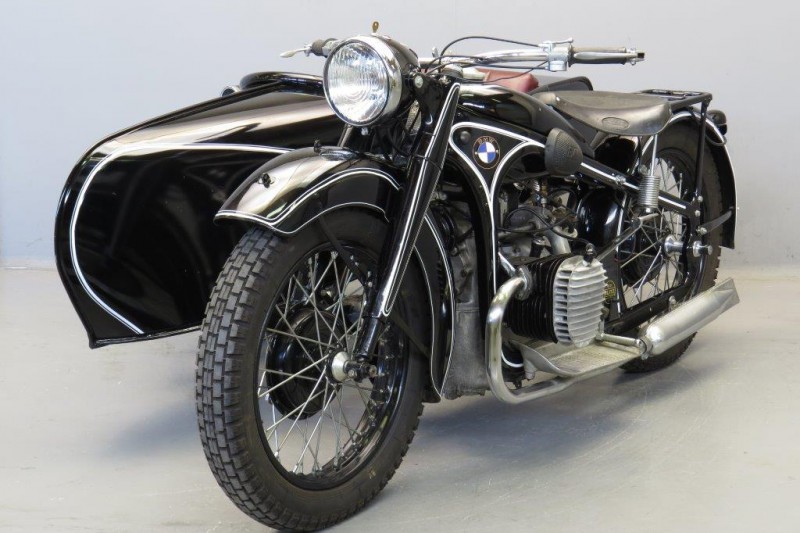 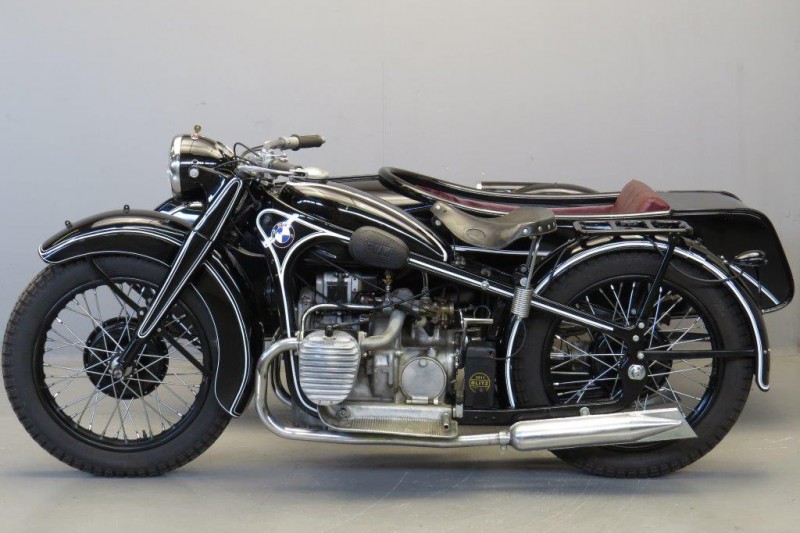 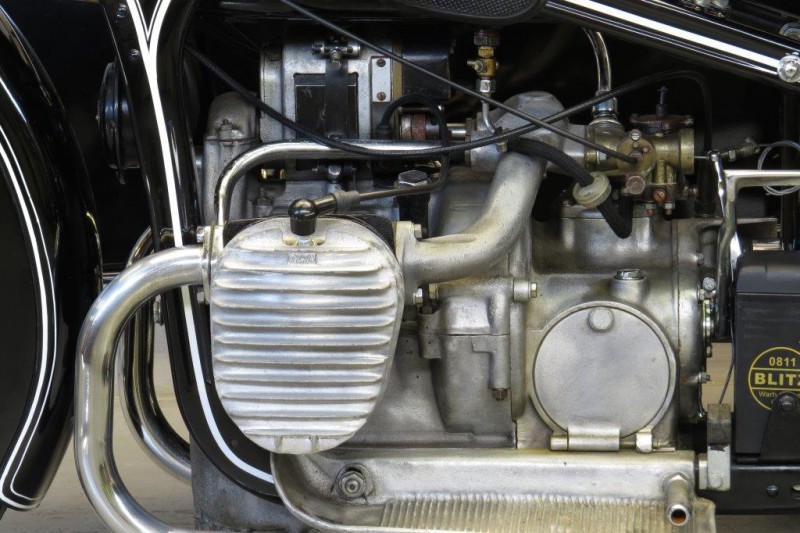 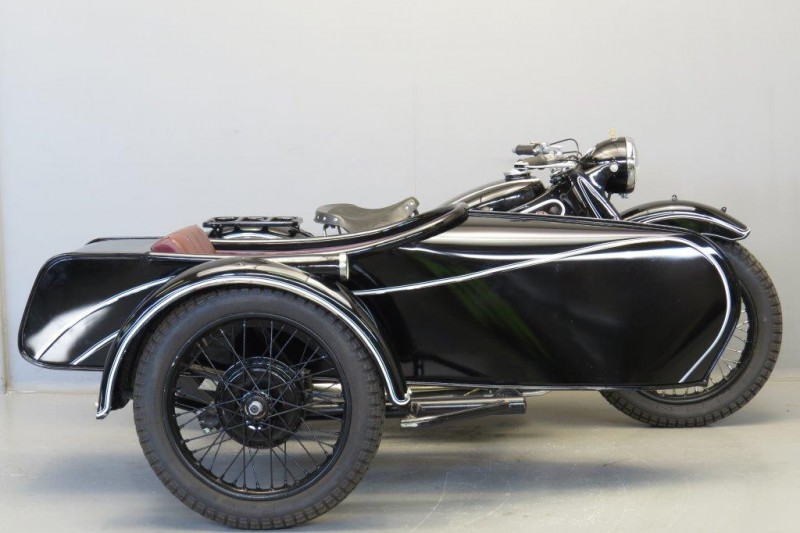 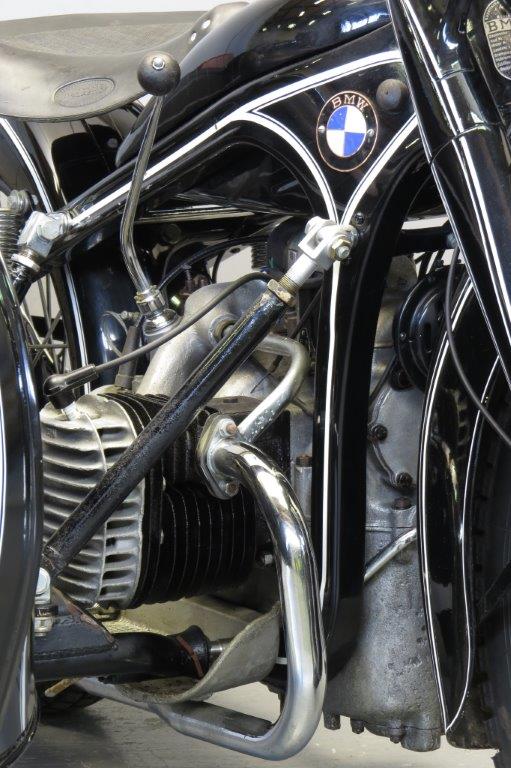 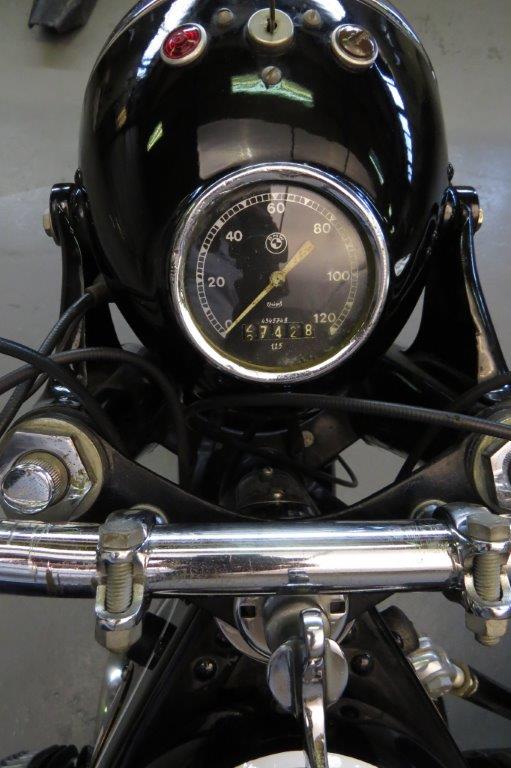 It’s difficult to find any logic in the  vintage BMW model designations but here is a rare exception: the R 12 was the successor of the R11,  produced between 1929 and 1934.
It had a pressed steel frame and leaf sprung front suspension.
In 1935 the R 12 was introduced  with many novel features, the most important  was the new hydraulic damped telescopic front forks.
Setright remarks about the new front forks: “ Compared with the old trailing bottom-link arrangement with its multiplicity of small bushes and large leverages, the new forks were practically maintenance-free and had an incomparably longer life, as well as being much less liable to distortion.(…) The R12 and R 17 earned praise for their straight-line stability and generally better steering, as well as for the much improved durability that the new fork construction promised.”
Other  new features were the  4 speed gearbox ( still with hand change though)  and the fully interchangeable wheels.
The R 12 could be had  with single or twin carburetors.
This older restoration has the single Sum carburetor.
The combination is in fine condition throughout.