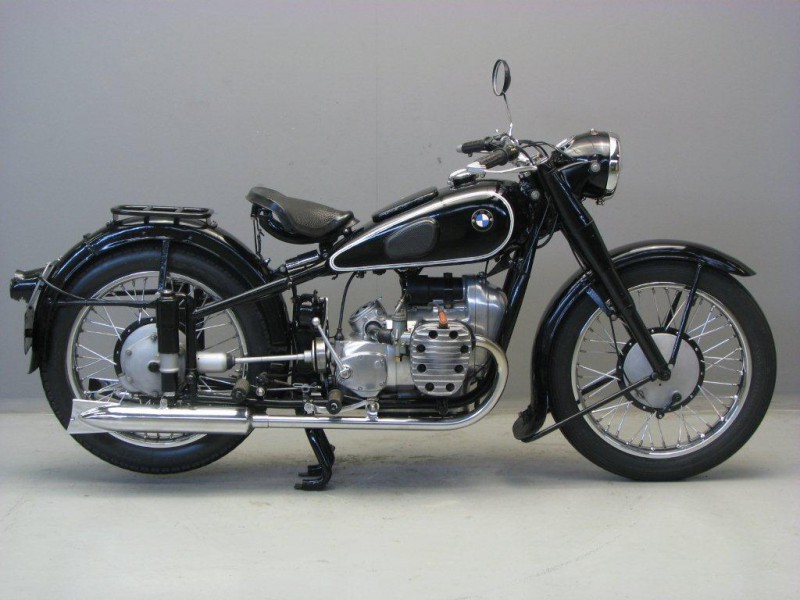 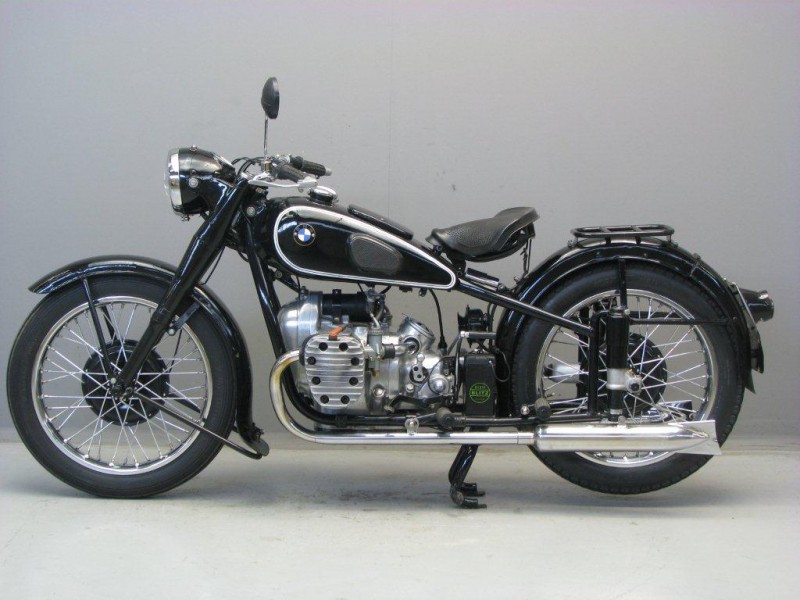 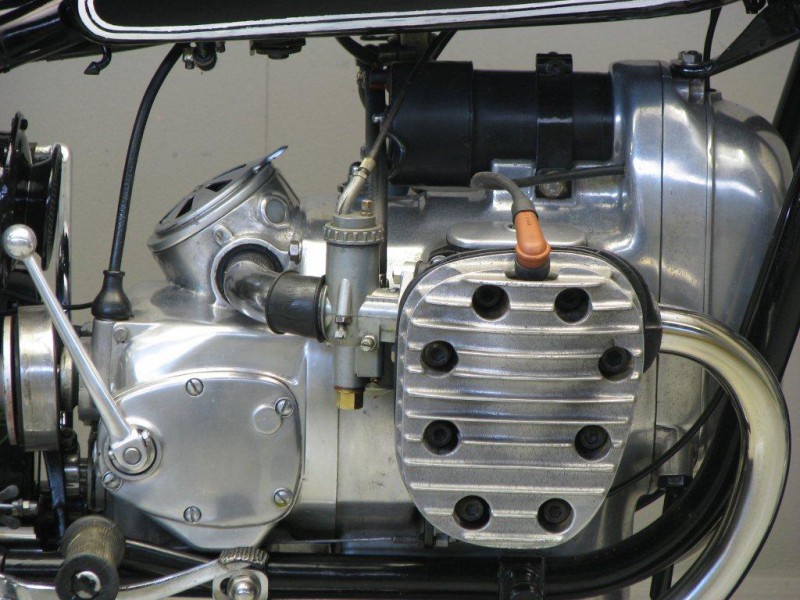 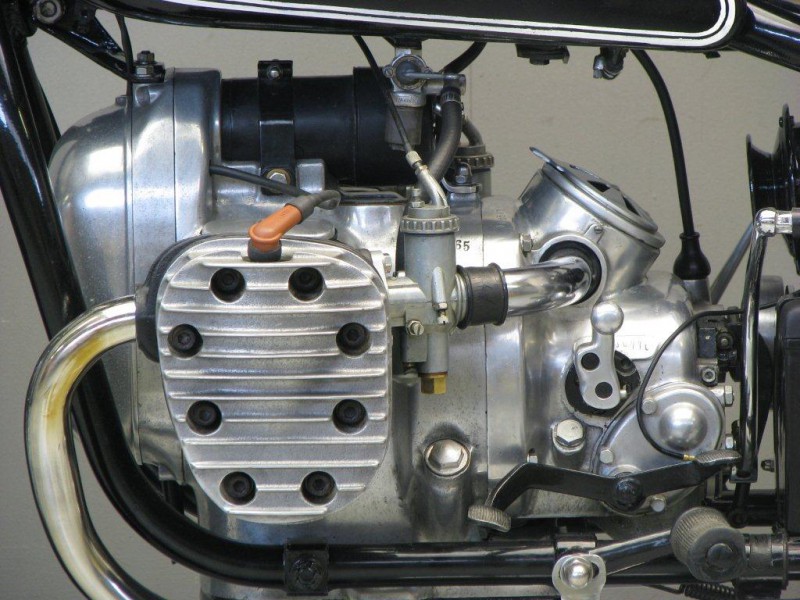 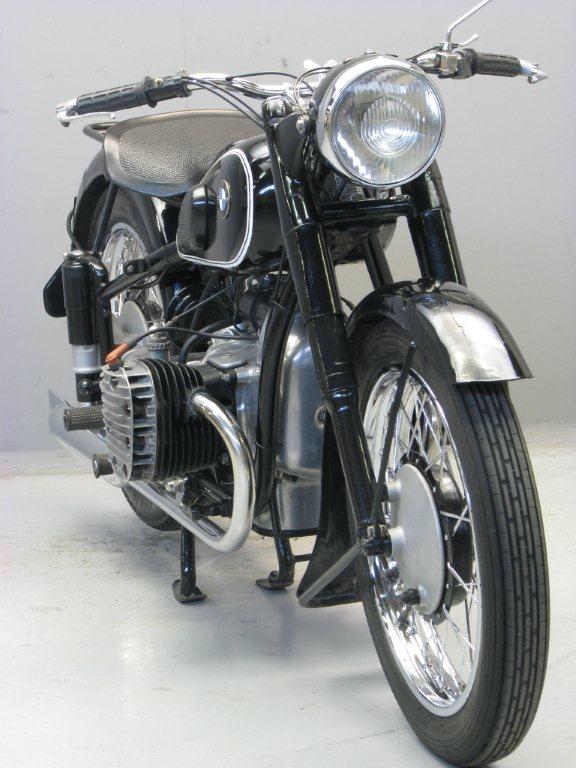 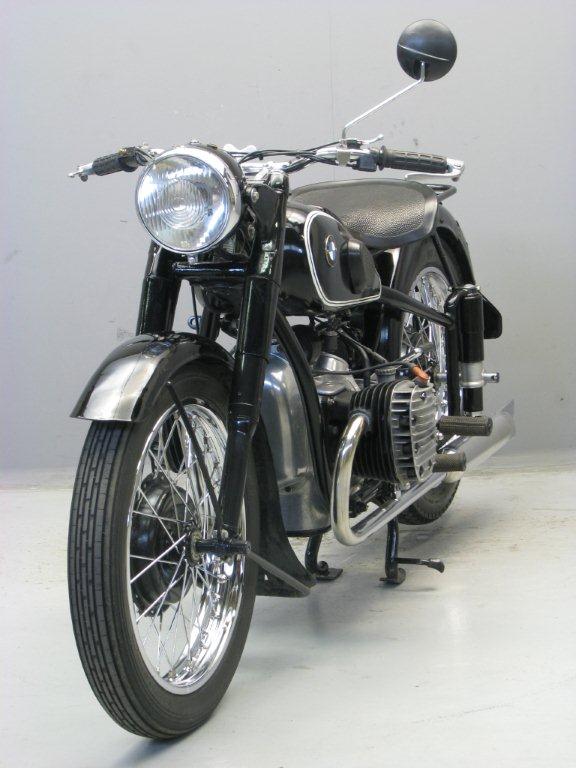 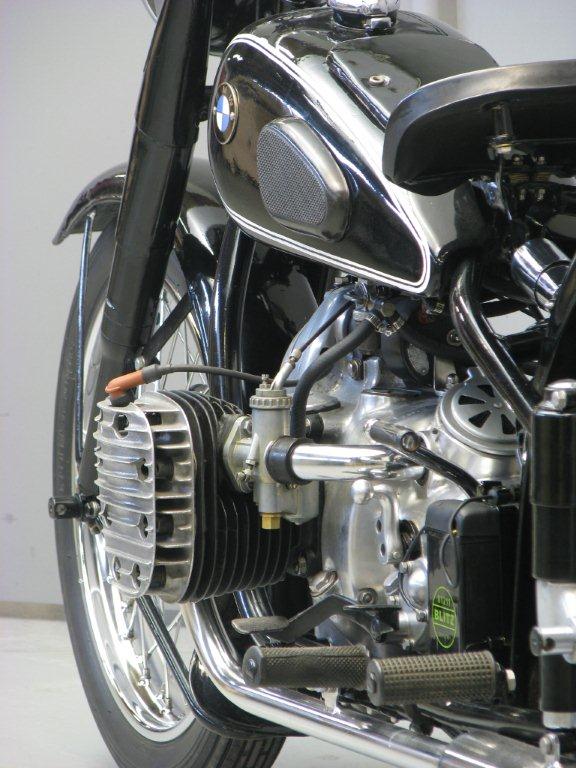 In the late thirties BMWs were sold in considerable numbers,  in spite of their high prices.
The make had built up an excellent reputation for  quality and luxury:  from 1938 on all BMWs had both front and rear springing, a feature which was very uncommon for most other makes.
From 1938 till the war stopped production of civilian bikes all BMW twins shared a common frame and cycle parts. All engines were interchangeable and shared the same transmission. Only the rear axle ratios were different.
The 745 cc engine with bore and stroke of 78×78 mm, has a compression ratio of 5.5 : 1 and  a power output of 22 HP @ 4600 rpm.
Fuel tank  capacity is 14  litres. Between 1938 and 1941 some 2,000  R 71’s were built.
This R 71 would be an excellent choice for  the  enthusiast who likes to ride a pre-war machine with post war specifications and comfort.
The machine  has been restored a number of years ago.