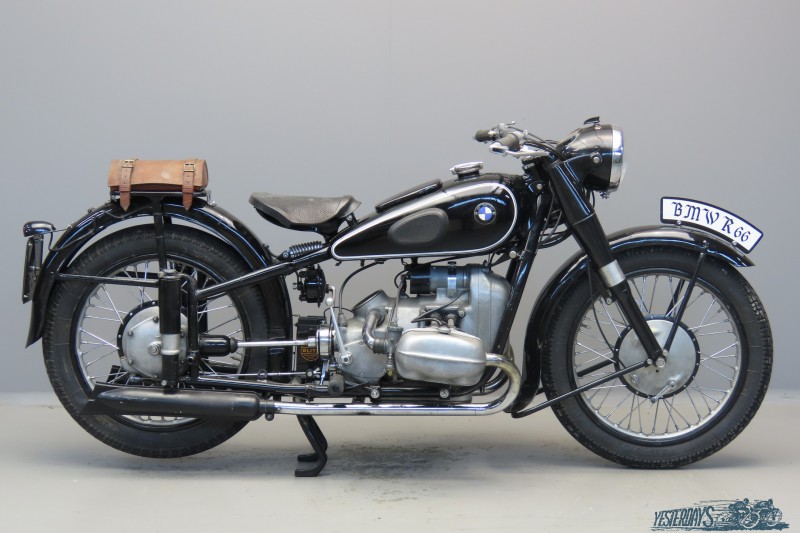 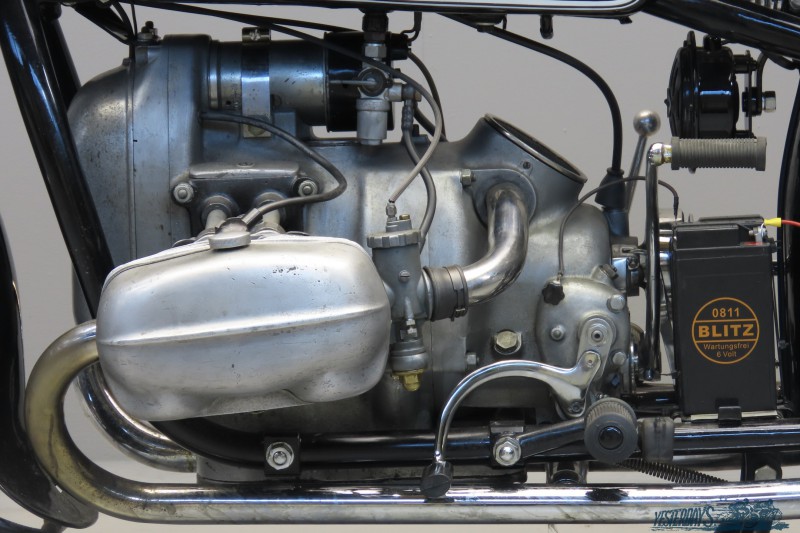 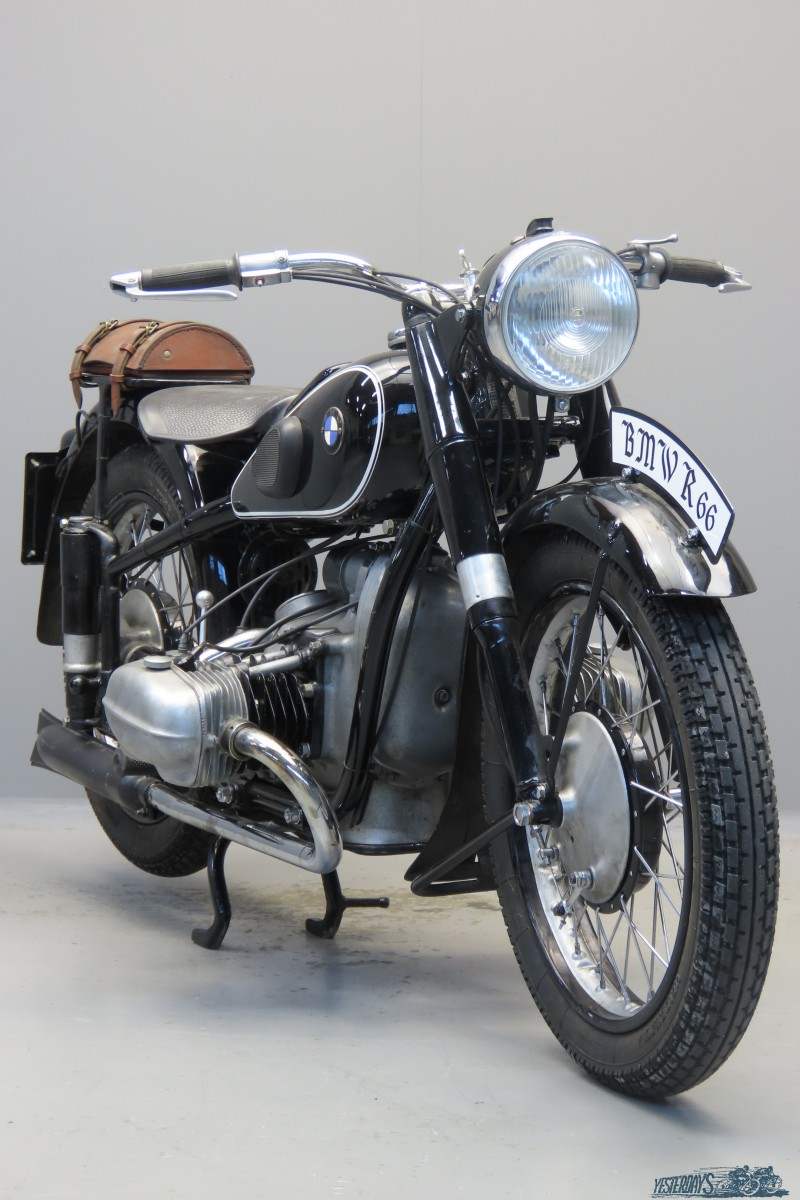 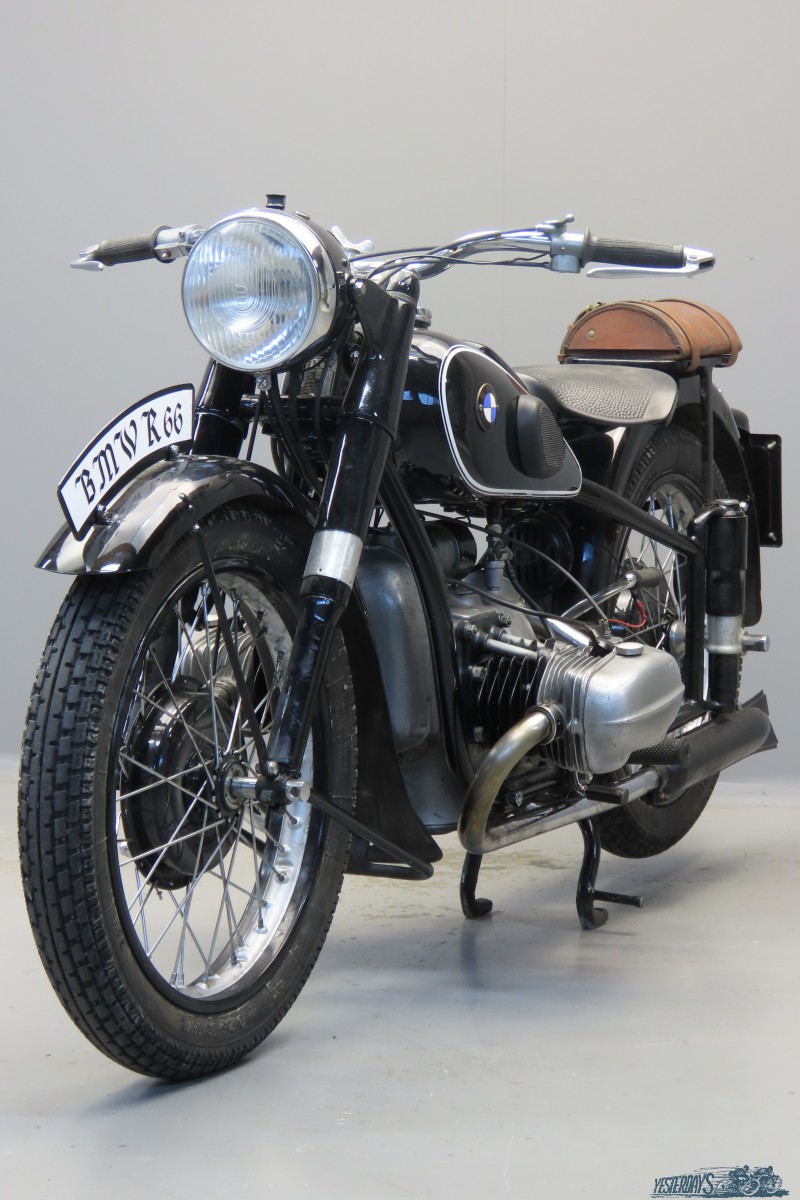 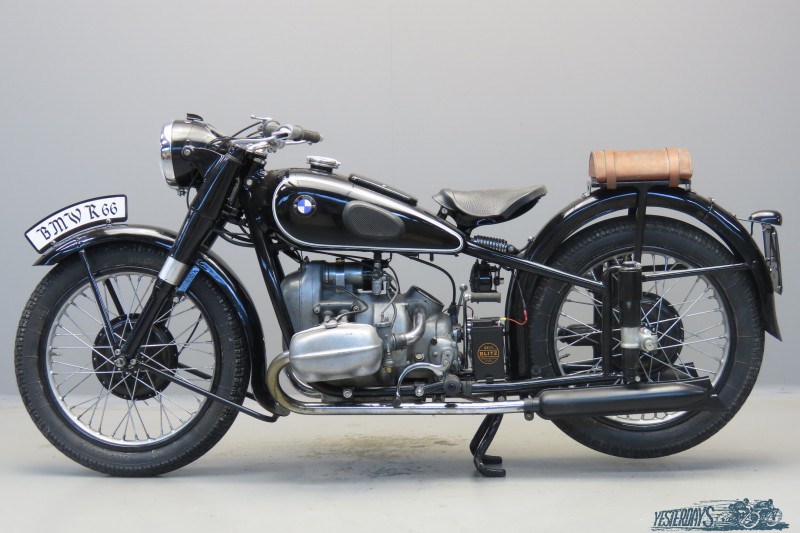 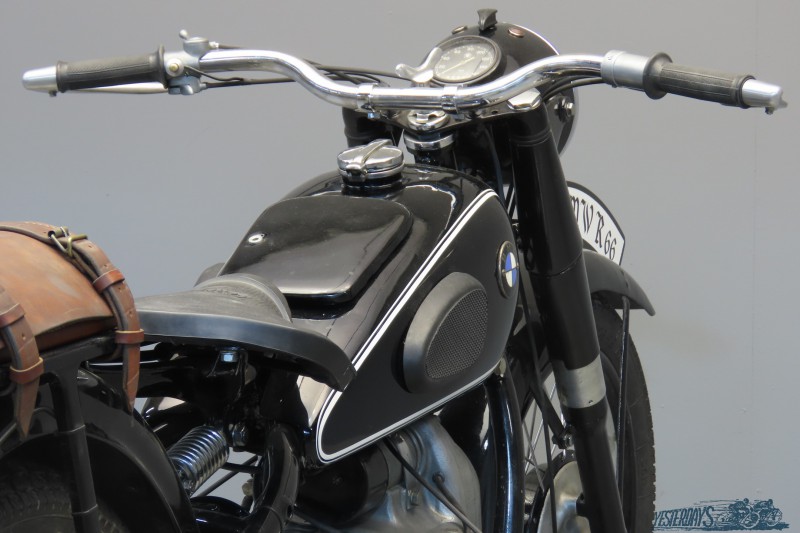 In the late thirties BMWs were sold in considerable numbers, in spite of their high prices. The make had built up an excellent reputation for quality and luxury: from 1938 on, all BMW twins had both front and rear springing. A feature which was very uncommon for most other makes. From 1938, till the war stopped production of civilian bikes, all BMW twins shared a common frame and common cycle parts. The 1938 BMW twin range comprised four models: two side valve machines, the 600cc R61 and the 750cc R71, two ohv machines, the 500cc R51 and the top model, the 600cc R66. All engines were interchangeable and shared the same transmission ratios, the final drive ratios could vary.
The 597cc engine with bore and stroke of 69.8 x 78 mm has a compression ratio of 6.8 : 1 and a power output of 30 hp @ 5300 rpm which gives a maximum speed of about 145 km/hour. Fuel tank capacity is 14 litres. Both wheels are quickly detachable and interchangeable. Between 1938 and 1941 only about 2,000 R 66s were built and probably not many of these expensive, top-of-the-range machines have survived. A notable detail of the R66 engine is that the cylinder heads are tilted slightly forward to provide more room for the rider’s feet in relation to the carburettor and air intake tube. The machine we present spent part of its life in Italy and is fitted with Dell’Orto carbs.
This R 66 would be an excellent choice for the enthusiast who likes to ride a pre-war machine with post war specifications and comfort; the machine has been restored, is in excellent condition and comes with comfortable “Pagusa” saddle and leather case on the rear carrier.