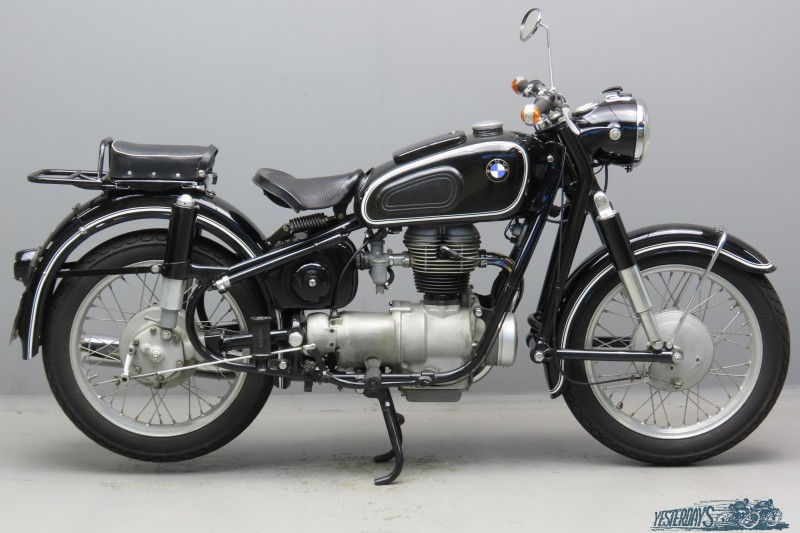 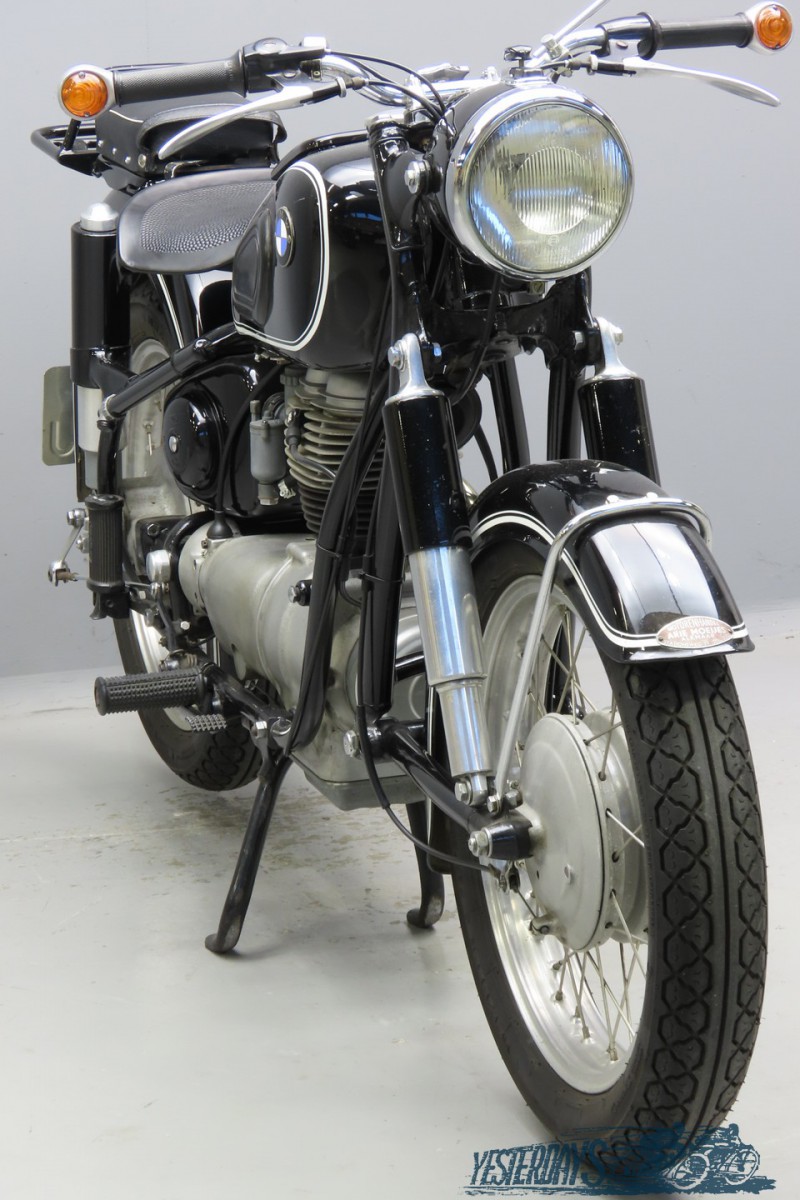 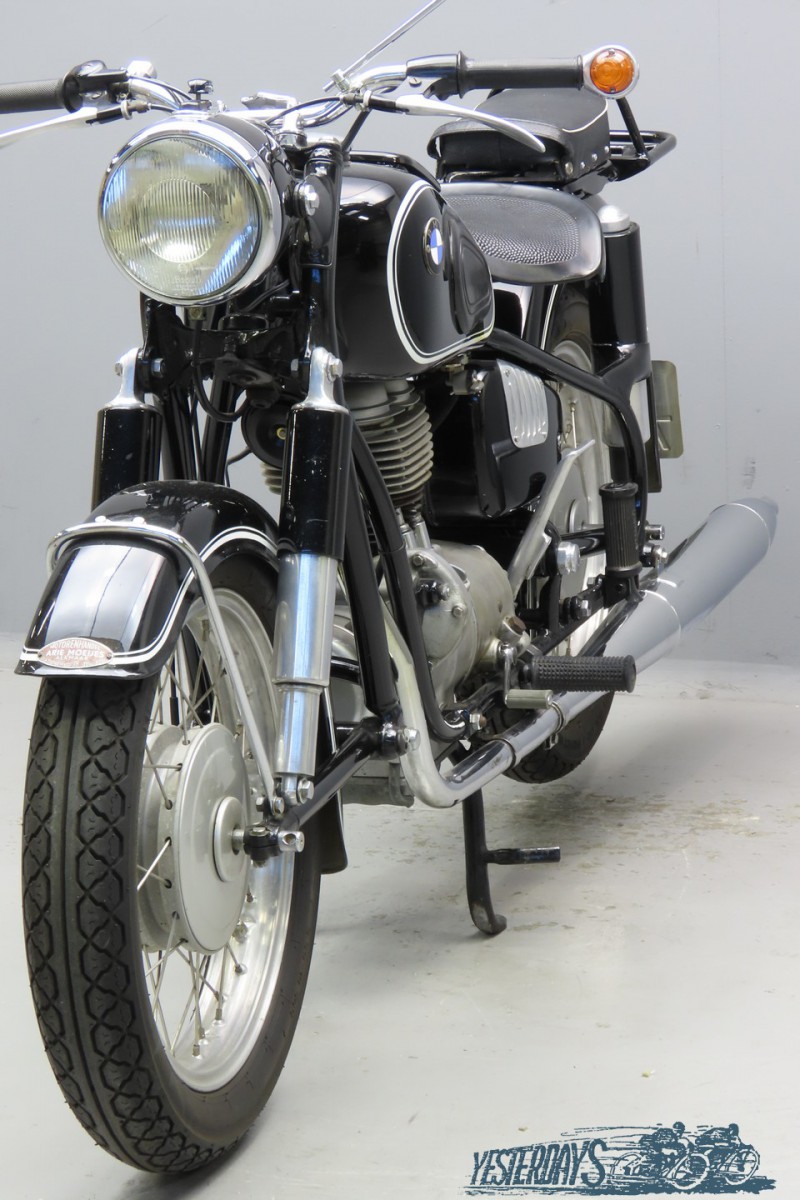 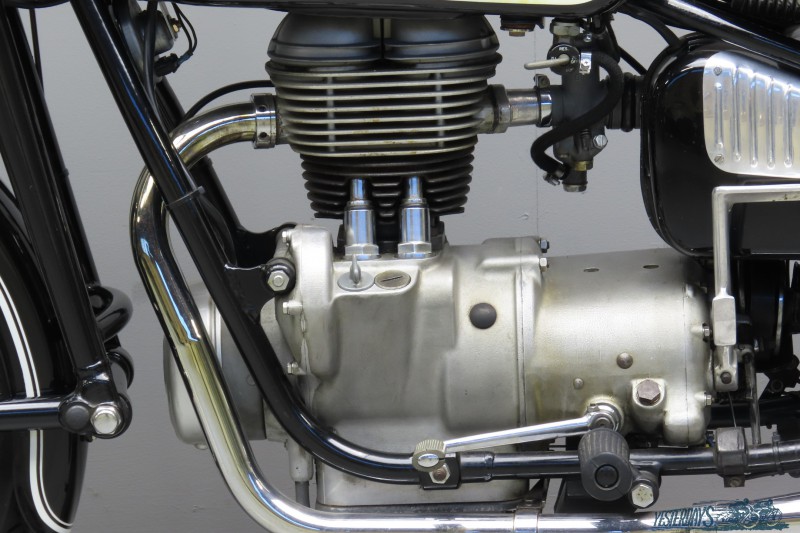 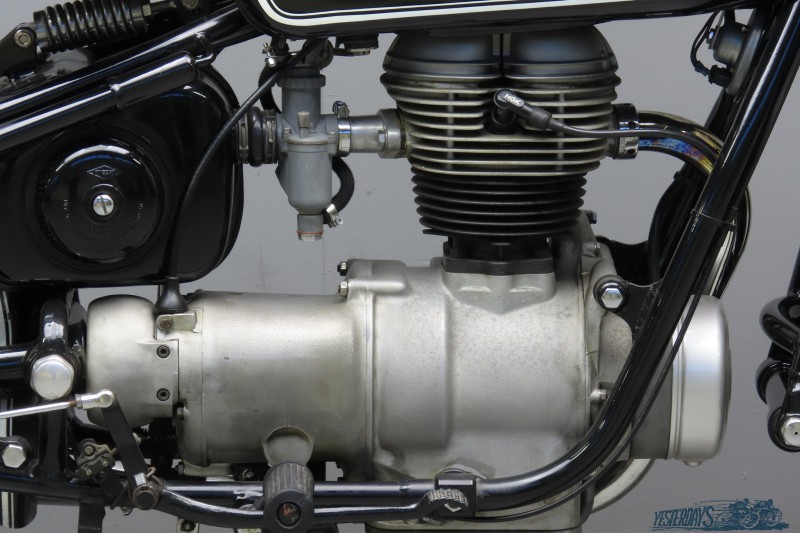 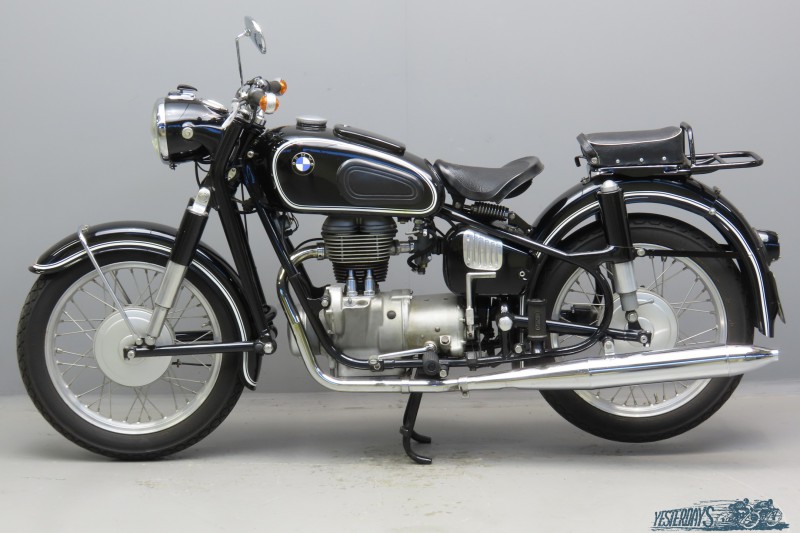 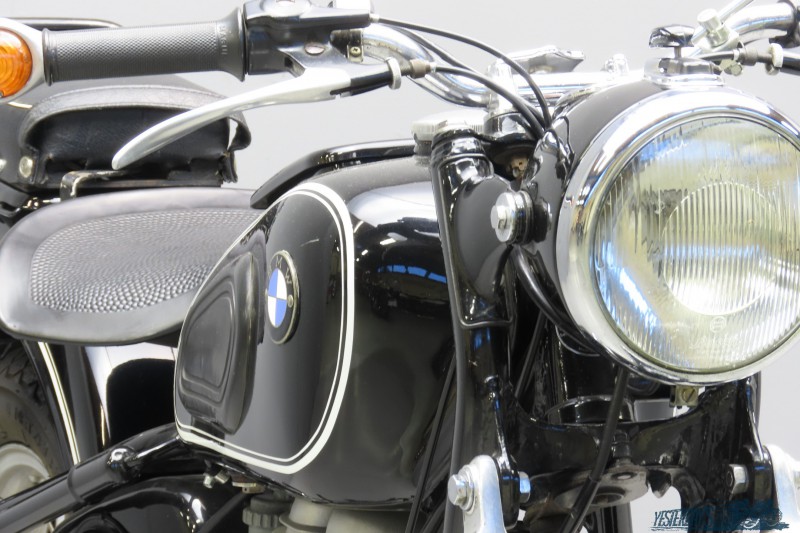 Built to the same exemplary standards as the Bavarian company’s famous flat-twins, the single-cylinder BMW first appeared in pre-war days.
Indeed, BMW’s first new post-war model was a single-cylinder design – the 250cc R24 – which arrived in 1948. By 1956,
BMW’s quarter-litre luxury lightweight had evolved into the R26 that boasted a more powerful (15bhp @6,400rpm) engine, Earles-type leading-link front fork and a larger fuel tank among numerous improvements.
Considerably more expensive than other 250s, the R26 was a relative rarity outside Germany, appealing to mature, discerning riders for whom quality of construction counted more than mere outright performance.
The engine had  square bore x stroke dimensions of  68mm and delivered 15HP. The R26 had a top speed of more than 125 km and was produced  without major  changes between 1955 and 1960, when it was succeeded by the R27.
The R26/27 series of shaft-drive single-cylinder touring machines were built to the same exacting standards as the twins.
Sharing many components with the twins made for long-term ease of use and  an excellent spares availability.
The R26 weighs 158kg, has a petrol tank capacity of 15 litres and consumes about 3.3 litres petrol per 100km.
This pleasant and well-restored high quality touring motorcycle  was originally sold By Dutch dealer Moeijes in Alkmaar near Amsterdam.
She  comes  with comfortable Denfeld saddle, pillion seat and luggage rack and is in tip-top condition.