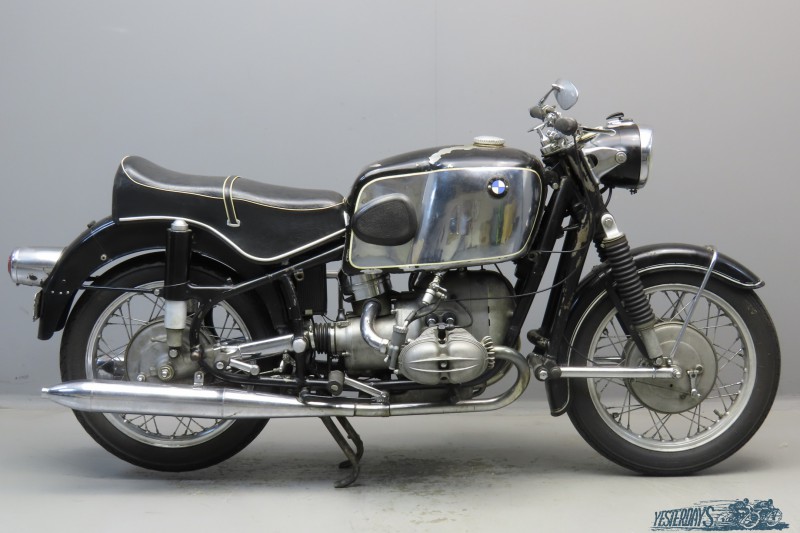 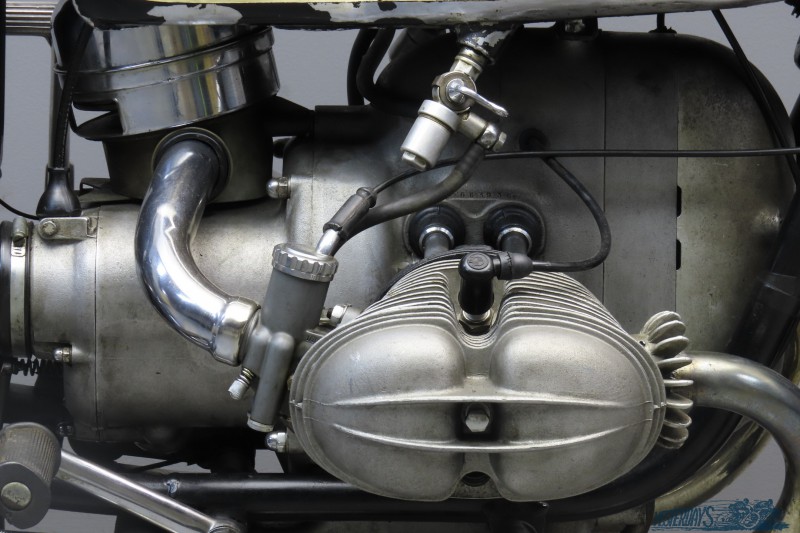 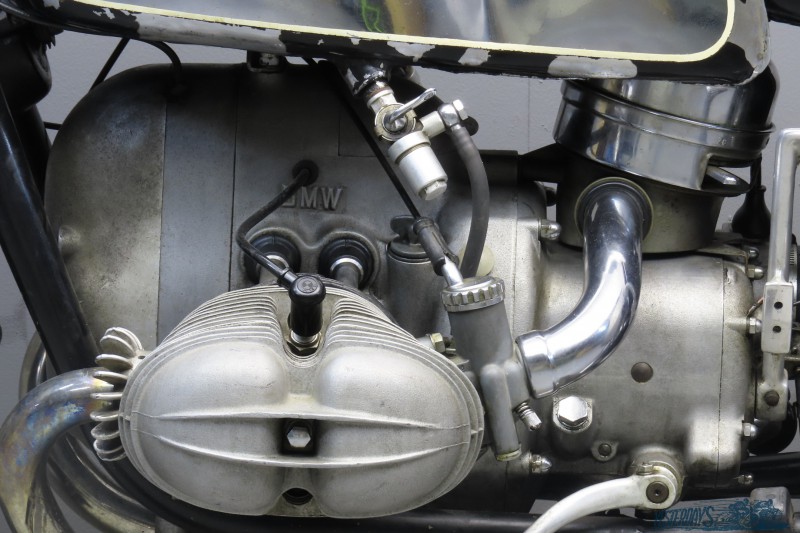 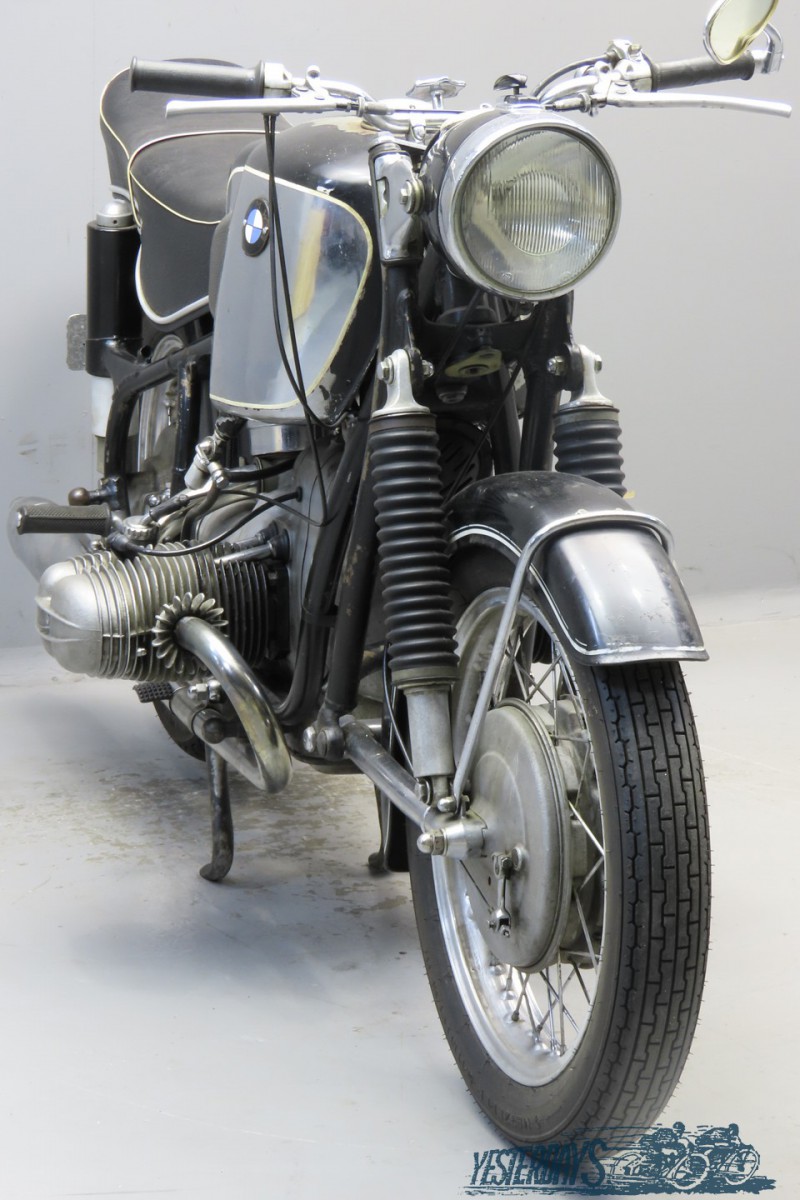 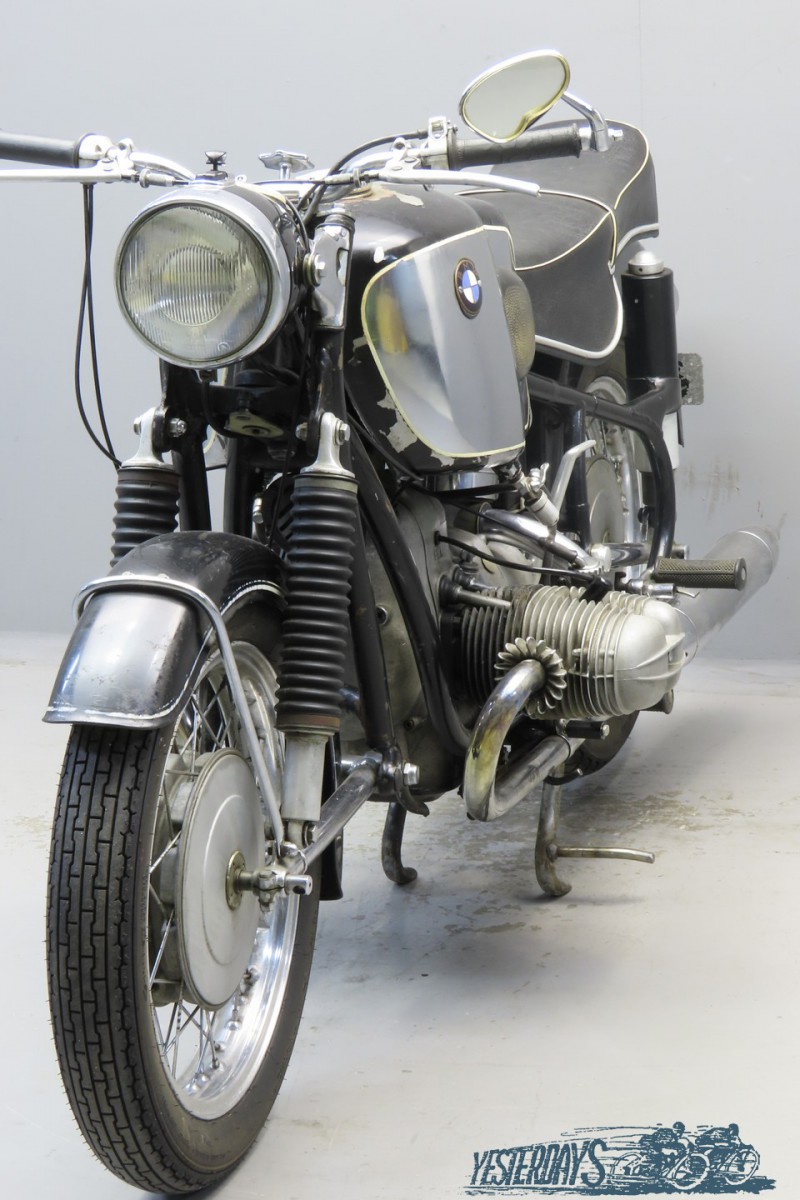 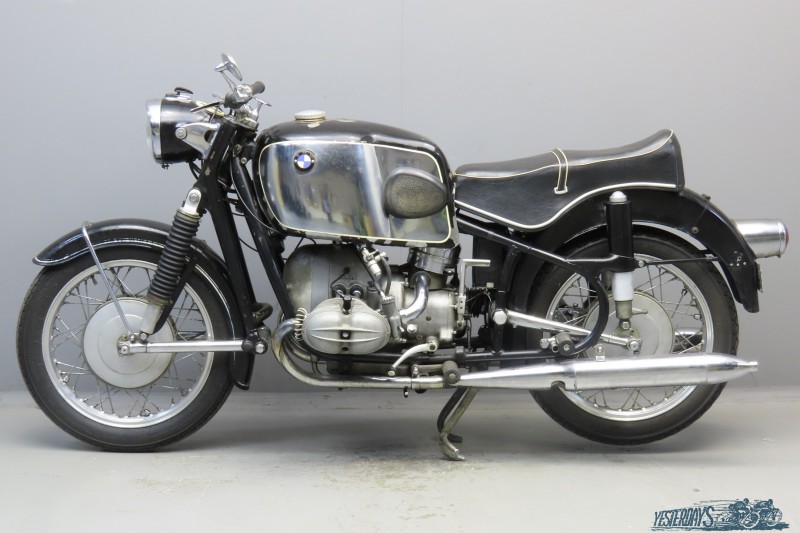 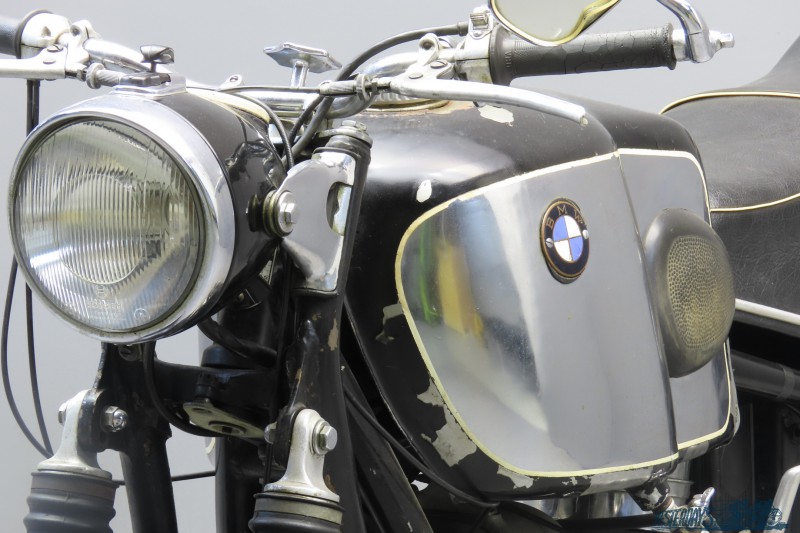 The firm launched its first horizontally opposed twin in 1923 and has stood by this style of engine layout ever since. The opposed design offers riders buttery smooth performance, as the engine has inherently good balance. From the 1920s on the concept was developed almost year by year and in 1955 BMW introduced their R50, R60, and R69 models. These new models had a similar engine and the same shaft-drive as earlier models, but were fitted with modern swinging arm rear suspension for the first time. The telescopic forks at the front of earlier models were abandoned though, in favour of the swinging or “Earles Fork” system. The cycle parts were finished in BMW’s signature black scheme set off by white pin striping. Both the R60 and the R69 had 590cc engines but the R69 had a higher compression ratio and was tuned to be fast. The R60 delivered 28hp @5600rpm but the R69 came to 35hp@6800rpm, good for a top speed of 165km/h. The R69 was expensive and between 1955 and 1960 only 2819 machines were built. In 1960 the R69S succeeded the R69.
A document on file shows that this R69 was sent from the works in Munich to a BMW agent in the Gutenbergstrasse in the British Sector of Berlin on March 18, 1959. The machine is fitted with an impressive long-distance aftermarket Hoske petrol tank that holds approx. 40 litres and keeps you on the road for endless hours. The giant tank necessitated the fitting of a shorter buddy seat than standard models have.
This impressive R69 sports tourer is a good runner and has its original paintwork that has suffered somewhat at places. Touching up or a respray is a possibility, but quite a few enthusiast will certainly appreciate the machine’s patina and weathered look.