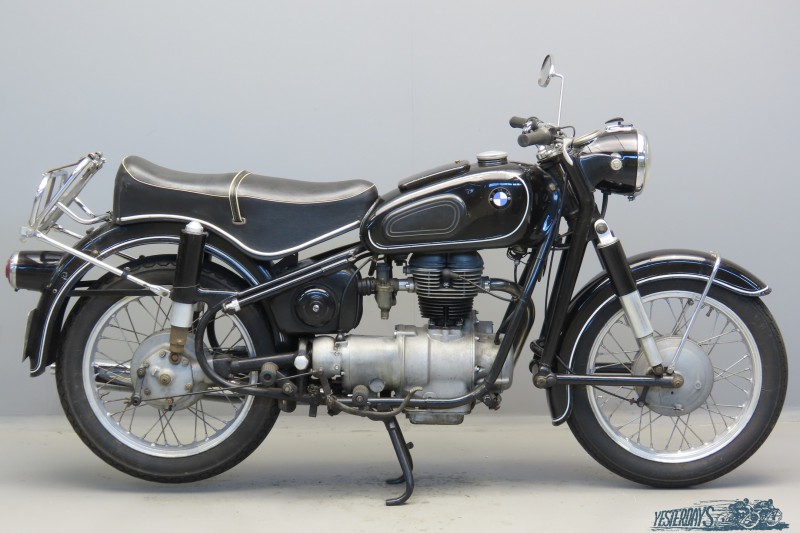 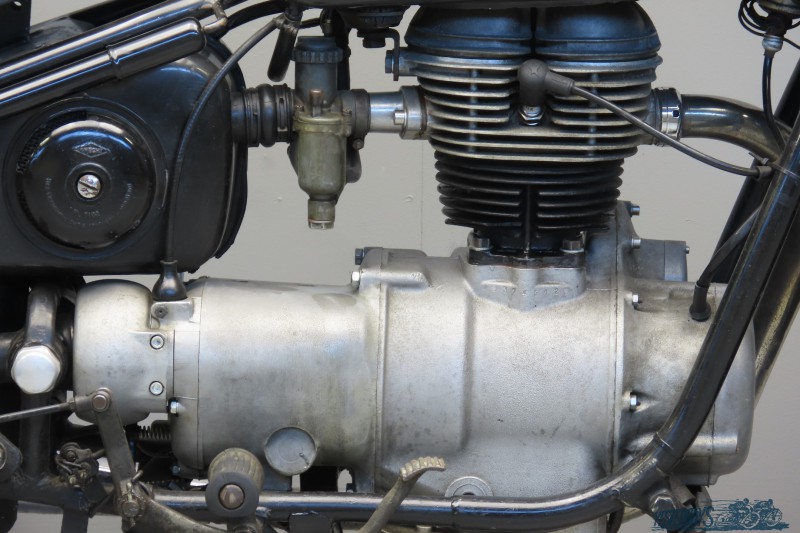 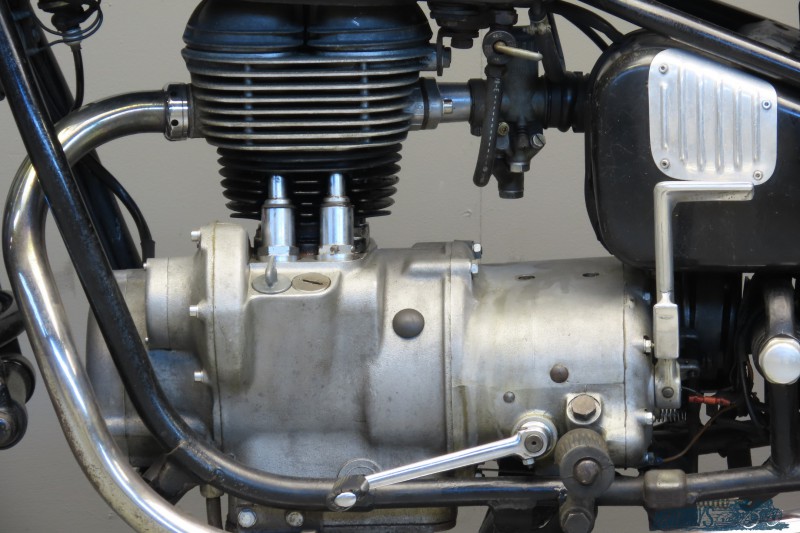 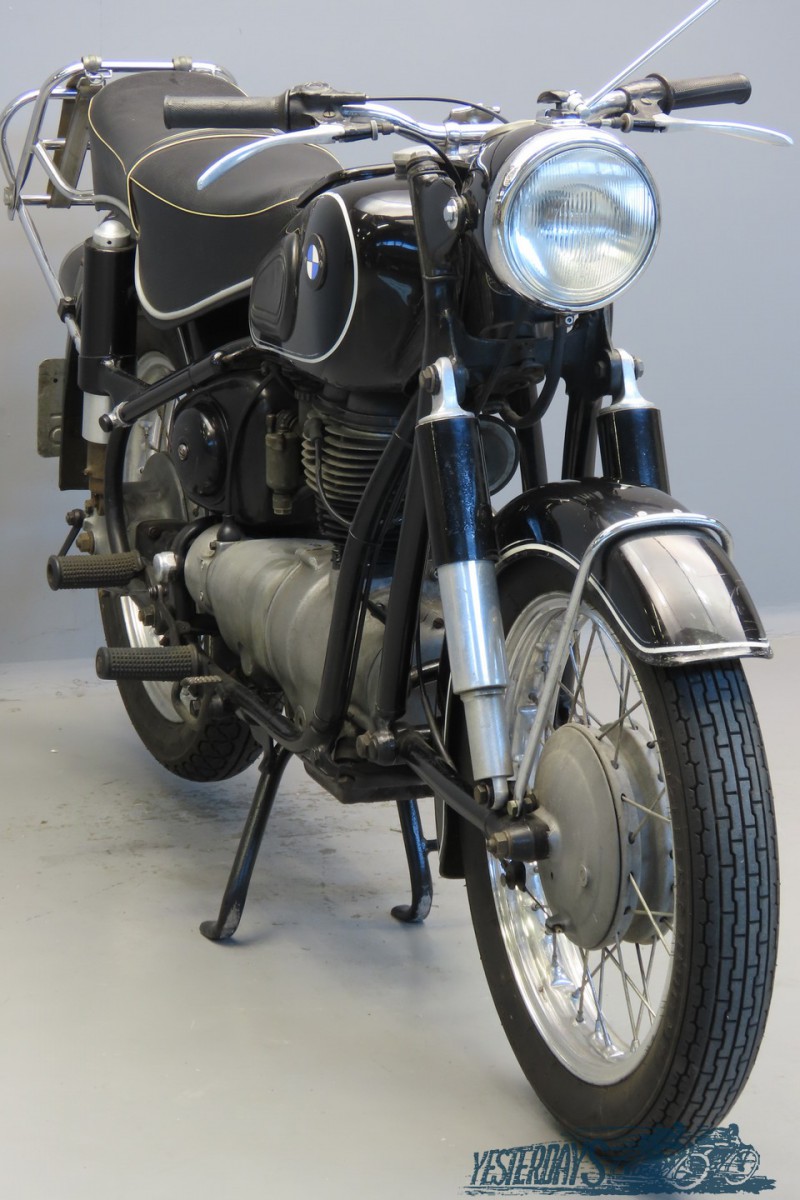 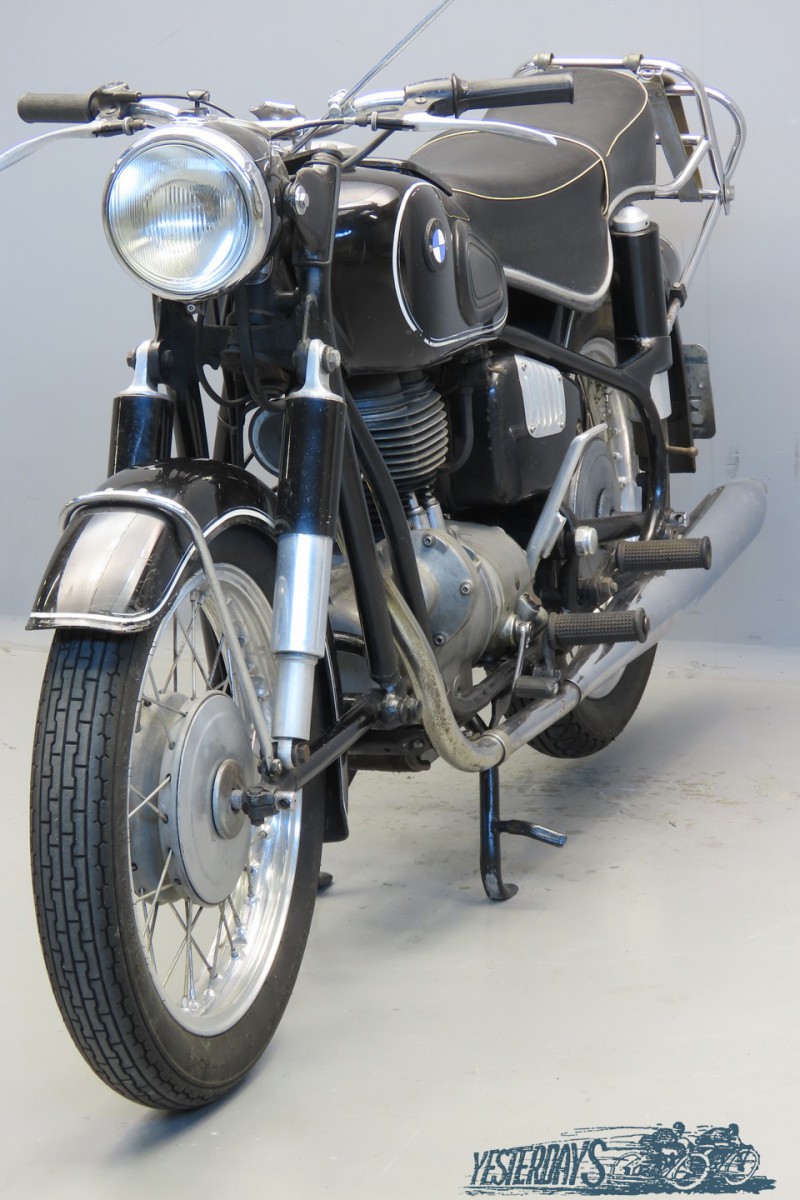 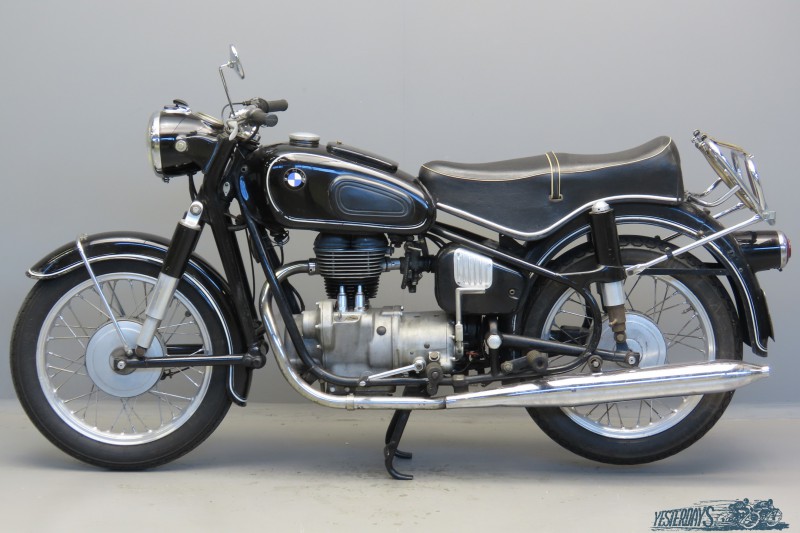 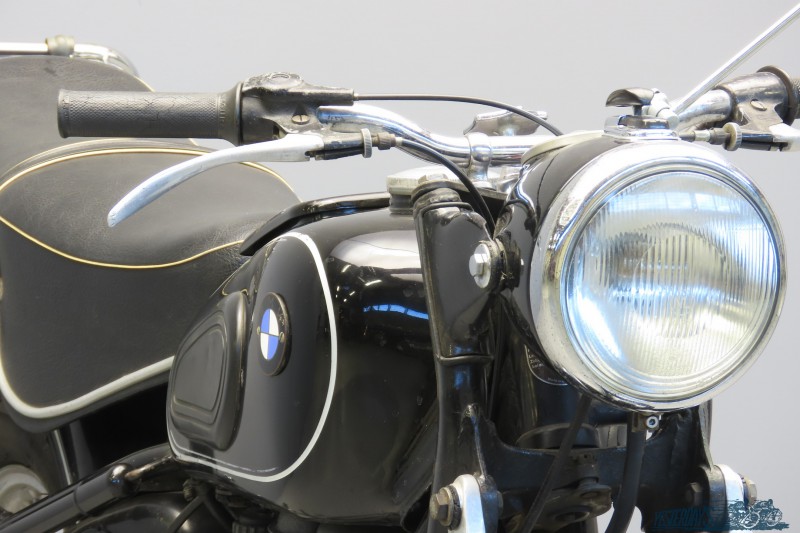 The 247 cc BMW R27, introduced in 1960, is the last shaft-driven, single-cylinder motorcycle manufactured by BMW.
Based largely on the R26, the R27 added rubber mounts for the engine and boosted power to 18 hp (13 kW) @7,400prm, good for a top speed of 130 km.
The R27’s 245cc OHV vertical single is the only rubber-mounted thumper engine BMW ever produced.
The company manufactured 15,364 R27 models (engine numbers 372 001 – 387 566) during the production years of 1960 to 1966.
BMW did things differently from other manufacturers.
This is evident in the R27: Its enclosed shaft final drive is rare for a single cylinder motorcycle.
But it also has a triangulated Earles front fork (named after English designer Ernest Earles); so the motorcycle has front & rear swingarms.
When you squeeze the front brake lever hard the front end does not dive, but it actually slightly rises.
Thus, braking is a very steady activity.
The engine’s crankshaft is laid out fore-to-aft, not side-to-side; this way, the crankshaft and the drive shaft are in line, and drive forces don’t have to be run through a set of 90-degree gears.
The kick starter swings out sideways instead of parallel to the frame, so kick starting an R27 is a rather easy and danger-free affair.
This R27 is fitted with extras such as a comfortable “Schorsch Meier” buddy seat and “Denfeld” luggage rack still with the original rubber bands in good condition.
This quality machine has been carefully kept, she’s in good original and unrestored condition with obviously some traces of use.