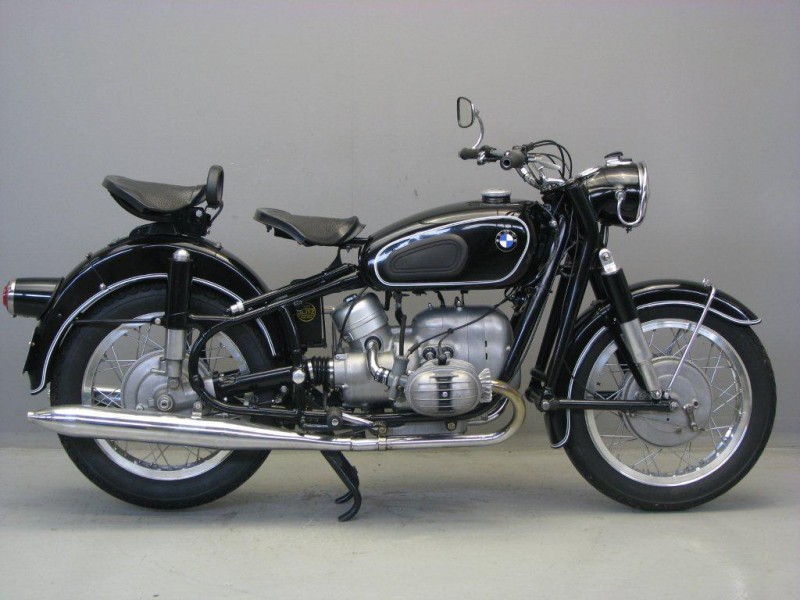 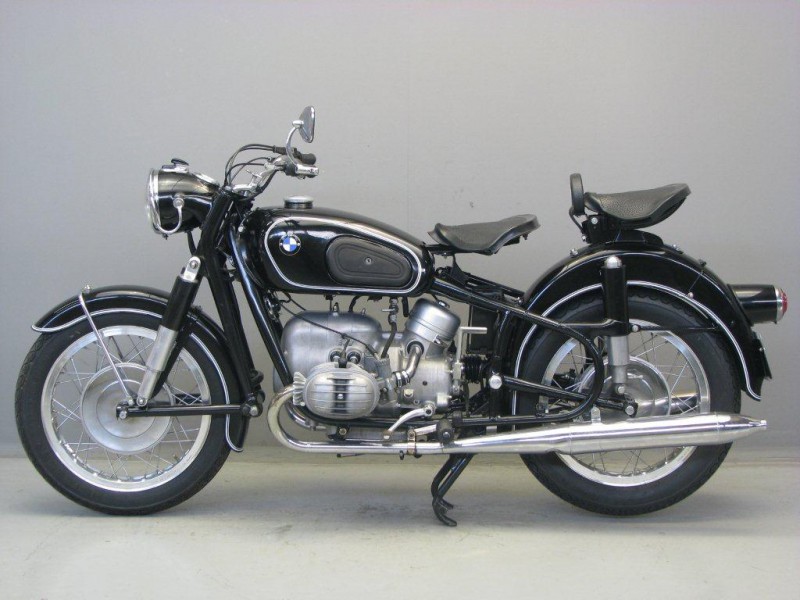 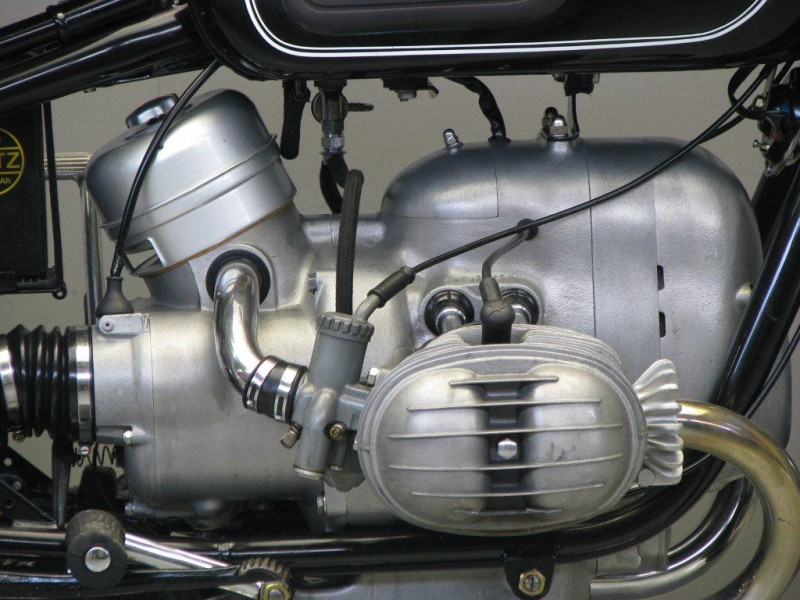 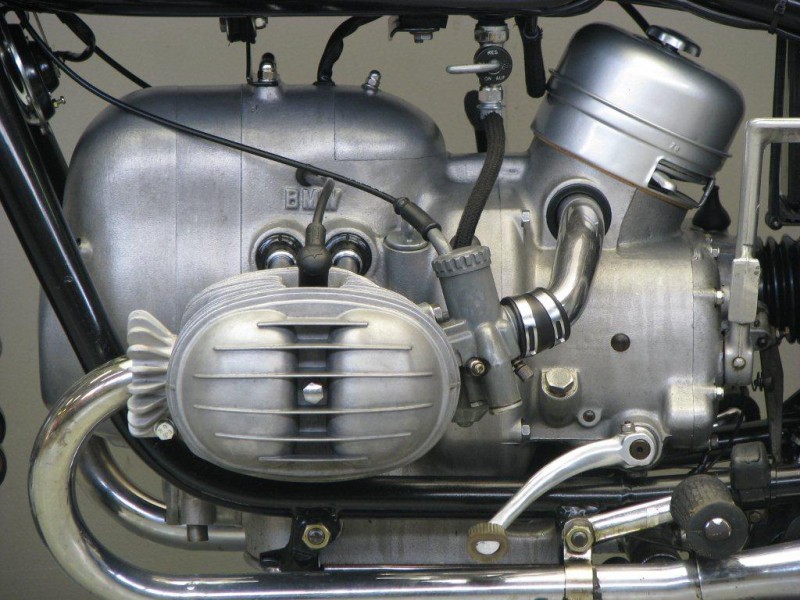 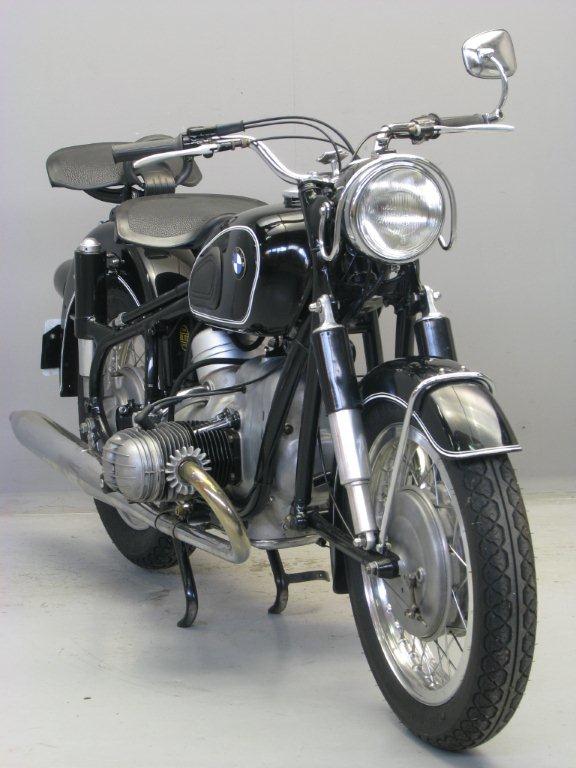 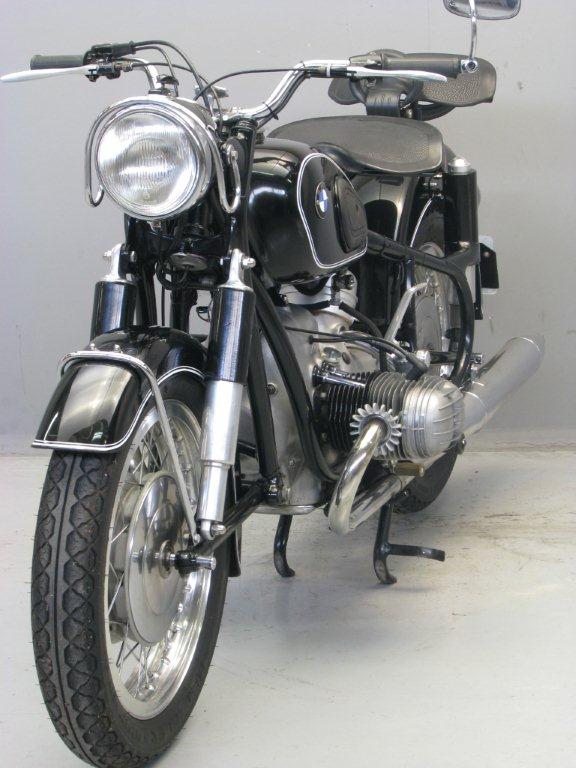 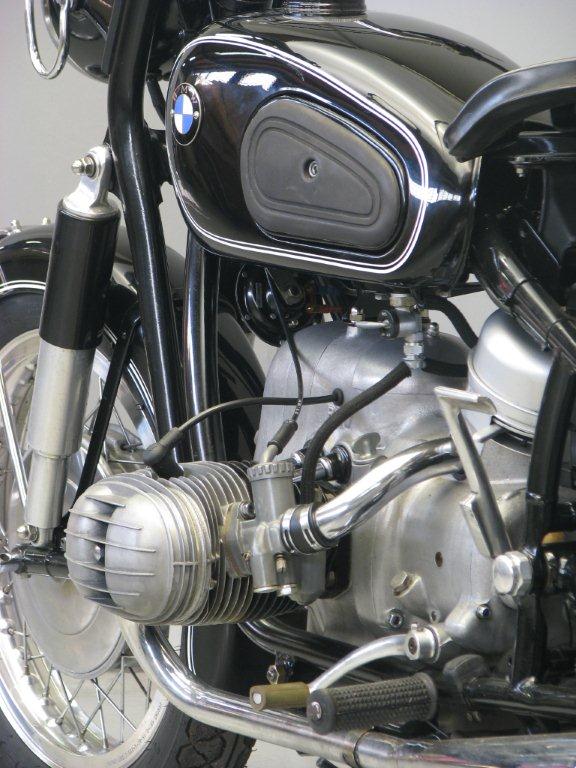 BMWs line of horizontally opposed shaft drive flat twins were the cycles of choice for many motorcycle tourers.
The design provided an inherently smooth-running cycle and the German engineering made it reliable.
This R60 model lasted from 1955 to 1969.

At the end of 1954, BMW dropped its existing trio of flat twins – the R51/3, R67/2 and R68 – replacing them with the BMW R50 and BMW R69. The engines were little altered, significant changes being concentrated on the frame and cycle parts, which now featured an Earles-type leading link front fork and swinging-arm rear suspension.
The R67/2, a lower-compression model much favoured by sidecarists, was not replaced until the arrival for 1956 of the R60, which used a low-compression version of the R69 engine.
The sidecar market remained an important one for BMW, and the new front fork’s bottom link incorporated alternative mounting points giving suitable trail should a ‘chair’ be attached.
In 1960 the flat-twins range was revised as the ‘/2’, most of the changes being inside the engine which received a strengthened crankcase and crankshaft, hard-chromed piston rings, improved internal ventilation, new cam followers and a stronger clutch assembly.
The R60/2’s compression ratio went up from 6.5:1 to 7.5:1, boosting peak power to 30PS (29.6hp SAE).
Towards the end of production, the telescopic front fork developed for the forthcoming ‘/5’ range became available as an option on machines sold in the North American market, models so-equipped being designated ‘US’.

Numerous accessories were available for the BMW line from a wide variety of suppliers, both through the factory and after market,as befitting a touring motorcycle that riders wanted to modify to their particular tastes.
The suspension made you feel like you had never left home with the triangulated Earles front forks giving a stable ride and featuring adjustable trail settings so that a Steib sidecar could be used.
A variety of seats were available, from the old-fashioned dual-saddle Pagusa seats fitted on this cycle to wide two-person bench seats for long-distance travels.
Other accessories available were large-capacity gas tanks, fairings, mirrors, tachometers, spot lamps, and turn signals mounted on the handlebar ends.

This BMW R60 is a very well maintained and extremely smooth running no nonsense motorcycle, ready for the open road.