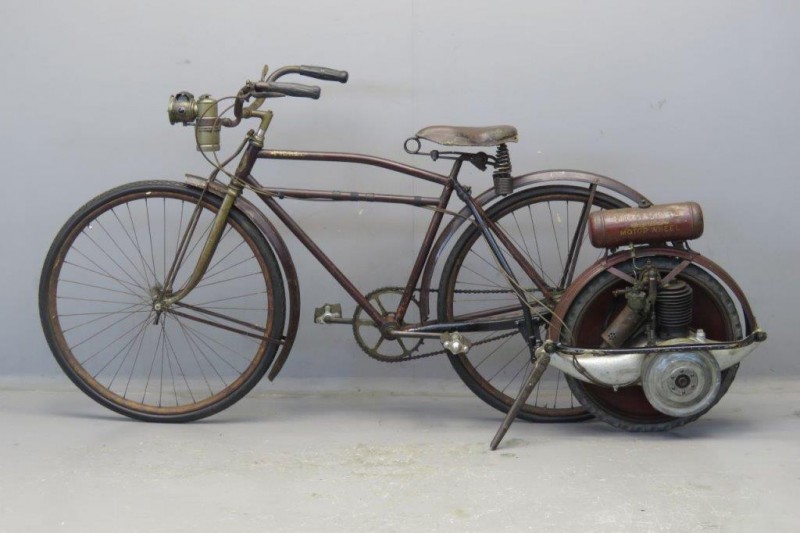 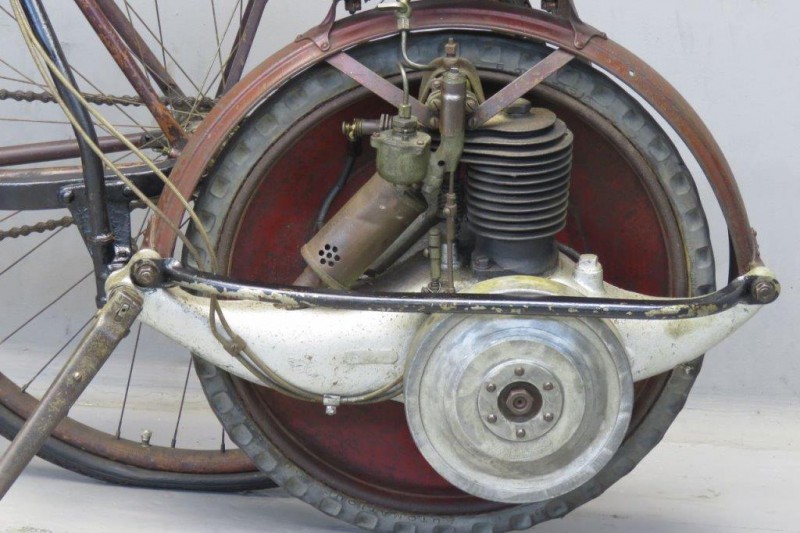 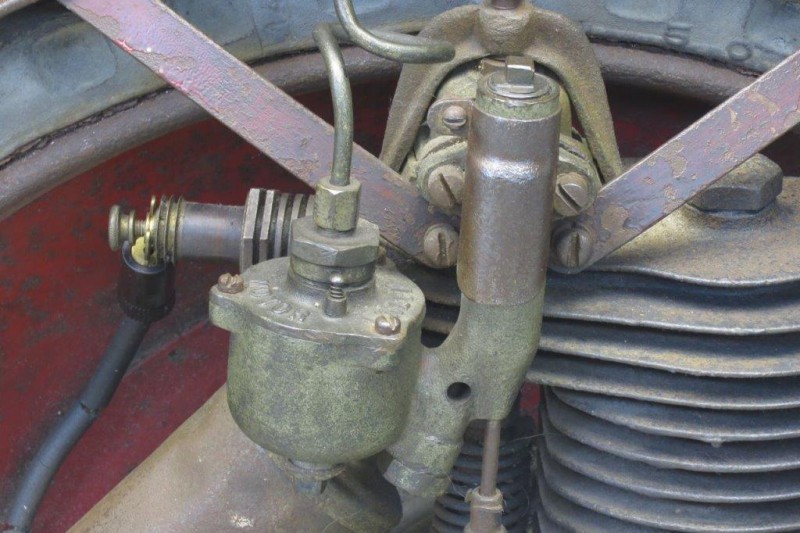 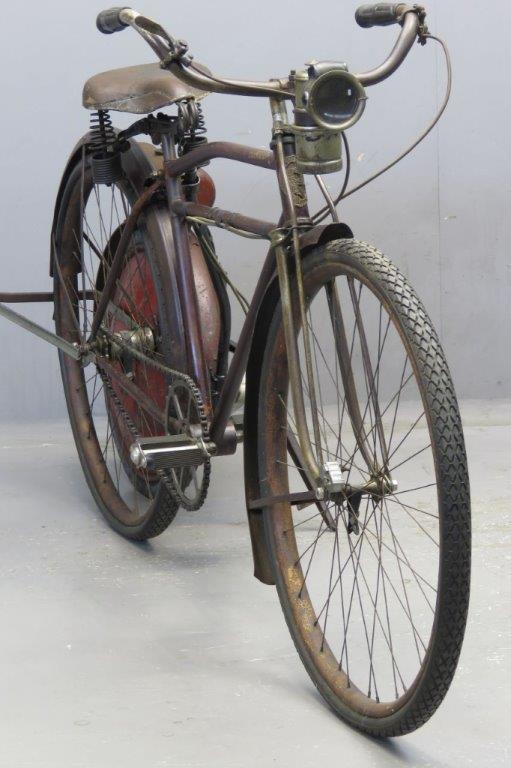 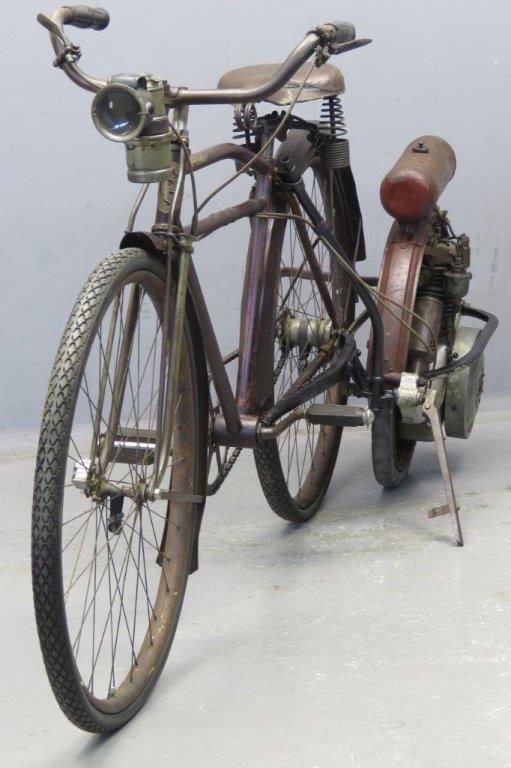 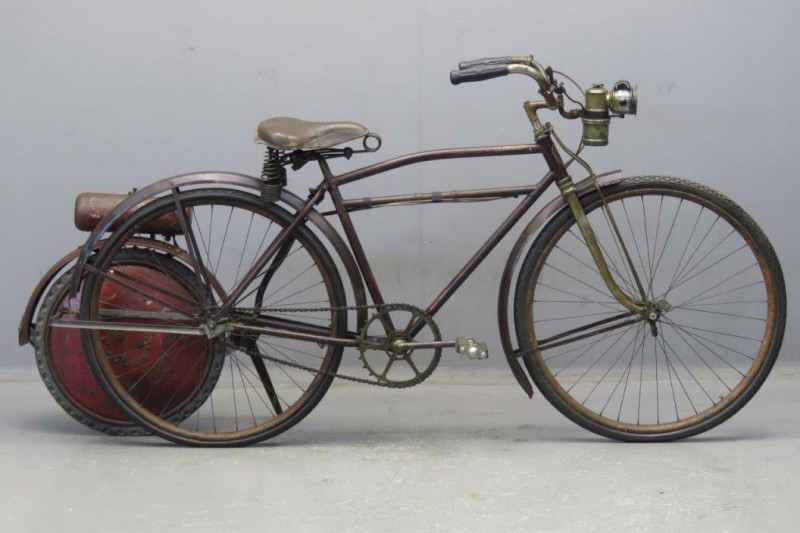 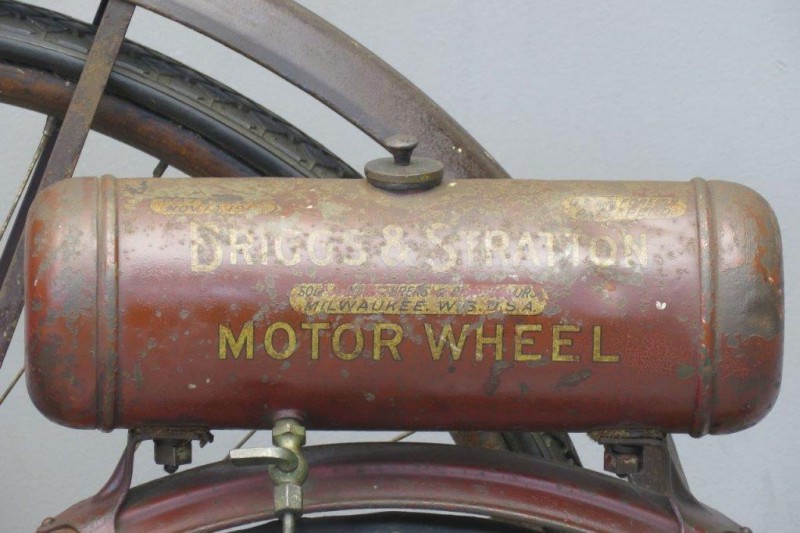 Mr. A. W. Wall produced various types of motorized vehicles  in the ROC Motor Works   in Birmingham.
The company was financed by the famous writer Sir Arthur Conan Doyle.
Initially Precision-engined motorcycles were built with very long frames that could be equipped with two speed gears of ROC manufacture.
Around 1910 a three wheeled vehicle was marketed, the Wall Tricar.
About that time Wall ventured in the field of auxiliary engines by bringing out the Autowheel, a drive unit that could be coupled to a bicycle.
The Autowheel became popular and thousands were sold in the years before World War 1.
The Autowheel made its appearance on the American scene when the U.S. manufacturing rights were acquired by the A.O. Smith Company of Milwaukee.
Production started in October 1914 on a separate plant in Park Street, Milwaukee.
The Smith wheel was quite advanced in comparison with the Wall machine.
The chain drive and wire spoke wheel were eliminated.
By using a four-lobe camshaft to lift the exhaust valve, the gearing was 8 to 1, thereby attaching a 20” disc wheel directly to the camshaft.
The 1914 and 1915 type Motor Wheels were known as “Model A”.
The “Model B” was introduced in 1916 and was more dependable because of an improved lubrication system. Its power was slightly less than that of the Model “A” because of the use of bronze bearings instead of roller bearings.
This was not a technical innovation but a practical measure because of wartime shortage of rollers.
In the “BA” Model of late 1916 and 1917 the roller bearings came back and a drain plug was added under the glass oil sight gauge.
The 1918 “Model C” was destined to be the last model: in May, 1919 the manufacturing rights of the Wheel were purchased by the Briggs & Stratton Corporation of Milwaukee.
They made several improvements in the engine,  which now got bore x stroke dimensions of 2.5 inch x 2.5 inch to get a cubic capacity of 201 cc.
The engine also  got a new  all steel connecting rod and flywheel magneto.
The Briggs & Stratton Motor Wheel  stayed in production until  May 1923, when manufacturing rights were acquired by Automotive Electric Service Corporation.
Using fundamental concepts from the Motor Wheel, Briggs & Stratton began manufacture of stationary engines for use on cultivators and other small farm equipment.
This combination is in charming, as-found  original condition.