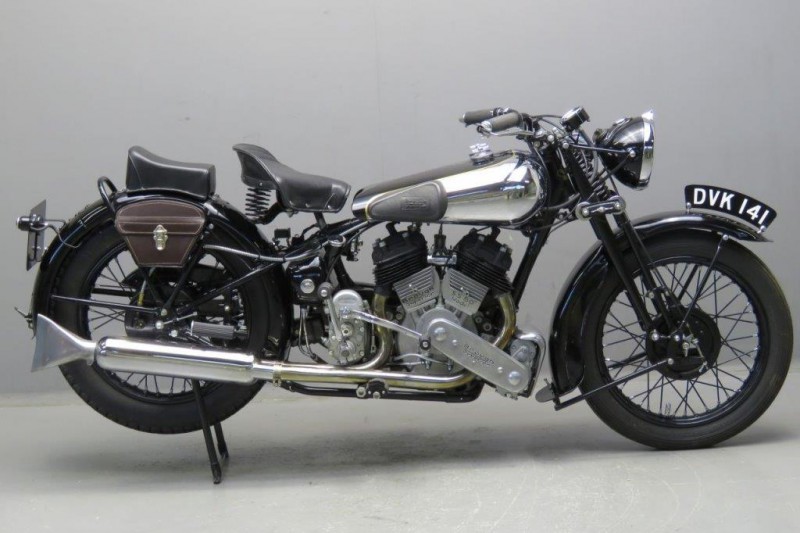 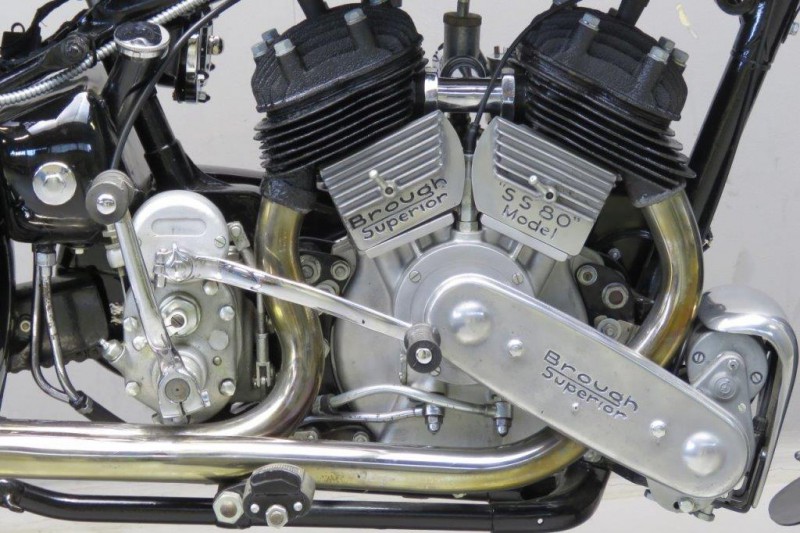 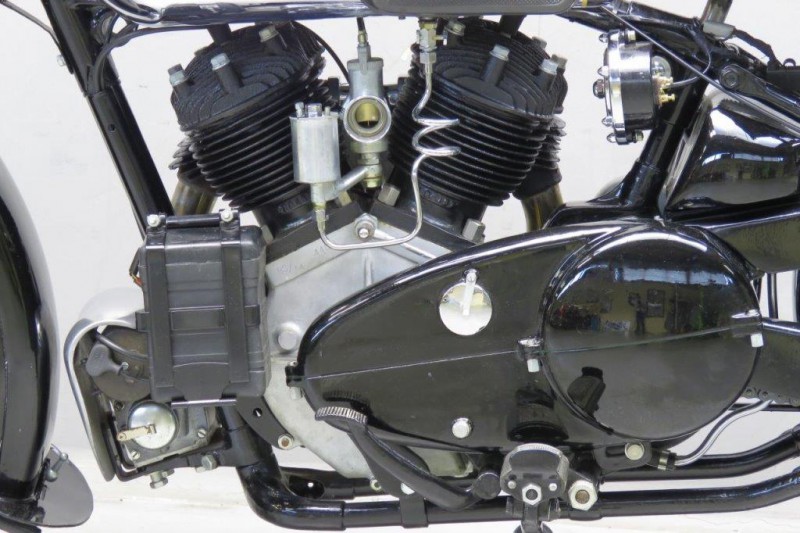 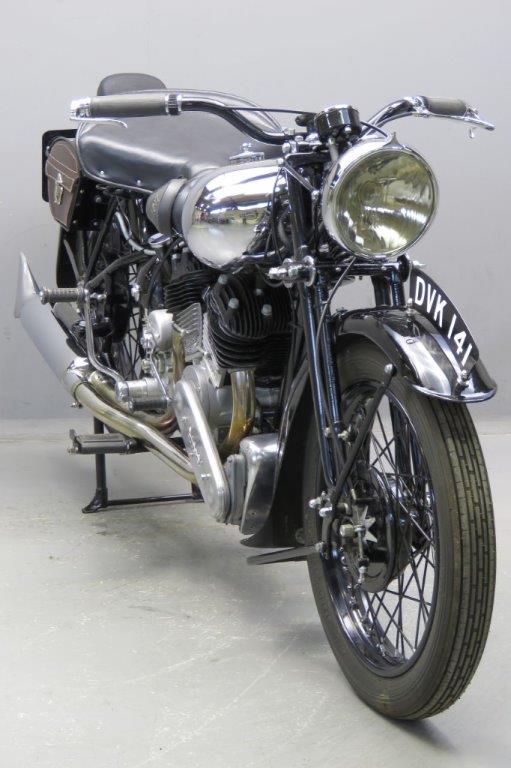 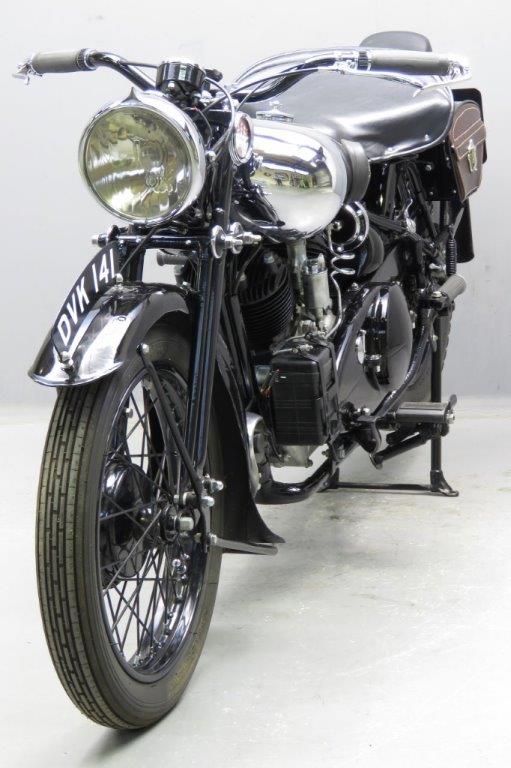 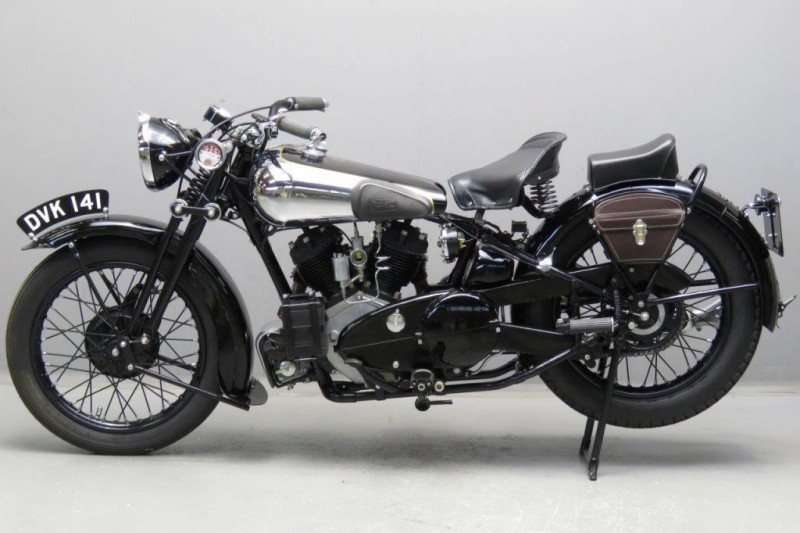 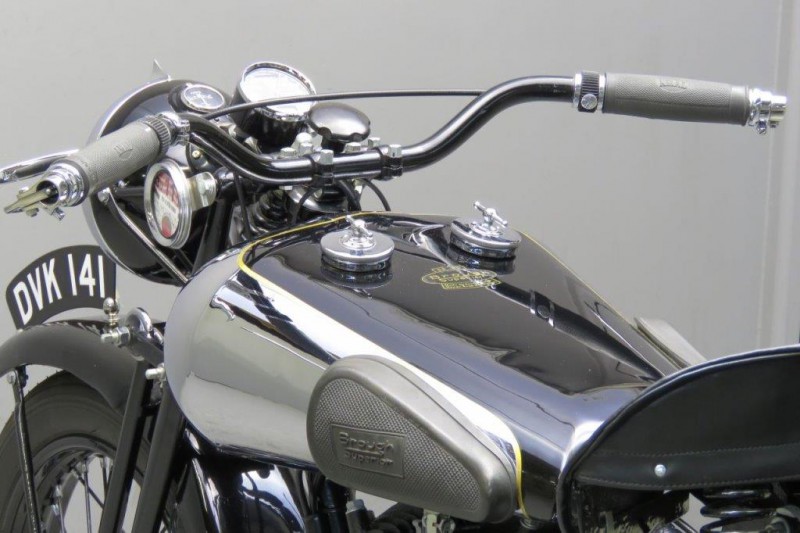 A special feature of Brough Superior catalogues is that “designer-manufacturer – rider” George Brough addresses the reader in a very personal way.
In the introduction to the 1936 range he writes: “Regarding my 1936 programme, I am re-introducing the S.S.80, the first favourite among B.S. Riders.
This “S.S. 80 Special” is in my opinion next to the SS 100-the very last word among luxurious “bikes”.
Twelve months have been spent in perfecting a fool-proof side valve 1,000 cc Engine that is as economical to run as the average 500 c.c. – is definitely quiet in all its working parts – has a perfect balance – yet has the acceleration of a scalded cat.“

Motor Cycling conducted the first press test of the new model and published the article in their issue of November 27, 1935.
The machine’s conduct on the road was highly praised and the author concluded the article thus: “ To sum up, the SS 80 Brough Superior is a high speed mount of great refinement which offers luxurious and effortless travel coupled with a high standard of reliability and silence.
The price asked for it, £ 90, is, in the circumstances, a moderate one.”

This well-restored machine was dispatched on Sept. 30, 1936 to Adams & Gibbons in Newcastle-on-Tyne.
Full specifications can be seen on the works record card that is available.