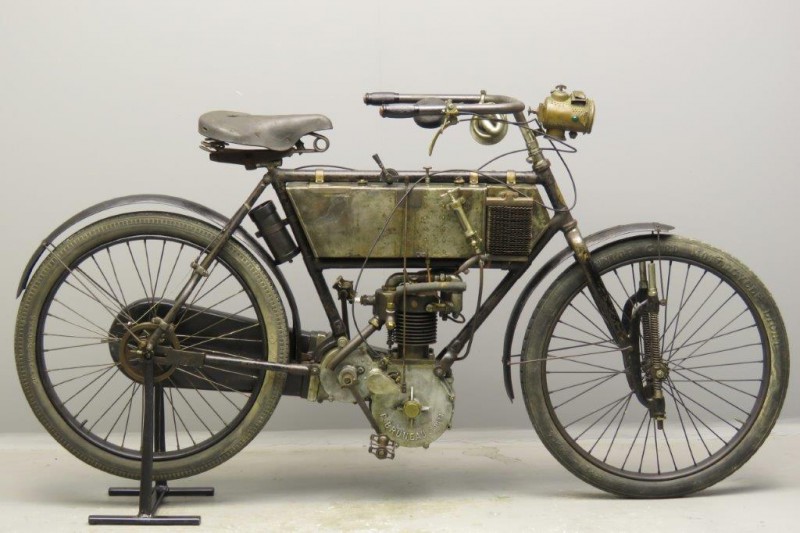 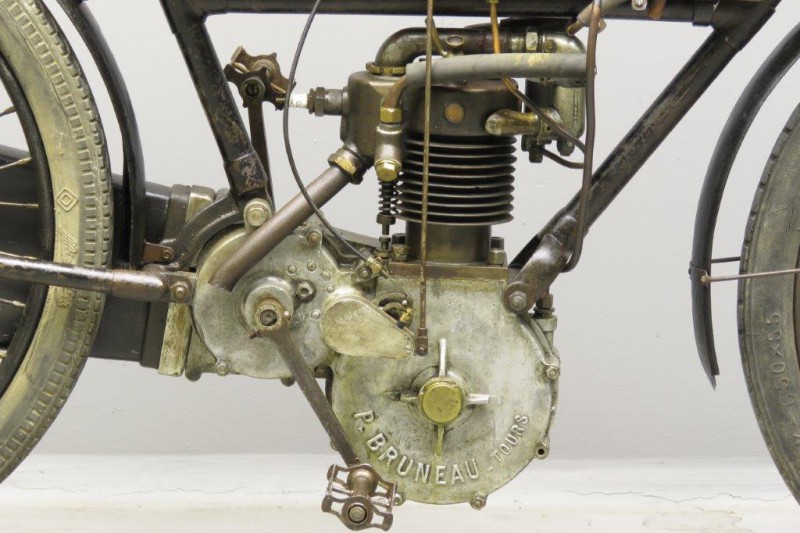 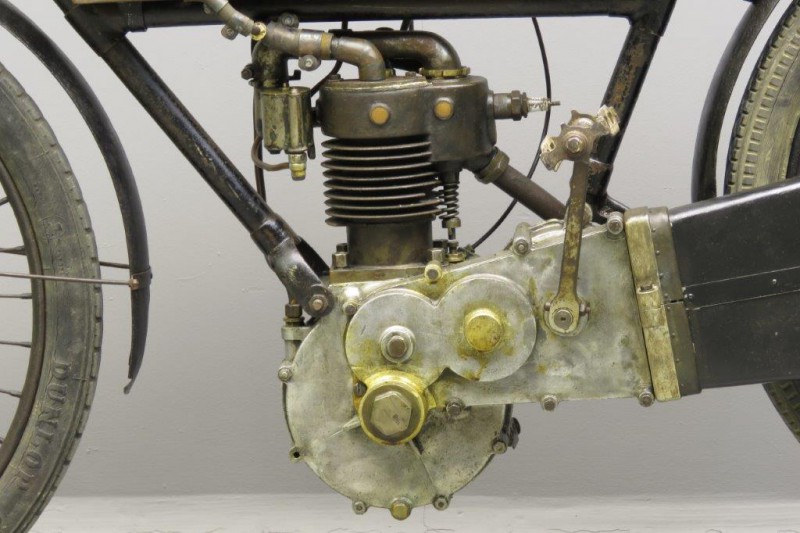 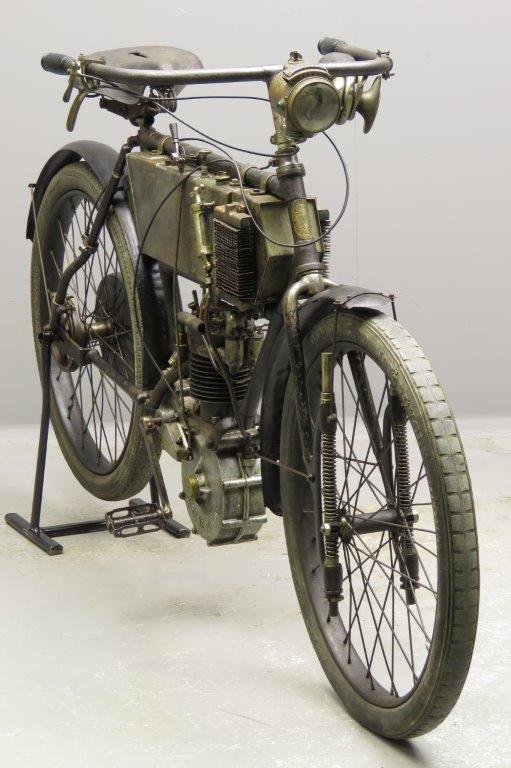 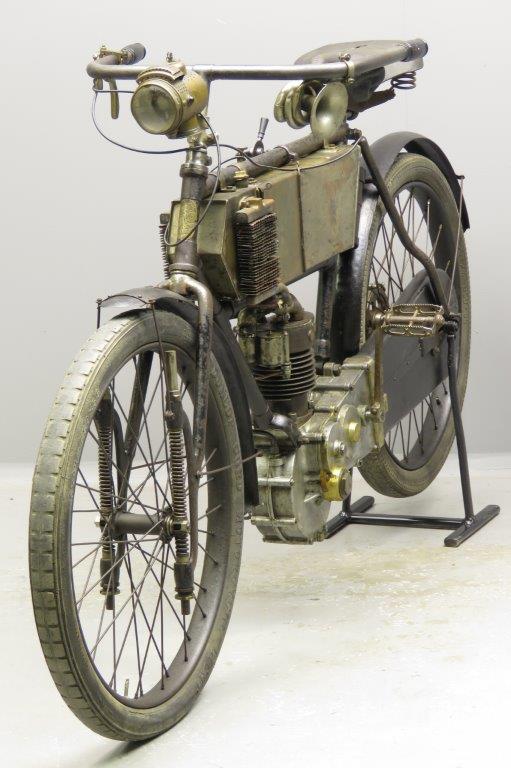 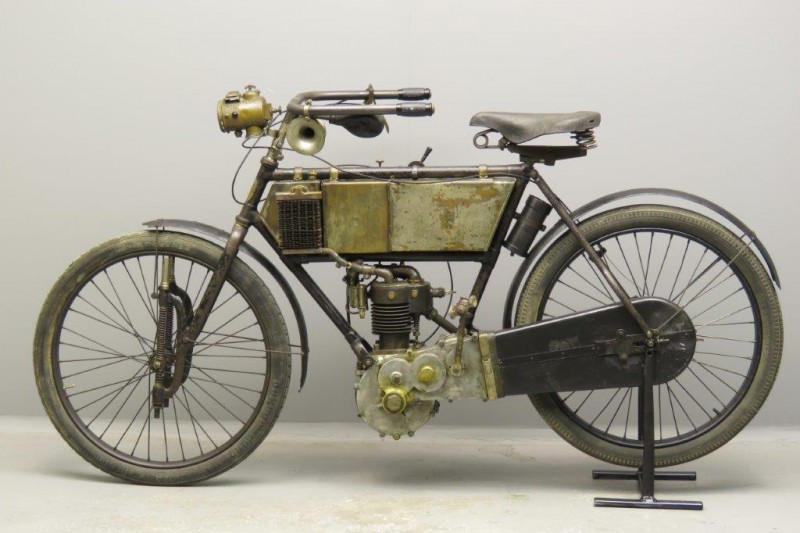 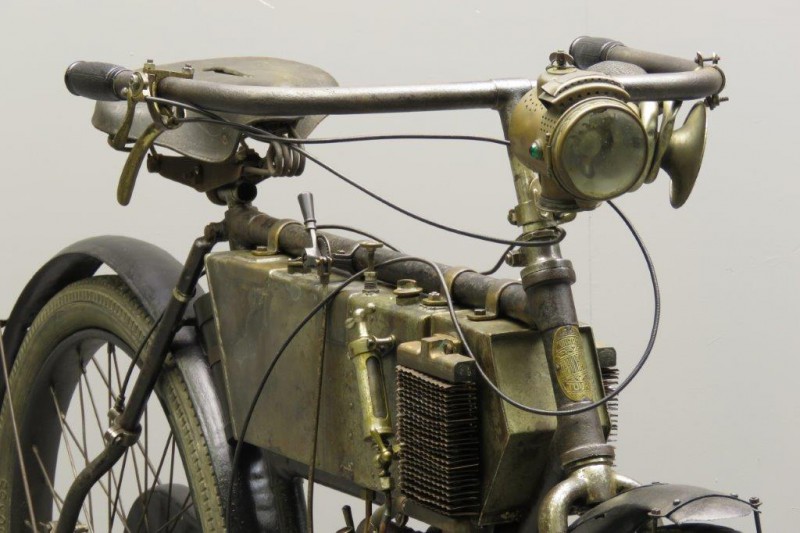 Established at 12, rue Victor Hugo in Tours from 1899, the firm Bruneau built motorcycles and tricars.
Paul Bruneau’s motorcycles had more than a few interesting features : already in 1902 Bruneau marketed a motorcycle with chain transmission and clutch, a year later water cooling with thermo syphon was introduced and in 1904 a shaft drive model was brought out.
The 1905 model was even more sophisticated, it had an enclosed rear chain with an ingenious freewheel system so that the single chain could act both as pedailling chain and as driving chain. The machine was equipped with a practical front wheel suspension.
The water cooled cylinder head that was introduced in 1903 was also fitted to this model: the idea was that it would be very useful in mountainous areas, hence the model designation ´de montagne´.
The engine had bore x stroke dimensions of 74 x 76 mm and the top speed was given as 55 km/h.
It is not quite clear when Bruneau stopped producing motorcycles : it seems he sold the production rights of his enclosed-chain models, probably to the Rochet firm of Albert.
From 1906 on various makes were turning out machines under the ´Rochet-Bruneau´ license, such as Rochet, Austral, Georges Richard , S.I.A., Roland and Regina.
The Bruneau we picture here is in authentic and unrestored condition and comes complete with Herman Riemann no. 352 acetylene front lamp.