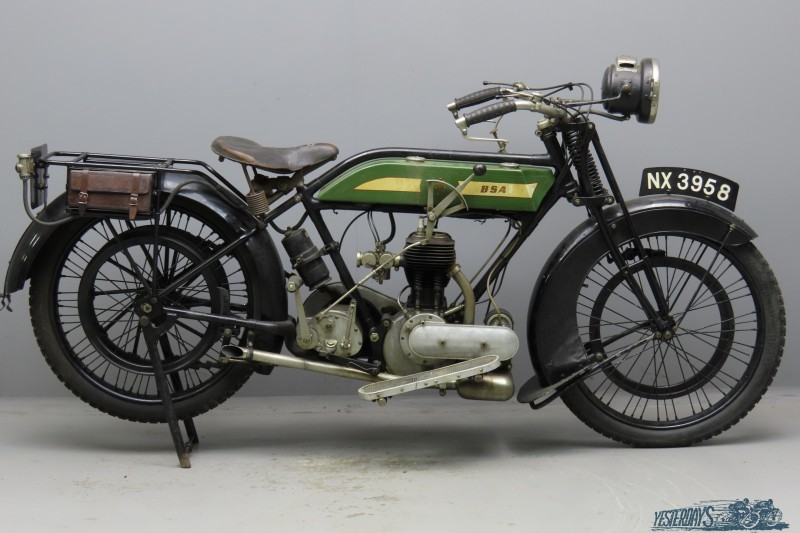 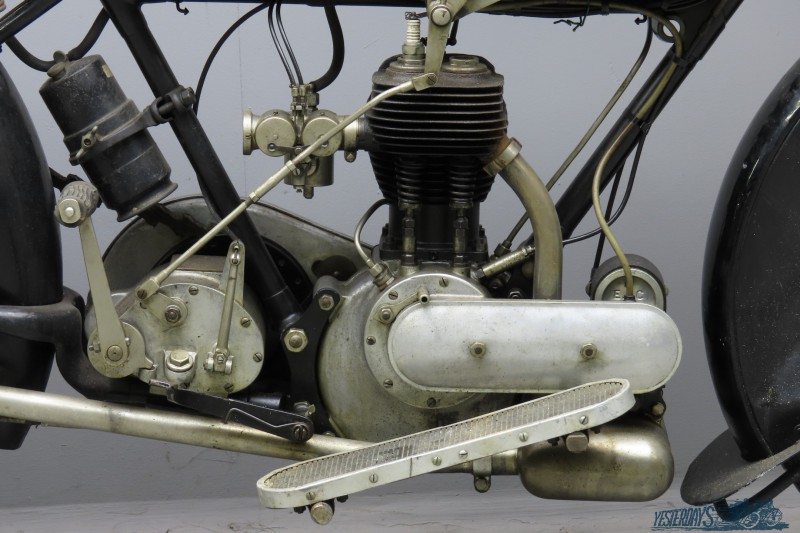 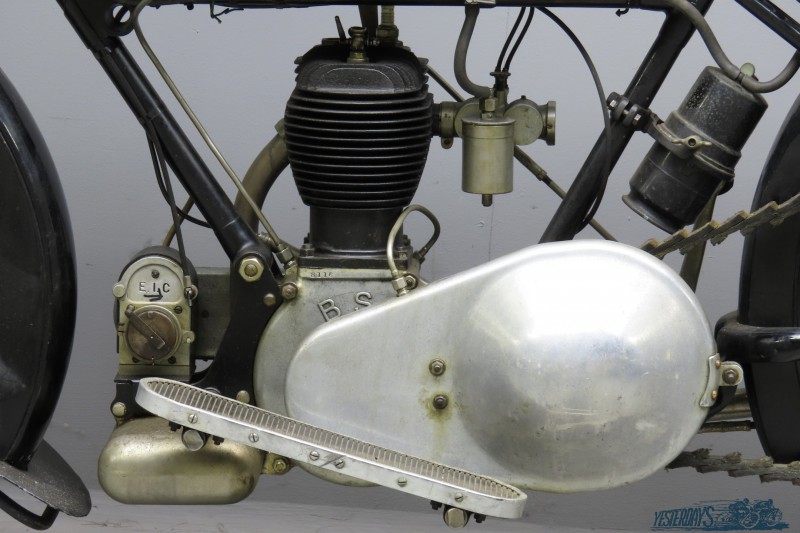 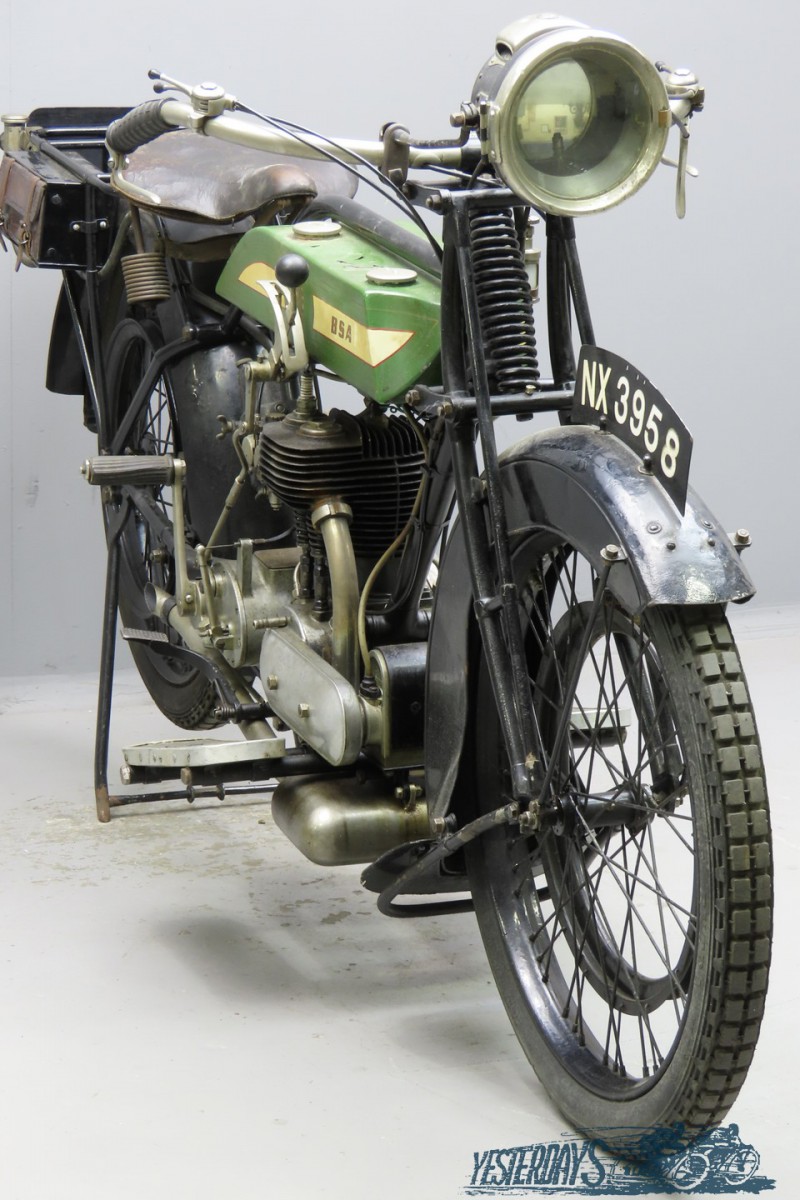 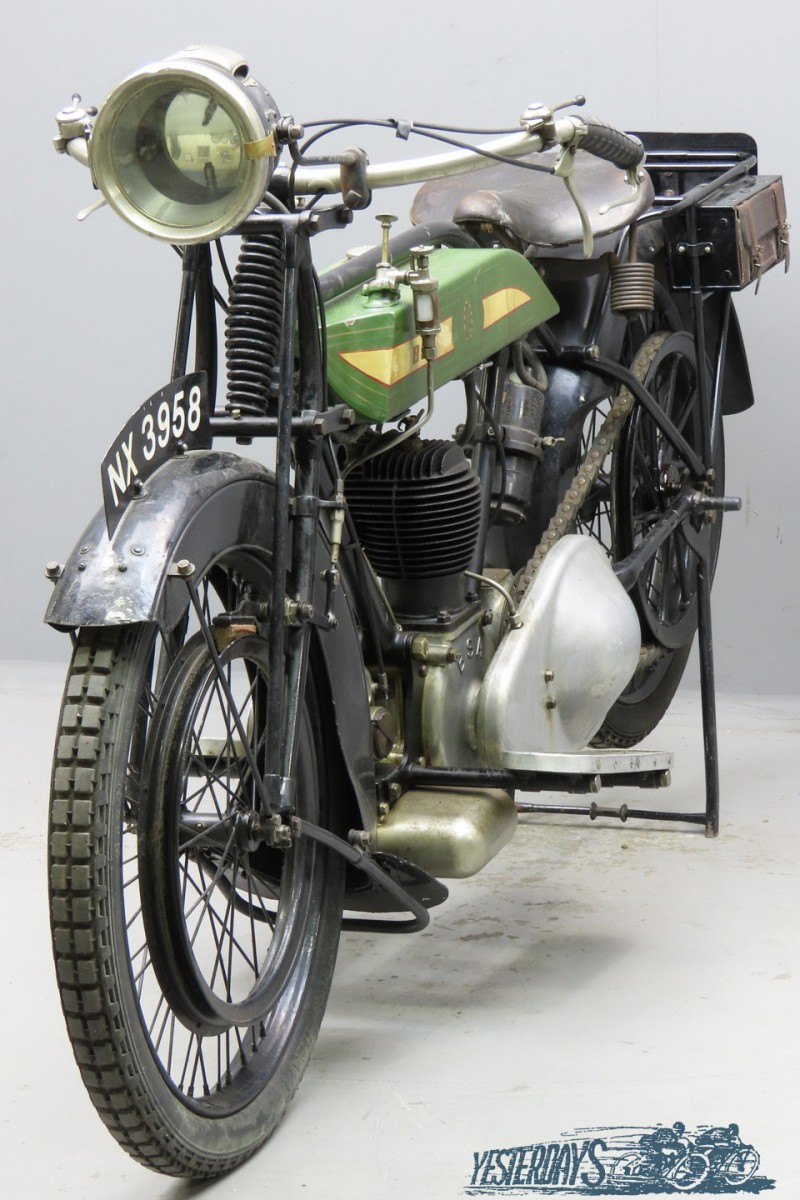 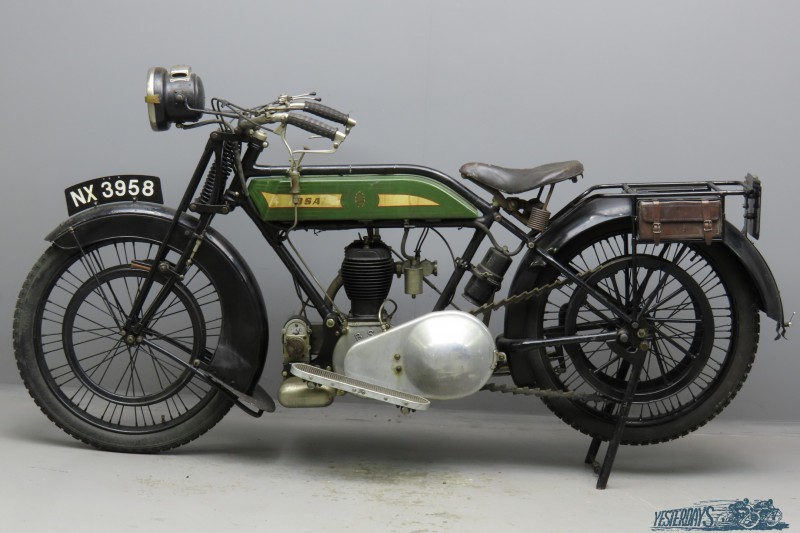 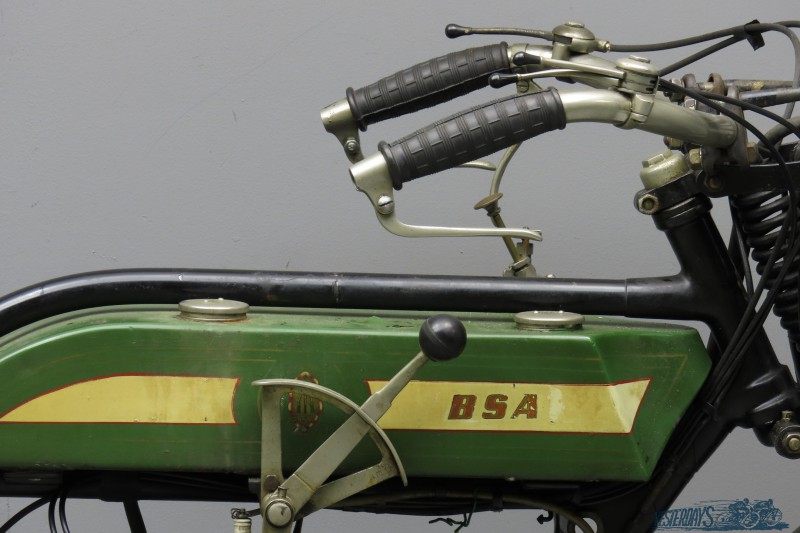 BSA entered the motor cycle market with a sturdy 3½ H.P. belt driven single geared machine, that was displayed at the 1910 Olympia show.
It was constructed almost entirely from BSA- made components and was produced from the company’s Redditch factory.
Within six months from their launching, BSA’s were selling well.
The machines were easily distinguishable among rival makes by their yellow and green painted tanks.
In 1914 the model “H” with 557cc 4 ¼ H.P. engine with bore x stroke of 85×98 was added to the range.
This machine had a three speed gearbox and full chain drive in an enclosed case.
One year later this model also became available with chain-cum-belt drive as the “K”.
This became a popular model for both solo and sidecar use and stayed in production till 1925.
The machine we present is an older restoration first registered on September 30, 1923 in Warwickshire.
This sturdily-built machine is in general good condition with some petrol tank enamel chipping off.
She comes with large footboards and quickly detachable aluminium primary chain case.
The magneto is from E.I.C. and the mixture is controlled by BSA’s own double barrel carburettor.
There’s acetylene lighting on board with Lucas No. 472 front lamp and No. 344 rear lamp.