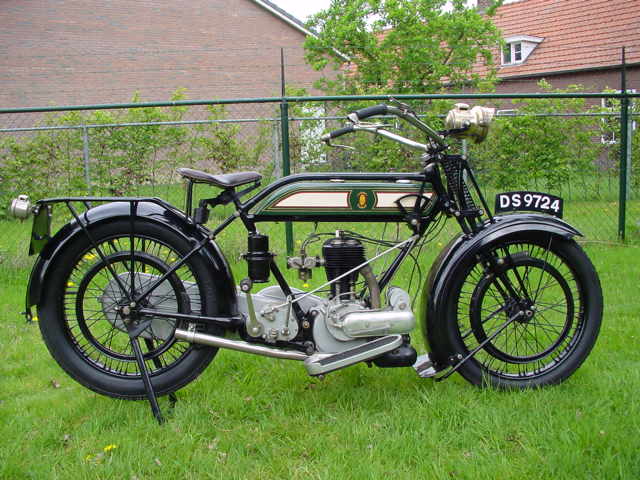 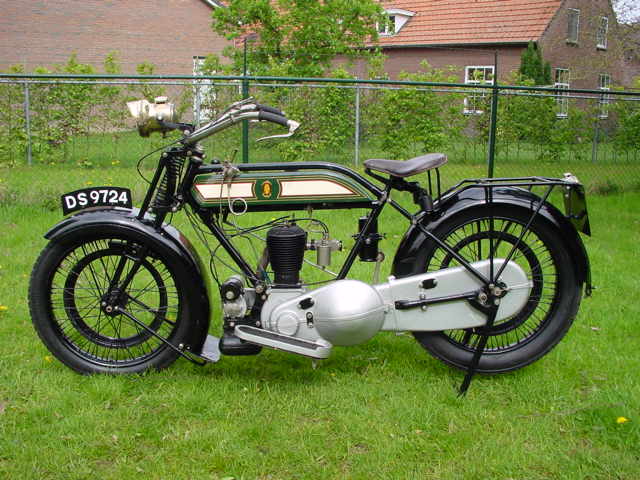 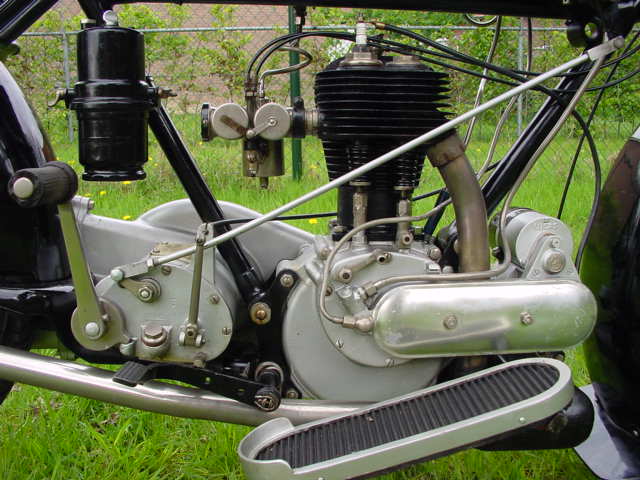 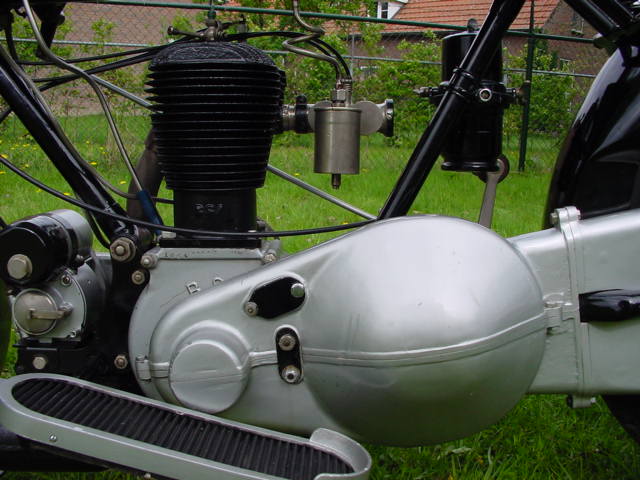 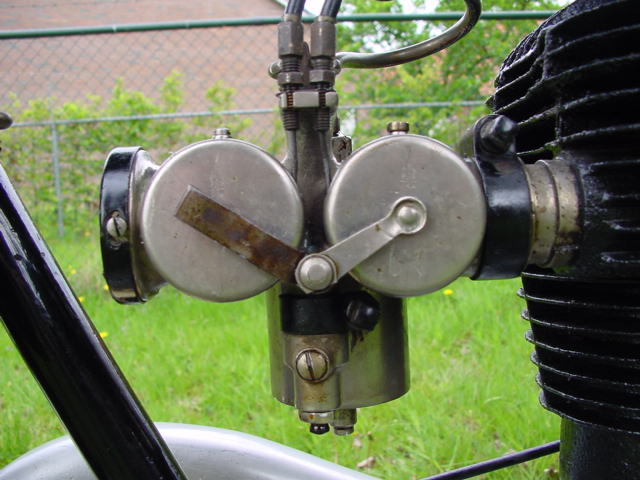 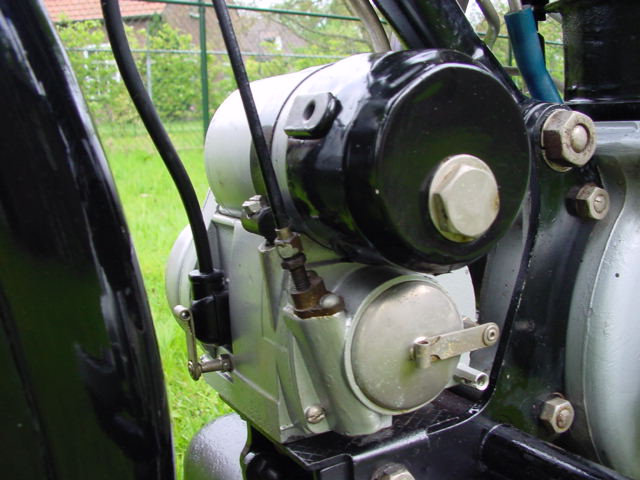 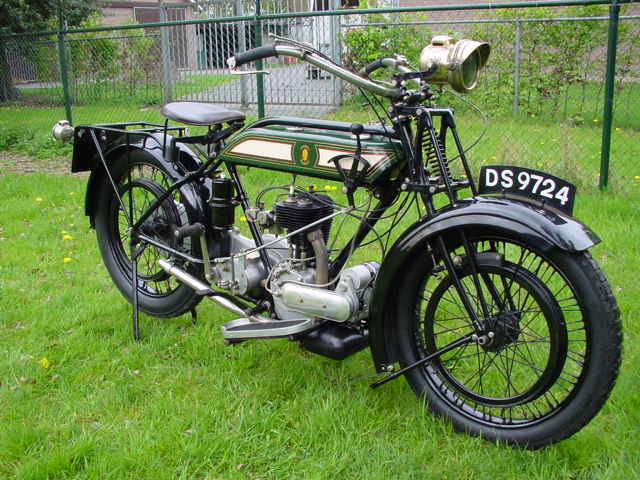 BSA  entered the motor cycle market with a sturdy 3 ½ HP  belt driven single geared machine, that was displayed at the 1910 Olympia show.
It was constructed almost entirely from BSA- made components and was produced from the company’s Redditch factory.
Within six months from their launching, BSA’s were selling well.
The machines were easily distinguishable among rival makes by their yellow and green painted tanks.
For 1914 there was a choice  between the 85×88  3 ½ HP model and the 85×98  4 ¼  HP model.
Till the early twenties nothing much changed in the range, but after the introduction of the first BSA V twin in 1920  the company started to expand the range to cater for all sorts of customers.
The 1924 range consisted  of  249, 349, 493 and 557 cc side valve singles, a sporty 349 cc OHV and  the 770 and 986 cc twins.
This nicely restored  4 ¼  HP model in its “Colonial” form has extra wide mudguards.
Both chains are enclosed in neat aluminium cases for maximum protection and ease of maintenance.
A very handsome machine indeed!