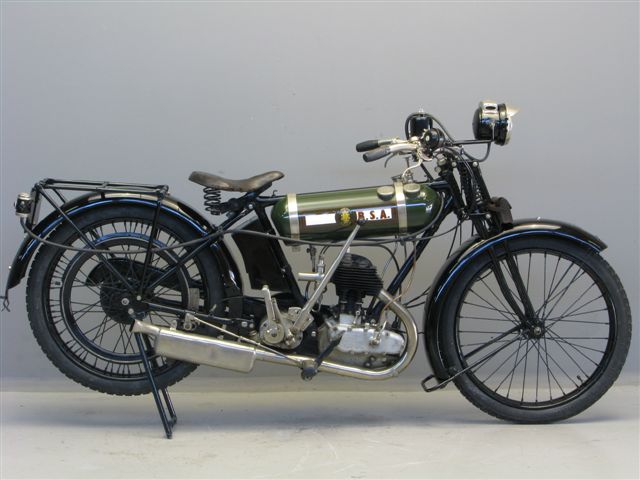 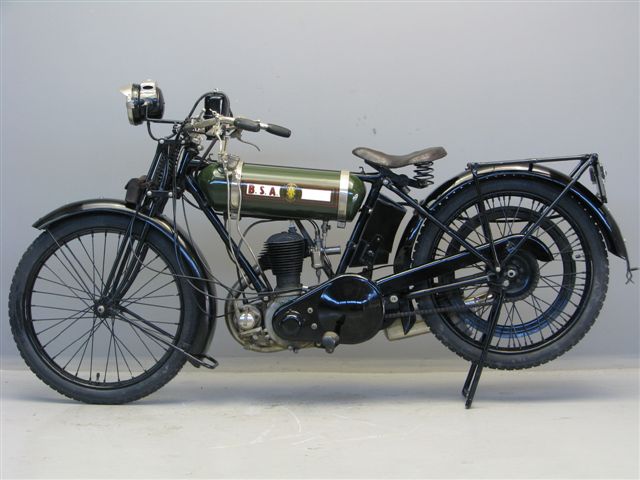 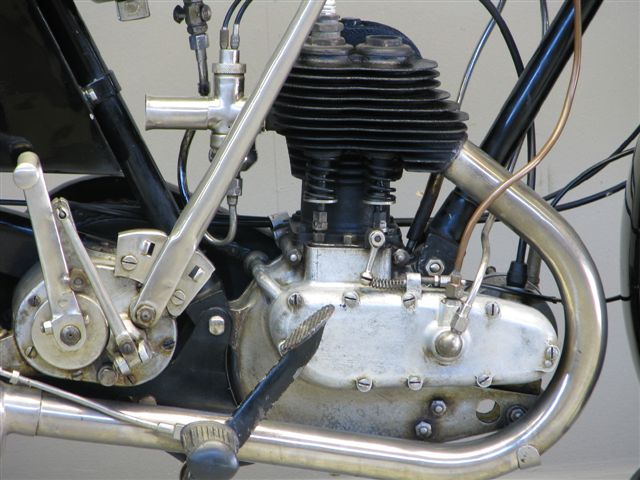 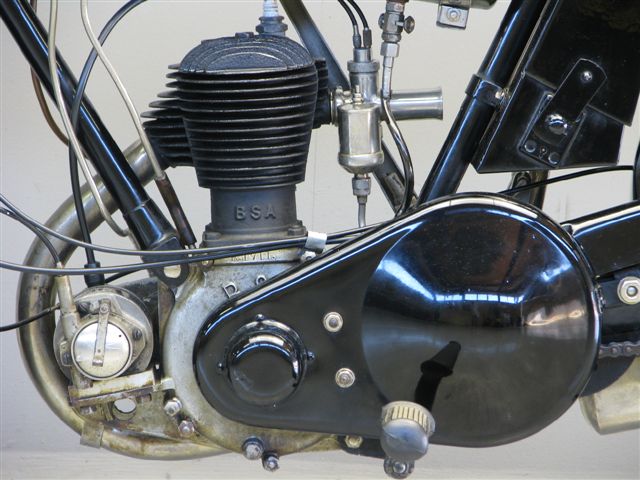 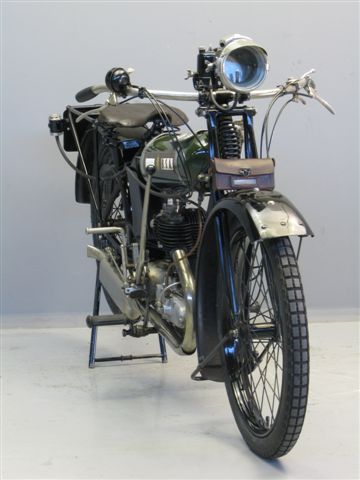 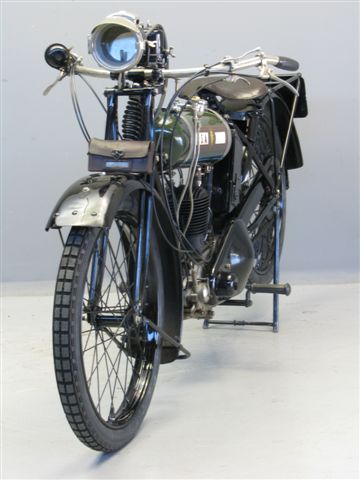 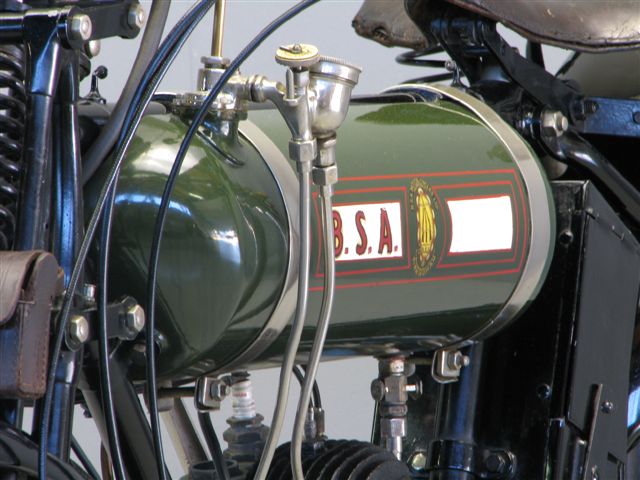 In January 1924  BSA stunned the motorcycle market by introducing a motorcycle that cost less than forty pounds, an absolute bottom price. The machine was designed in such a way that it could be mass produced. With a top speed of 45 mph, a weight of 170 lb and an average  fuel consumption of  120 mpg  this little machine became a giant success for the company.
In the first 12 months of its existence some 15,000 machines were sold and in its entire production run of  about five years  some 35,000 Lightweights  found satisfied customers.
It wasn’t a “roundtank” any more by then though, since the petrol  tank  had become a more conventional rectangular device.
The little machine had 24 inch wheels, a two-speed gearbox and  a mechanical oil pump.
This charming  and practical vintage  machine is an older restoration and comes complete with acetylene lighting system.