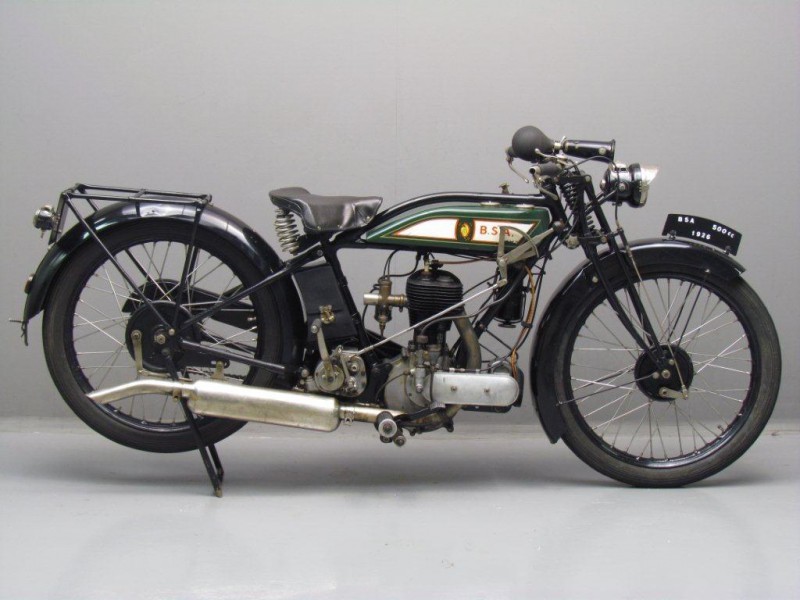 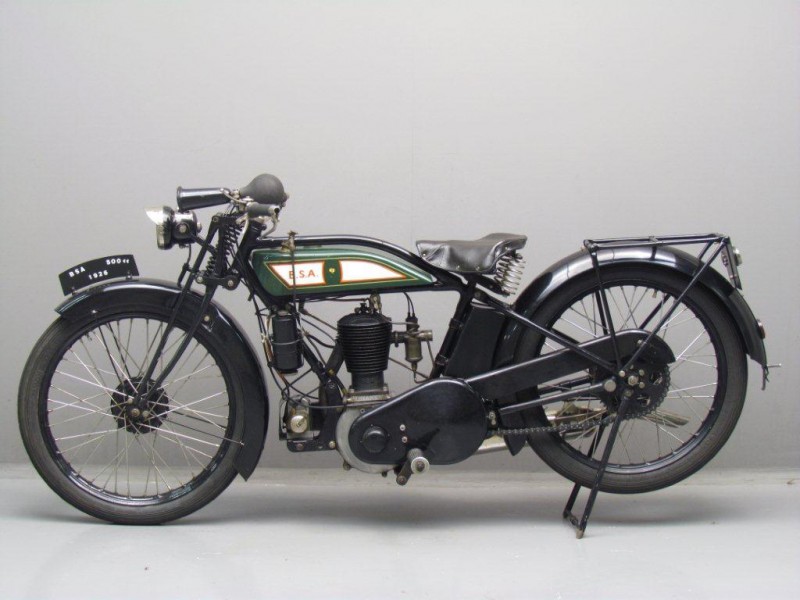 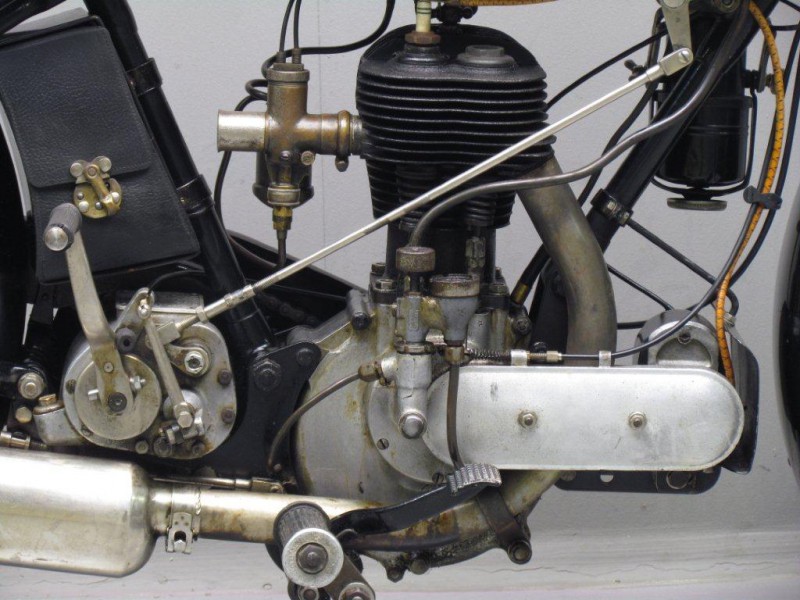 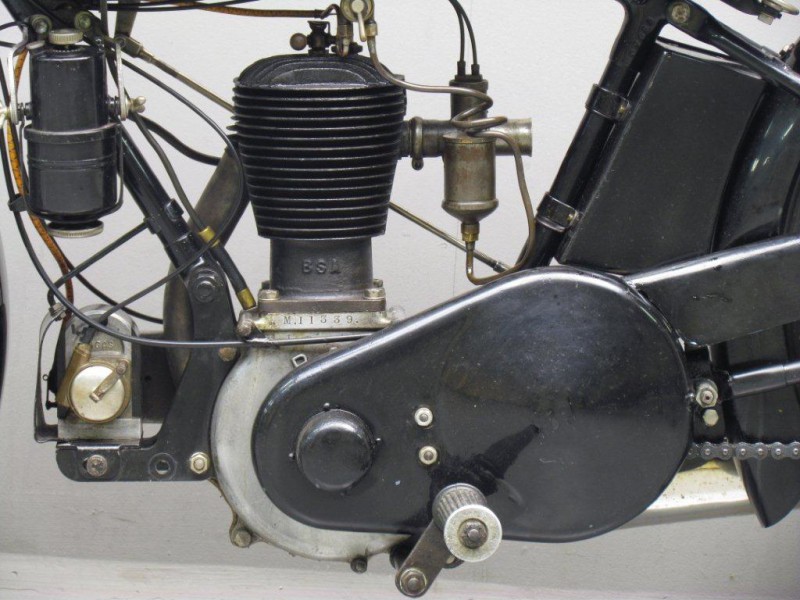 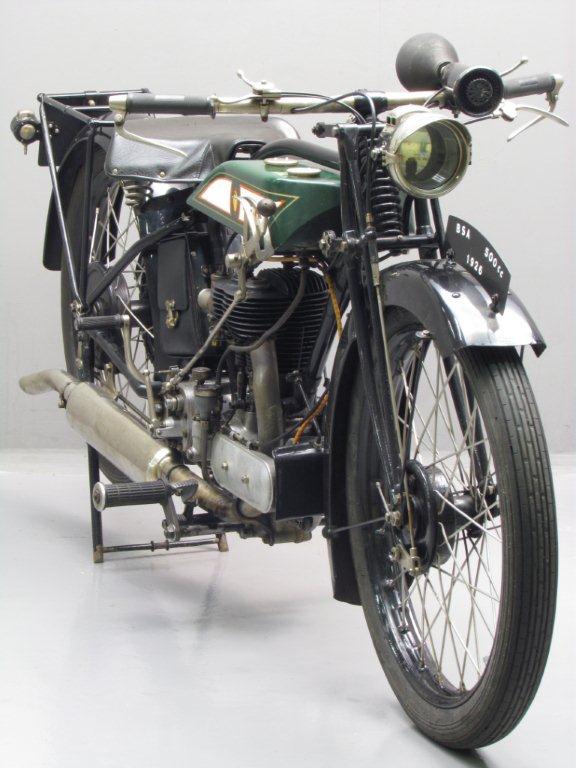 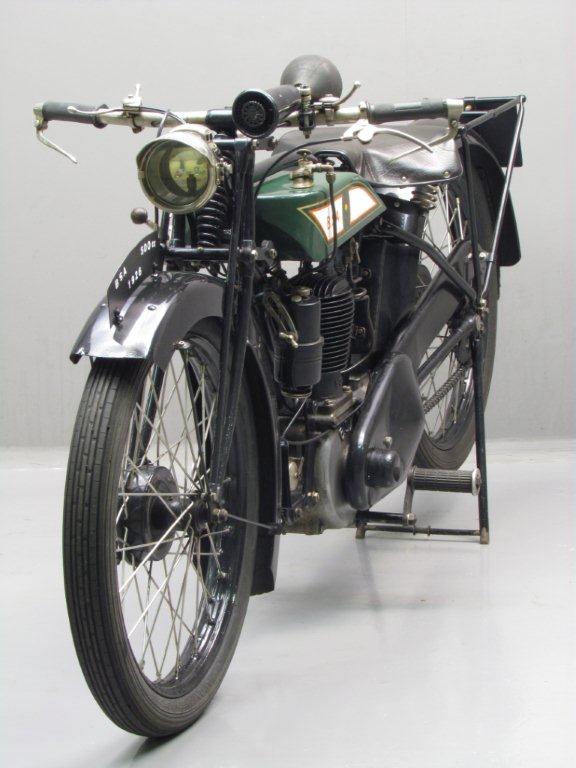 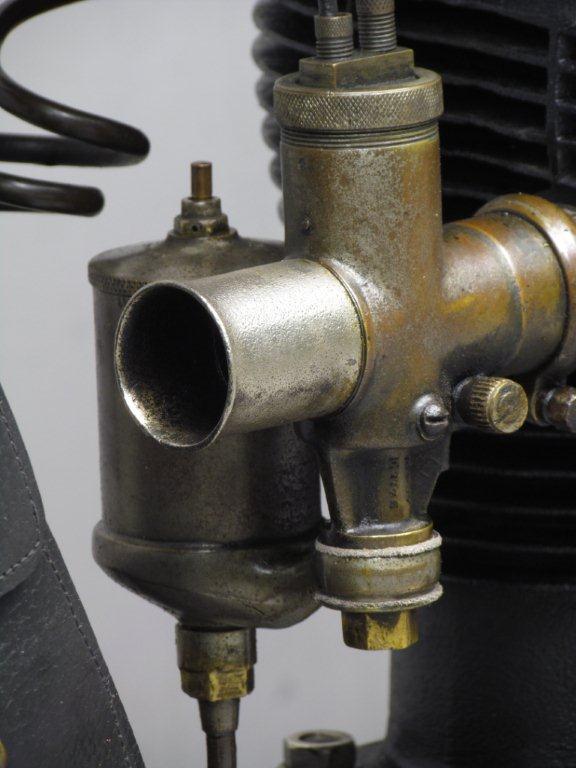 In the second part of the nineteen twenties the motorcycle market was growing fast in Britain.
But rivalry between the factories was intense and the profits were modest.
The whole industry was fighting a price-cutting war that had been started by the incredibly cheap model P Triumph that cost just under  43 pounds when brought out in 1925.
But BSA stood firmly in the market and brought out an extensive range.
Next to the successful new range of Slopers with their graceful saddle tanks, the BSA range also held some models for the more conservative rider.
The 493  cc was a popular model, listed at about 45 pounds.
The machine has internal expanding brakes, acetylene lighting and BSA’s own 3 speed gearbox and is equipped with Lucas magneto.
This model  “S 27” is an older restoration and is still styled with upright engine and flat tank, 1928 being the last year in which flat tanks were used on BSAs.   Note the sturdy oil pump on the timing case.
The tank top sight feed that had been used for many years has been transferred to the top of the pump with the obvious advantage of less oil lines around the engine.
It would seem advisory  to  check the pump function only when the machine is stationary!