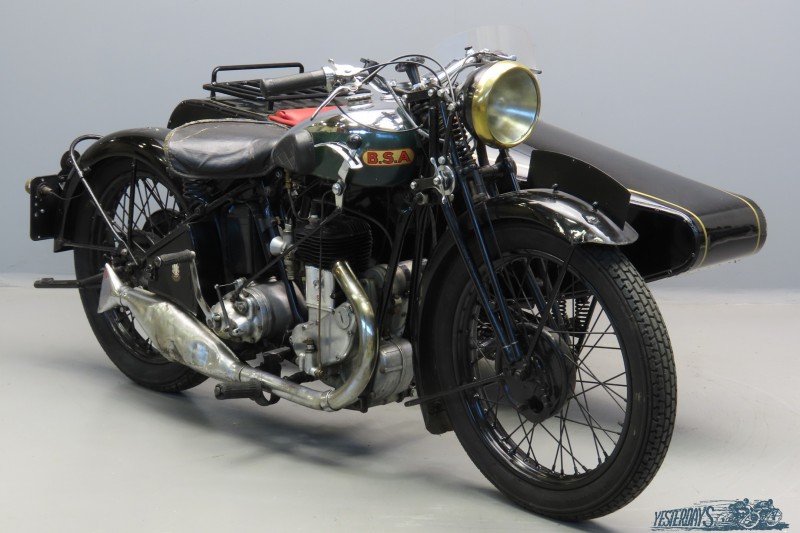 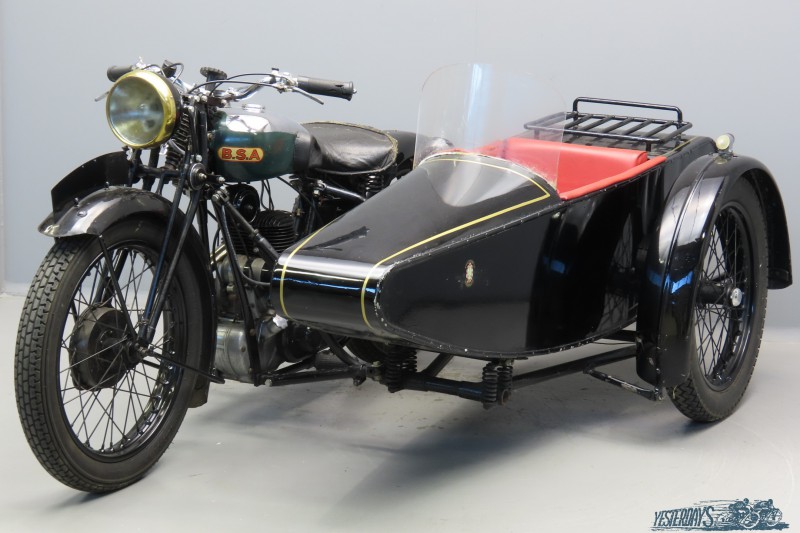 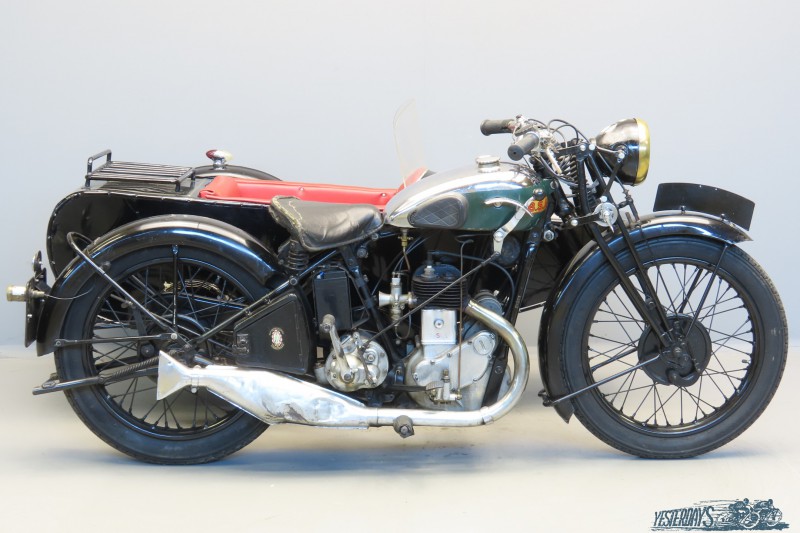 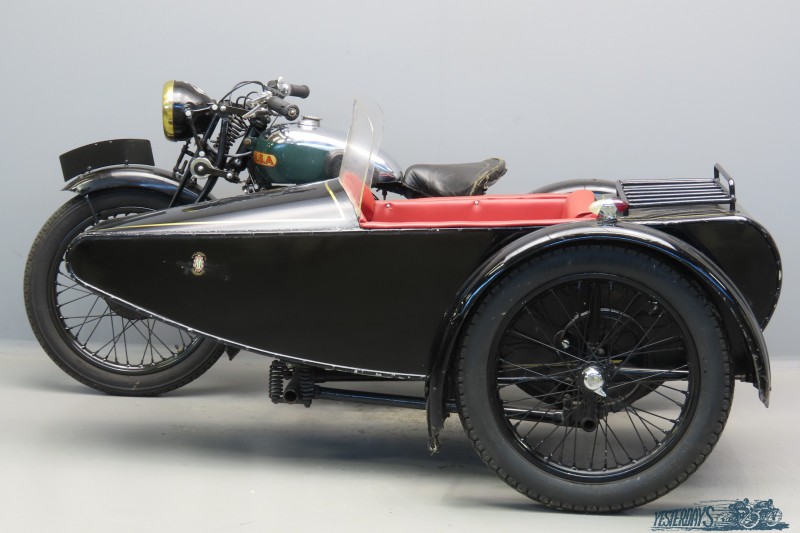 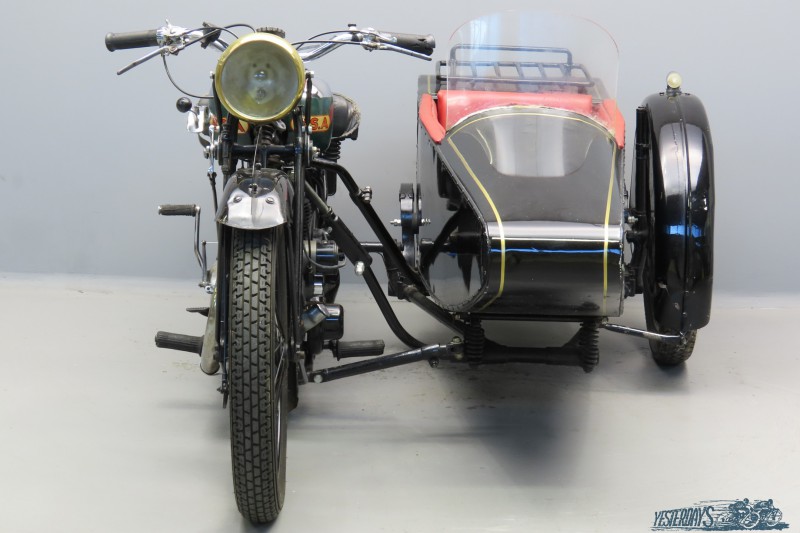 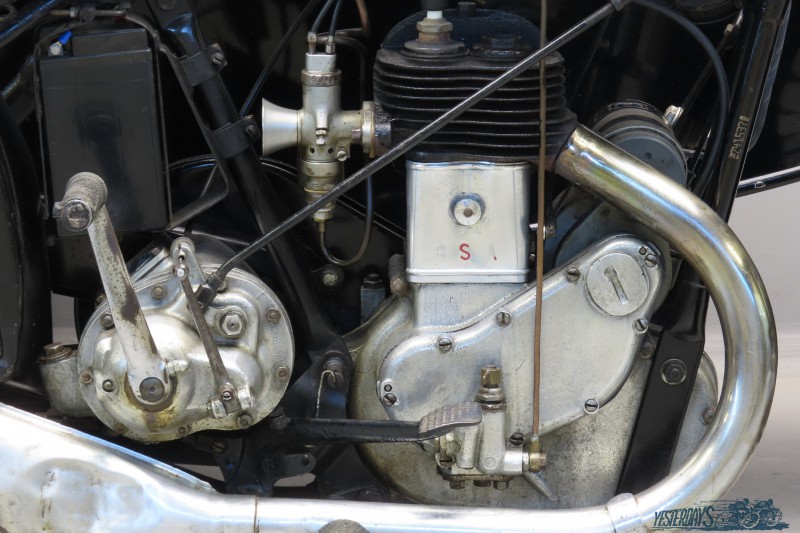 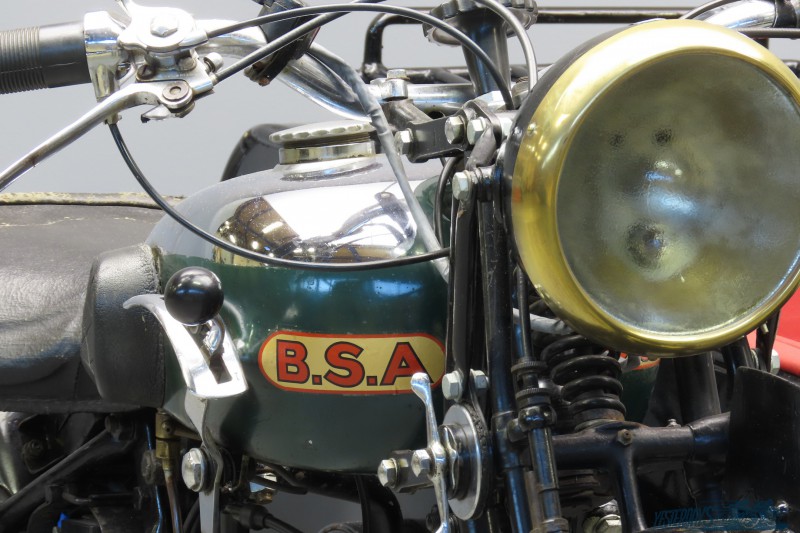 The BSA motorcycle range for 1932 comprised no less than 12 models ranging from the little 249 cc ohv B 32-1 till the mighty 986 cc G 32-10 V-twin.
Next to the sporty OHV Sloper and Blue Star models there were two 349 cc side valve machines, the L32-2 and the L32-4.
Both had bore x stroke dimensions of 72×85.5mm
The latter was a De Luxe version and was three pounds more expensive than its brother.
For that extra money the customer got a four speed instead of a three speed gearbox, a chromium tank with green panels and a tank top mounted pressure gauge.
According to the catalogue the L32-4 was suitable for light sidecar work and the former owner confirmed that the engine power in combination with the four speed gearbox is certainly sufficient for “calm touring”.
This older restoration is in good overall shape and comes with Lucas electrical lighting system and horn.