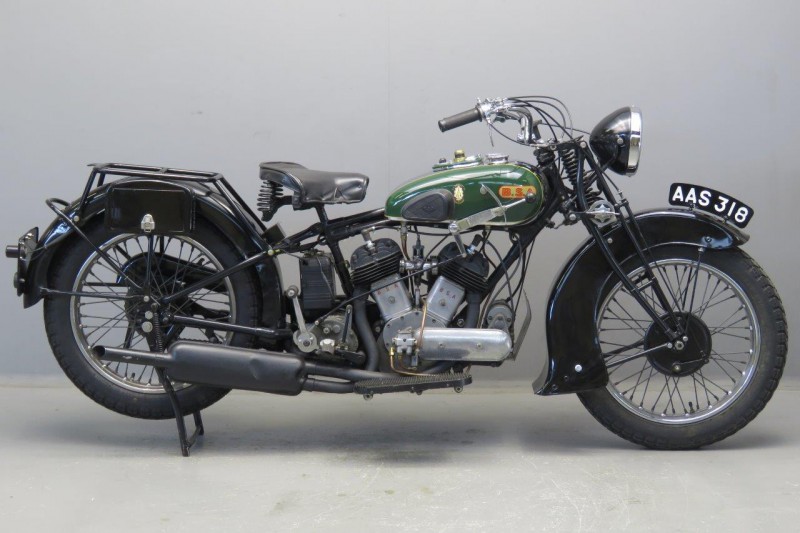 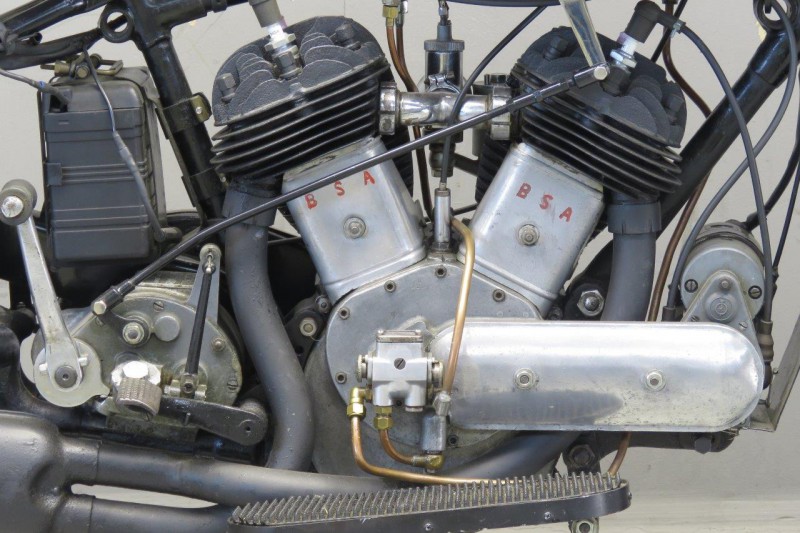 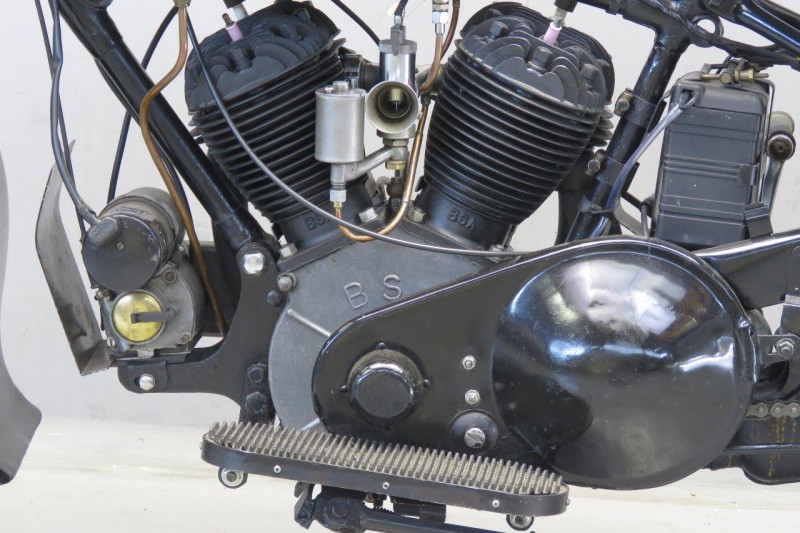 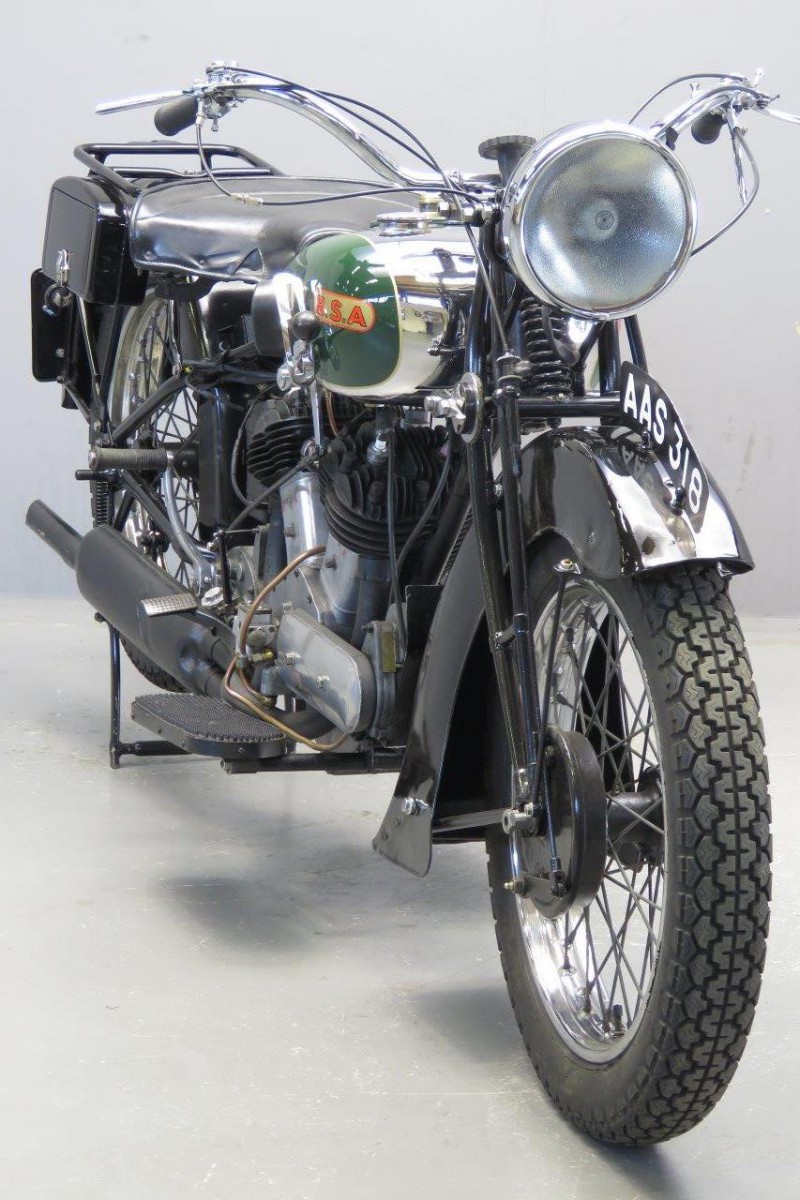 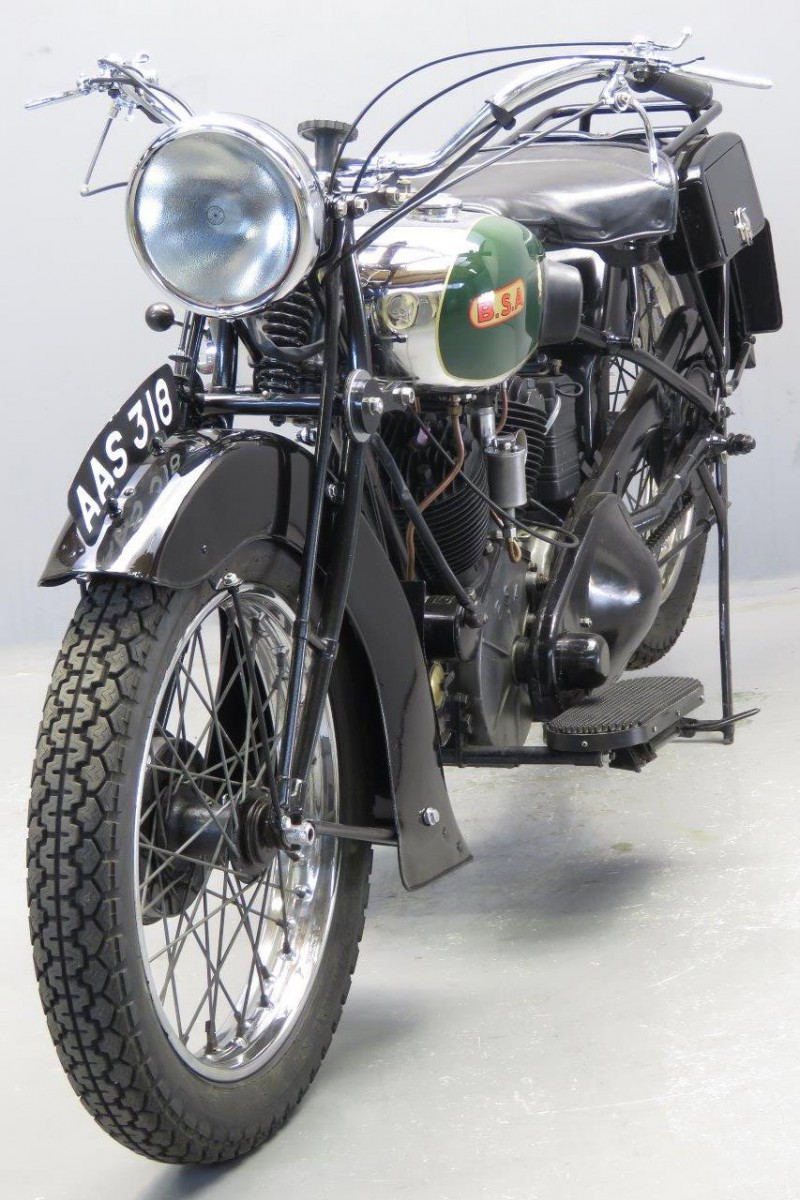 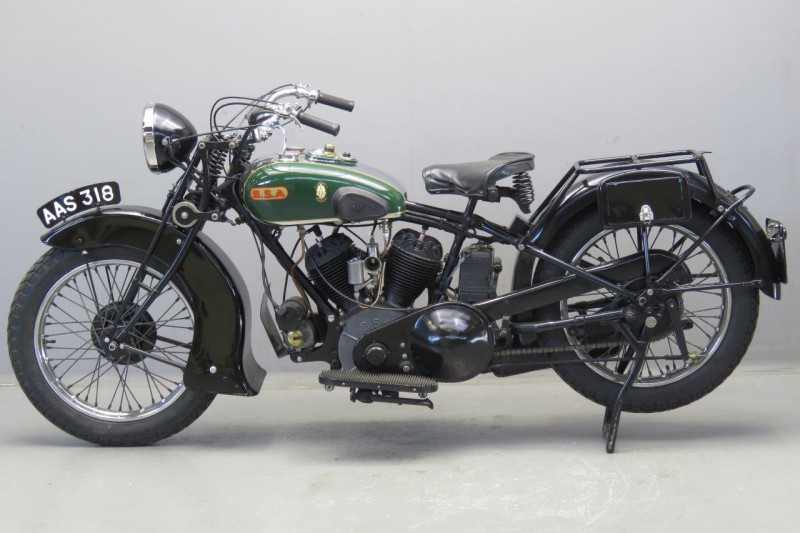 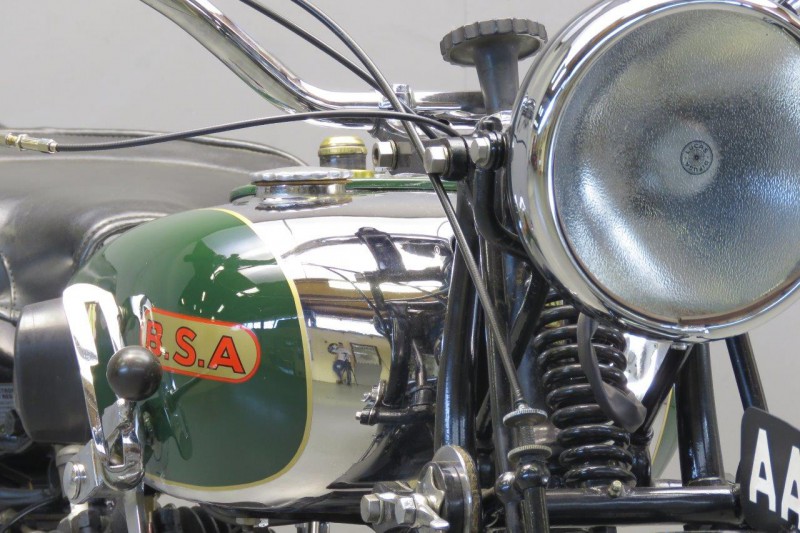 BSA’s first V-twin was the Model A and it was primarily intended as a sidecar machine.
It was introduced for the 1920 season and remained in production for about 3 years.
A larger 986cc version debuted as the Model F in 1922 and would continue in production as the Model G, regularly revised and updated, until 1940.The 80×98 bore x stroke engine has the cylinders set at a 50 degree angle.
The constant loss lubrication system employs a mechanical pump with oil control in the tank top panel.
The wheels are quickly detachable and interchangeable and the gearbox is BSA’s own three speed design.
The WT designation refers to a World Tour that was held  from August 1926 till March 1928  to test the reliability of the luxurious 986 cc touring machine, that was popular both for touring and police duties.
Two 986 cc Colonial Models equipped with box carrier sidecars set out in August 1926 on a tour through 23 countries.
They completed the tour successfully in March 1928 after having covered 25,000 miles.
The tour generated much positive publicity for BSA and from 1929  up to including 1934  the model G was also referred to in the catalogues as the “WT”.
This machine has been restored to an excellent standard some years ago.