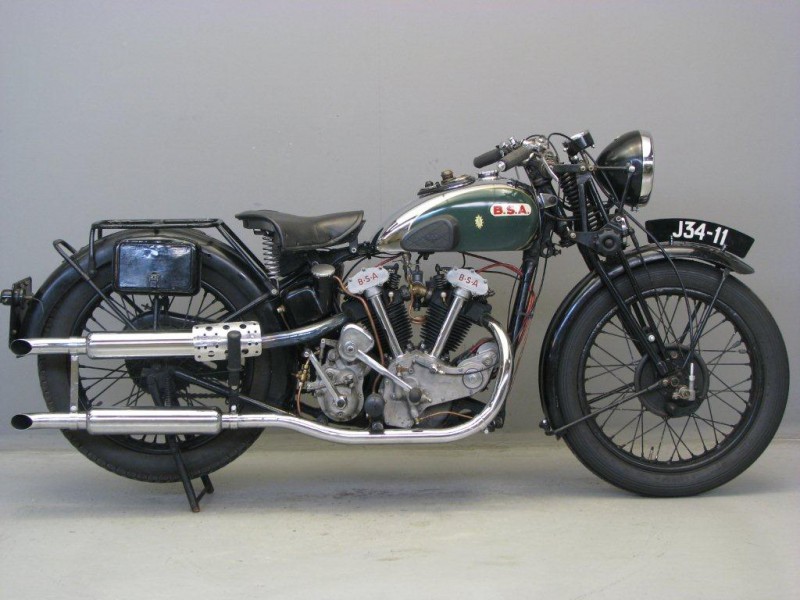 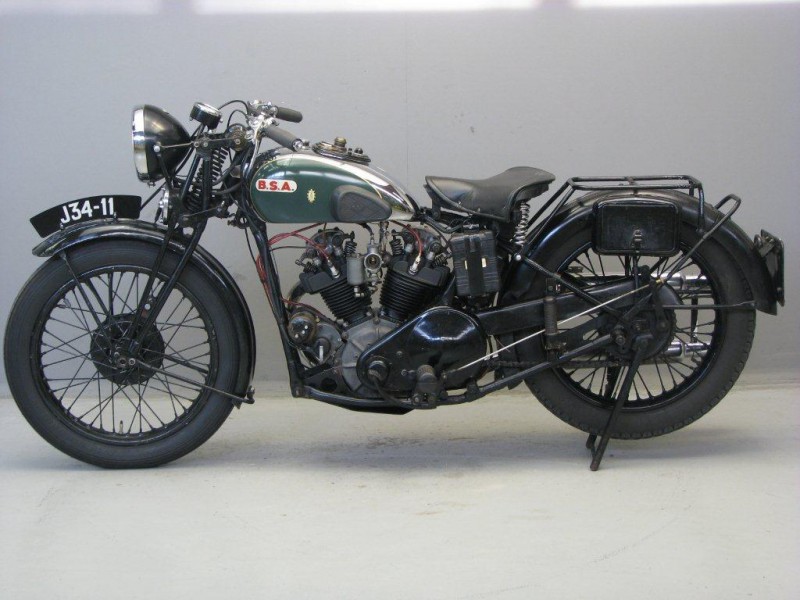 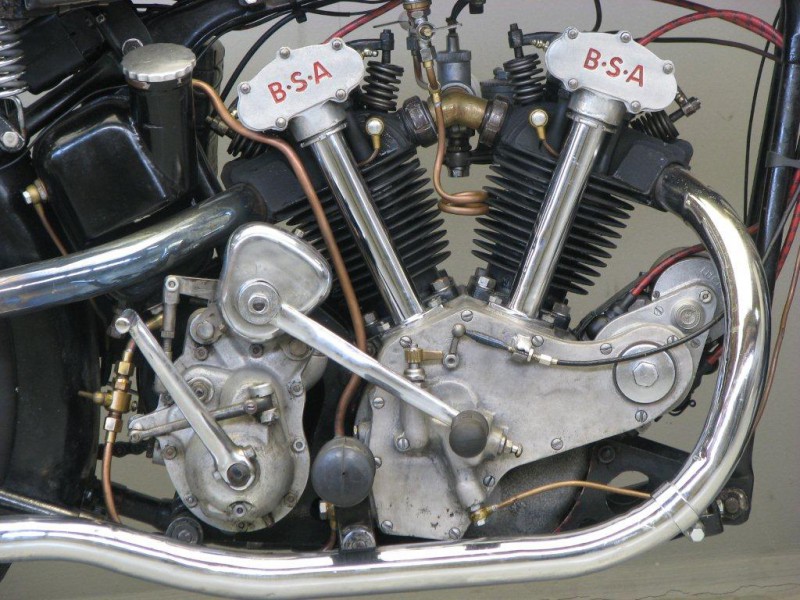 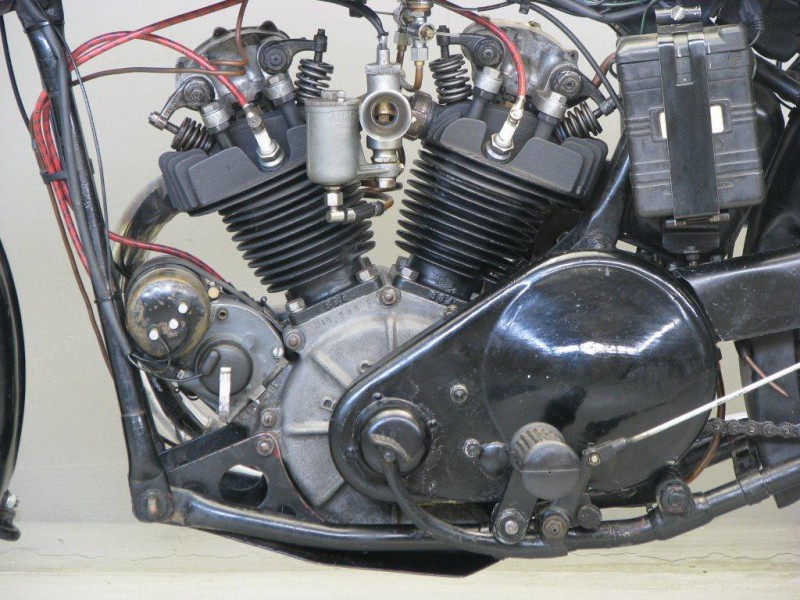 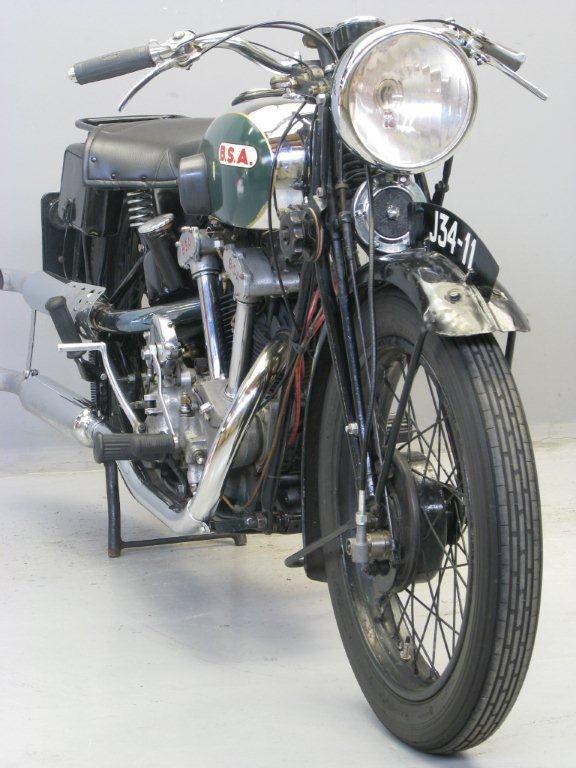 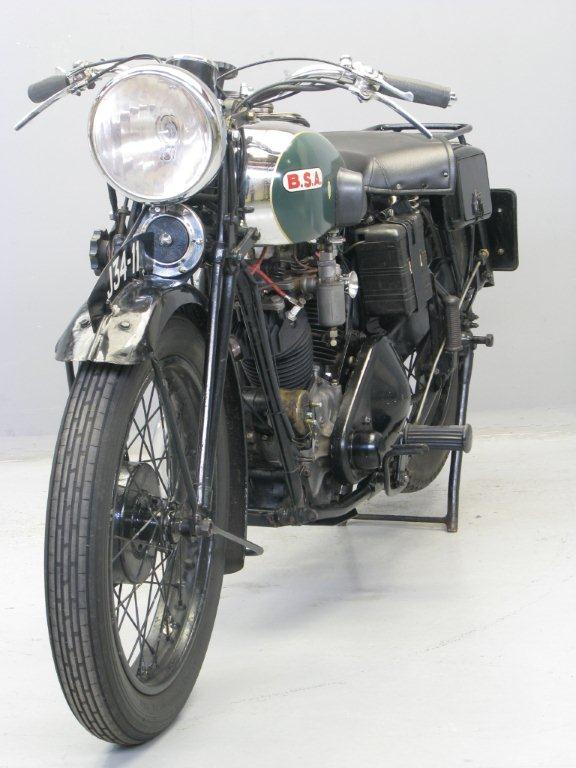 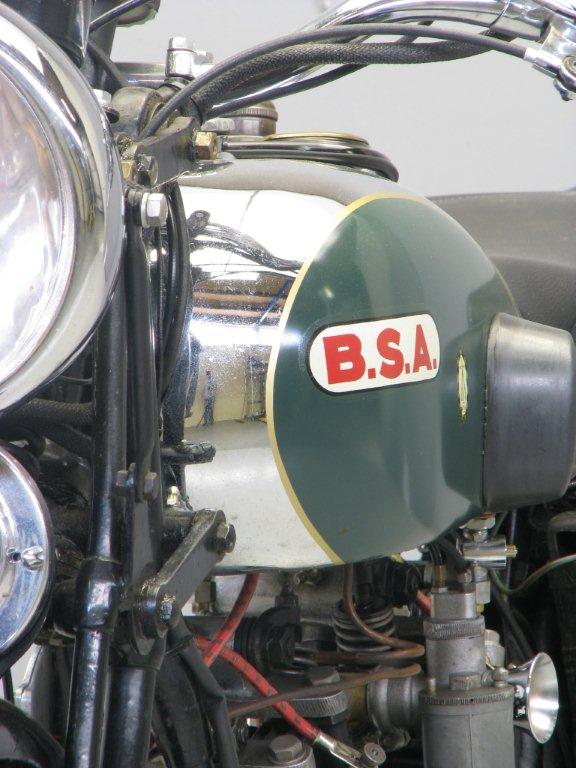 At the 1933 Olympia show  BSA displayed a 14-model range; more than 60 machines were showed an one of the newcomers was a handsome  498 cc (63×80 mm)  OHV v-twin, the model J 34-11.
The machine was actually not  a complete newcomer: it was based on a design specially prepared for the War Office a year or so earlier. After extensive tests  the military authorities were  satisfied with its performance and  between 1933 and 1936 some 700 machines were ordered.
The model J  was for some years the  standard British Army motorcycle.
At Olympia  it created great interest with the public because of its good looks and OHV twin engine, which  engine type was  new in the BSA range.
For 1935 some changes were made, notably a new foot change mechanism, redesigned front forks and a speedometer on top of the front forks instead of in the tank panel. Model designation became J 35-12.
At 70 pounds the model J was 20 % more expensive than a comparable single cylinder OHV and it was  but slightly more powerful. Consequently, not too many of these interesting machines were sold to the general public  in their 3-year production run and today they are pretty rare birds.
This BSA is in a good condition, it is a nicely mellowed older restoration, however the fuel tank has  got a new chrome and paint finish recently.