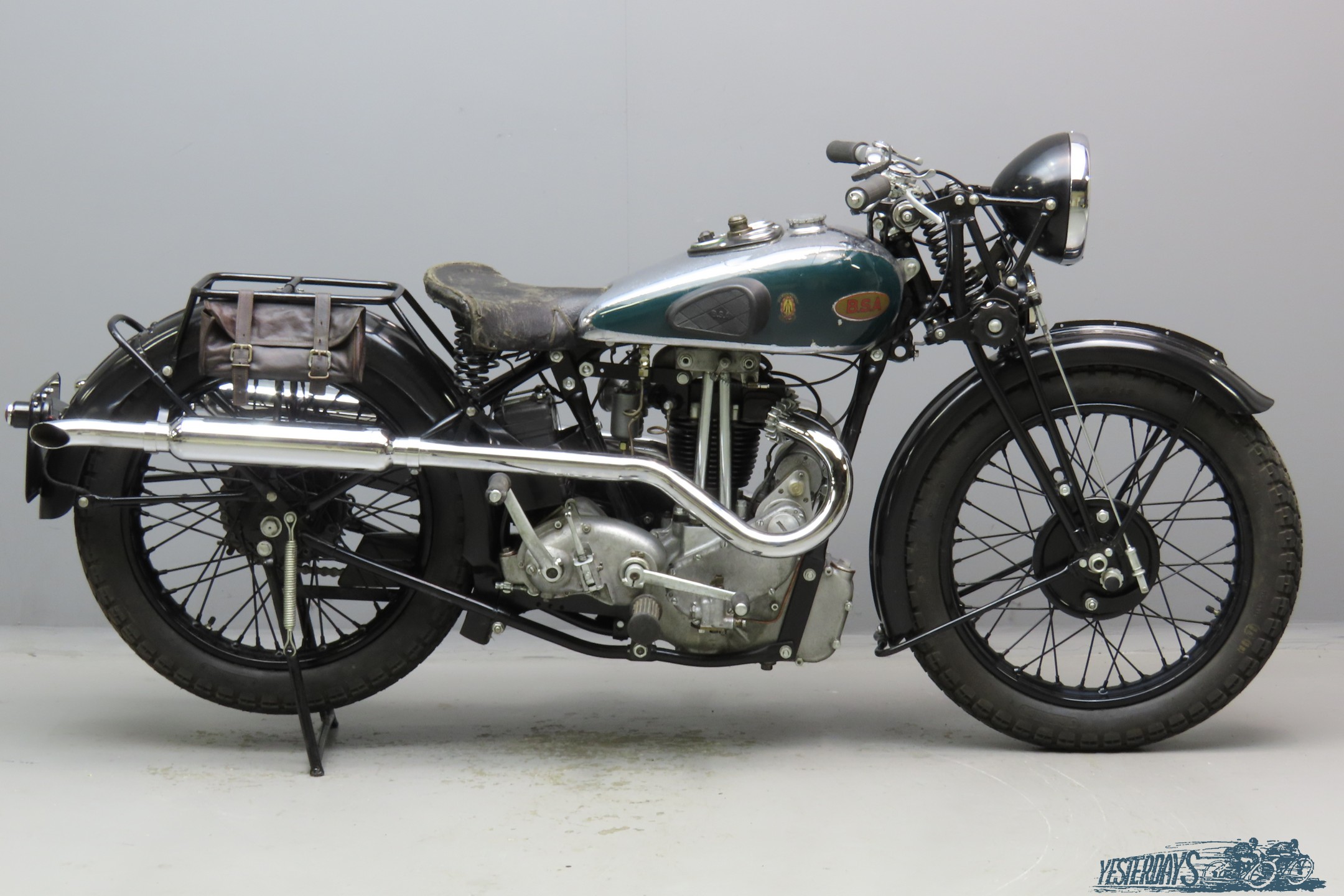 According to “The Motor Cycle” BSA had an imposing stand at the Olympia Show, held in November 1934.
The company presents no less than 20 different models for 1935.
The total number of machines on display is 360, including 24 three-wheelers.
One can conclude that machines in the 250cc class are becoming more and more popular at the expense of 350cc models.
About 80% of the machines are singles and the 500cc class is still the most popular, 36% of the bikes on display are of that capacity.
Four speed gearboxes are now fitted to 65% of the new machines, this was 55% in the 1935 Show display.

In the BSA model range the “R” refers to the 348 cc single cylinder models. Initially two are offered, the R35-4 De Luxe with hand change gearbox and the R35-5 Blue Star with foot change, high-level exhausts and tuned engine.
In the early months of 1935 another 350 is introduced, the two-port R-17.
This new R17 is a sporty machine with 71x88mm bore x stroke, swept-up exhaust pipes, steering damper and foot gear change.
The oil sump and crankcase are cast in one unit. Another feature is the tank instrument panel with amp gauge, inspection light, switch and oil pressure gauge.
The machine we present here was delivered on May, 13 1935 to a Mr. R.H. Cox in Paris.
The former owner bought the machine a number of years ago as an abandoned restoration project and he took a thorough approach to the restoration: valves, guides, bearings, big end, small end and piston were renewed, cylinder was bored, magneto and dynamo were overhauled and the machine got new chainwheels, chains and tyres.
This sporty BSA comes with current registration, leather tool bag and practical side stand and is an excellent runner.