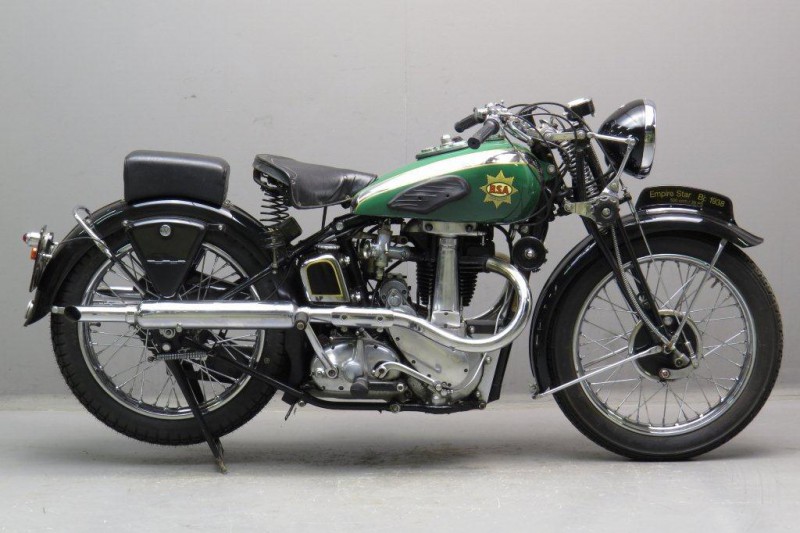 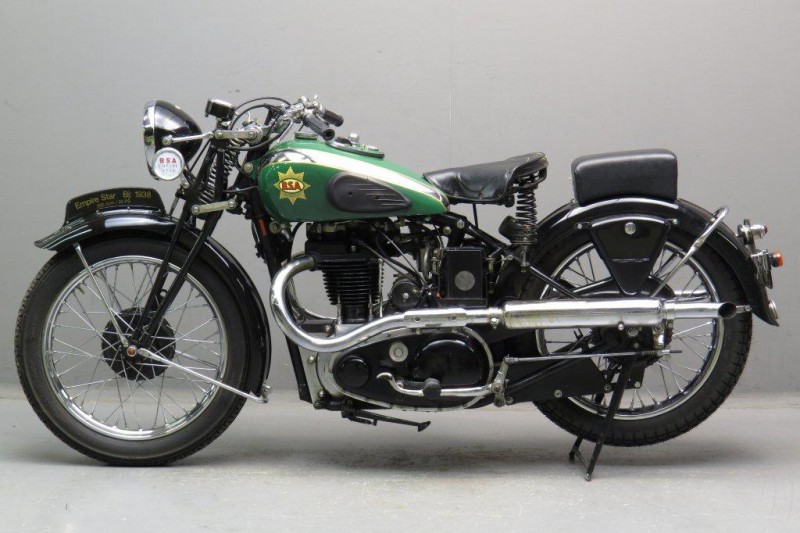 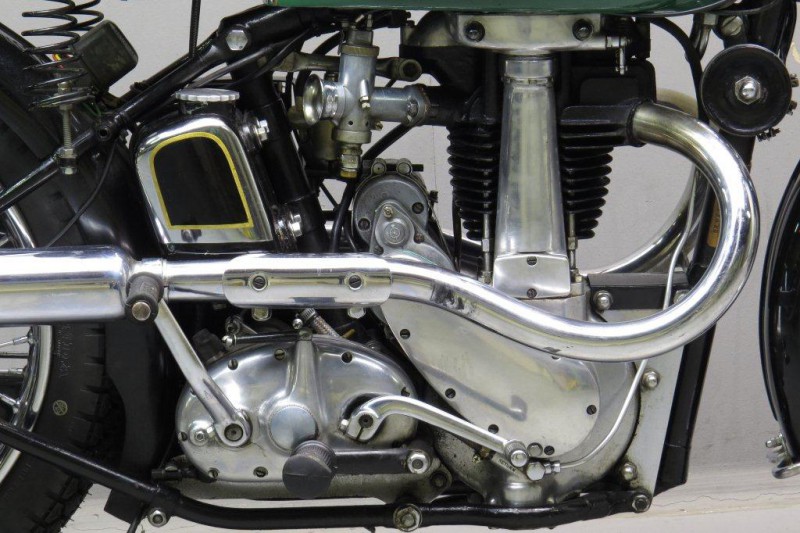 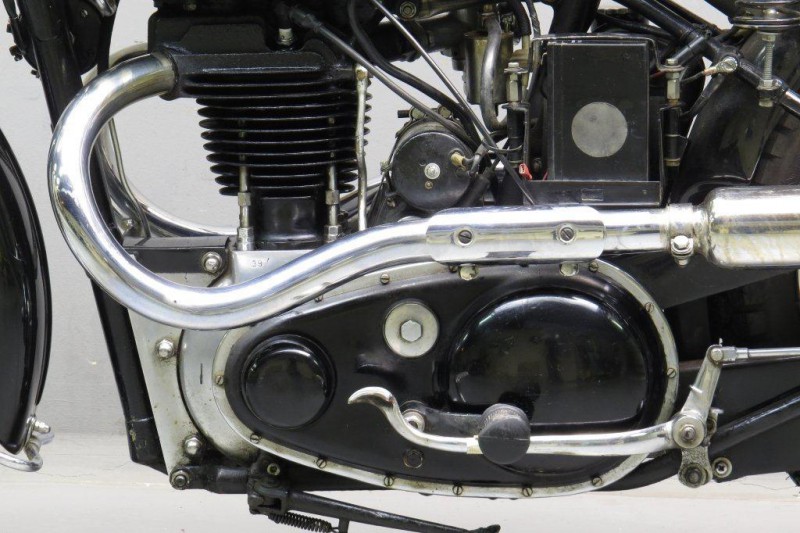 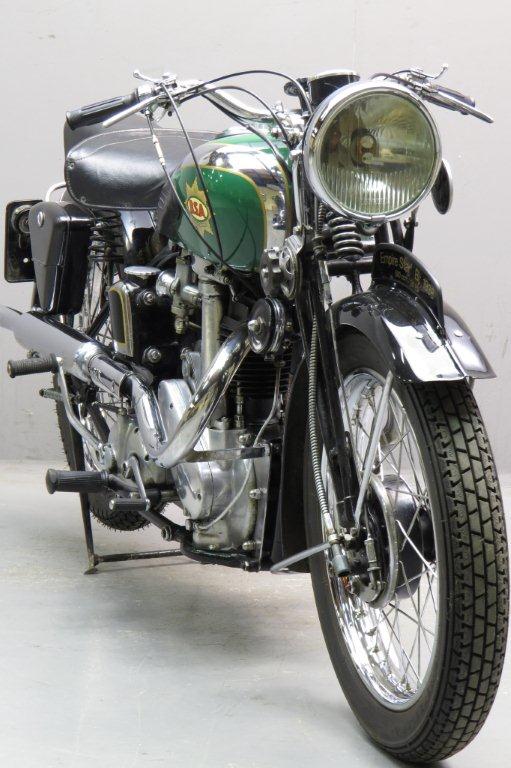 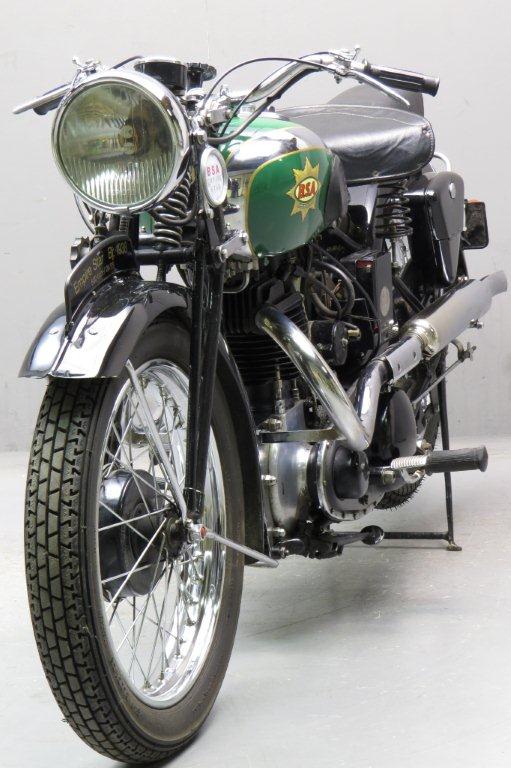 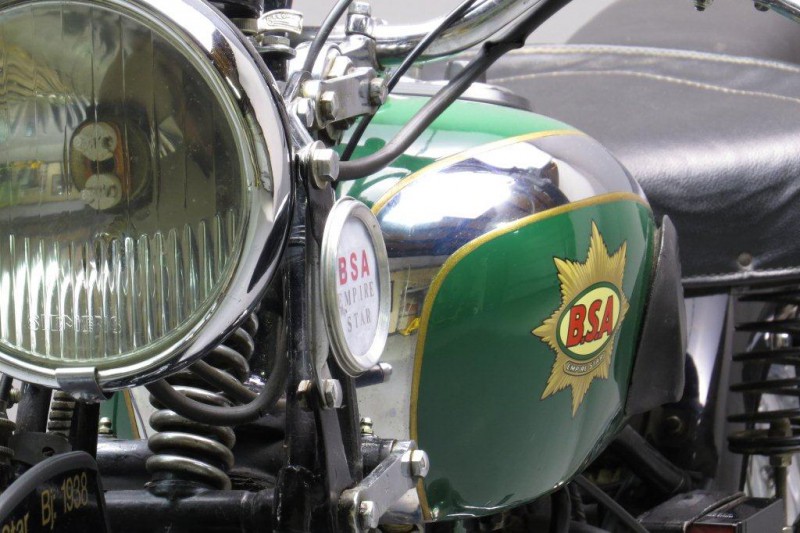 Responsible for the 1937 range of BSA machines was brilliant engineer Val Page.
He reshaped the complicated system of machine types that had become confusingly diverse over the years.
The 150 cc machine was dropped and all 250 cc and 350 cc models were catalogued in the “B” group, while all the other singles from 350 to 600 cc came into the “M” group.
The V-twins formed the third group. So now the whole range was divided into only three groups.
Page replaced the forged backbone frame system with a fully brazed-up frame with one top tube.
The crankcase sump was discontinued, the magdyno became rearward-mounted again and the valve gear enclosure was improved in such a way that for the first time there was a complete coverage for the whole of the overhead gear.
The cylinders were air-hardened to reduce wear.
Top of the range was the 496 cc “Empire Star” model that had bore/stroke dimensions of 82×94 mm.
This model had been developed for the 1936 range and was designed by David Munro.
Val Page introduced a number of refinements, such as a stiffened-up crankcase with two main bearings on the drive side.
Each engine was specially tuned and the Empire Star soon got an excellent reputation; The BSA catalogue copy writer started the 1938 model description like this:
“ The famous BSA 500 Empire star “ The Masterpiece of the Industry “ – combining brilliant acceleration, extreme flexibility, magnificent road- holding and perfect steering.
Its reliability and performance were proved by the honours gained in the 1937 International Six days – five Gold Medals without losing a mark.” This machine is a nice older restoration.