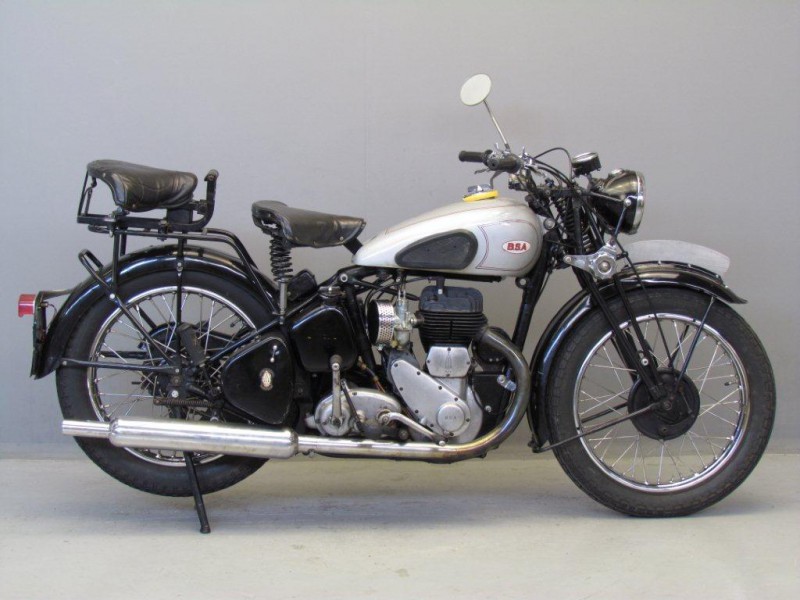 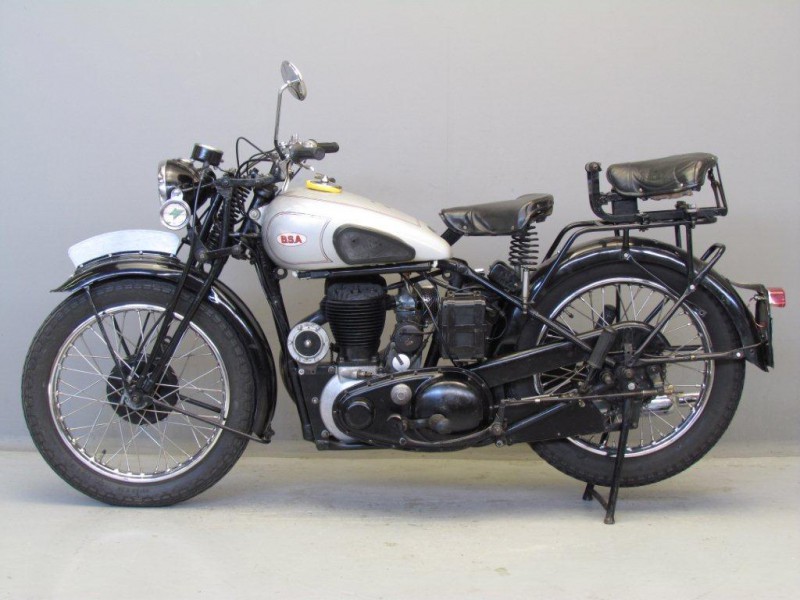 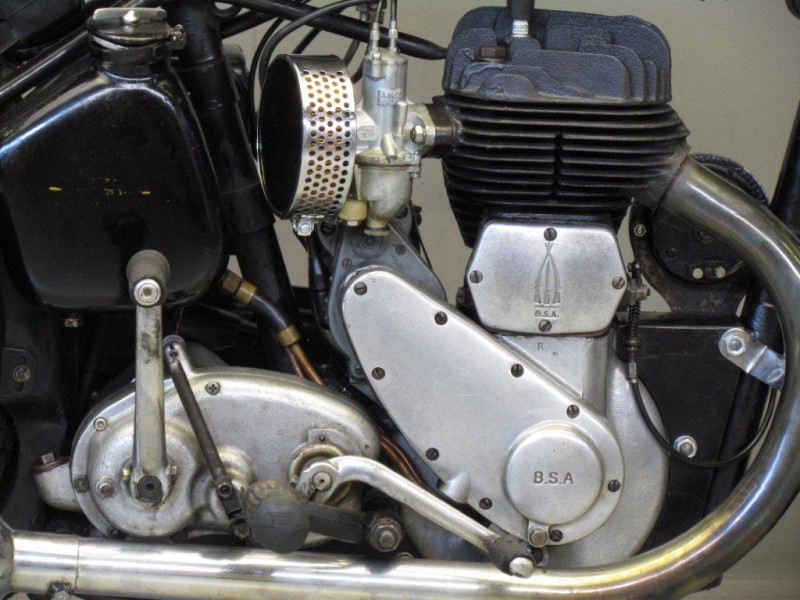 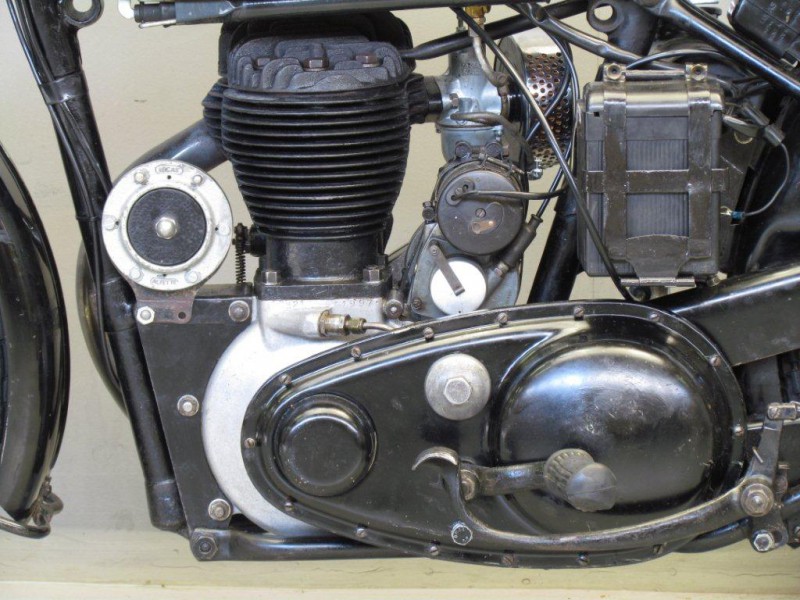 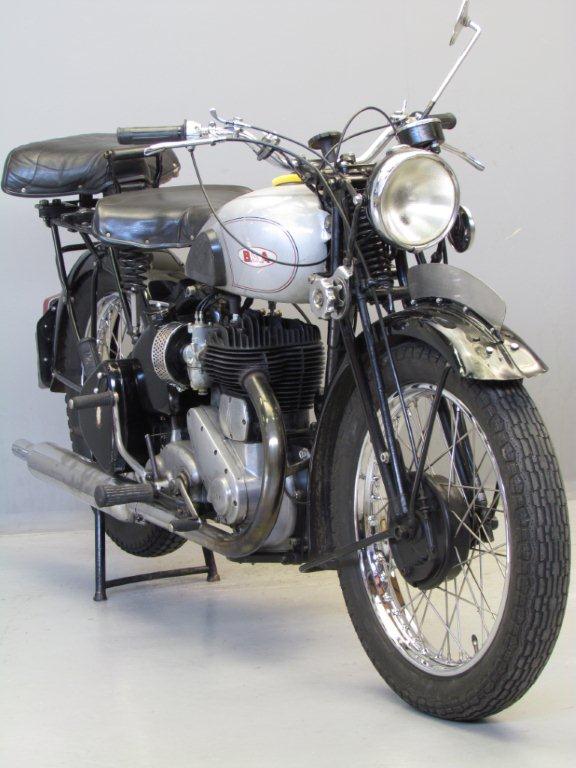 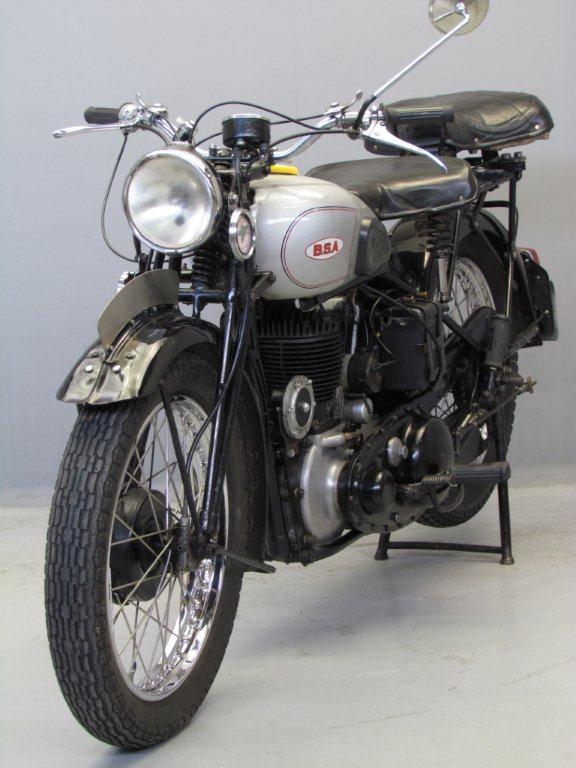 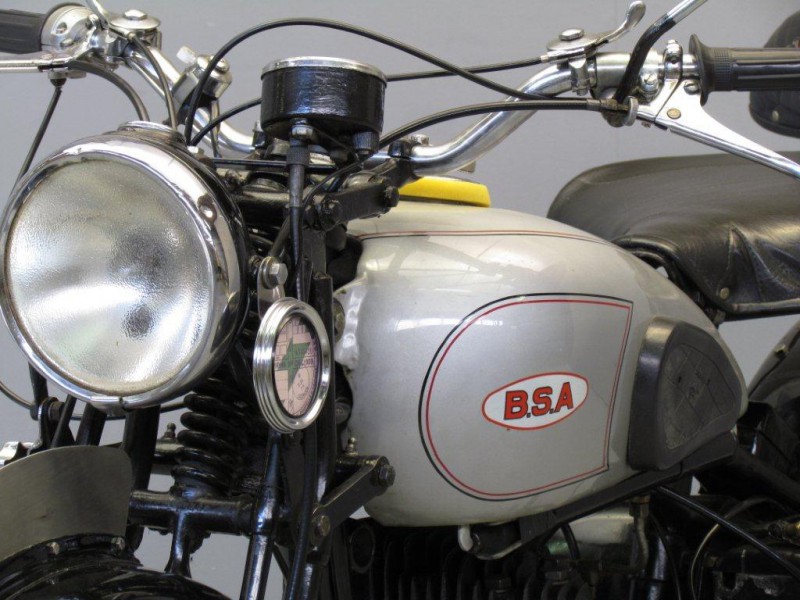 Responsible for the 1937 range of BSA machines was brilliant engineer Val Page.
He reshaped the complicated system of machine types that had become confusingly diverse over the years.
The 150 cc machine was dropped and all 250 cc and 350 cc models were catalogued  in the “B” group, while all the other singles from 350 to 600 cc came into the “M” group.
The V-twins formed the third group. So now the whole range was divided into only three groups.
Page replaced the forged backbone frame system with a fully brazed-up frame with one top tube.
The crankcase sump was discontinued, the magdyno became rearward-mounted again and  the valve gear enclosure was improved in such a way that for the first time there was a complete coverage for the whole of the overhead gear.
The cylinders were air-hardened to reduce wear.
The M21 was meant for sidecar work  and  initially had a bore and stroke of 85mm x 105mm for a swept volume of 595cc.
In 1938 it was brought into line with the   82 x 94 M20 with a bore of 82mm and a 112mm stroke giving 591cc.
A similar bore as the M20 turned the M21 into a long stroke version of the 500 and meant the factory could use common engine parts.
The M21 still used heavier flywheels though, to provide the low rev pulling power needed for sidecar work.