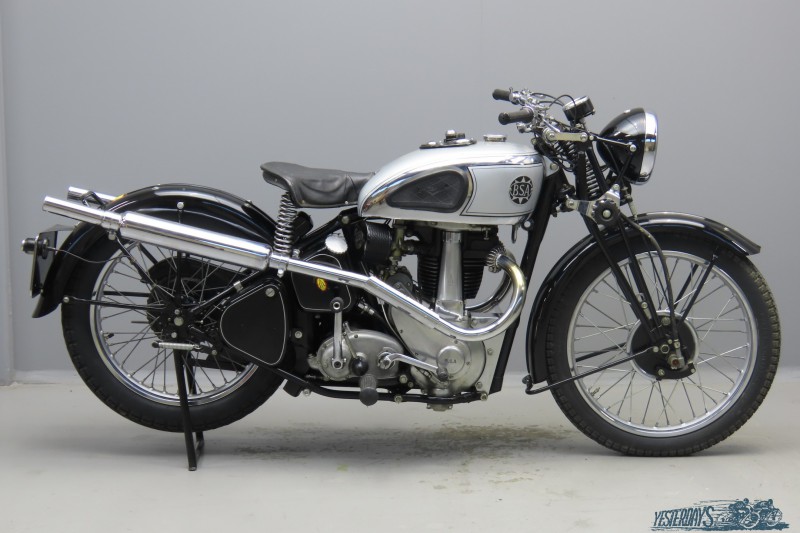 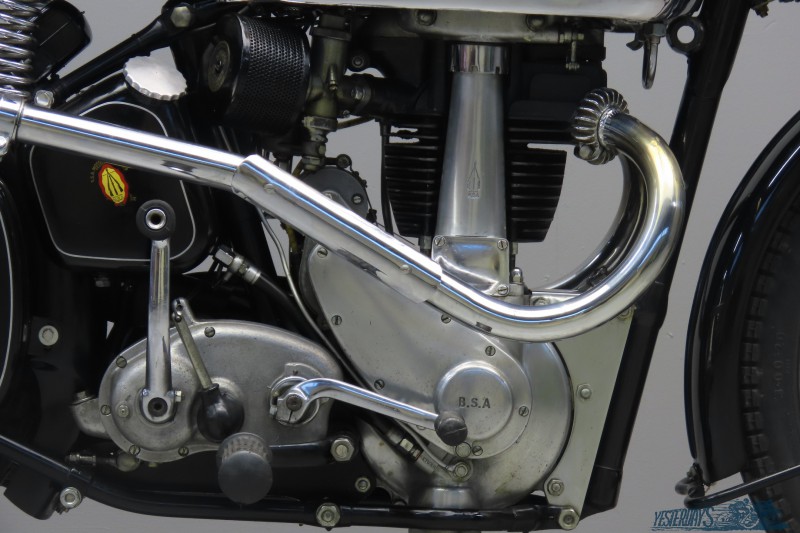 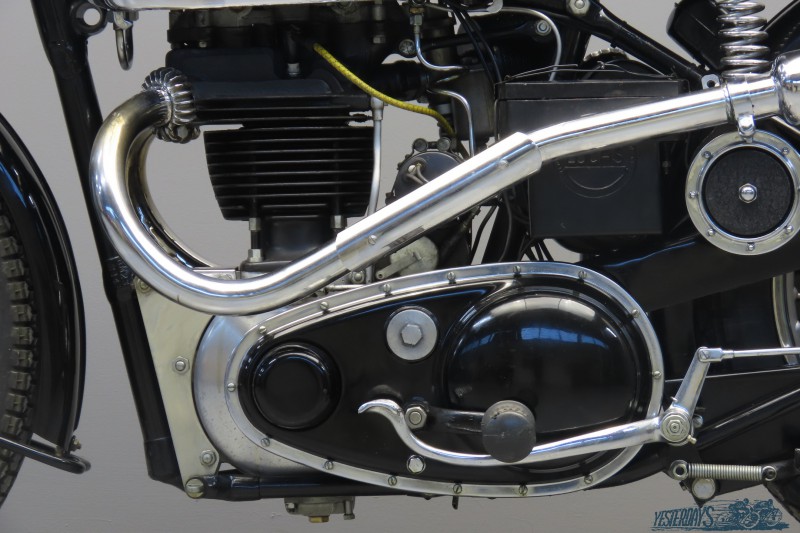 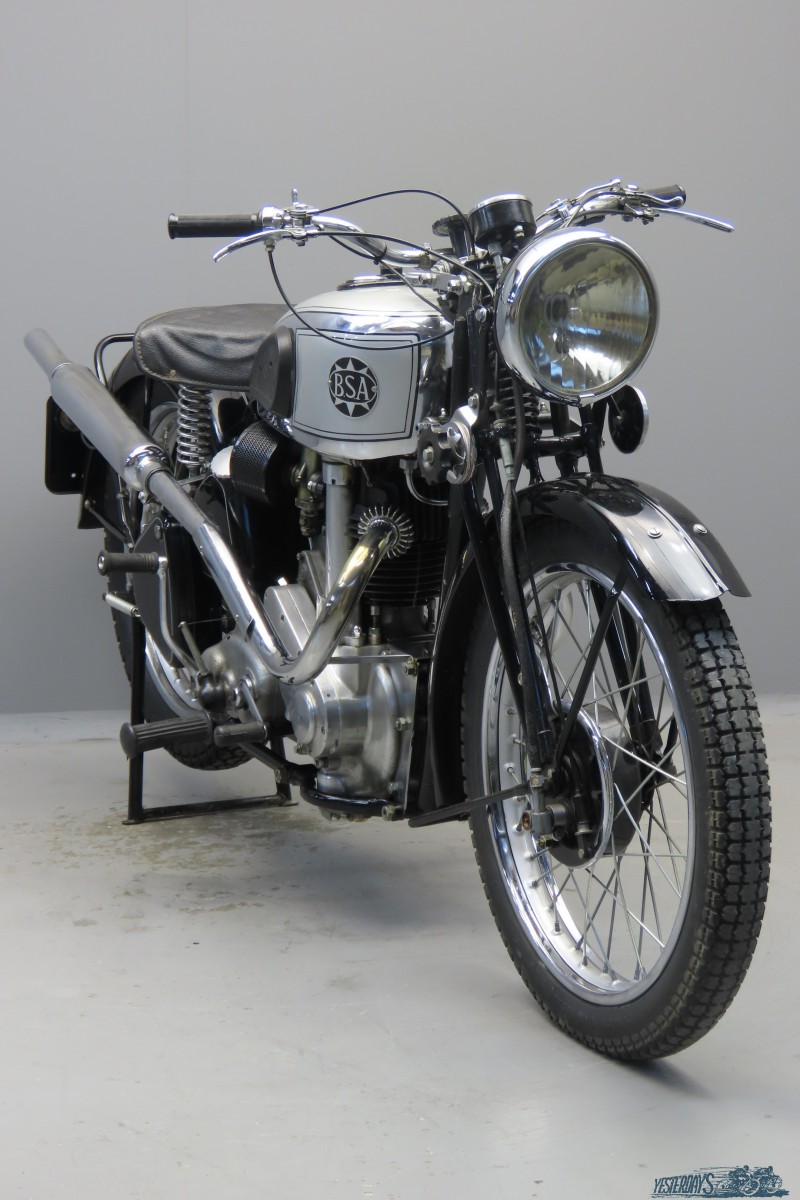 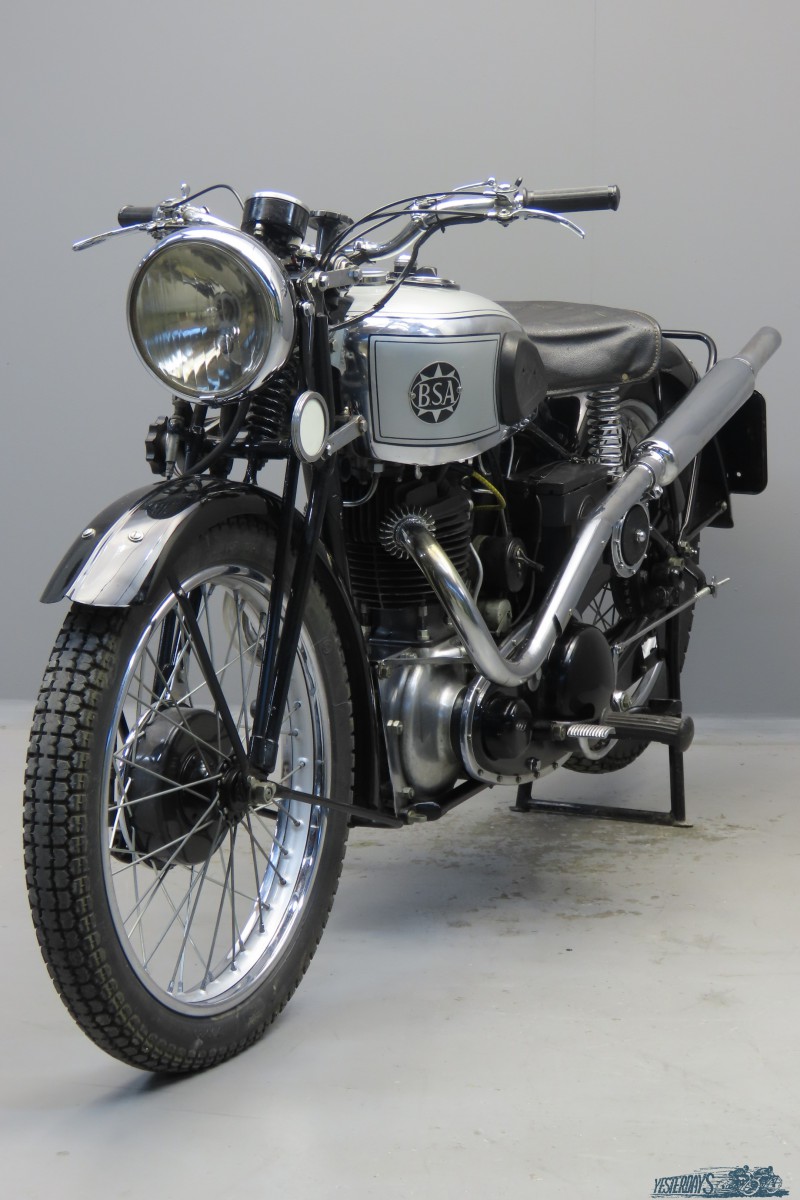 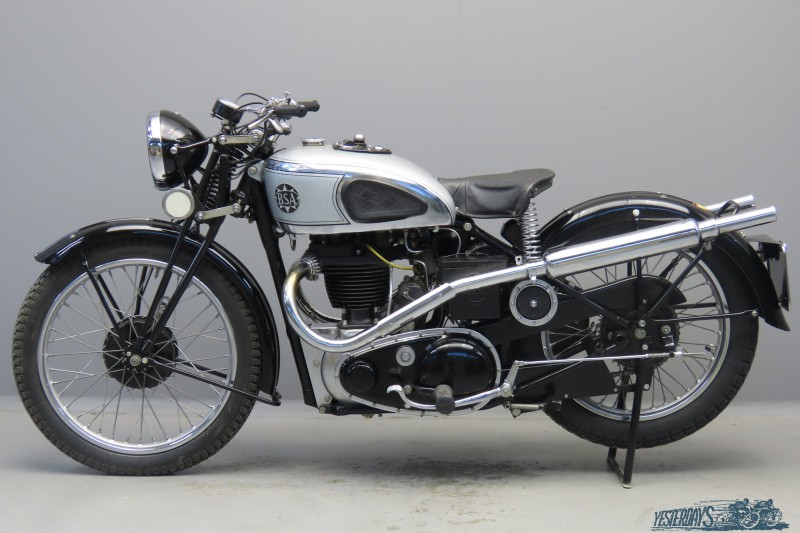 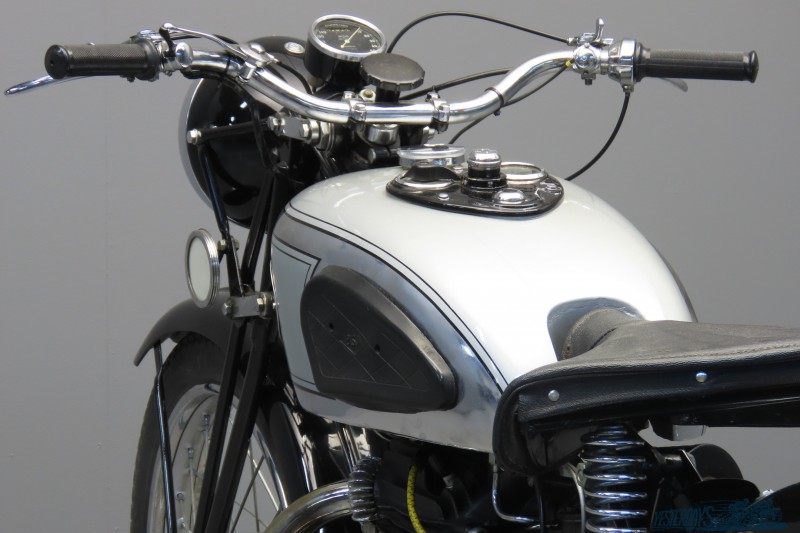 BSA 1939 M23 Silver Star 496 cc Two-port OHV frame # KM 23.284 engine # KM23.214
Responsible for the 1937 range of BSA machines was brilliant engineer Val Page. He reshaped the complicated system of machine types that had become confusingly diverse over the years. The 150 cc machine was dropped and all 250 cc and 350 cc models were catalogued in the “B” group, while all the other singles above 350 cc came into the “M” group. The V-twins formed the third group. So now the whole range was divided into only three groups. That is to say, the 750 cc v-twin was labeled the Y 13 and the 1000cc twin the G 14 and to make sure it would not become too transparent for the customers there was one 350 cc model that fell in the “M” group, the 350 cc OHV De Luxe M 19. Page replaced the forged backbone frame system with a fully brazed-up frame with one top tube. The crankcase sump was discontinued, the magdyno became rearward-mounted again and the valve gear enclosure was improved in such a way that for the first time there was a complete coverage for the whole of the overhead gear. The cylinders were air-hardened to reduce wear. For model year 1939 there were 3 models in the 500 cc ohv class that all had a four speed foot controlled gearbox. The M 22 was meant for both solo and sidecar work, the M 23 Silver Star was a sports machine with specially tuned engine and the M 24 Gold Star was the ultimate sportsman’s dream. All three had bore/stroke dimensions of 82×94 mm. This M 23 is equipped with the optional two port cylinder head and high level exhausts. In the tank top dashboard we find the amp gauge, light switch, and inspection light. The speed is registered by a Smiths Chronometric 140 km/h instrument. This goodlooking Silver Star has been restored and is a good runner.