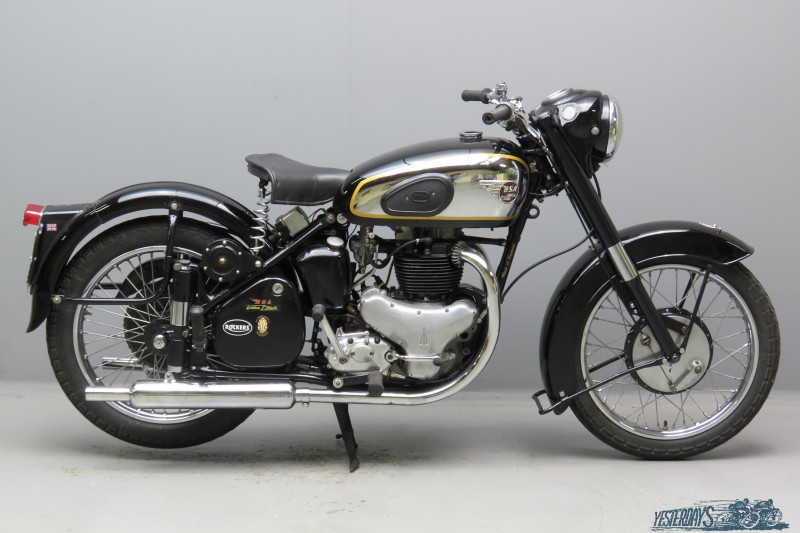 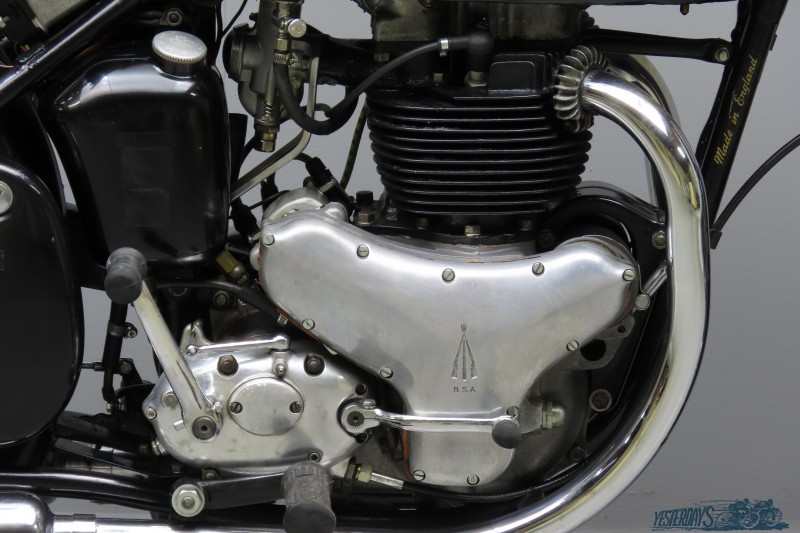 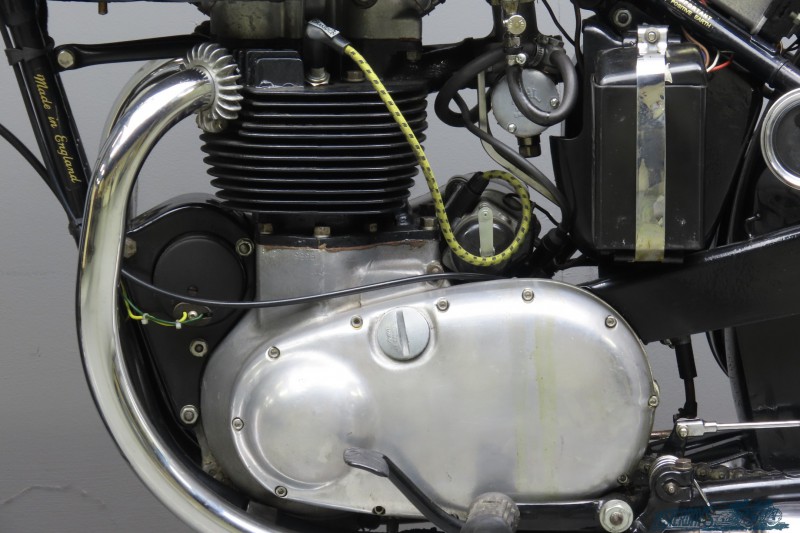 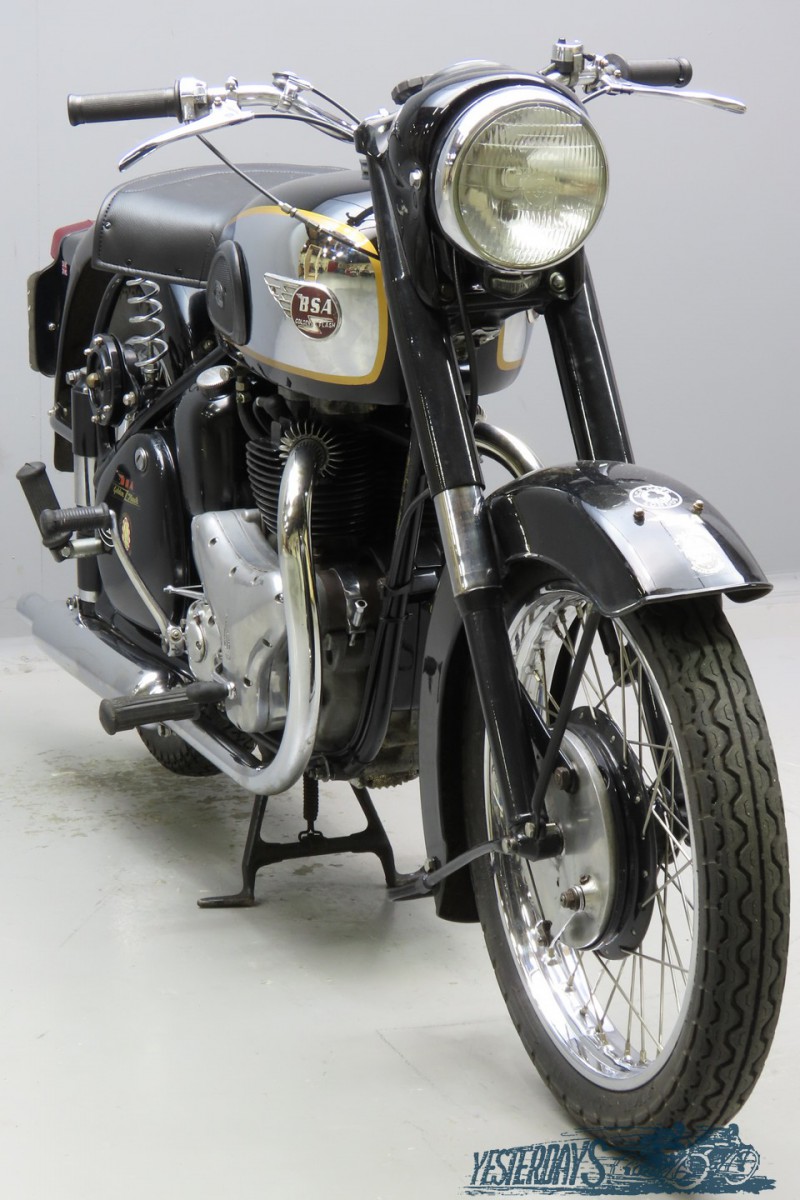 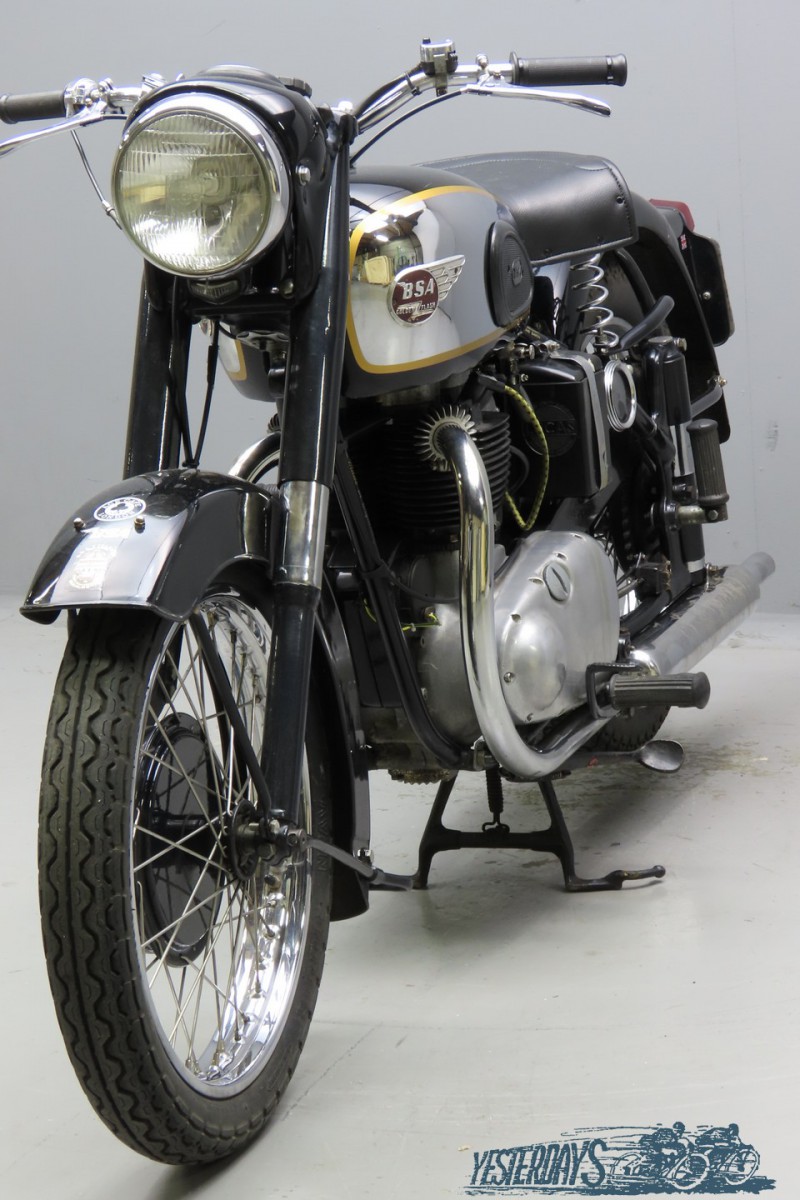 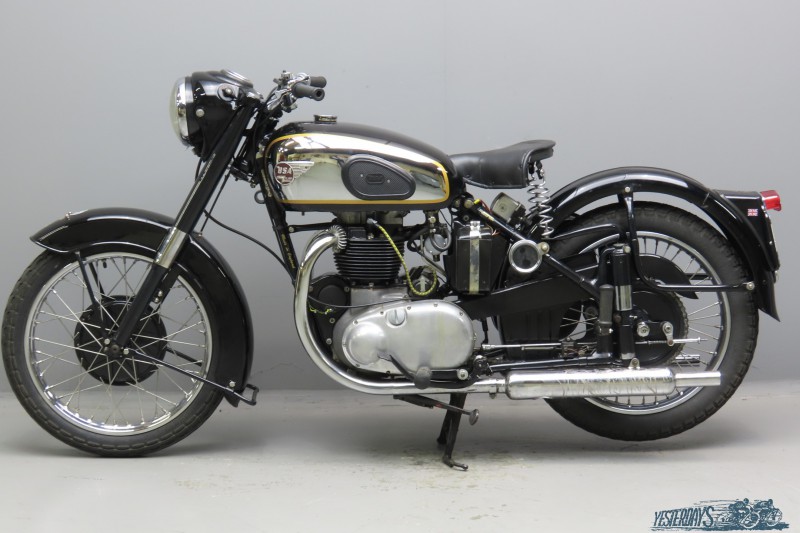 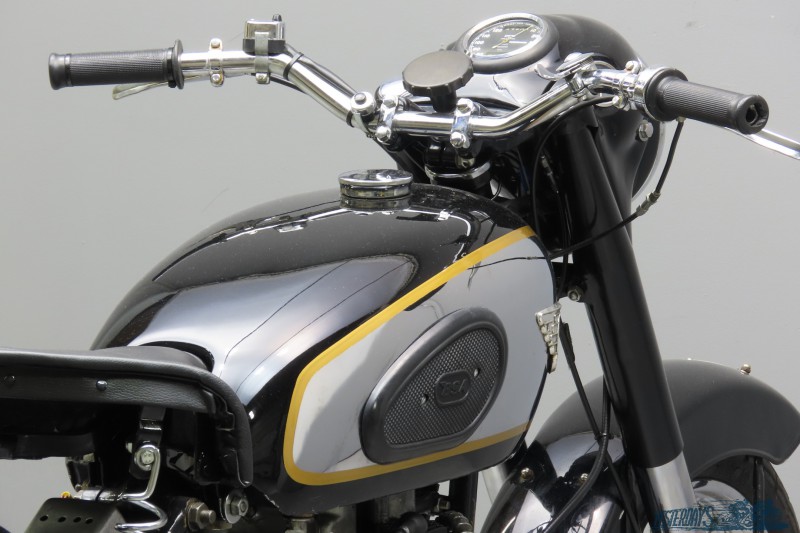 In 1937 Triumph had launched its successful Speed Twin.
BSA also started to develop a vertical twin in the years before the war; this model was to make its appearance in 1940 but by that time BSA got very much involved in the war effort and the launch of new models was postponed.
In September 1946 the new model became available as the A7; it was to be the first of a long line of powerful and reliable parallel twins that carried the Piled Arms trademark.
In 1950 BSA unveiled their plunger sprung 650cc A10 Golden Flash.
Finished in metallic gold, the ‘Flash was an instant hit; countless examples going for export, as new bikes in Britain were virtually still on-the-ration.
The engine of the 650cc pre-unit twin originated from a different design team than its 500cc sibling, the larger motor having input from brilliant designer Bert Hopwood, already responsible for Norton’s successful twin cylinder Dominator.
After the A10’s UK availability improved it became the UK’s most popular twin cylinder mount for sidecar drivers, thanks to its useful torque.
From 1954 A10s were fitted with BSA’s new swing-arm chassis, but the option of plunger rear suspension stayed available until 1958.
“Motorcycling” of January 2, 1958 published a road test of the Golden Flash.
The 70x84mm twin engine gave the A10 a top speed of 97mph @5,600 rpm according to the tester’s road report. It is praised as “a thoroughly good motorcycle” and the tester remarks “First Things first: to the solo man the now almost traditionally British vertical twin motorcycle with an 80-85 m.p.h. cruising speed, reasonable economy and high reliability is definitely epitomized in the current “Golden Flash”.”
The only slight criticism that was noted was the intensity of the front lamp beam: “” (…) at the high speeds which a machine of A10 calibre is capable with perfect safety, one sometimes feels the need for just a little more brilliance.”
Our Golden Flash is a road-registered older restoration in fine condition.
She comes with a practical prop stand that was listed as an extra.
The machine was first registered on July, 29th 1954 and, judging from the dealer plate on the rear mudguard, sold by Robert Bevan and Son from Castle Street in Cardiff.