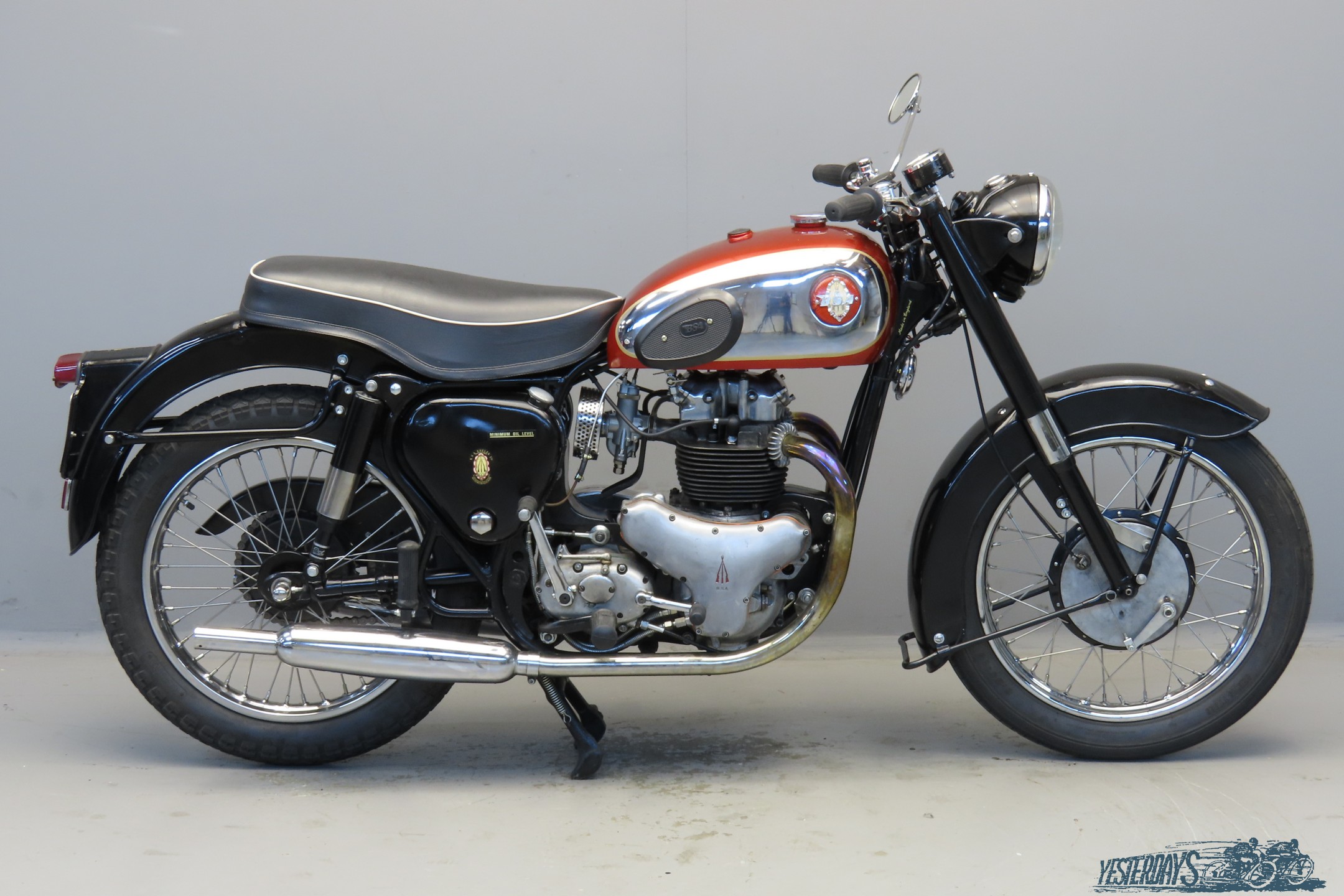 In 1937 Triumph had launched its Speed Twin which became a great success. BSA couldn’t stay behind so the company started to develop a vertical twin in the years before the war. This model was to make its appearance in 1940 but by that time BSA got very much involved in the war effort and the launch of new models was postponed. In September 1946 the new twin became available as the A7; it was to be the first of a long line of powerful and reliable parallel twins that carried the Piled Arms trademark.

The first A7 models had engine dimensions of 62x82mm and had a semi-unit construction: the gearbox was bolted to the back of the crankcase. Primary drive is by duplex chain, chain driven dynamo is in front of the cylinder block, gear driven magneto is positioned behind. Plunger rear suspension and swingarms were to replace the rigid end in years to come; in 1954 a swinging arm duplex frame was introduced as was a change in bore and stroke to 66×72.6mm to reach 497cc. The introduction of the new duplex frame meant that the original A7’s bolted-up gearbox had to go. Production ended in 1961.

The machine we present here has had an extensive make-over; frame and mudguards etc have been powder-coated, the petrol tank has been re-chromed and sprayed, wiring, control cables, wheel rims, spokes and tyres are new. Engine and gearbox have been thoroughly checked, sludge trap has been cleaned. The dynamo has been upgraded to 12V and ignition and voltage regulator are electronic. Other new parts include battery, 120mph Smiths speedo, Wassell buddy seat, carburettor, dampers and exhausts, rear shocks, return valve in oil pipe and chains. The clutch has been upgraded to a four-spring system. This good-looking BSA twin has been ridden for only about 400 miles since its rebuild and comes with current Dutch registration.