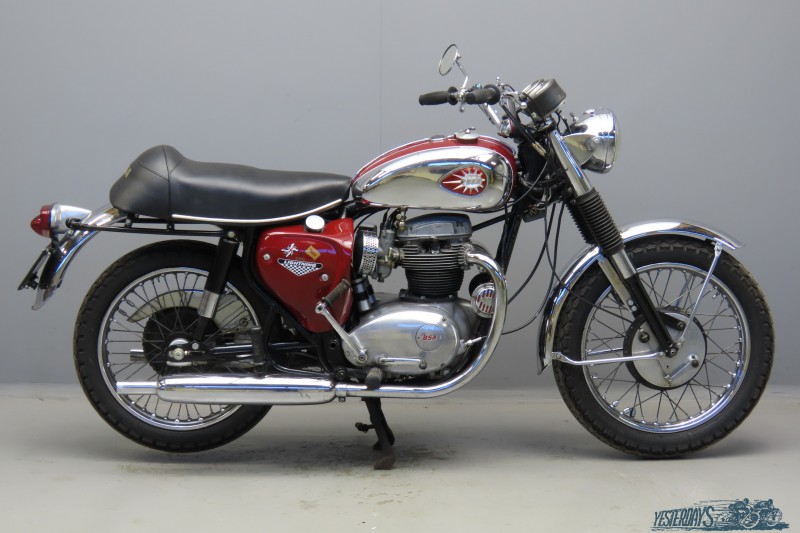 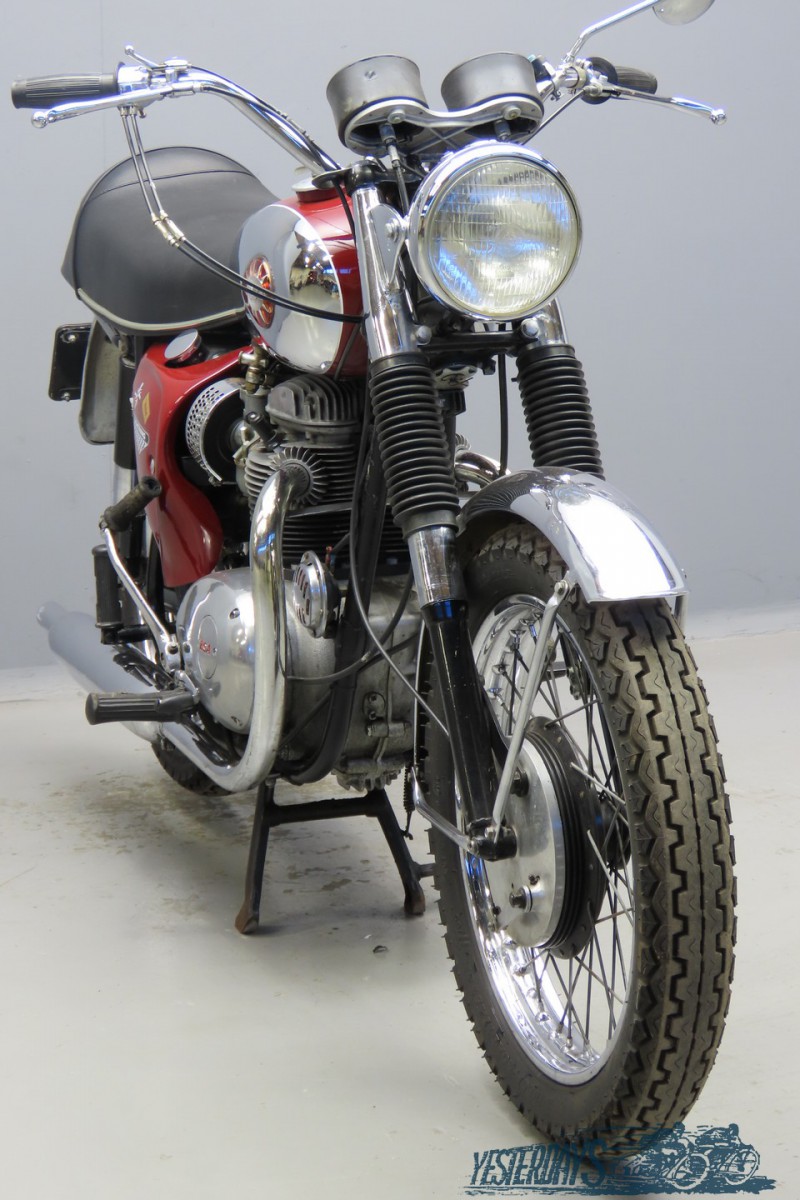 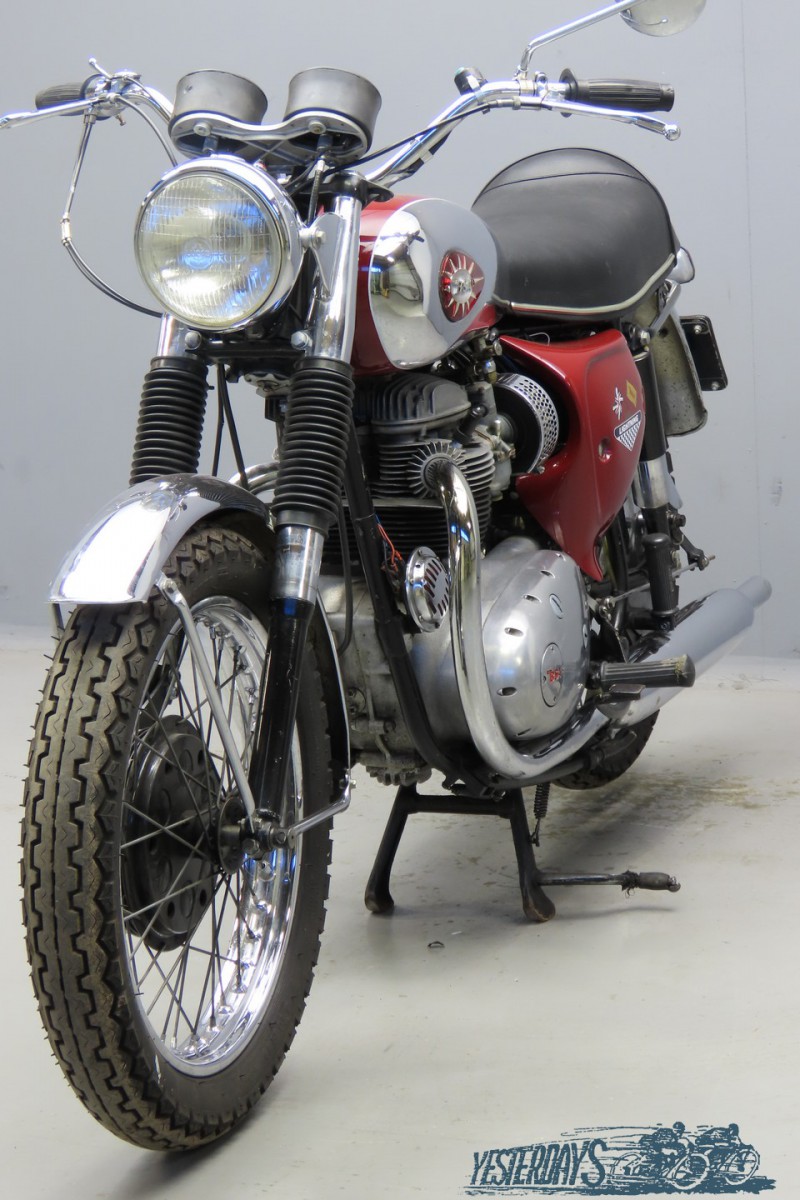 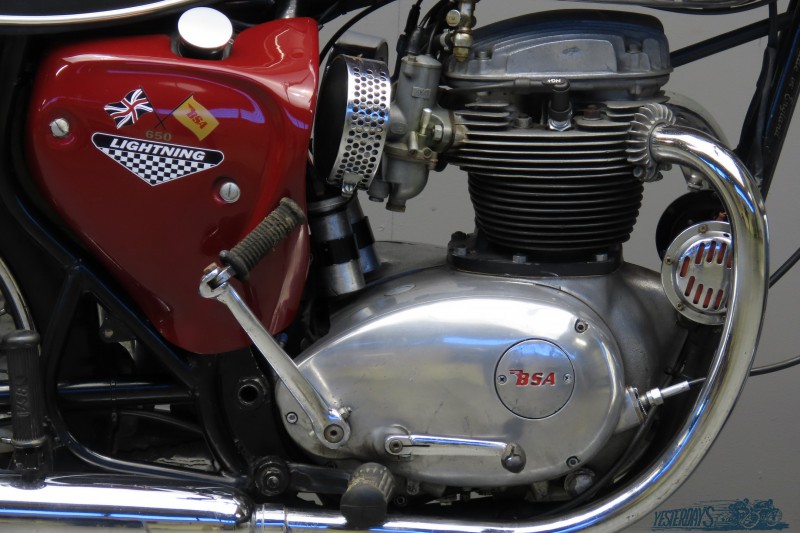 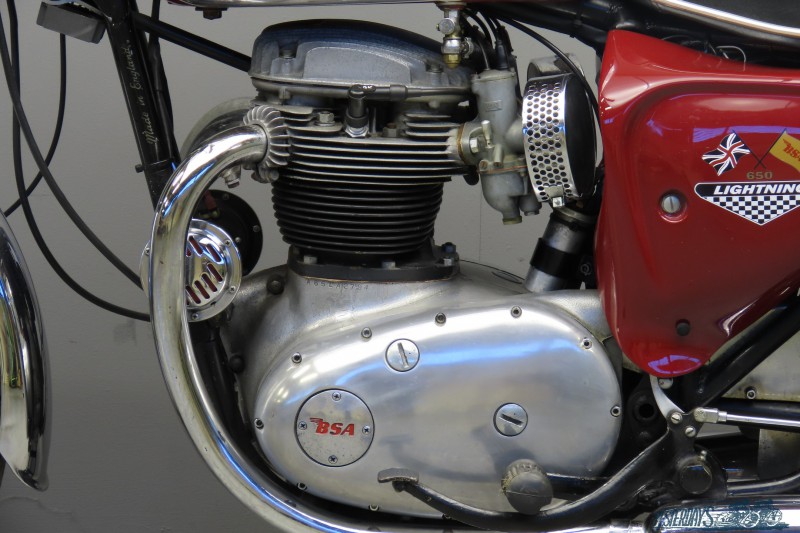 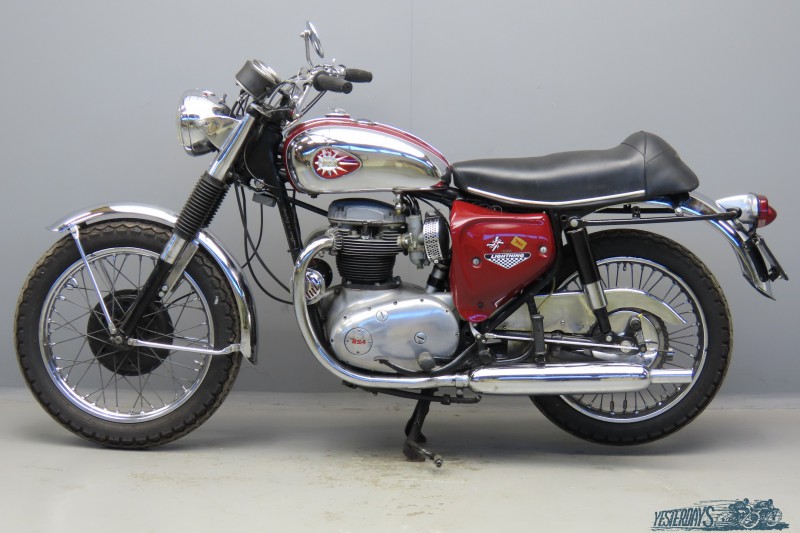 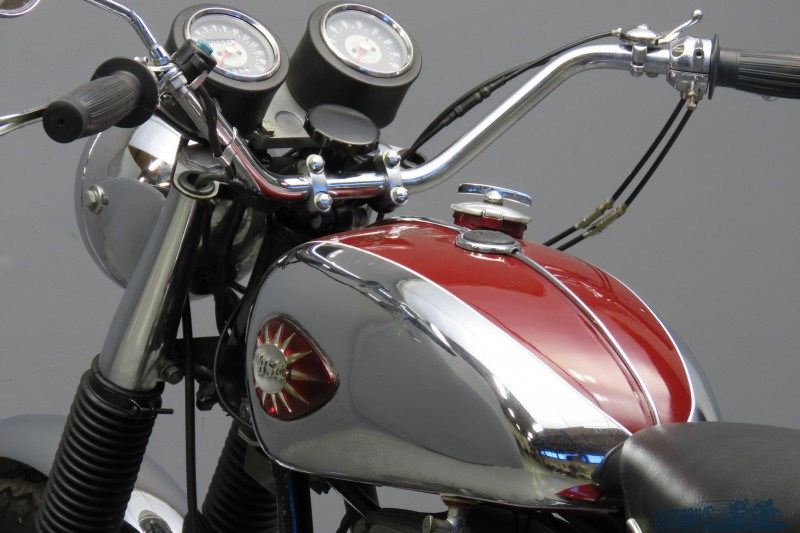 Early in 1962 BSA reveals two additions to the twin-cylinder range. They are named the A50 and A65 Star Twins. They are of new design and replace the long-standing A7 (500cc) and A 10 (650c) models.The new designs have engine-gear unit construction with triplex chain primary drive and 12 v Lucas AC/DC electrical equipment. Further features include a one-piece, diecast light alloy cylinder head and for both models common stroke measurements of 74 mm. The A 50 bore is 65.5 mm, the A65 has a 74 mm bore. The frame is also new: an all-welded, duplex loop frame with Girling spring units. In 1967 the A65 is offered in “Thunderbolt”, “Lightning” and “Spitfire Mk III Special” versions: the Thunderbolt has a single Amal carburettor, both other versions of the A65 have twin carbs. The Spitfire is the fastest type: it features a specially tuned engine with racing 10:1 compression pistons, racing front brake, glass fibre petrol tank and “dozens of other special features” as the sales folder puts it. The Lightning is described as “most wanted sports model anywhere”, not a very modest description indeed but then again, modesty is not a common feature in sales literature of course. The Lightning has a maximum power output of 55hp @ 7,000rpm, with a compression ratio of 9:1. The machine weighs some 185 kg and has a petrol tank capacity of 18 litres. We offer here a well running and road-registered example of this famous British classic Sports model.