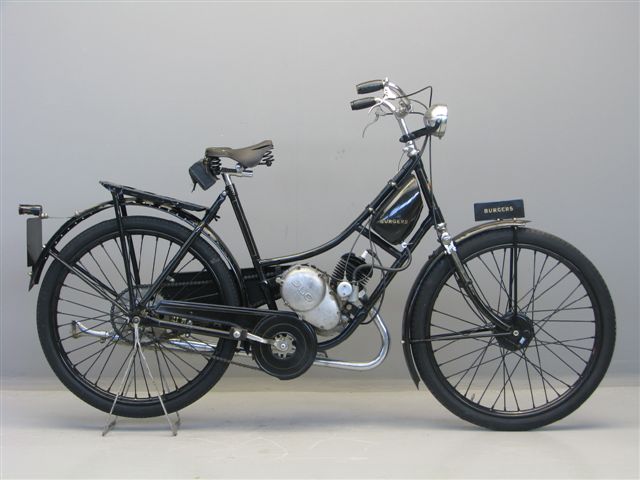 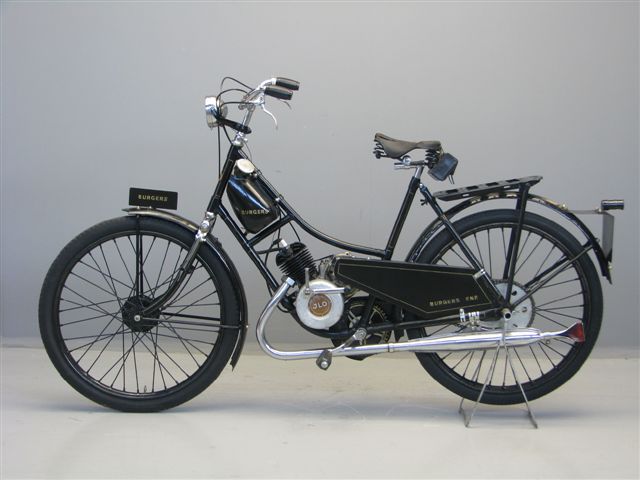 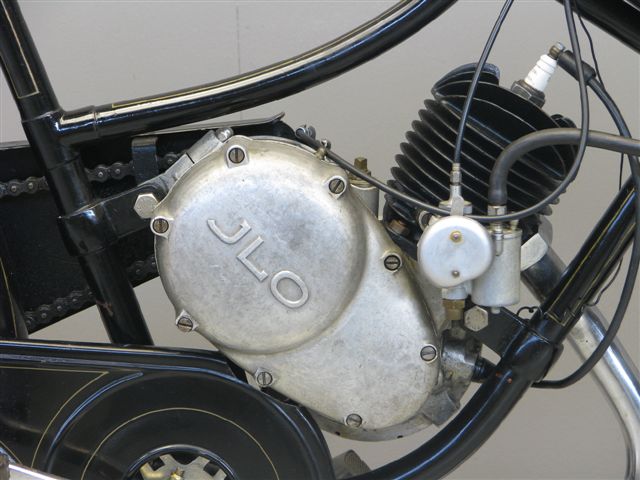 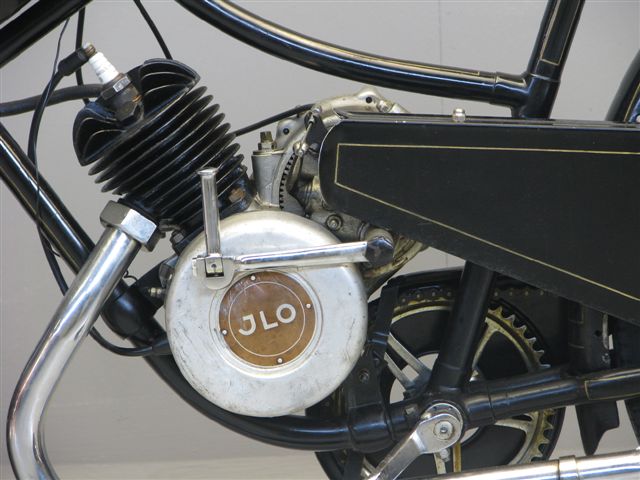 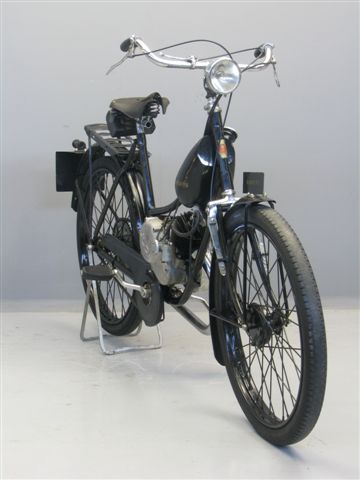 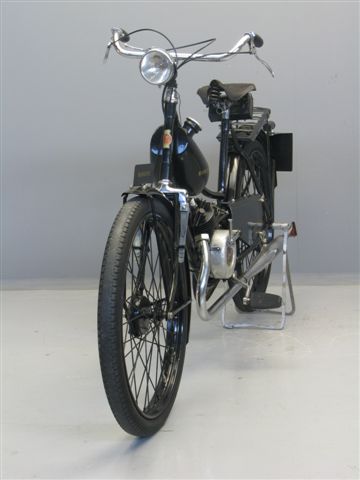 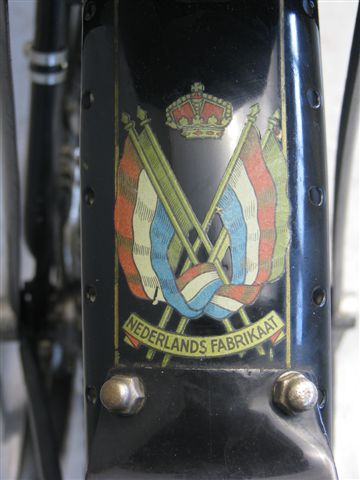 In the depression years light motorcycles became more and more popular and a number of Dutch  bicycle and motorcycle manufacturers tried to bridge the gap between the light motorcycle and the bicycle by marketing motorised bicycles.
From about 1932 these lightweights were equipped with heavier frames and sprung forks but were still pedal-assisted, as the law required. In the course of 1934 a change in taxation brought the motorized bicycle in the same class as the light motorcycle and this ended its popularity to a great extent.
This ladies’ model has been well restored. It was manufactured by the venerable firm of Burgers, who were the oldest Dutch bicycle manufacturers, the company being established in 1869.
From the end of the 19th century motorcycles were also manufactured, be it irregularly and in small numbers.