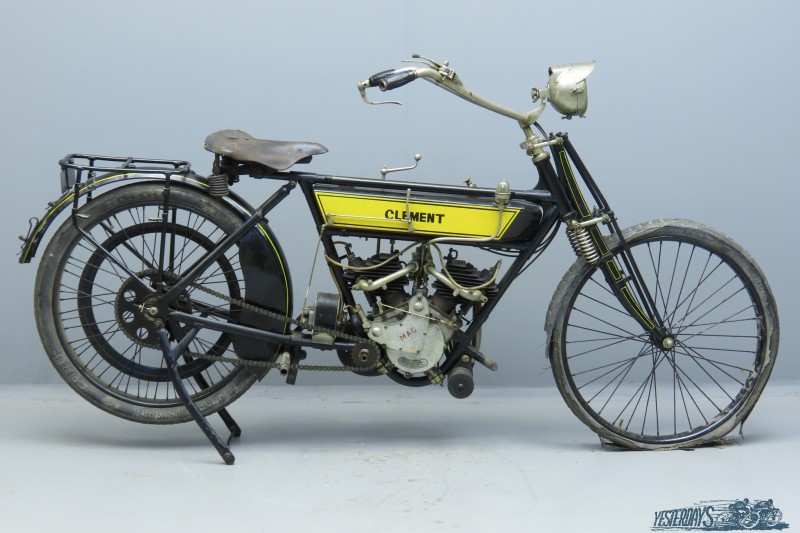 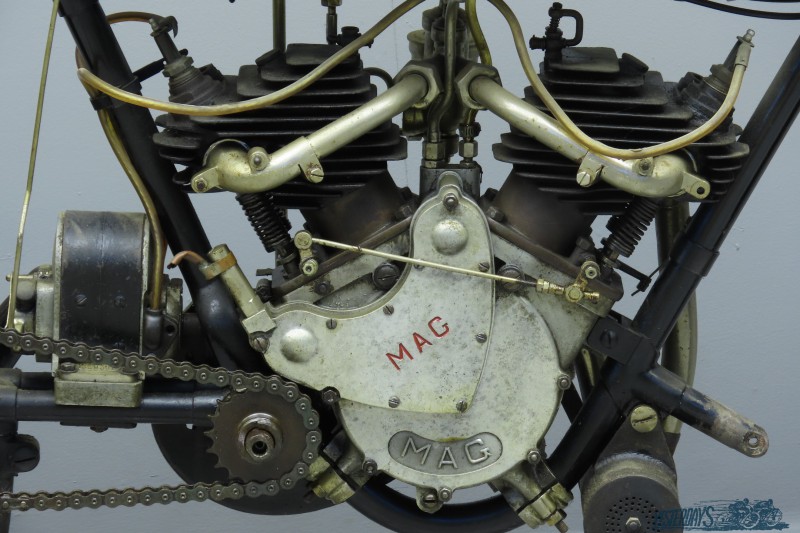 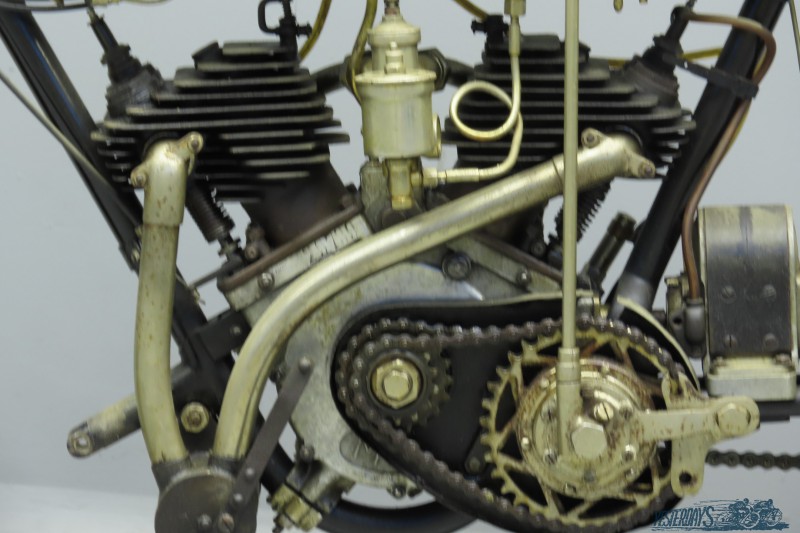 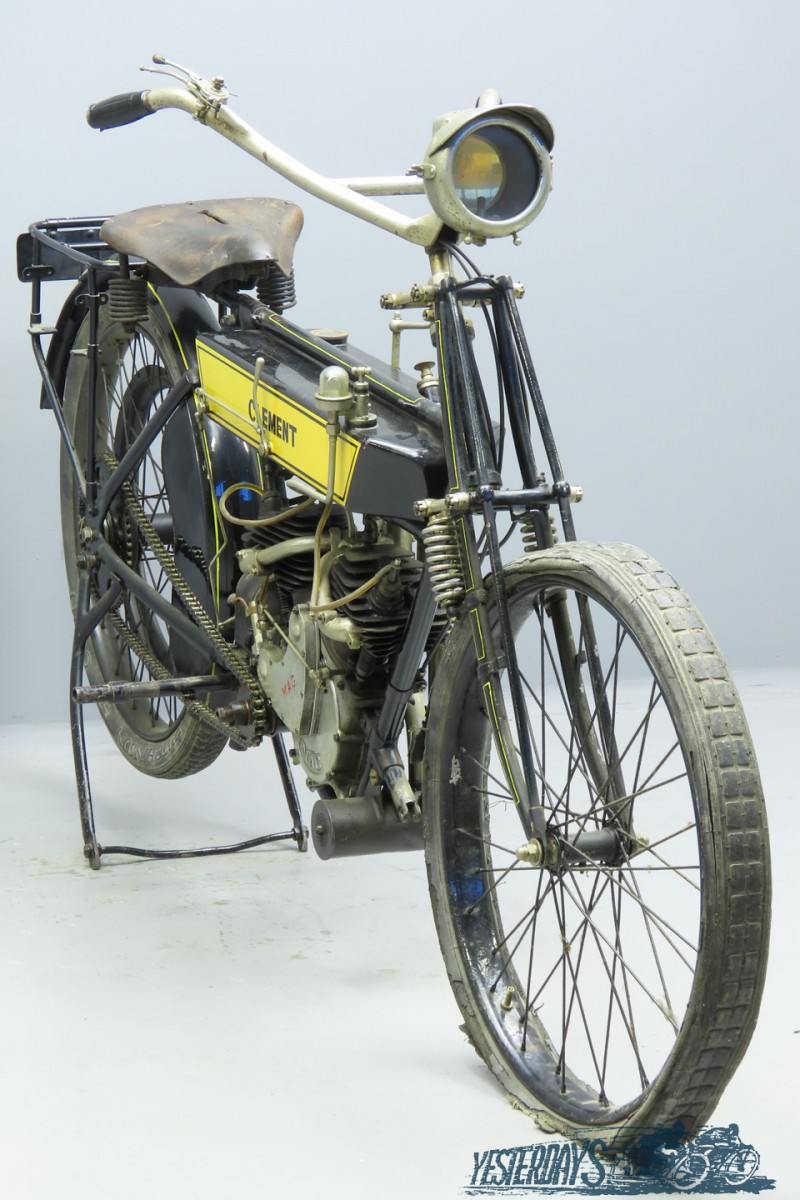 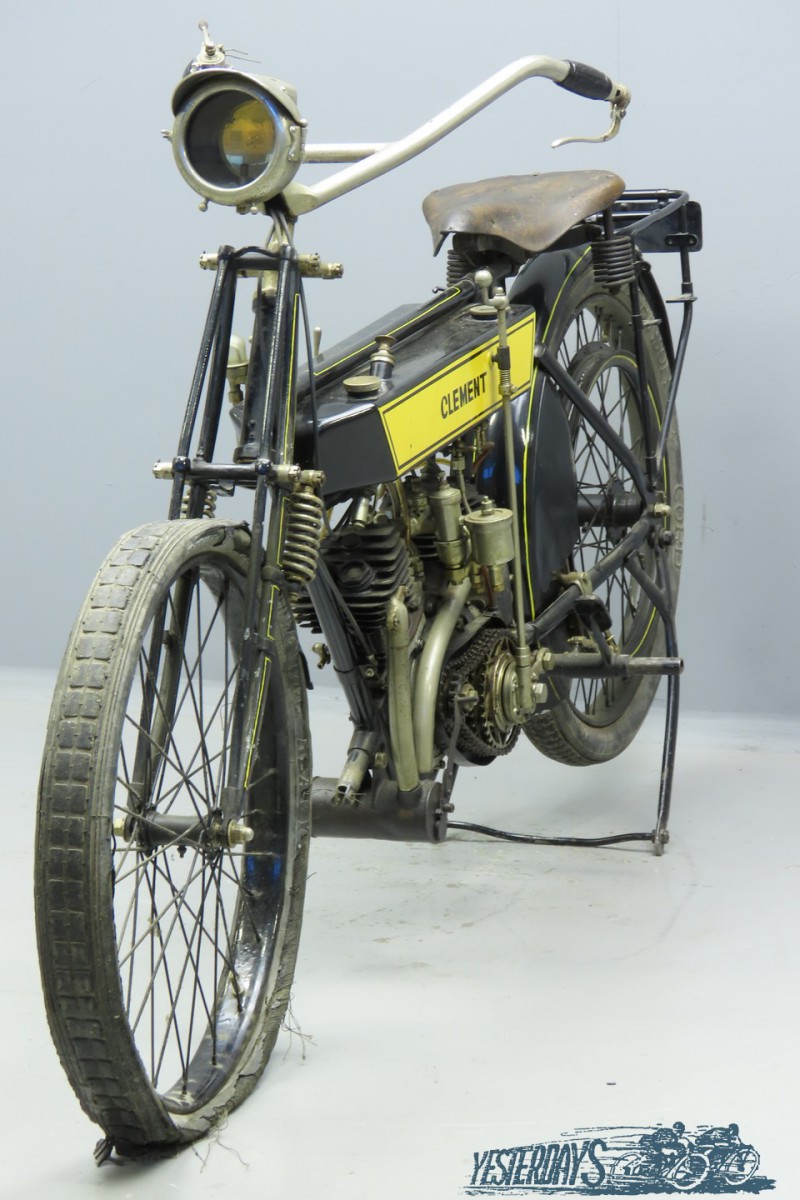 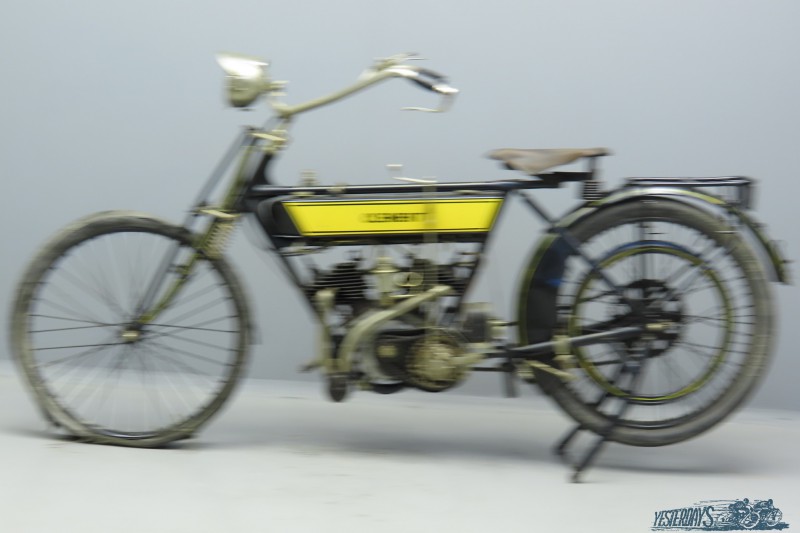 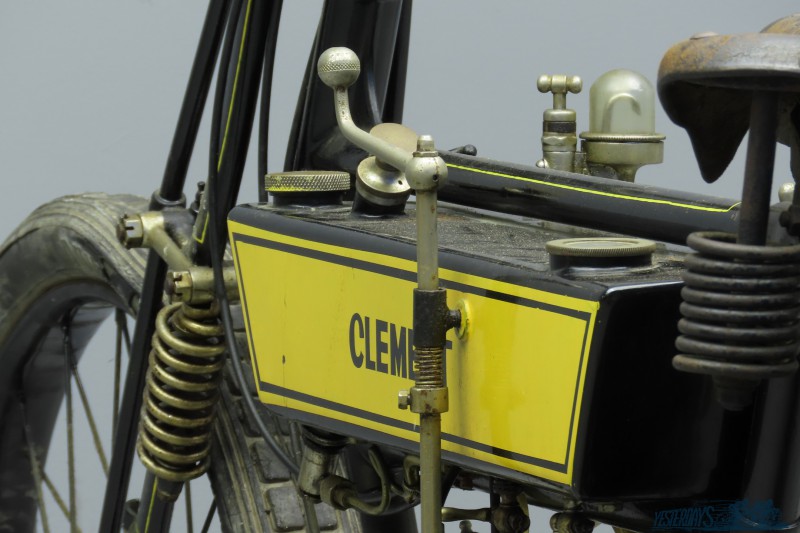 Already in the 1890s British investors had acquired an important financial interest in th Adolphe Clement’s Clément, Gladiator and Humber-France conglomerate, that operated under the “Clediaber” trade name.
In October 1903 it was announced that Adolphe Clément had parted from the Clément-Gladiator company; from then on the company was fully controlled by British investors.
After 1905 motorcycle production was suspended for a number of years but by the end of 1911 new models were introduced that generated considerable interest.
Lightweight v-twins were becoming popular in Britain, especially the Motosacoche-powered Royal Enfields were in great demand.
The Clediaber firm decided to bring out 2¾ HP and 4 HP Clement and Gladiator v- twins that were very much designed along British lines and were more luxurious than the average French motorcycle.
The new Cléments were very successful in races.
A notable feat was the victory in the 350 cc class of the 1913 French Grand Prix.
The race was won by Greame Fenton, an Englishman who had lived for many years in France because his father was a manager of the Clément-Gladiator company.
Fenton was faster than a number of 500 cc machines but lost the chain of his high speed gear 5 miles before the finish.
He went ahead on low gear, which still gave a top speed of 45 mph.
The machine on offer has been dry stored for decades and it appears someone has made a start restoring it, probably many years ago.
The engine turns over but the machine’s mechanical condition is not known. Some parts are missing, the most obvious being the front mudguard, foot boards and front and rear chain covers.
A French Besnard acetylene front lamp is fitted. We present this well-built Clément with practical Enfield 2-speed gear and quality MAG v-twin engine as a rewarding restoration project.