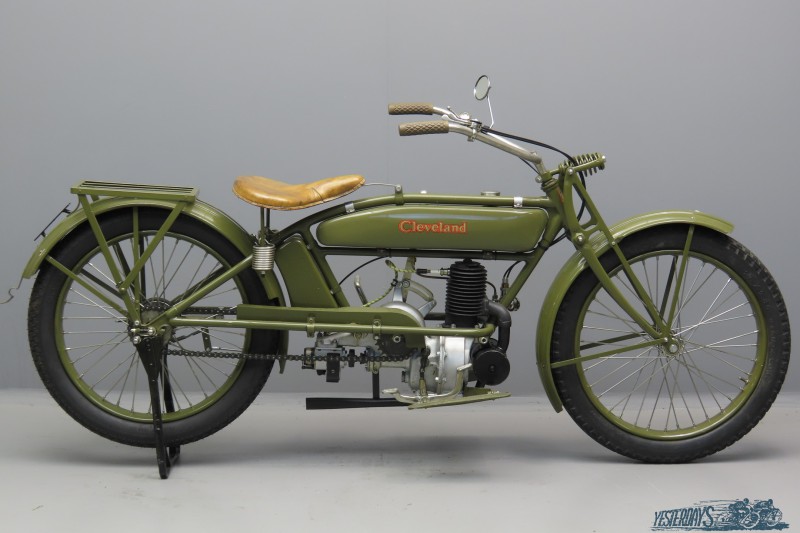 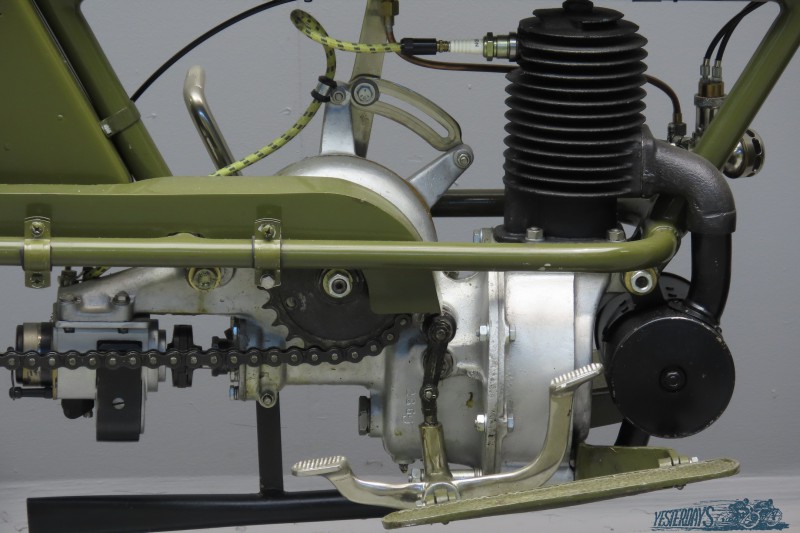 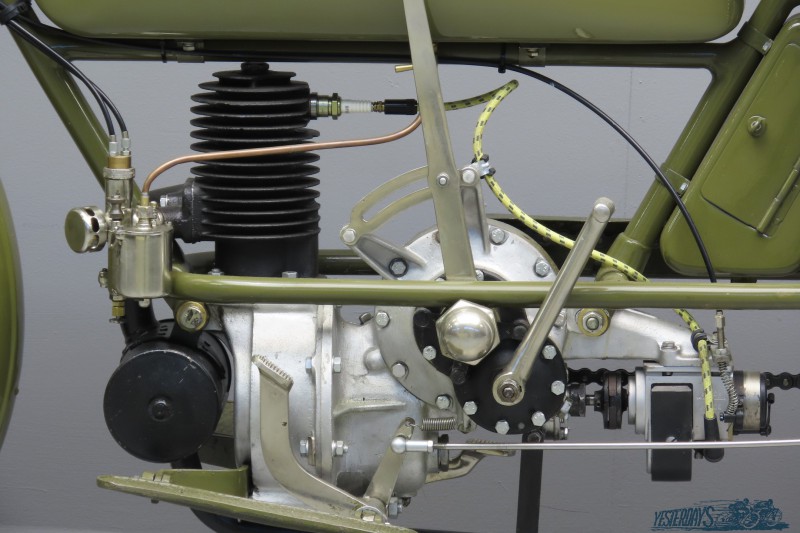 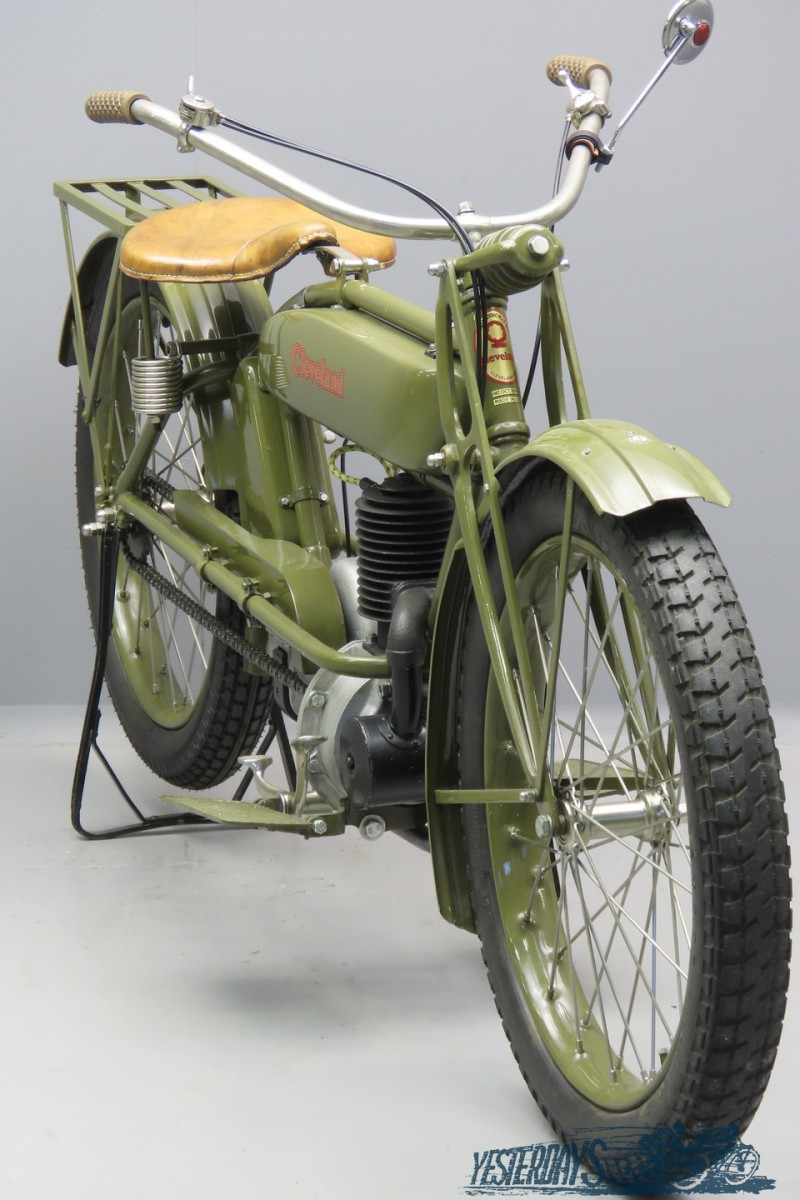 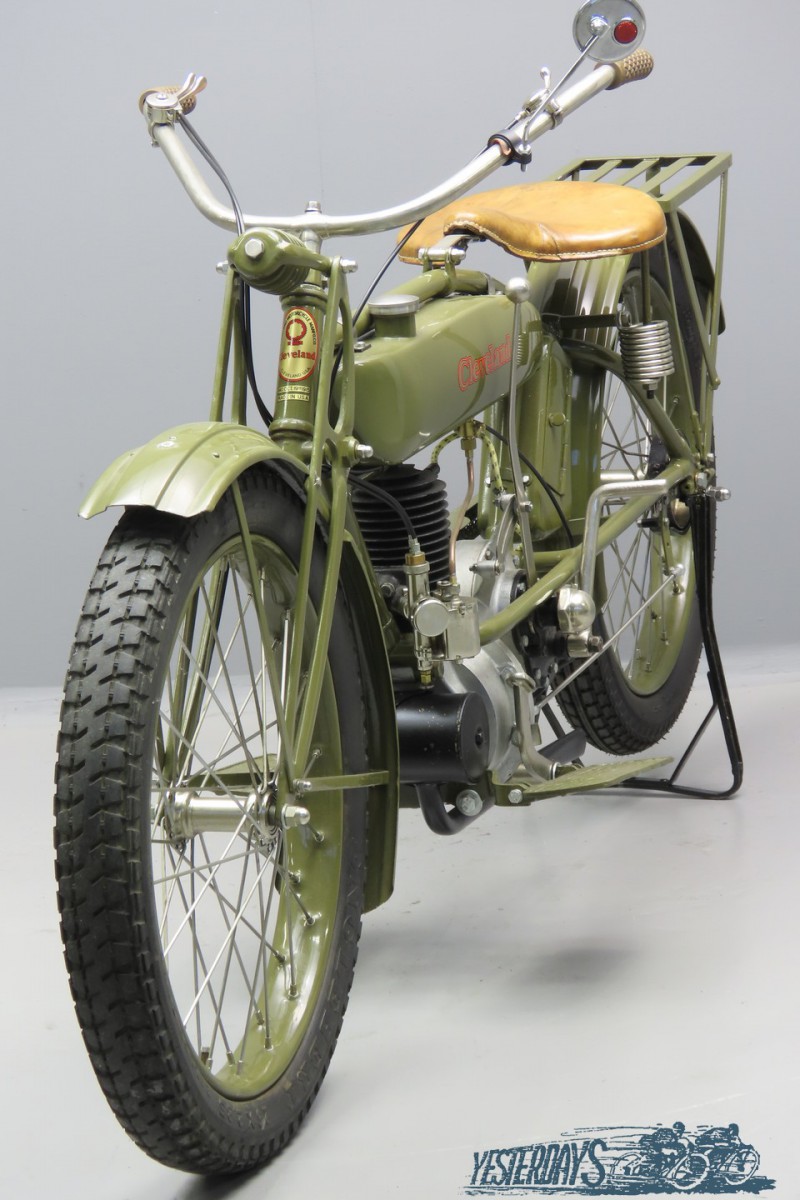 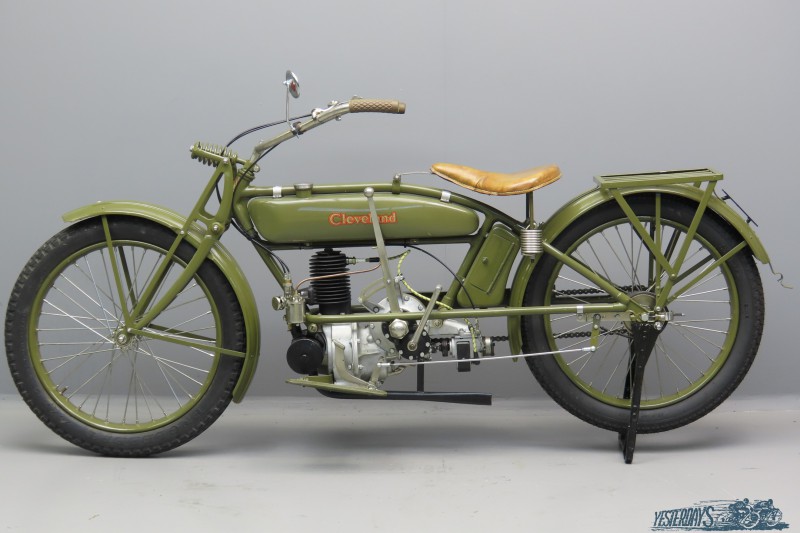 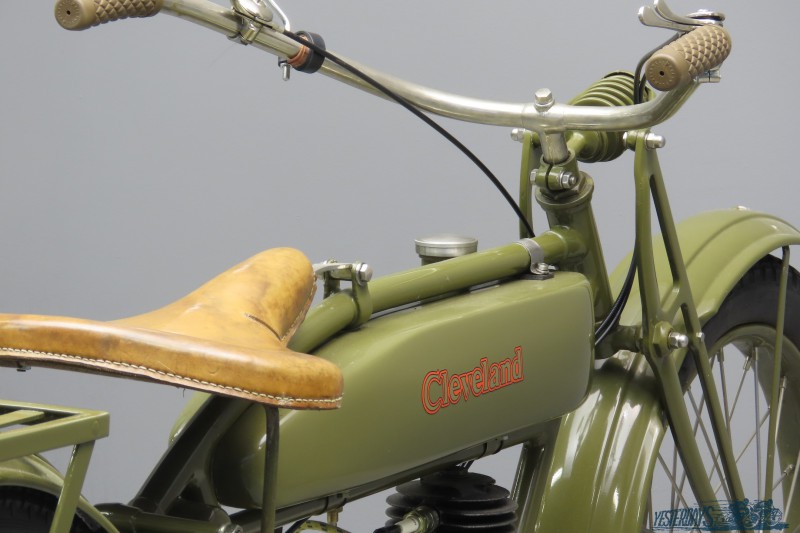 The Cleveland Motorcycle manufacturing Company of Ohio built motorcycles between 1915 and 1929.
It all started with a simple, light two stroke which was mounted transversely in the frame.
The machine became popular because of its light weight, its practical nature and of course its modest price. Clevelands set several endurance records and were often winners in the lightweight class of races.
The engine was coupled to a two speed gearbox and the magneto was positioned at the end of the very long engine shaft, past the rear down tube. In 1920 the frame was strengthened; an extra tube was added under the petrol/oil tank and the cylindrical tank of the earlier models was changed  for a tapered type.
Footboards were also added and the mudguards became wider. In 1921 more weight was added and consequently the engine power was  raised by  bringing the capacity to 270 cc. In 1923 a  version was offered with battery and electric lights. In 1925 two stroke production was discontinued and the company marketed a 350 cc four stroke.
This was not a success, and the step was taken to design a four cylinder machine.
But that’s another story…

The first endurance record with the lightweight Cleveland was set  by George Austin from  Seattle. Weighing  almost 100 kg George himself was no lightweight, but in November 1917 he managed to set a 24-hour record of 872 km in bad weather, darkness and  under appalling road conditions.
His reliable Cleveland didn’t miss a beat and averaged almost 35 km per litre.

The big handle on the left of the machine doesn’t control the gears, but the clutch.
For changing gear you must use the  small foot pedal on the right.
The Cleveland is a practical machine for vintage club runs: it weighs but 80 kg and can attain a comfortable cruising speed of more than 50 km.
This well-restored example is in fine condition .