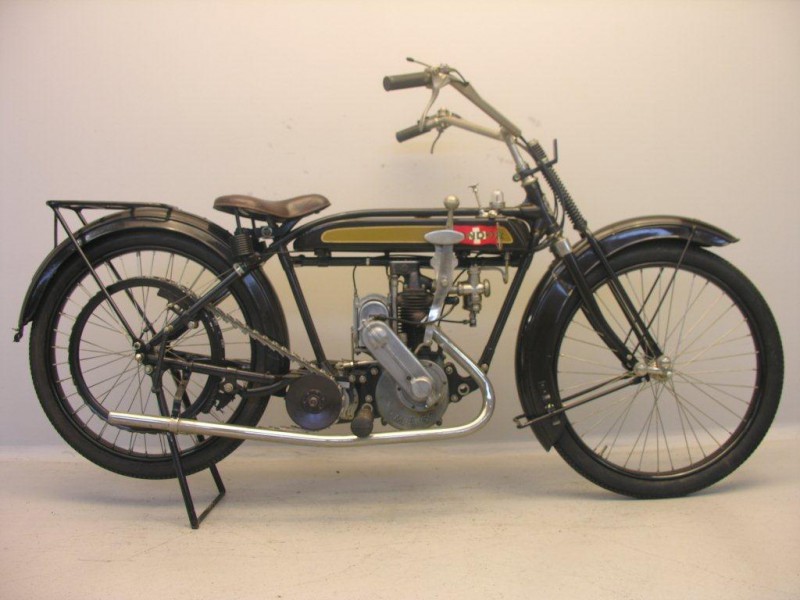 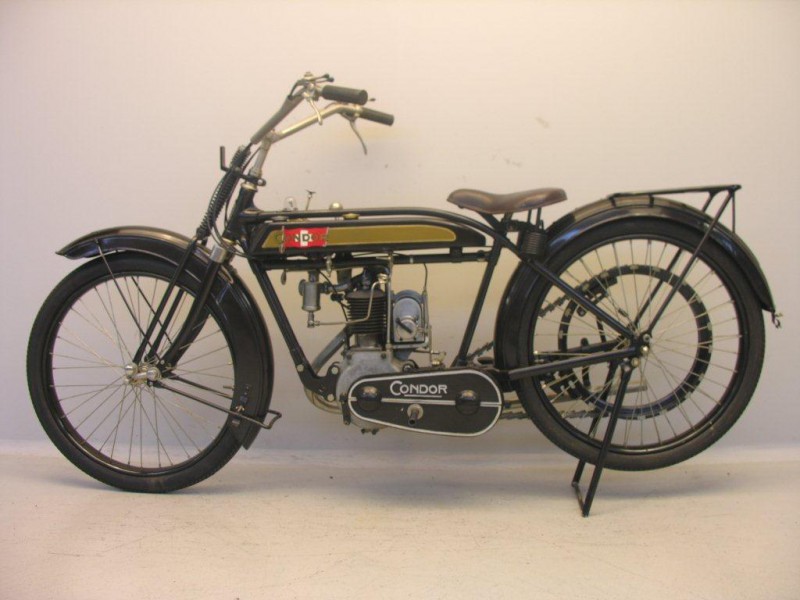 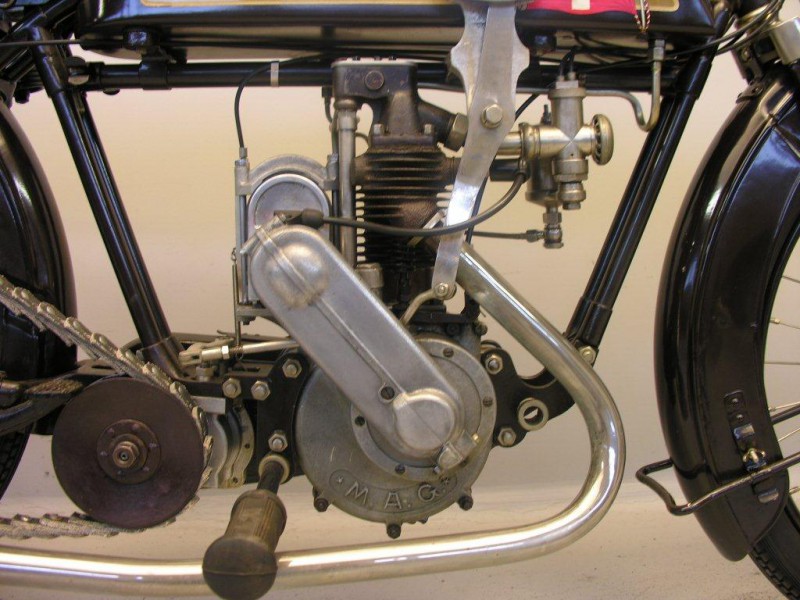 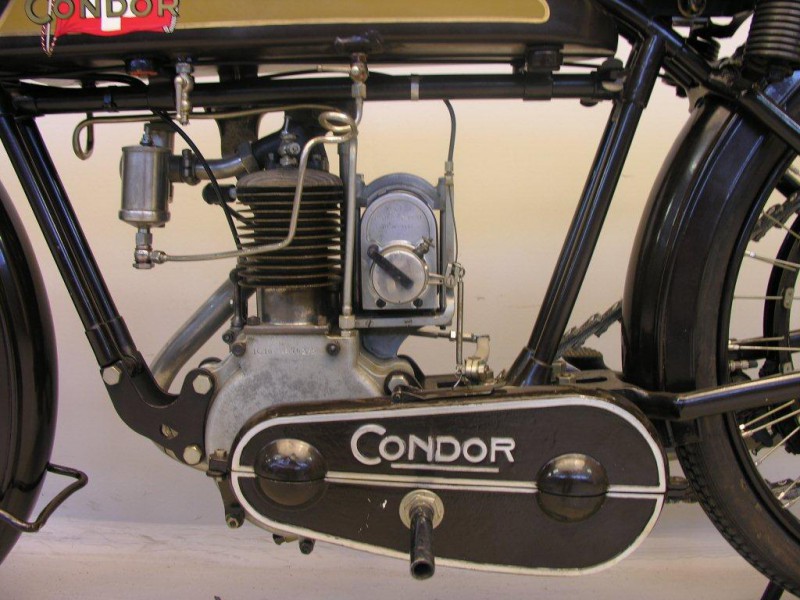 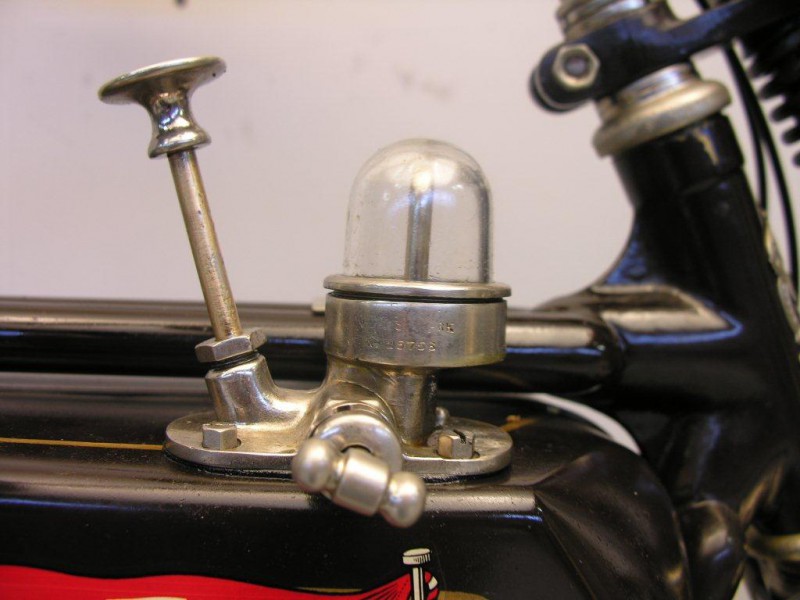 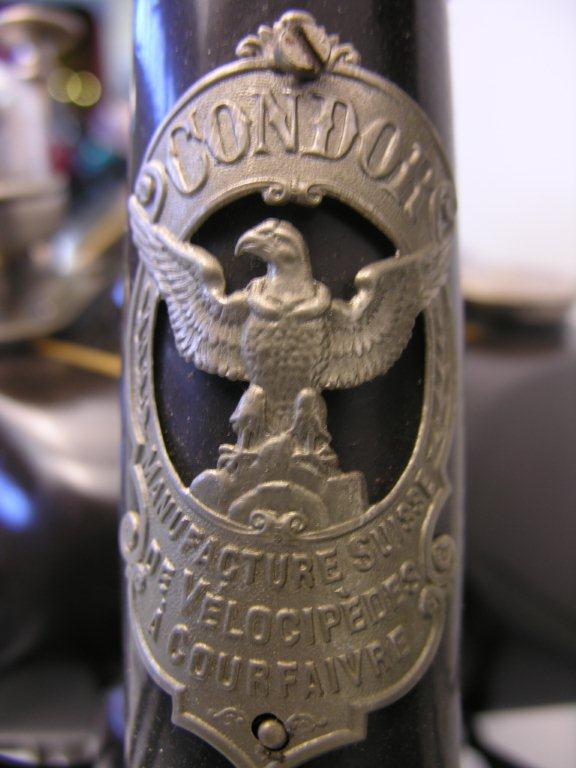 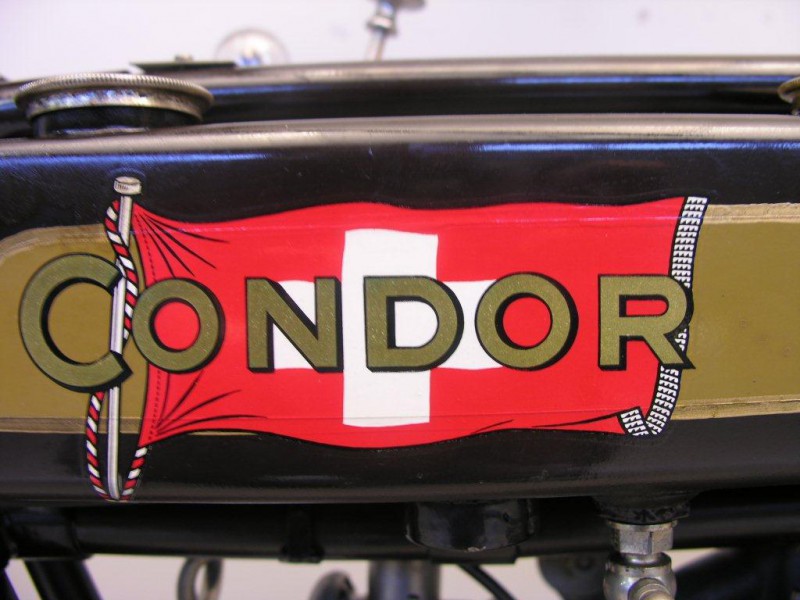 Condor, based in Courfaivre, was together with Motosacoche  the leading motorcycle manufacturer of Switzerland. }
The company started making bicycles in 1893. Founders were Eduard and Jules Scheffer.
Responsible for the motorcycle side of the company was  Otto Fricker, who became the son in law of  Eduard Scheffer.
Fricker  produced  his first motorcycle in 1901.
Condor used a number of different engines: in the beginning mainly Zedel, Motosacoche and Moser and later also Villiers.
This light vintage machine has a two speed gearbox,  aluminium primary drive cover and AMAC carburettor.
Secondary drive is by belt.
This charming Swiss machine is well restored.