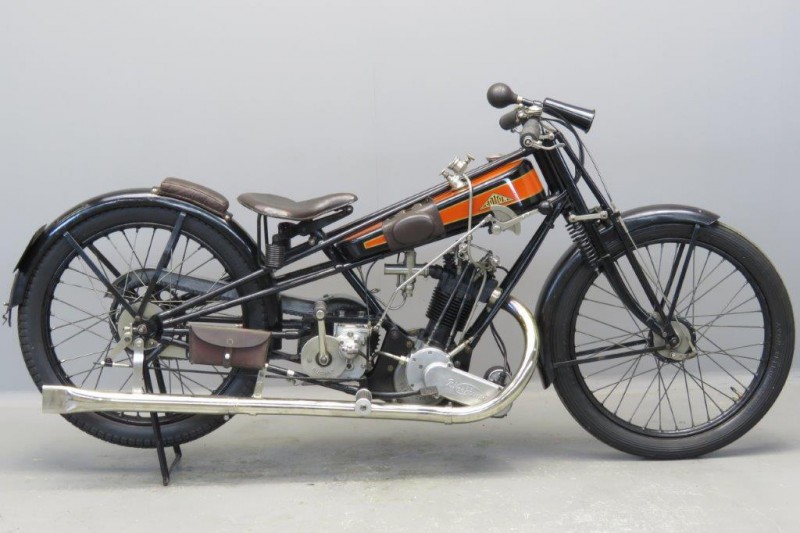 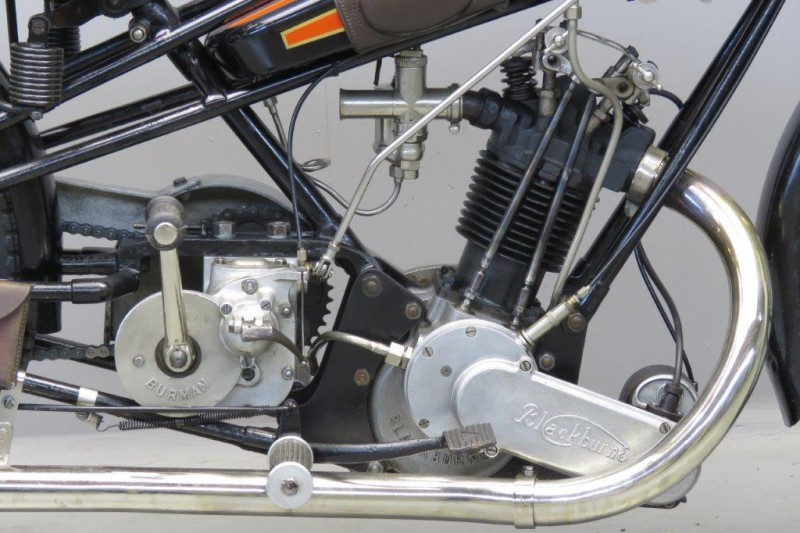 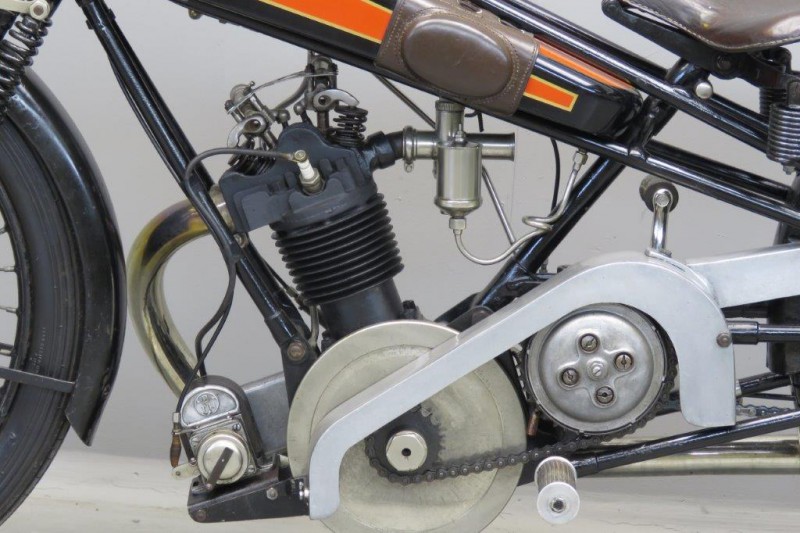 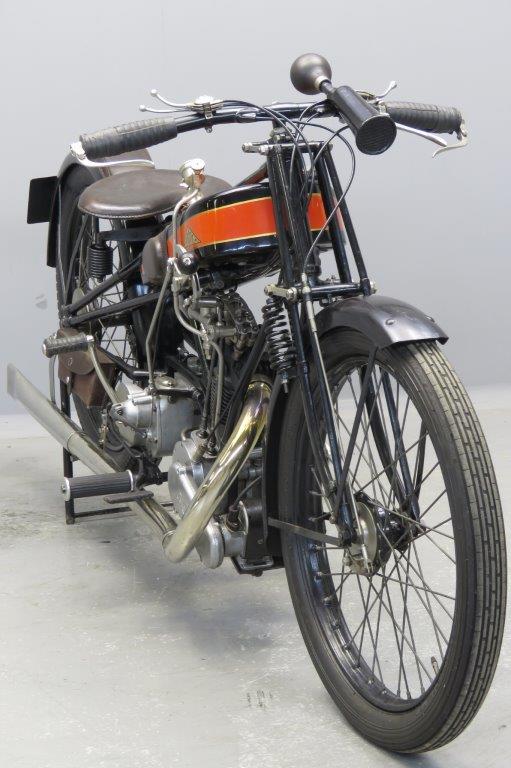 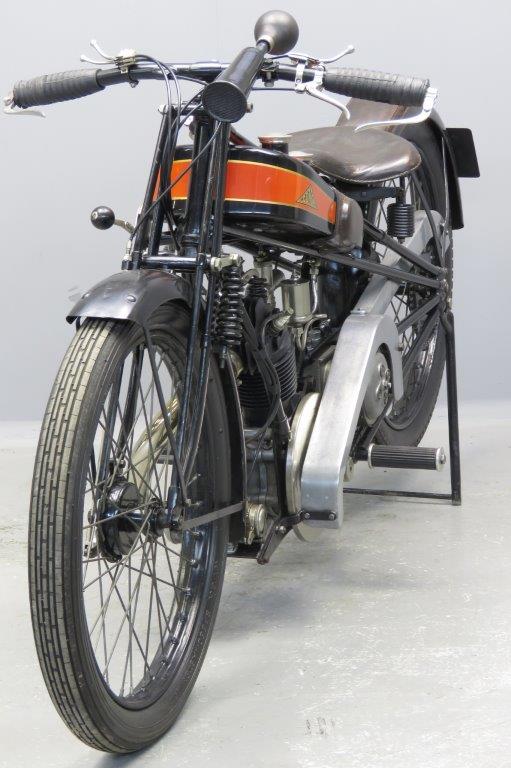 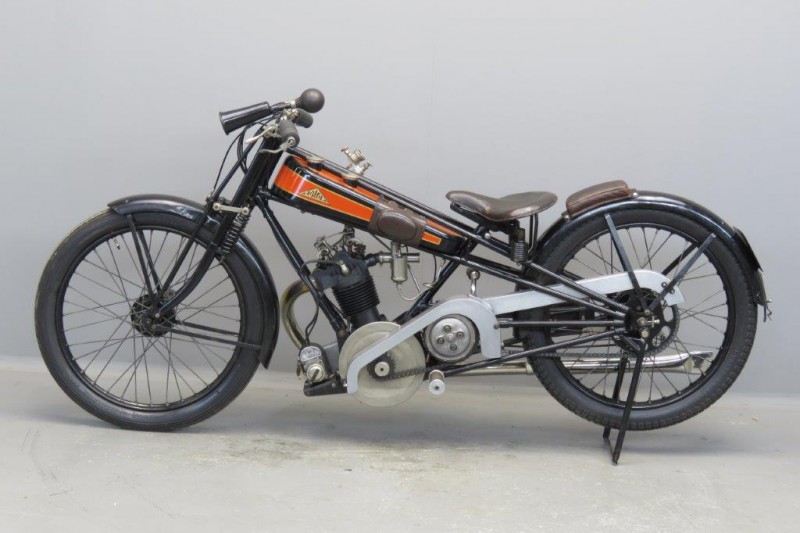 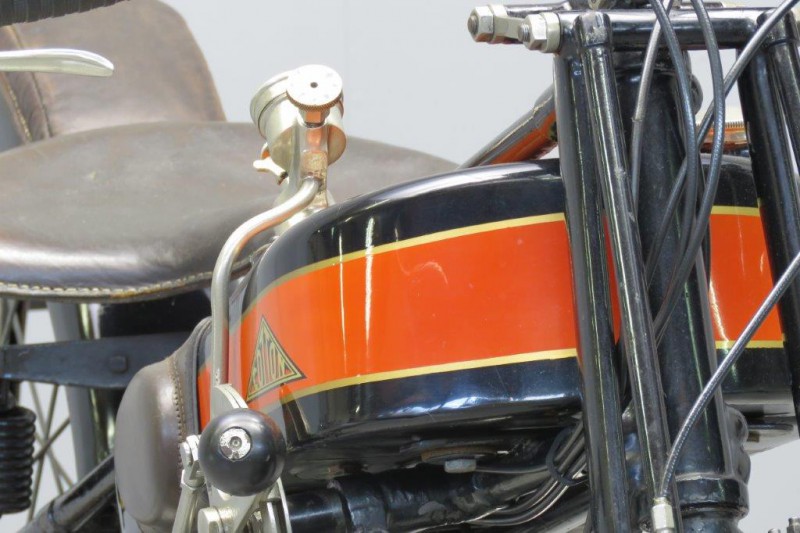 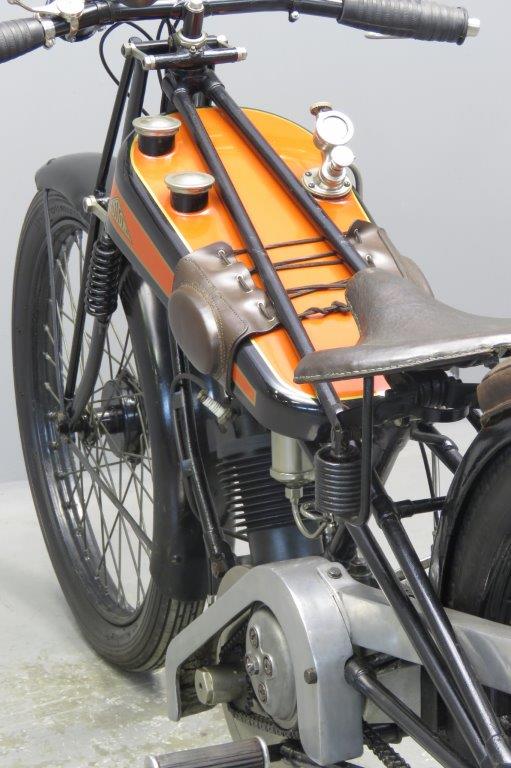 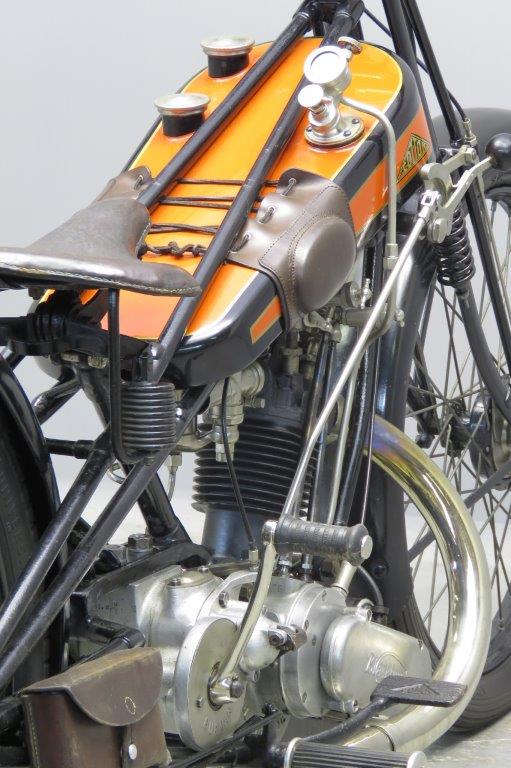 The Glouchester-based Cotton factory was one of  many small manufacturers that used proprietary engines in the years between the first en second world wars.
But there was something quite special about the Cotton, that made it much more successful than most other small makes: its frame. The frame that Frank Willoughby Cotton designed  around 1914  was of triangulated construction, very light and exceptionally strong.
Cotton was studying law at the time, but after WWI he decided to become  a motorcycle manufacturer. In 1922 Cotton entered three machines for the Junior TT; an unknown young Irishman by the name of Stanley Woods rode his Cotton to an impressive 5 th place, despite a number of alarming mishaps during the race such as the machine and rider catching fire during refuelling!
The next year Woods rode again for Cotton and he scored his first of 10 TT victories, being only 19 years old. Cotton had proved the very good roadholding and cornering qualities of his bikes and the make was to win many more races.
Most racing successes were achieved with the fast and reliable Blackburne engines. In the years after WWII Cotton left the triangulated frame  principle and scored successes in moto-cross and   road racing.
The 348cc OHV Blackburne Cotton presented here is a direct ancestor of those TT winning  models  but has the benefit of a kick starter.
This vintage super sports machine was restored and owned by Eric Langton, the  famous Speedway rider from England in the  twenties and thirties.
He took it with him when he emigrated to Australia in  1957 and after he died the motorcycle returned to England.  It has new BE tyres fitted, new clutch plates, and new drive chains.
The magneto was rebuilt by a previous owner, the gearbox fitted is the strong Burman three speed unit.
It has TT type greasers fitted to the rockers and a straight through exhaust.
The machine  comes complete with leather knee pads on the petrol tank, a leather pad on the rear mudguard, a leather tool box and a period bulb horn.
The paint work is not new and  the general condition of the bike adds to its attractive appearance.