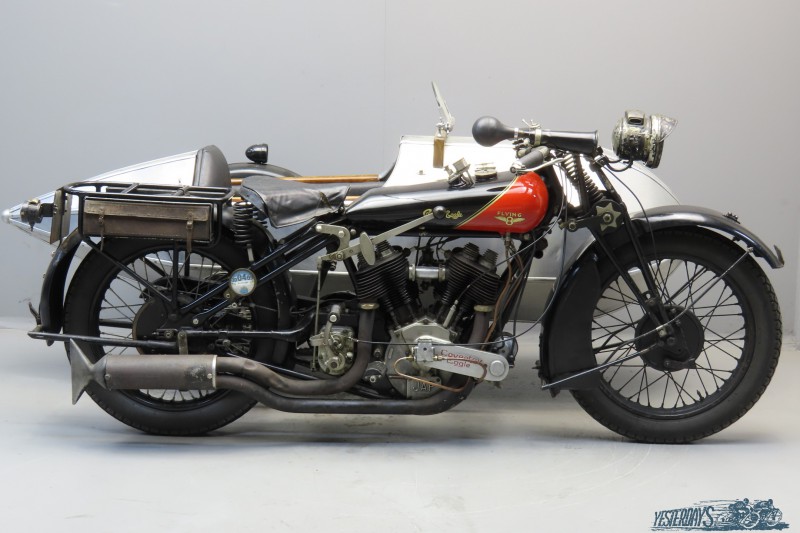 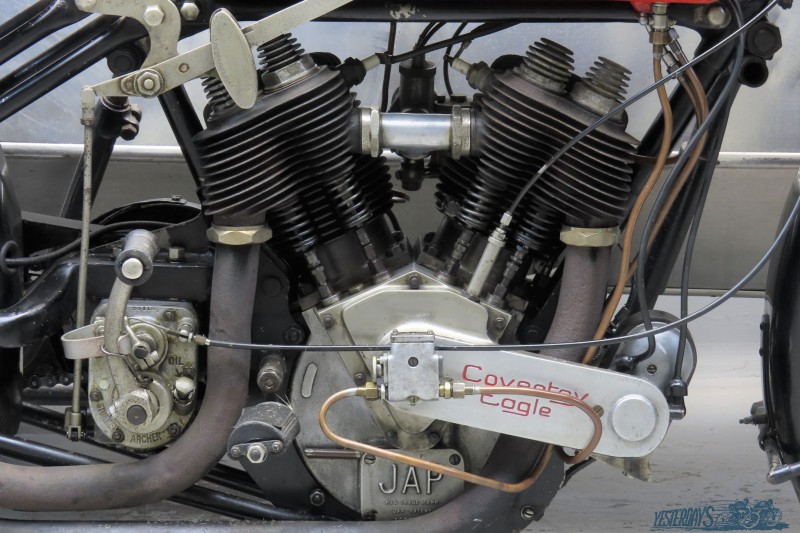 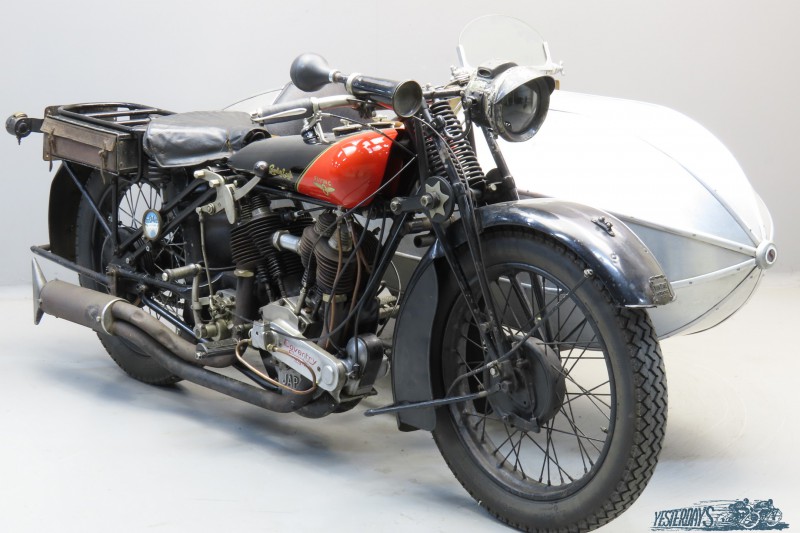 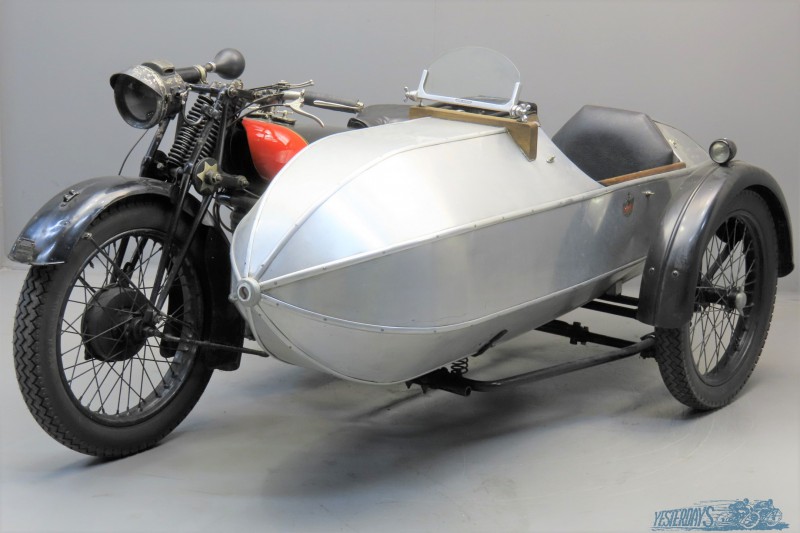 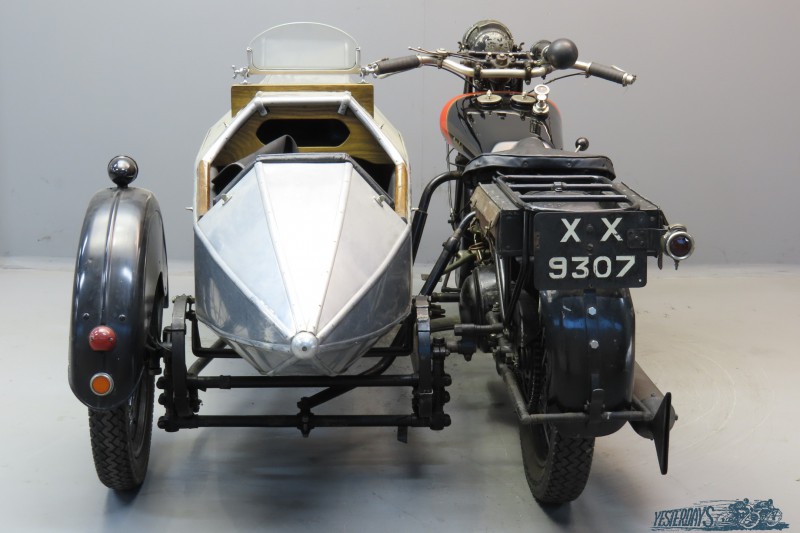 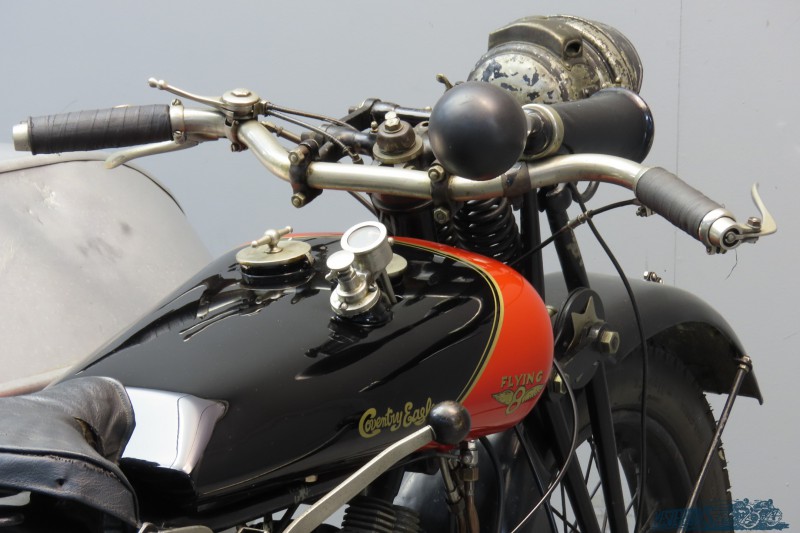 The Coventry-Eagle Cycle and Motor Co. produced motorcycles in Coventry between 1899 and 1940. Production began with the building of bicycles and tricycles assembled from bought-in parts. These cycles were well-built and popular, which accounted for the continued success of the firm. Already before 1900 the company started to produce motorcycles and over the years various brands of engines, both two strokes and four strokes, were employed. In 1923 a sporting model with JAP V-twin engine was marketed, the “Flying-8”. With its 980 cc JAP V-twin engine and muscular good looks, this model became a worthy rival for the Brough Superior and a formidable Brooklands racing machine. In 1926 the side valve version was joined by a new overhead-valve engined Flying-8, again JAP powered. Within a few years however, the onset of the Depression had forced Coventry-Eagle to shift their focus. The firm started concentrating on bread-and-butter lightweights until it ceased motorcycle production in 1939. The last ohv Flying-8 left the factory in 1930 and the final side valve model the following year. Very few of these expensive models have survived. To compare some 1925 prices: the 996 cc BSA V-twin cost £90, The F8 £125 and the Brough Superior SS80 £150. In “The Motor Cycle” of October 16, 1924 we read about Flying-8 modifications for 1925; the frame has been stiffened by engine plates that are carried completely round the crankcase and from the base of these plates torque members extend to the rear fork ends. Other modifications include the fitting of a Terry saddle, 8 inch diameter internal expanding brakes on both wheels and an adjustable handlebar.
This Flying-8 is a road-registered older restoration and she comes with Swallow-type aluminium bodied sidecar. The original British XX9307 registration refers to the London area; the XX combination was issued from February to April 1925. The accompanying old V5 document states that the machine was first registered on April, 8, 1925. Accessories of this mighty and rare combination include acetylene front and rear lamps and Lucas bulb horn.