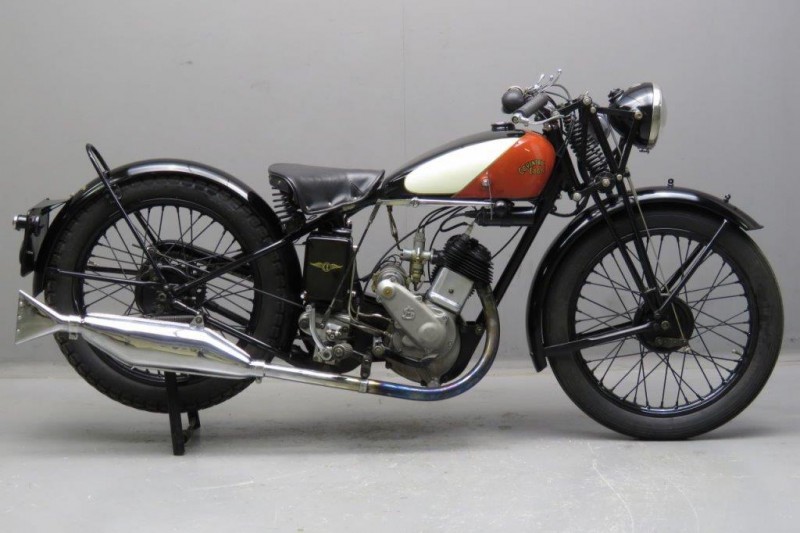 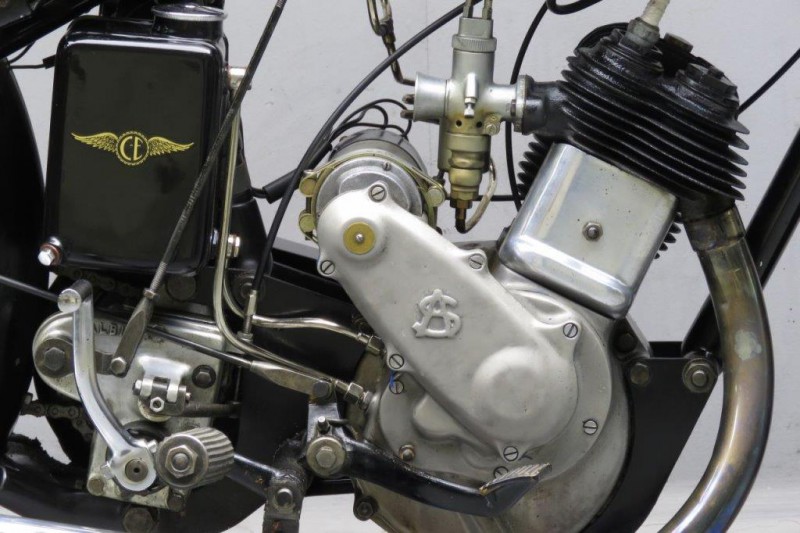 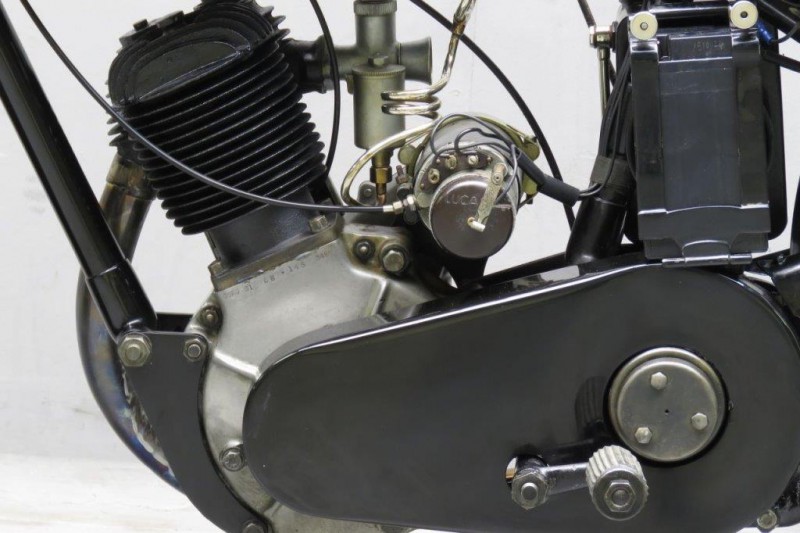 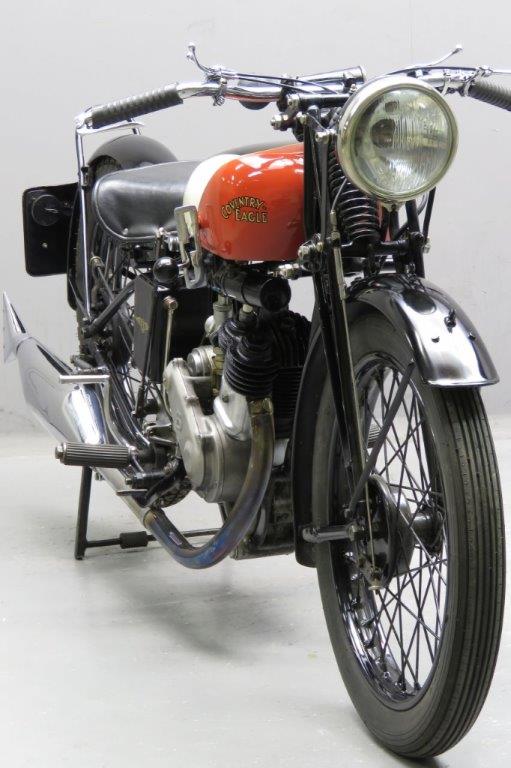 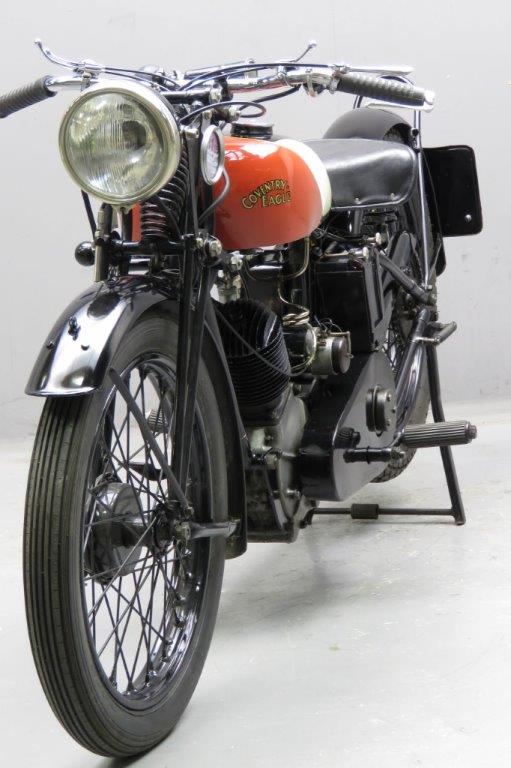 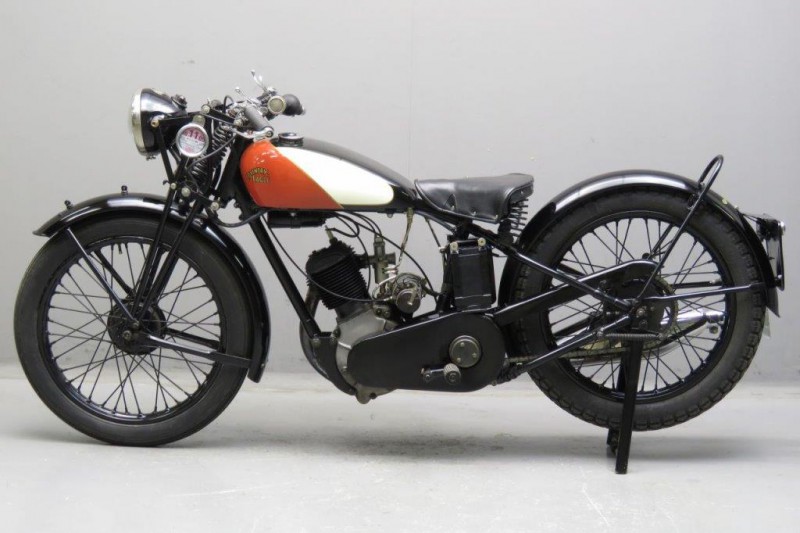 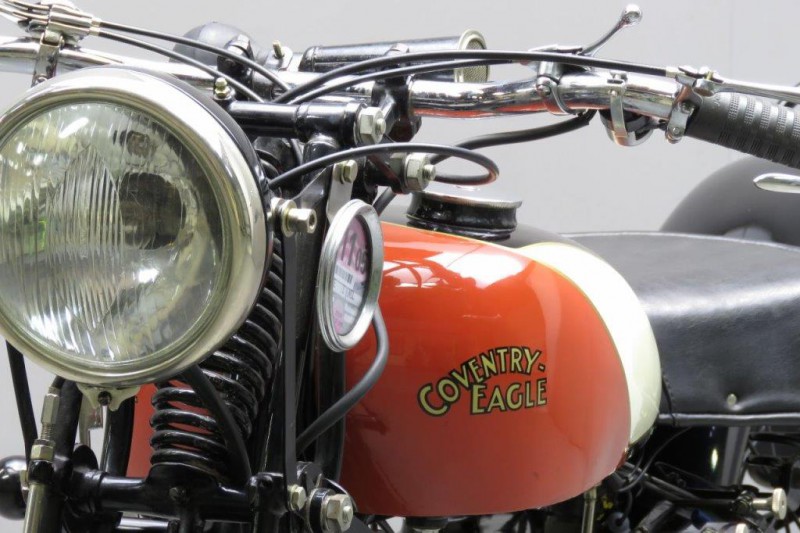 The Coventry-Eagle Cycle and Motor Co. produced motorcycles between 1899 and 1940.
Production began with the building of bicycles and  tricycles assembled from bought-in parts.
These cycles were well-built and popular, which accounted for the continued success of the firm. Already before 1900 the company started to produce motorcycles and over the years various brands of engines, both two strokes and four strokes, were employed.
In the twenties a sporting model with JAP V-twin engine was marketed, the “Flying Eight”.
This model soon gained fame and was was to become the second most expensive machine on sale  in Britain.
The 1931 colour scheme was black with ivory tank panels and carmine nose.
The  range consisted of a dozen models ranging from a  196 cc Villiers-engined  two-stroke to a 996 cc JAP-engined V-twin. Our G45 is powered by a Sturmey-Archer engine and has a three speed Albion gearbox. Ignition is by battery and coil and the machine is fitted with dry sump lubrication. She’s a pretty older restoration.