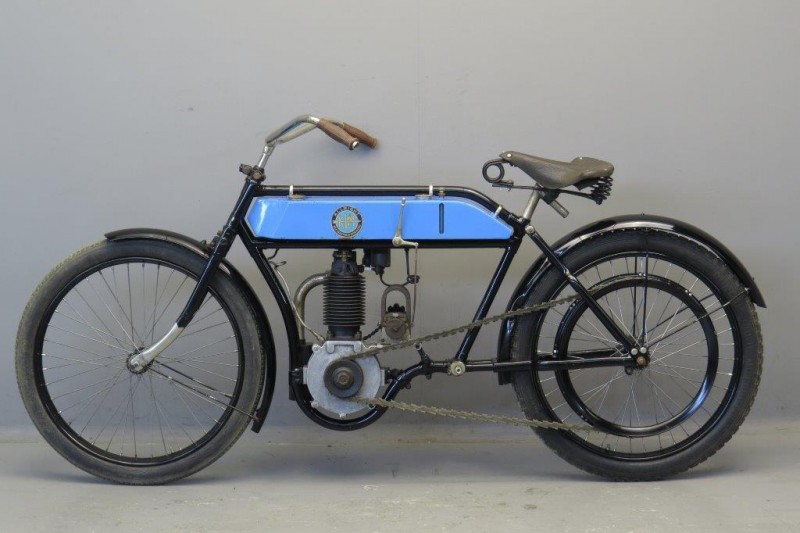 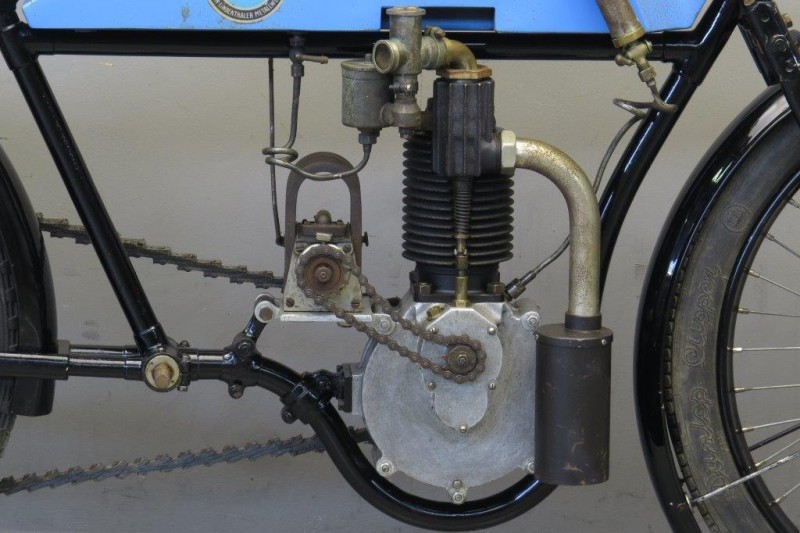 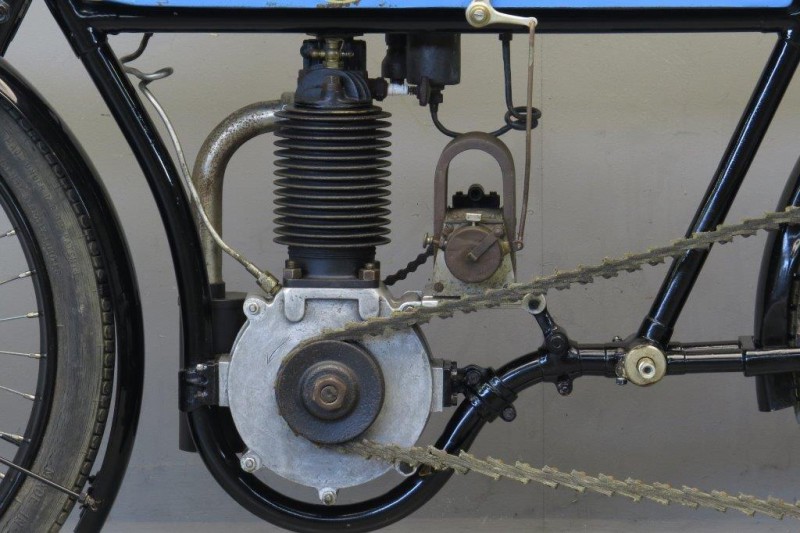 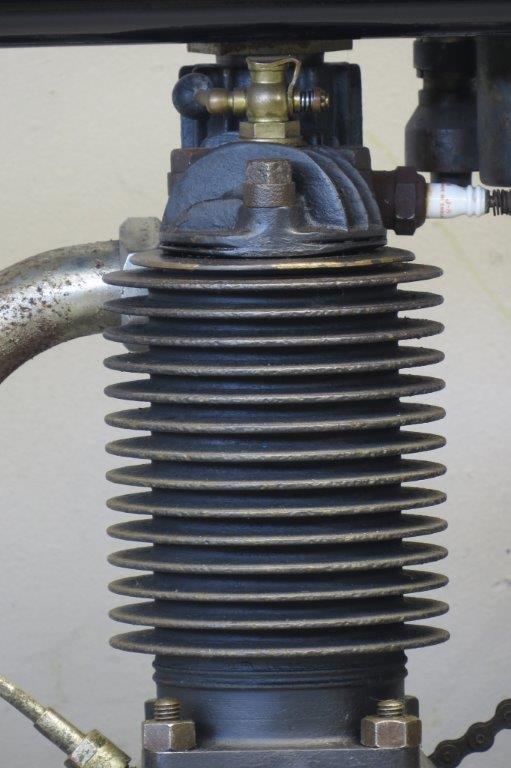 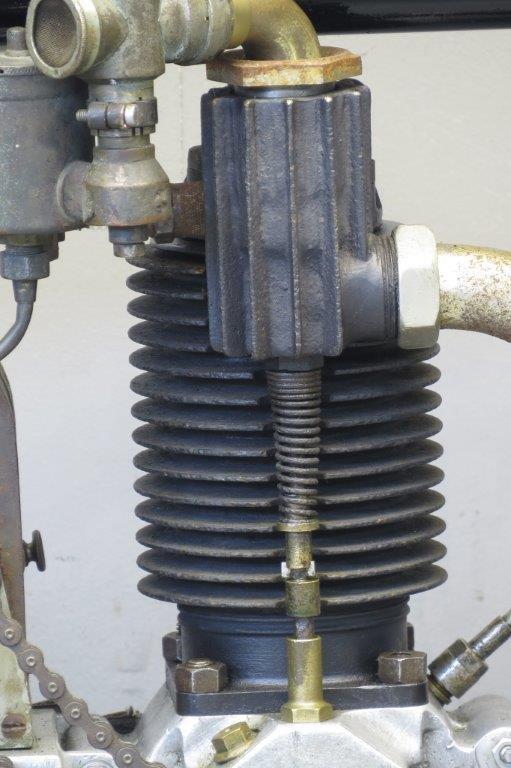 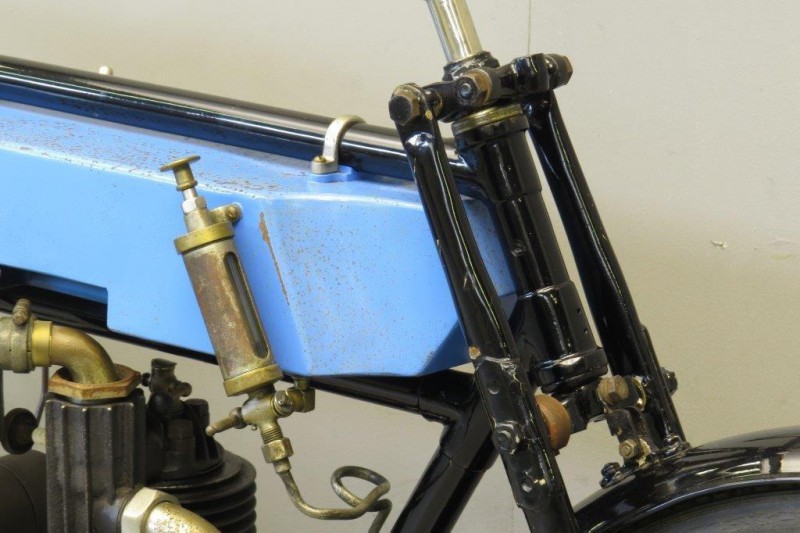 General  layout and design suggests it to be of the 1905-1914 period.
The engine has an atmospheric inlet valve and a detachable cylinder head which is bolted to the cylinder by three bolts.
An open type Bosch magneto is fitted ,and the carburettor is an early Amac.
There are no markings on the engine which can identify the make.
The frame has a loop  into which  the engine is neatly bolted and rigid front forks are fitted .
Both the frame and the  tank have a curve at the back to give a lower saddle position,   common practice around the 1913-1914 period.
Wheels are  26” with Westwood rims.

This veteran survivor  was once part of the Murray museum collection in the Isle of Man  which suggests it could be a British make.
In period literature there is a strong similarity with the Coventry Eagle make.
There’s  a bottle of wine ( No, not  Chateau Coventry!) waiting for the person that can positively identify this machine….