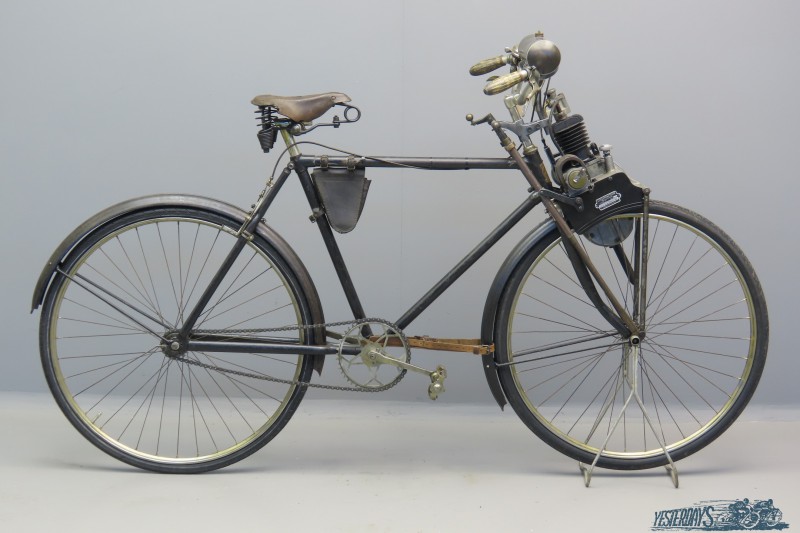 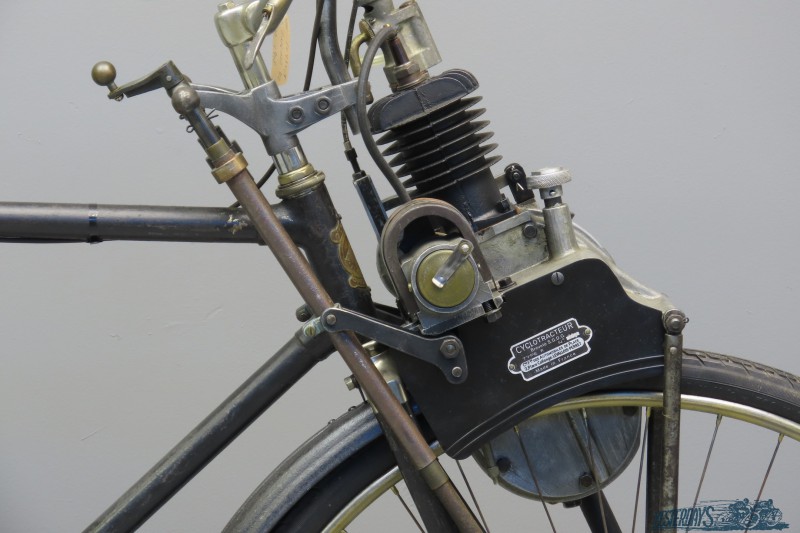 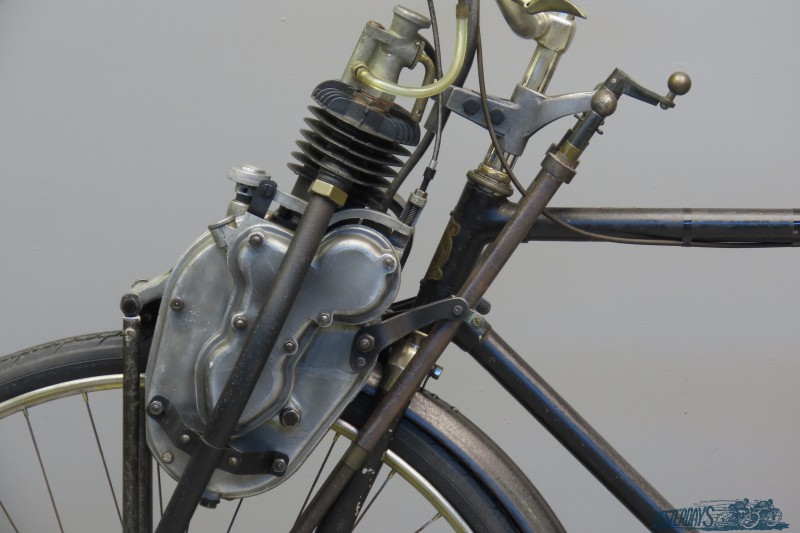 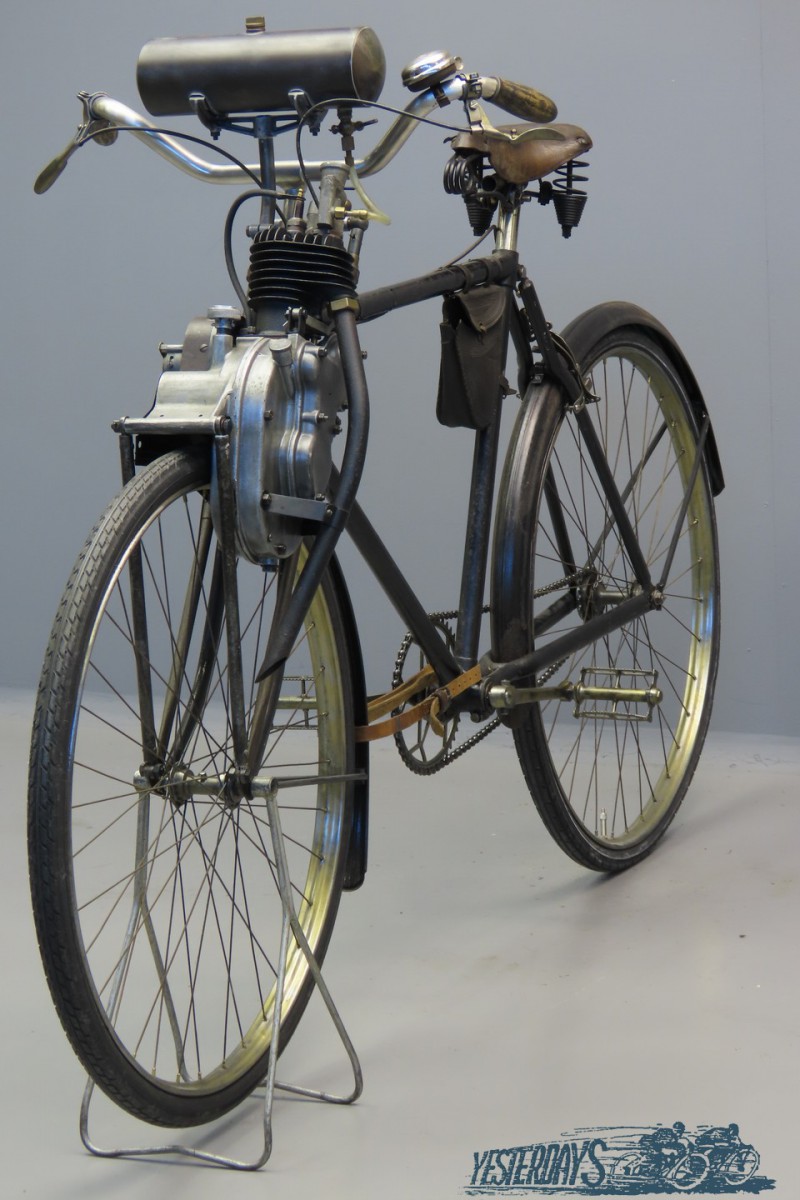 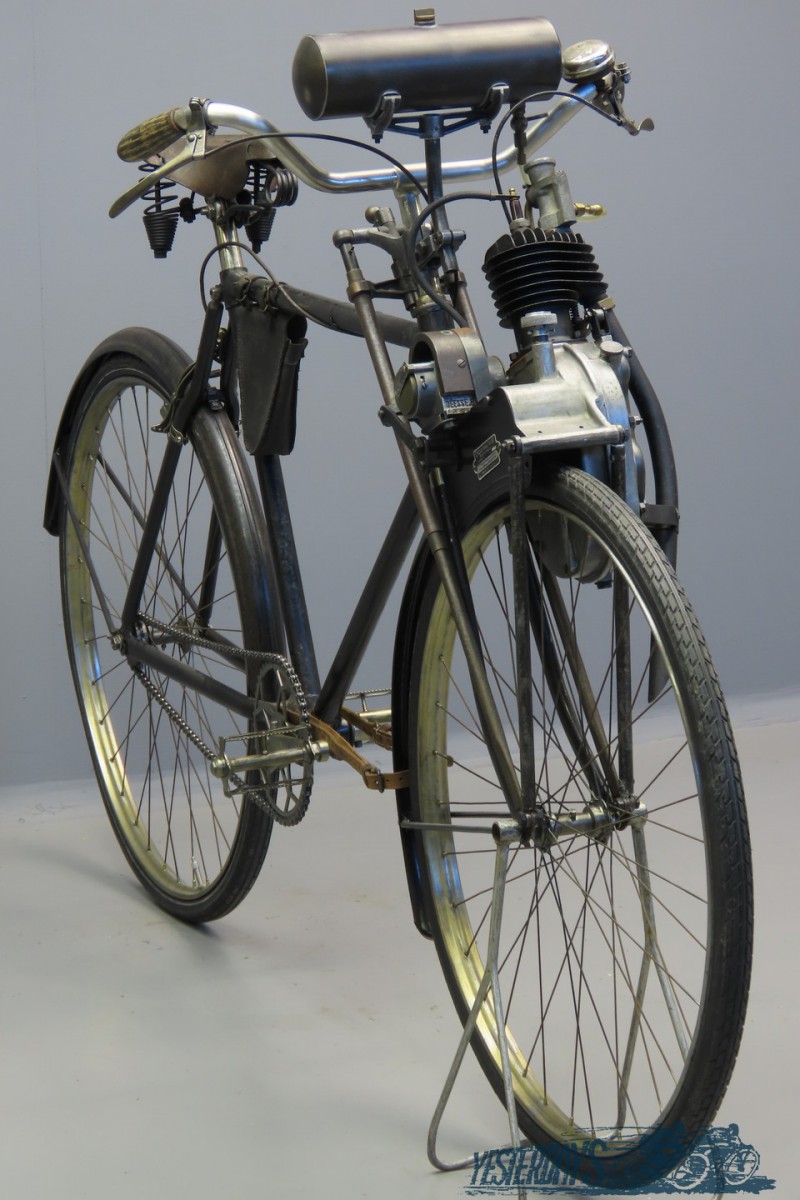 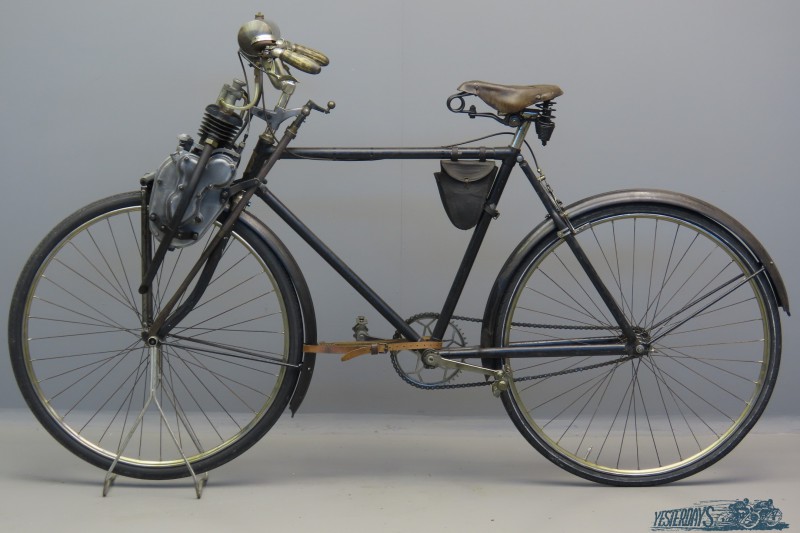 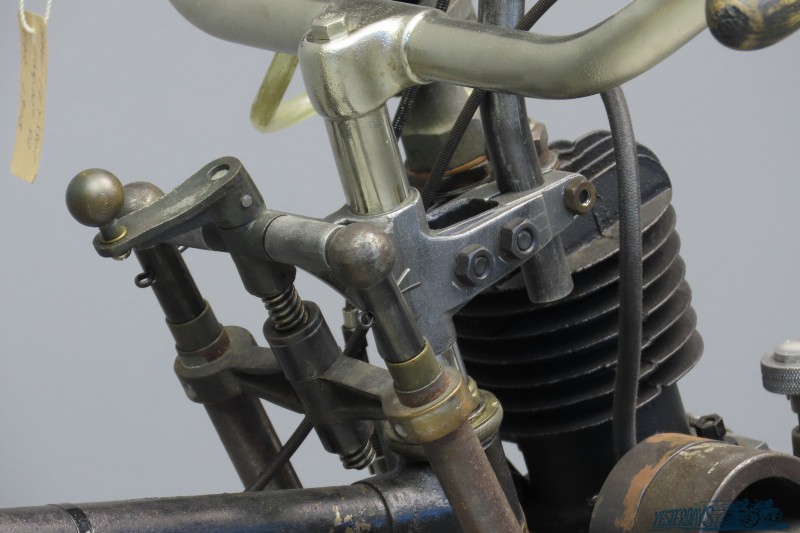 This little auxiliary engine was considered quite innovative when it was first displayed in 1913 at the Concours Lépine in Paris. Louis Jean-Baptiste Lépine, who died in 1933, was a lawyer, politician and inventor who was head of the Paris Police from 1893 to 1897 and again from 1899 to 1913.
Lépine decided to create a competition for inventors that continues to be held annually to this day.
It was originally intended to encourage small toy and hardware manufacturers, but over the years it has grown into an annual event that includes a multitude of innovative ideas.
The “Mototracteur”, as it was first called, won an award at this show in 1913 and was put in production in 1914.
The war stopped further development but in 1919 the Compagnie Française des Automibiles de Place presented an improved version, the “Cyclotracteur”.
The 50×55 engine displaces 108cc and delivers 1½ HP @2,500 rpm. Its weight is 30 lbs.
Inside the timing chest is a train of gears that drives the magneto and the oil pump.
The side exhaust valve is mechanically operated, the automatic inlet valve is situated directly under the carburettor.
The drive is transmitted through the front wheel by a friction roller. Two types of roller were available, a ribbed cast iron one for dry weather and one covered with emery for when it was wet.
A small tram handle behind the headstock raises and lowers the engine unit on telescopic tubes.
From the end of 1919 the engine was imported in Britain for some time by a London firm.
For Cyclotracteur details & road test see Philip Tooth’s article in “The Classic Motorcycle” of June, 1990.
Teyssot bicycles were made in the town of Vienne in the Isère region in the south-east of France.
This very early example comes in good original and unrestored condition and is running fine.